All Daisy could remember after partying through Friday night with her girlfriends was getting drunk and taking an uber home. She could barely make out what time it was as she struggled to open her eyes. The fragrance of the room smelt heavenly from that of her apartment and the window blinds were different.

That was when it dawned on her that she was not in her apartment. She quickly but carefully took a mental picture of her environment. She tried getting up from the bed but was hit back by some heavy dose of hangover, which probably accounts for her temporal amnesia.

"Ouch! I must have had too much to drink", she said to herself.

She gradually sat up and noticed, to her gravest shock, that she was putting on a man's shirt.

"This can't be happening, I must be dreaming. What am I doing in a man's shirt and in a different apartment?"

She tried to remember if she hooked up with someone from the club but nothing came to mind. All she remembered was standing by the roadside on Main Street, and phoning an uber for a pick up. Everything else was foggy.

"No! no! This is bad. This is beyond bad. Where is my phone?" Her monologues, the only sound in the room.

She began a frantic search of the room. Then she noticed a note on the bedside table.

Went for my morning run. Will be back soon with coffee. -- F.

She found her phone close to the note. She picked it up and dialled Cassie, her friend and an accomplished lawyer who is gradually climbing up the ladder in a prestigious law firm. It was Cassie who threw a celebratory mini party at the club for her friends the night before because she won a big case.

"Cassie! Thank God I got you".

"......not online presently but you can leave me a message at the sound of the beep".

But she quickly ignored them and tried calling her other friends at the party when the door to the apartment suddenly opened. 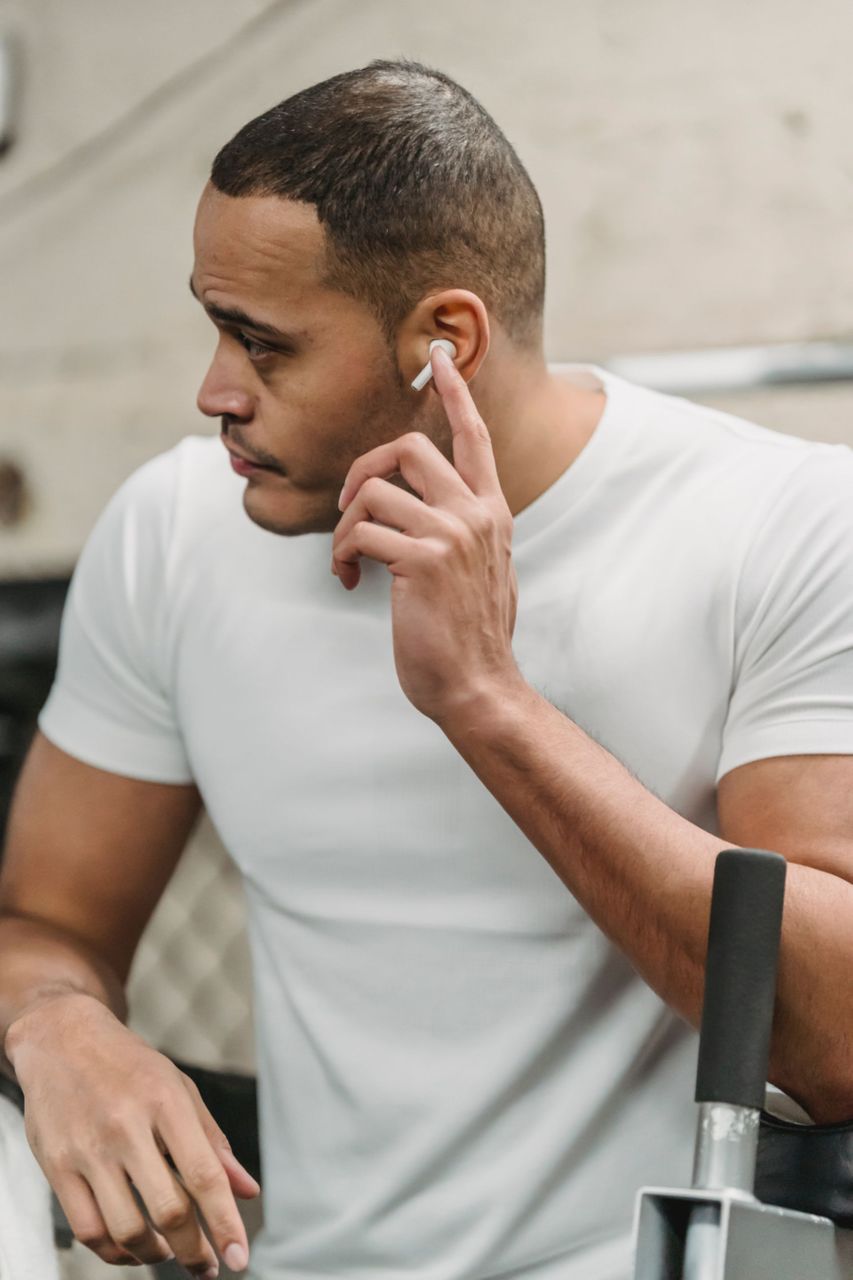 Source
Daisy quickly switched into fight mode, picked up an empty vase by the window and walked out of the bedroom into the sitting room with her other fingers on the speed dial for 9-1-1. In the sitting room stood a tall, muscular African-American handsome man drinking a bottle of water.

He glanced at her and the water bottle slipped from his hands onto the floor when he saw Daisy with a vase in her hand, her eyes, bright and wildly staring at him.

"Don't move or I swear I am going to hit you hard with this vase," said Daisy.

"Please," the man said with a subtle grin, displaying a set of clean, white teeth. "Can you put down the vase? It's all I have left of my granny to remember her by."

Daisy took a look at the vase then back at the stranger. She wielded it as if she was going to smash it.

"Then you better start talking fast! Who are you? Where are my friends? What did you do to them?!"

"Your friends? How am I supposed to know that?

"Where are my clothes?! Did y-you…? Did we…?" Daisy stammered, blushing furiously.

Handsome man grinned again. "No, we did not. You puked all over yourself, so I gave you my shirt and you changed into it. By yourself."

Suddenly she recalled the said event. She wobbled back and forth and fell on the sofa close by. The man quickly took the vase from her and placed it on the table then sat beside her.

"You did not drink the water I placed by the bedside. You are suffering from hangover and you need to hydrate."

He assisted her to the bedroom and gave her a glass of water. She thanked him and drank the water. The man looked at her and narrated how he was driving by the Main Street and saw her waiving him down. He stopped to give her a lift but as soon as she entered the car she started babbling about how uber guys were unreliable. And when he turned to ask her where she was going, she had passed out. So he decided to take her home as it was already around 2 am.

"I'm really sorry. I'm not usually like this," Daisy said as her face turned bright red again. She covered her face with both hands as if to hide from the man. "Gosh, what a stupid, risky thing to do. You could have been anybody."

"Yes I could have. And you looked adorable by the way. I am Franklin Coates. A heart surgeon at John Hopkins hospital." He stretched out a hand. Daisy smiled shyly and shook his hand.

"I am Daisy Stones. News presenter with CNN."

"I know. A pleasure to meet you, Daisy."

"Here. I picked up your clothes from the laundry on my way from my run."

Franklin removed her clothes from a pack, neatly folded. Daisy's phone vibrated. "Sorry I have to get this, it's my friend Cassie."

"Cassie! Where are you? Where have you been? I tried calling and it went straight to voicemail."

"Sorry about that. I was probably still sleeping off the hangover. Are you okay? Did you get home safely?" Cassie asked.

"No, I am at Franklin's house. A stranger I mistook for an uber driver."

"What?!!" Cassie could not believe her ears. "That's dangerous, Daisy. Did he hurt you? Are you okay? I'm sure he's a pervert or a hideous murderer pretending to be what he's not...."

"No, I am going to stop you there. He has been nothing but nice."

"That's how they all behave until they have the perfect opportunity to pounce, steal your money, credit card or even steal your identity."

"Cassie?! Stop that. Franklin is not like that and all my stuff is still intact."

"Okay, just be careful. Leave your phone location on and call me as soon as you get home".

Daisy ended the call and made her way to the sitting room. She found Franklin making the table. Franklin turned and smiled.

"Breakfast they said is the most important meal of the day, so, bon appétit. I can drop you off on my way to work."

Daisy thanked him and started eating. As they ate together, they both recounted the event that brought them together, laughed and got to know themselves better. Franklin dropped Daisy off on his way to work as promised and they exchanged phone numbers to keep in touch.