The fanciful wedding in Umueze -the Inkwell contest

In Umueze village, there was a widow that is been seen as the cause of the so many calamities happening in the community. Stories has it that if this woman get to know about any celebrations in your family, the celebration will be ruined in one way or the other. Some believed they lost their fiancés just because these widow got to know about it, while some said she was behind their sudden fall in business. In fact, this widow was referred to as the witch of Umueze.
Adaku is a smart, intelligent and beautiful lady who lives in Victoria Island, Lagos State. She's a talented entrepreneur and is doing amazingly well. However, she got to the stage she is all by herself, as she had no one to depend on. She sees to her bills and also caters for her mom and her two junior brothers in the village (Umueze). Her dad died a month after she graduated from college. Afterwards, she was taken to Lagos where she stayed with her uncle for few weeks before been taken to where she served as an apprentice for 4 years.
To fulfill her father's dying wish, Adaku has always been adamant about the venue she chose for her wedding, amidst many displeasure both from her immediate family and that of her husband to be. They are all concerned about what the wedding might turn out to be, if it takes place in Umueze. "Ada my daughter, you know the number of dignitaries, my husband has invited for your wedding, and I wouldn't be happy if things don't turn out well. You know what that witch in your village is capable of, if anything happens on that day, it would be a disgrace to our family". Says her mother in-law (Mrs. Augustina). Ada responded her by saying "mama don't worry about anything, my wedding will put an end to all that". Everything will go as planned she promised. However, amidst myriads of displeasures, Adaku succeeded in convincing her husband to be and his people into accepting that the wedding will hold in Umueze. The date has been fixed and the news has gone to Umueze, to the kinsmen in order to state their own minor preparations. 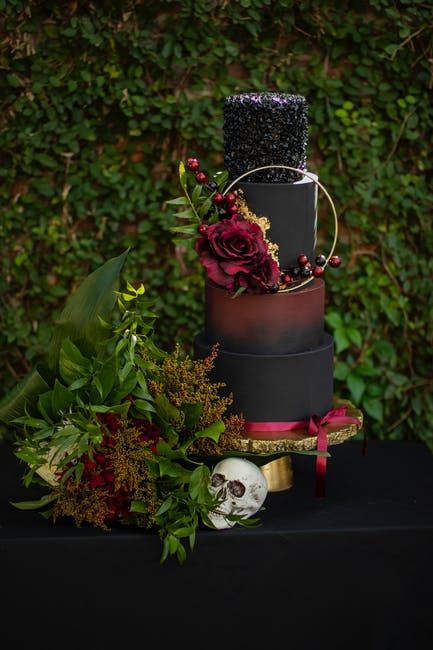 The anticipated day had finally come, everyone has gathered at St. Joseph's Catholic Church Umueze, where the wedding is to take place. Not all that were available were actually for the wedding, as some came just to watch how things will turn out. In no time, the groom with his family and the invited guests have arrived at the church for the commencement of the church service. All thanks to God nothing silly happened in the church during the service, however, Umueze people, knowing the inevitability of such, never gave up on their expectations.
After the church service, everyone has moved to the church's event hall, since the reception will be taking place there. The reception commenced very well and things were going smoothly until it was time to bring the wedding cake forward. Adaku's mum was all filled with happiness at the level of progress they have witnessed without any interruptions, as she showed it in her dance steps. As she was dancing, she unconsciously stepped on her dress and staggered towards the baker conveying the cake and the cake fell down and messed up the floor. It wasn't pleasant to everyone, but this is minor compared to what had been happening in other people's. This was the only silly event recorded on the wedding, Adaku was satisfied, so also was everyone that came. Hence the fanciful wedding has put an end to the unfortunate events tormenting the people of Umueze.