There Was An Old Woman: The Inkwell Prompt #20 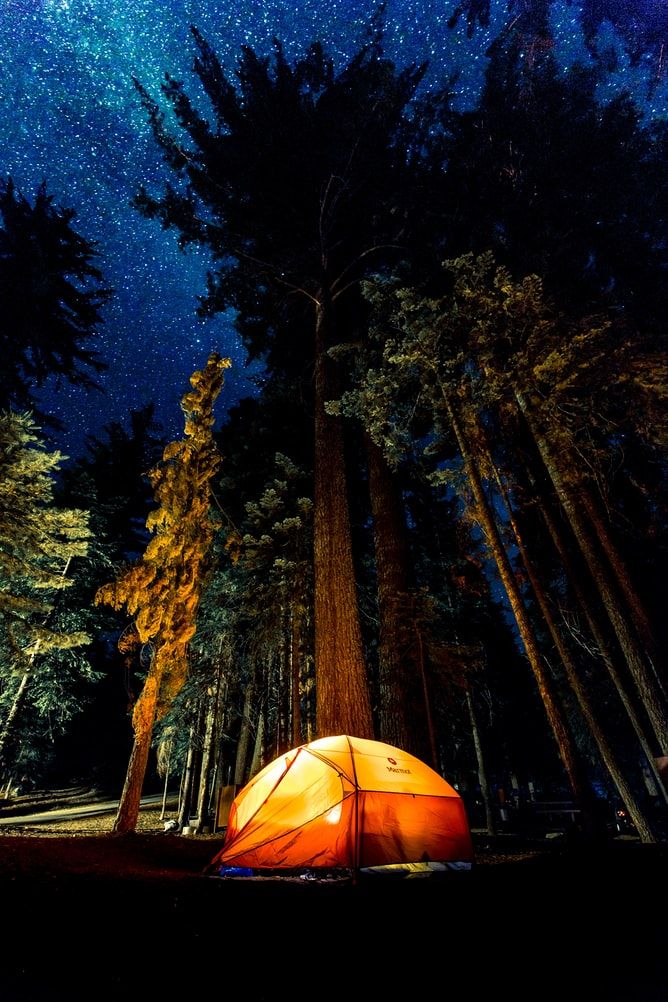 In the darkness, all was quiet save the croaking of frogs and the chirping of crickets. There was the thick smell of green life in the air. In tents and sleeping bags around, everyone was sleeping.

His eyes were wide open as he laid in the semi-darkness of the tent, staring at nothing in particular. He tossed again, punching his pillow into a better shape. He was restless.

He and his classmates were on a summer camping trip to a remote community in the suburbs of the city. Here, the trees appeared greener and their trunks seemed thicker than the usual trees.

"I heard it's because the woods are haunted." Nate had said when Jason made the observation. They were on their way to the section of the woods where they would camp. They hurled their backpacks along with others.

"What?" Jason had been shocked. This was his first summer camp whereas this was Nate's third camping trip. He knew all these sorts of things.

Before Nate could explain further, they got separated as they were assigned to different sections of the camp.

Surrounded by big trees with a large canopy of leaves, they were isolated from the city.

"Be careful you do not step on a snake." The Instructor said as he began to collapse his tent, showing a group of children how it was done. "Or a scorpion."

"I heard they're dangerous." A girl commented, looking on the ground as though one would appear suddenly.

"Yes." He agreed, "but I say not to step on them because you might be stepping on our next meal."

"Eww." The girl screwed her face in disgust as the Instructor burst into laughter.

"I'm just kidding. We have enough food for everyone."

It was during the bonfire that Jason was able to meet Nate again. He needed to learn more and confirm the haunting story.

"Of course it's real," Nate said, his chest puffed with the confidence of one who knew what he was saying. "There's an old woman who takes care of the woods, she walks around with two sticks. One in her hand to help her walk and the other in her mouth to clean her only tooth. Yeah, she has only one tooth."

Nate was enjoying the reaction, his listener looked scared. "It's said her children abandoned her here and moved to the city. So she likes campers because we remind her of her children. And whenever we're camping, she comes here."

Jason felt a chill climb up his spine, he hugged himself, rubbing his arms to ward off the chill. "So, have you seen her before?"

Nate thought of this, then looked away. "Yes, but she didn't see me."

He added the last bit in a hurry that Jason had to ask, "anything wrong with her seeing you?"

"Everything is wrong with her seeing you! If she sees you and realizes you're not one of her children, she'll spank you with her walking stick."

At that time, Jason decided he had heard enough. Not long after, the bonfire was put out and they retired to their tents and sleeping bags for the night.

And now, over three hours later, he was still unable to sleep. Each time he closed his eyes, he saw the old woman with only a tooth. What if she was walking around right now? What if she snuck into his tent to spank him?

He turned again in the bed, his eyes shut tight as he tried to force himself to sleep.

That was when he heard the shuffle.

His eyes sprang open at once, his ears alert for the next sound.

It came again. And again.

Footsteps were shuffling towards his tent. Fear churned in his stomach, his heart raced as the steps got closer and closer.

He turned slowly, trying to check if he could catch a glimpse.

It was a full moon outside and the night was bright. As the figure walked by the tent, the silhouette fell against it, outlining the figure of the old woman.

Jason cupped his hand over his mouth to stop a scream from passing through. Once she knew he was awake, she would spank him for sure. He could clearly see the shadow of her walking stick and also the chewing stick stuck in her mouth. That was an image he could never un-see.

She stopped by his tent, as though to look around.

Please go. Jason begged in his head, sitting up from his bed. Please don't stop here.

And just as suddenly, the old woman began to shuffle off, her shadow left the surface of the tent and her footsteps eventually faded out.

His heartbeat slowing down once more, he laid back on the bed. Thanking God for surviving the close shave.

But now, he knew for sure he would not be sleeping for the rest of the night.

The End.
This story was in response to the week's prompt Summer Camp. Feel free to try it out.
Thank you for reading.

Feel free to connect with me via my Discord handle below:
bruno-kema#1355