Surviving the Zombie Apocalypse, on a Scooter 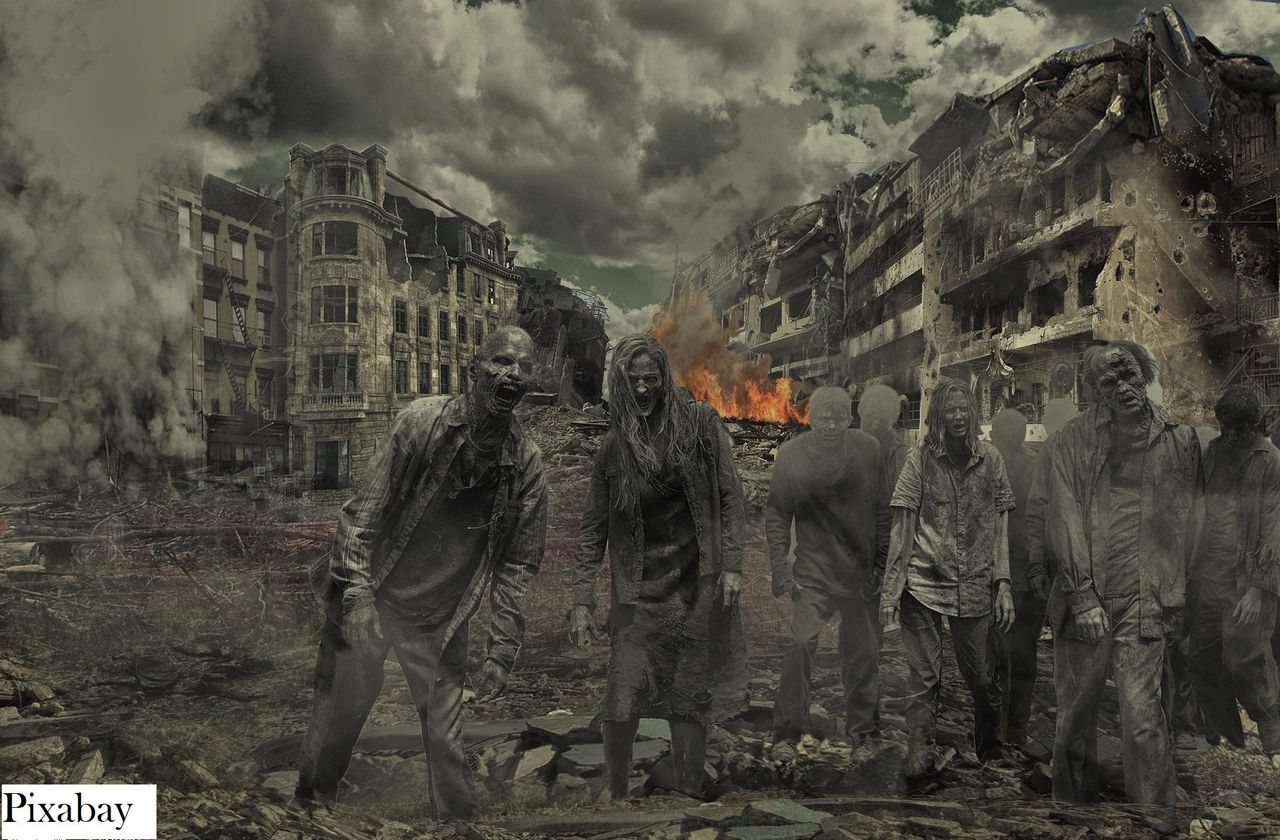 The swarm was getting closer. He tracked its progress on a wall-sized map. The latest report on the CB placed the swarm's location just four miles east of his cabin, a rustic refuge that had kept him safe for more than a month. How many cabins had there been since the plague began?

At first, he shared his pilgrimage with twenty survivors. But all of them had fallen away. Accidents, disease, depression. A Zombie Apocalypse was nature's way of weaning out the weak.

One advantage the Living had over the Dead: a CB radio. Though Zombies demonstrated the tendency to evolve, they had not yet mastered this critical instrument of communication. The CB allowed the Living to stay one step ahead of the advancing horde. Survival stations across the globe relayed sightings as the swarm spread into new territory.

Tonight the message was clear: Get out. A boat would be leaving from Nagasought Pier at midnight. The swarm had not been detected across the Natter Sea. Although Zombies could tolerate water, they could not pilot a boat. And swimming more than a hundred miles was beyond their ability.

Something the Zombies had on their side: an acute sense of smell. They could pick up human odor from miles away. They'd catch his scent as soon as he started to move around outside. Labored breathing and perspiration would exude an aroma that screamed 'Food' to Zombies.

Speed was critical. His bioenergy scooter ensured safe passage. The scooter was designed to negotiate rough terrain, and it ran on recycled garbage. His friends had laughed when he bought this curiosity. They were all gone now. Only he remained.

He packed sufficient food to last three days. Would there be provisions on the boat? He'd need enough for a journey across the sea. He pulled a freshly laundered shirt and pants from his closet. Neoprene gloves. Night goggles. Helmet. Knapsack.

Uncover the scooter and roll it to the front of the cabin. Push the rough-hewn door wide and inch the scooter through. An escape, again. To continue a life of listening, waiting, running. Existence stripped bare. The only thing that defined his humanity now was life itself, the opportunity to seize another day.

The scooter roared as he revved its motor. He never looked back at his cabin refuge, but drove purposely forward, into the dark night.

For those of you not familiar with the Ink Well community, every week we publish a prompt. Writers respond. This week the prompt was three words: Water, Scooter, and Midnight. I couldn't resist. Then I read @sunnyag's story and was blown away by the title. I had to think of something snappy. This was the genesis of Surviving the Zombie Apocalypse, on a Scooter.

If you could tell I had fun writing this very brief story, fun is just a few keystrokes away for you. We don't welcome extreme violence, or graphic sexuality in the community. Other than that let your imagination roam.

Take these three words--midnight, scooter, water--and surprise us. Surprise yourself. I did :))