taskmaster445082
a month ago
inLeoFinance

Many of us keep beating the same drum:

This is something that the industry pays a lot of lip service to but do they really do that? Is it something that is high on the priority list of most projects?

The answer is an obvious "no". We know that most projects are extremely centralized. Perhaps they need to be at the start for efficiency. However, this is a major point of vulnerability. Unless people are very cognizant of the risks that are out there, they will be snake-bitten.

It is exactly what happened. 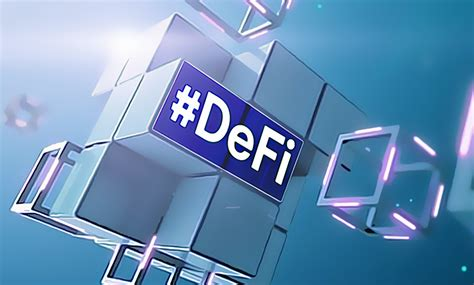 When Is DeFi Not Decentralized?

Some are finding out the hard way.

You go to a conference about your particular industry. This is a gathering like others of this nature. You meet colleagues, have a few drinks, and discuss what is taking place in the industry. For almost all, it is a time of learning, networking, and a beneficial experience.

The lone exception is you. While you might have had this experience, you also are handed a subpoena.

It is the experience of Terraform Labs CEO Do Kwon. The South Korean resident is fighting back by suing the SEC. Whether this is a viable path or not remains to be seen.

Here we see the second action by the SEC regarding this project. Kwon was emailed by them in May.

At issue is Terra’s Mirror Protocol, a decentralized finance (DeFi) platform on which synthetic stocks mirroring the price of major U.S. firms are minted and traded.

Obviously synthetic assets are going to garner a lot of attention. This is something that is in the scope of the SEC. As we can see, being outside the United States means little.

Hence we are confronted with the challenge. This is a DeFi project that is still getting attacked by the regulators. Therefore, the idea of being "decentralized" is not enough.

Whether the project itself is at risk of attack by entities such as the SEC is not the main issue. We know the governments have a problem with decentralized systems. Thus, we see they tangent to something they are more adept at dealing with.

The problem here is the point of vulnerability is a centralized entity. We have a company that is behind the development. It is where the SEC is focusing their interest.

“In a conversation on September 15, 2021, the SEC attorneys advised that they believe that some sort of enforcement action was warranted against TFL [Terraform Labs] and any cooperation, and implementation of remedial actions as to the Mirror Protocol, would result in a reduced financial sanction as part of any consent agreement,” the suit said.

It becomes clear very quickly where the downfall can be. Anytime a centralized company is behind the development or financing of a venture, it is not decentralized. We might see a product that is created which fits the description. However, from a legal point of view, there is a target.

And as we can see, it will be exploited.

This is similar to what UniLabs encountered. Even though Uniswap took measures to decentralize, even issuing governance tokens to get the decision making out of the developers' hands, the team cannot avoid adhering to the regulators. They are a point of weakness.

Of course, while the industry talks of decentralization, a great deal of the development we see taking place is funded by Venture Capitalists. These firms certainly adhere to regulations and are going to cooperate with the authorities. They simply have too much to lose by not playing along.

In reality, most of what is called "decentralized" does contain some point of vulnerability.

Founder's Stake, laboratories, or VC money all tell the same story. No matter what anyone says, the points of vulnerability are created. Over the next year or two, we are going to quickly see this utilized by the government entities to gain control.

Before going further, it is important to note that those targeted can fight back. We see this with Ripple and the lawsuit filed by Terraform Labs shows that action can be taken. Nevertheless, it is a long process which racks up legal fees.

It is far easier to simply operate around this.

With Hive, we see there is no Founder's Stake in any individual hands. It was converted to a DAO, which helps to fund development. This is determined by the voting of the community, with no single account having more than a few percent. This is the first layer of protection.

The development team is a mixture of people from different parts of the world. While Blocktrades gets a lot of attention, there are others involved. One of the key goals of the first year was to develop to the point where it could keep going without that team. The Hive Application Framework will help a great deal in this endeavor.

Hive is a distributed system. Many complain about the token makeup yet, when compared to most other blockchains, Hive is spread across a lot of wallets. As mentioned, no single entity has an major share. A few percent in raw numbers is rather large but it is not a point of total control. Just look at Tron, Ethereum, and some of the others to see how overwhelming the Foundation or Founder's Stake is (most of us lived that with Steem).

Finally, we are seeing development occurring through the use of funding from the DAO. The Decentralized Hive Fund is now paying a few projects that will expand the reach of Hive while also further decentralizing many aspect of the online world. We also see the geographic distribution since the individuals involved with and behind these projects are spread all over the world.

After the fork of Hive, it was reported that Hive Blockchain Technologies, Ltd wanted to stop the use of the Hive blockchain name. Of course, nobody asked for permission from this company, which was, logically, upsetting to them.

The resulting action, or lack thereof, tells the entire story. That company, or more accurately their lawyers, could not find anyone to serve. How do you sue someone who doesn't exist?

That is the case with Hive. There is no individual or company to go after. If this is true for a bunch of lawyers trying to serve a cease and desist notice, it also holds for regulators.

Unfortunately for Terraform Labs, while their application might be decentralized, their company is not.

"Centralized decentralization" can still be targeted.