Why regulatory scrutiny over Binance is also a threat to innovation 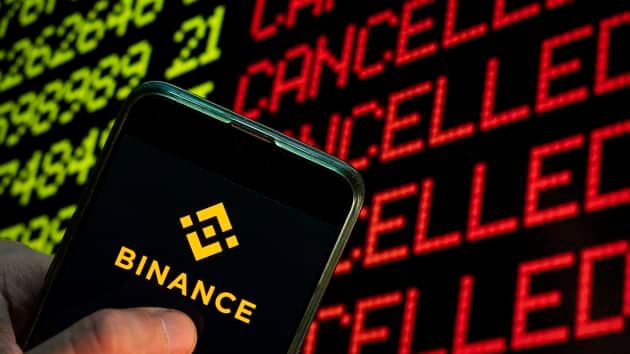 Last week, the name of the world's biggest crypto exchange, i.e. Binance, came up multiple times on a number of crypto-sites and traditional digital media sites. Apparently, a number of regulators have been going after Binance claiming that it is operating in their jurisdiction without a proper license. The complaint seems to have been the same from east to west.

Despite all these events, Binance still seems to be operating as it was as far as trading cryptocurrency is concerned. The exchange however did decide to stop coverage on something known as stock tokens. As someone with access to brokerage accounts, I wasn't aware of stock tokens. I do remember hearing about them a while ago but wasn't interested. So, I wasn't aware that this thing had grown enough in volume to attract the eye of the regulator in various countries.

What a stock token really is, is just a token that is backed by an equity that trades on Equity exchanges across the globe. So let's say someone in India, or Africa does not have access to stocks listed in the US, they can get exposure to the stock via a stock token. The best part is that even fractional shares are available to trade. So if you want to buy the share of Berkshire Hathaway, then you can own a small portion of 1 share.

Binance was already offering shares of Apple, Google, Microsoft, and Coinbase as tokens on its platform. On Friday, Binance announced that it was ending support for such stock tokens. Those who hold these tokens will have the opportunity to close their positions by October.

Technically, what Binance was doing was illegal. It did not have the legal right to engineer a derivative on a share and offer that derivative to retail customers. Moreover, such derivatives were also not allowed by regulators. Now, what Binance was offering was no different than stock futures, or CFDs. CFDs are pretty popular in the UK. Tokens are what the regulator had problems with.

Binance has now gone on a recruitment spree, something they should have done a long time ago. It is hiring ex-regulators and boosting its compliance departments. All good. I do not think stock tokens will make a comeback but at least Binance will eventually stop facing the ire of the regulators.

In my opinion, stock tokens were a great idea. We live in a globalized connected world. Everyone across the world is connected thanks to the tech developed by certain American tech giants. Facebook, Apple, Google, and Microsoft, all of them profit by generating ad revenue in countries in Africa, Asia, and Eastern Europe. Unfortunately, many countries in the aforementioned regions do not have well-developed capital markets that have products that help them gain exposure to international equities. With knowledge at everyone's fingertips, it is easy for someone in Nigeria to analyze a company listed on the Nikkei in Japan and they may want to buy or sell that company's share. Stock tokens could have easily grown to allow for that to happen.

Some of these developing countries do not have visionary regulators. Then there are mandates for capital controls. A global company without borders could have managed the risk that comes from providing stock tokens. Binance perfectly meets the requirements of such a global company. However, that is not to be.

Binance's idea wasn't novel. Fractional shares aren't new. Global access to stock markets isn't new. Americans have that access, the Brits have that access, even India has some of those opportunities. Binance was trying to fill a gap in this market by using the power of tokens. What could have helped was if the regulators asked Binance to provide information on its stock token activity for monitoring. However, they decided to kill the innovation, under the guise of retarded regulation.