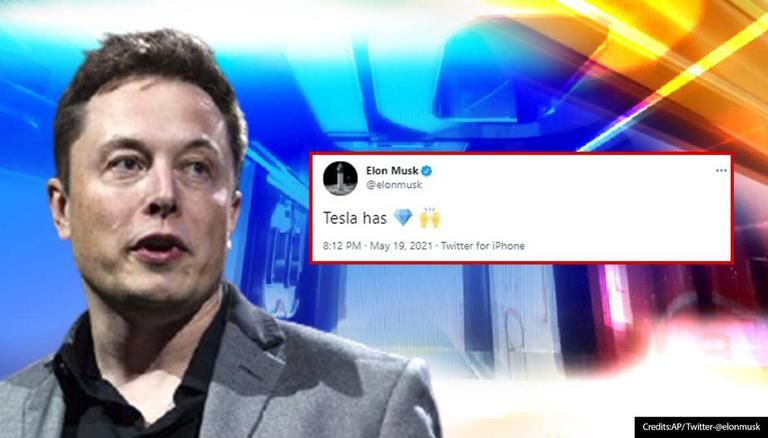 Elon Musk has disclosed that not only Tesla but even SpaceX owns some Bitcoin. Begs the question - if SpaceX owns Bitcoin then what is stopping Bitcoin from going to the moon? Maybe Bitcoin will moon when Elon sends a rocket with a ledger wallet to Earth's only satellite.

Also, Bitcoin is now green enough for Elon and he is contemplating accepting it again for Tesla cars.

All these comments were made during a virtual conference called the "₿ word". Musk was joined by Cathie Wood, Jack Dorsey, and the moderator, Steve Lee from Square.

I don't know or care how green bitcoin has become. The last few weeks, months have only seen bitcoin bleed red. Thankfully I haven't seen Bitcoin's rise yesterday being linked to comments by Musk. The sooner people start ignoring Musk's tweets, the better.

Green mining is of course a good thing in the long run. Like it or not, Bitcoin should not receive criticism about being energy-intensive so early on in its adoption curve, even if all the claims about its energy use are exaggerated. Institutional adoption is needed as much as retail adoption. 5% of the world population holding 21 million of something does not mean that thing they are holding is a great bet against inflation. Acceptance is needed amongst a large section of the population for Bitcoin to succeed.

In the long run, it matters that Bitcoin settles well with climate change fanatics and ESG funds do not object to it. ESG investing is growing rapidly and is popular with the Millenials. Moreover, the lesser the number of reasons available for rejection of Bitcoin, the higher is its probability to succeed. Musk isn't necessarily the face of people concerned about climate change. However, governments are projecting themselves as being concerned about the environment. People are increasingly becoming more aware of it. Investors are aligning towards the idea. Therefore Bitcoin must comply or at least get rid of the criticism.

For now, it doesn't matter what Elon says. He is seeing green because red is hurting him. Thankfully his rant on Twitter and China's ban on Bitcoin mining has started a positive change in the mining business of Bitcoin.