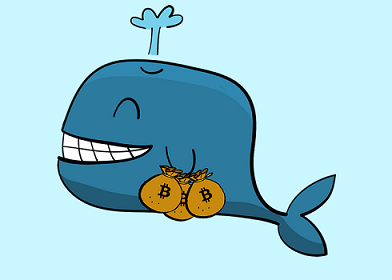 I don't know how many of you were onboarded during the 2017 bull run, but personally my first post is timestamped December 18, 2017. I knew the market was heinously bubbled and that I needed to wait, but I sure as hell didn't wait long enough. Real talk.

The point here is that most people have completely forgotten what it's like to be in a mega-bubble. I barely remember it, and it was from a perspective of extreme scarcity. I had zero followers and zero support on Steem and zero money. I figured if I just buckled down and stayed consistent for a few years that would pay off, and I was right.

Back in those days I would have been happy with a couple dollars worth of upvotes, and some of those whales were throwing out upvotes worth hundreds of dollars. Frozen in that moment of extreme FOMO and counting chickens before they've hatched, I never in my wildest dreams thought it would be possible for me to become a whale without inventing some kind of crazy killer dapp. Four years later I'm already half way there without any kind of fully functioning dapp to speak of. Sure, I'm working on some stuff, but it's very haphazard at the moment as I make the transition to paying bills with crypto. Also I'm waiting for this 4-year cycle to complete so I can refactor at the end of the year. After that this thing gets kicked into high-gear.

"Build during the bear market."

But that's not the point.

The point is: remember those whales whose vote was hundreds upon hundreds of dollars? Those days are coming back something fierce, and from what I've seen, it's going to catch everyone off guard. That's what happens after suffering through 4 years of shitstorm just trying to survive. No one is prepared to thrive and grow in what has been such a hostile environment. Only just recently does this network find itself in a good place right before a potential mega-bubble pops off.

But that's the thing about mega-bubbles...

They deflate. Volatility isn't good. Mooning prices aren't a good thing. That means people are trying to buy but there's no supply left. Supply shock and instability are not good things, but don't try to tell a Bitcoin Maximalist that or they'll mansplain you to death some drivel about how deflationary economics are a good thing despite thousands of years in the field to the contrary.

I've gained so much reputation on this network that multiple whales upvote me across multiple tokens. If you would have tried to tell me how far I'd make it in four years I probably would not have believed you. I find myself in a damn good spot today; the absolute best I could have hoped for back in 2017. Gratitude is of critical importance. 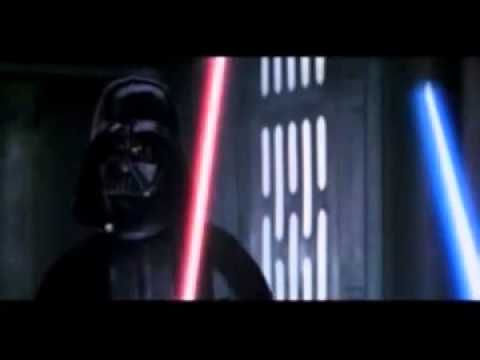 But this story isn't over yet.

Nay, it has just begun. And now I have become the master. A money master and whale across multiple networks I actually care about and have a stake in to succeed.

The funny thing about rich people and billionaires in particular is that they prop up the central banking cartel. No matter what you do, if you're a billionaire this day in age the central banks benefit across the board no matter how incompetent or corrupt they are. Crypto changes this.

Now, billionaire can lock their value directly into these borderless networks that live on the internet. No longer can that value be diluted or counterfeit by a centralized entity. The military industrial complex has no control over the metaverse. This is a pretty big deal. In fact the best strategy will be to airdrop members of the military industrial complex into the fold so they have little incentive to attack their new and extremely wealthy allies.

Besides, how are you going to attack a borderless network that exists independently in every country? We couldn't even win the Vietnam war. We couldn't even bring Afghanistan to heel without dumping trillions of taxpayer dollars into infinite warfare for "profit". How in the hell do these regulators think they are going to control something that exists in every country simultaneously? The dinosaurs are clueless about what the comet and the clouded sky mean. It's our time now. However, don't let overconfidence put you in a position to be trampled to death by the obvious stampede coming down the pipe. 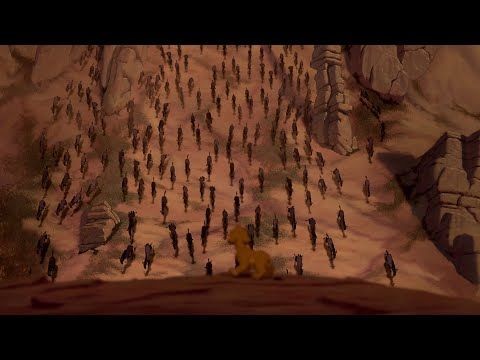 Hold on, are you telling me James Earl Jones is Darth Vader AND Mufasa? The man has depth.

Again, volatility and mooning token price is an attack: a money attack. Most people will be cheering too hard to realize that we are under attack by the legacy system. That which can be pumped: can be dumped even harder.

The only way to battle this volatility is to play it safe and maintain balanced portfolio positions. AMM yield farms paired to stable-coins make this a helluva lot easier. Holding Bitcoin and dumping alts is another way to go.

But again, most people can't even think this far ahead. Everyone will be overjoyed if Hive is even trading at $5, wondering if that will be the peak. Very few, including myself, are able to imagine a $50 Hive price or more. And when it comes no one will be selling and everyone will be buying... just like always. Let's try to avoid that next time around, shall we?

We need everyone to succeed together so that we don't lose 90% of our userbase during the bear market. We need more devs; we need more workers. We need more everything. Let's not lose sight of that in the face of rampaging gains across the entire sector. It might not feel like it today, but we are only a few months away from rampaging insanity followed by a calculated attack by the legacy economy. They know how to dump just as well as they know how to pump. Remember that: Volatility is the enemy; Stability is grace.