Chaos Theory: Why the Deepstate is a Complete Illusion. Here on Hive, discounting the possibility of an omnipotently evil superpower that controls everything is an EXTREMELY UNPOPULAR opinion. That's what a lot of conspiracy theorists around these parts like to believe in. Basically an apocalyptic battle is coming between good and evil and the fate of the entire world depends on the outcome of that war.

Ironically enough, this entire narrative runs contrary to the teachings of Jesus, that points to the obvious reality that you can't fight fire with fire. Likewise, evil can not be banished with weapons, death, cancel culture, fear, violence, or any other kind of negative reinforcement. That cycle leads to the popular loop of, "Old boss, same as the new boss." Here at the bottom of the pyramid (or middle, I guess), it's easy to look up and think, "Wow! They have no rules; they can literally do whatever they want and get away with it."

But this line of thinking is 100% false and, quite frankly, an insult to the skill mastery tree that is rulership and maintaining power. Do we watch a professional football or basketball game and think to ourselves, "Yeah, I could do that easy." No, we couldn't. They just make it look easy and because everyone on the court has similar skill it gives the illusion that perhaps anyone could do it without trying very hard with little discipline. After all, they make it look so easy. Maintaining power is a dance that involves navigating an extremely complicated web of politics and relationships that the vast majority of Globalist conspiracy theorists somehow remain completely ignorant of. I guess is far more glamourous and romantic to believe Satan/greed controls everything with an iron fist and all we have to do is defeat the final boss to win the game. If only life was that simple. 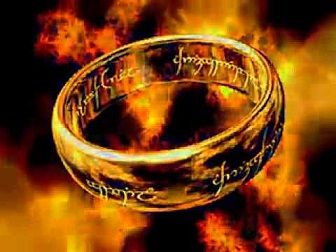 There is no one ring to rule them all. The world is full of thousands of entities vying for power at the top end. Sometimes they work together, and sometimes they stab each other in the back. The funny think about this is that Globalism is both of these things. Nationalism sucks, it would be much nicer if the world was more united. Unfortunately, the current power structures attempting to unite the world lead to unescapable corruption of those at the reins.

By definition, a world ruled by cryptocurrency is also borderless globalism, only that instead of people being put in power our governance becomes automated by our rules and ideals. I watched this video yesterday and it is really the only reason why I created this post in the first place. I thought I was just going to parse what was said in this video, but I guess I had some other stuff to say about the situation myself. This might be the best message Antonopoulos has ever conveyed. Let's get to it:

None of these things are unprecedented.

History isn't continuous. Decades go by when nothing happens, and then decades happen in weeks. We are living in that period of change right now. That kind of change causes enormous cognitive dissidence. Most people react in a way that represents grief. Grief for the world that is lost; the past that no longer exists.

The past doesn't give us a good roadmap for the future.

We are now living in an era of Black Swans.
Bitcoin is a machine that generates Black Swans.

Before the early 1910's neither communism nor fascism existed as concepts. The practices may have existed in some way or other, but really the narratives that emerged from the 20th century... communism and fascism, we use those today, as crutches, we use them to try to understand what is happening and what might happen in the future.

... and yet, none of those things really apply.

We're now living in an era of global communication with the Internet... the institutions of democratic governments have started to fail, and they fail because they don't scale, not because they're headed by good or evil people. Not because they're rotten at the core. Not because they've been taken over by mysterious forces; a cabal of super intelligent elite who conspire to destroy our world or our way of life.

No, they are failing for much more mundane reasons. They're failing because they are unable to scale to the enormous complexity of a modern world that is super interconnected, exhibits chaotic behavior, with massive information flows that are IMMPOSSIBLE to process.

The internet is a narrative machine.

None of the narratives presented actually explain what is going on.

All of this is going on at a time were people are fearful;
[afraid of the unknown].

In order to understand, many ascribe some dark force.

'They' are the mysterious cabal; the conspiracy to control the world.

And in every country it might be a different "They".

In many cases "They" is assigned to government,
that somehow exhibits [literally] INCREDIBLE ability to make decisions, and then make those decisions become reality through competent and efficient management.

See where he's going with this?

The truth is: "They" are not in control.

The reasons "They" are not in control is because the institutions they use to govern are broken.

The theme of our era is unprecedented incompetence that emerges from an unprecedented collapse of institutions that is caused by unprecedented disruption though the shear SCALE of global information flows.

[another form of globalization will emerge]

Do you believe him?
Or is this just more idealistic crypto hopium?
Either way, this is a valid perception of how the world works.
It's far too complex for any one person to know for sure.