In the last edition of PhotoChain I talked about a couple of new initiatives for this week within the landscape around the contest. The first of the 2 is this: the official launch of the PF, which stands for Photochain Fund.

To make us understand by those who have never arrived at the posts of the competition, Photochain is a photographic contest organized by me whose rules allow a chain-like method of work, where each weekly edition is guided by the result of the previous one. This functioning allowed me to define it as a real Blockchain-like Photography Contest, even if the functioning of a blockchain is much more complex. For more information, you can visit the Latest Edition and the Passing Post on Hive, where you will find the list of rules to follow to join. 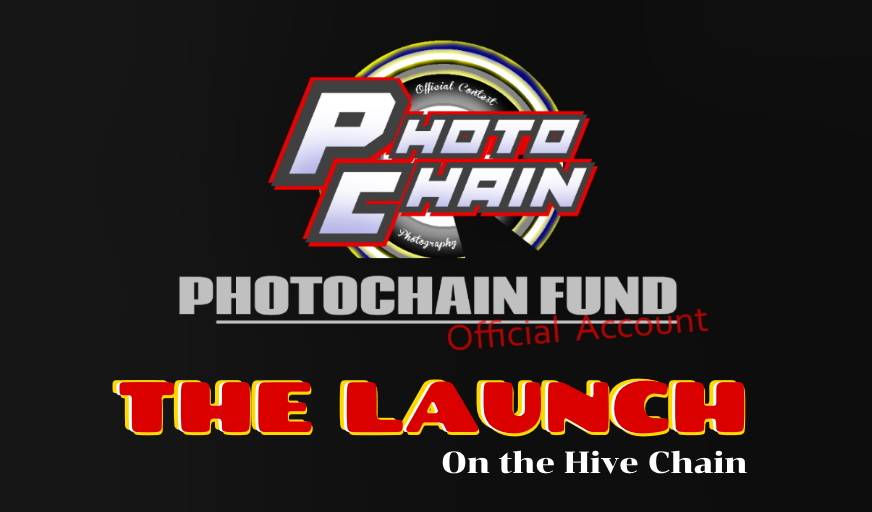 And after 50 Editions, Today ... the PHOTOCHAIN FUND (PF)

The Photochain contest was created for fun, but the succession of editions led me to think that more awards would not be unwelcome. Prizes have always been awarded in SBI and STEEM, then only in Hive SBI to finish at the current 2 HIVE and 2 Hive SBI weekly. I have to thank some contributors who still give part of the profit from their Photochain posts to me and who have contributed in the past; for the rest, the prize comes from my modest personal fund in HIVE, where I try to manage to have a liquidity margin to continue to reward Photochain competitors in future editions.

Unfortunately, this leaves a sore point, namely the scarcity of prizes destined for valid participants and not just the winners. The idea of the PF was born from here, then developing on a second path: future perspectives. In addition to a part to be assigned to the winners, there will be a second slice destined to remain - for the moment - immobile within the fund, and which will be used to organize and manage further initiatives or curation systems.

To start, we indicate below the accepted tokens and cryptocurrencies and the relative addresses that will form the fund. The addresses are not exchanges addresses but were created through desktop wallets or web browser extensions. Here is the list:

account wallet @photochain
through the @photochain account on Hive. This will be the interface that will allow the connection between the outer part of the fund and the one here on Hive.

Indicating them more extensively and in order, we have:
HIVE, Bitcoin, Litecoin, Ethereum

The fund is based on DONATIONS. Each donation will be collected and remain locked for a locking period. Each locking period will last 3 months about. At the end of the 3 months, a screenshot will be taken and shared in an official post on HIVE. At that point, we would have 2 parts:

40% of the funds accumulated in the previous collection session, which for the moment will remain locked in the fund and destined for future use (initiatives, flaws in the performance of PhotoChain, etc.); more details below;

60% of the funds accumulated in the collection session of the just ended locking period, which will be divided by the number of active users in our unofficial "community" of the just ended locking period (founder and valid participants). Users will be mentioned in a post on Hive and can request their share in the comments or by contacting the @davidesimoncini account. Below in the post, the step-by-step specifications.

It will remain locked in the form of cryptocurrency value - as it was sent - within the fund. It may be used for future purposes at the discretion of the founder account of Photochain, @davidesimoncini.
For example purposes only, they can be used for: errors and bugs in the contest; initiatives, investments, marketing in order to grow Photochain; start-up of curation systems in any case linked to Photochain; charity initiatives (in this case also external to the Photochain and blockchain landscape in general), etc.

When the fund is closed, the content will be liquidated in the same way as described below for 60%-slice.

Once the fundraising has been completed for the previous 3 months, the cryptocurrencies will be moved to one or more exchange services from which they will be transformed into HIVE. All HIVE tokens obtained through exchanges will be sent to the @photochain account.

At this point, a post will be published with screenshots and in which all the possible beneficiaries of the sum equally divided will be mentioned. We will reward only the active participants in the photochain challenge's editions held during the just ended locking period. At that point:

each user will have 10 days to request their share;
the sum will be sent in the form of HIVE starting from the end of the 10 days, in a variable period of time. Please be patient, as the process is manual.

Why did we set 10 days? I'll explain.
This decision because unclaimed tokens will not be left inside the PF as liquid tokens, but converted into HP.
If this fund manages to collect a fair amount in HIVE, the unclaimed HIVE tokens in the available time frame of 10 days will be used in a Power-Up process of the @photochain account. Any user who has not benefited will be able to request the sum, however, subject to the power-down times of the Hive blockchain system (at the time of the fund's launch, 13 weeks).

IMPORTANT: HIVE tokens will be sent ONLY AND EXCLUSIVELY to the beneficiaries. If they want to send them to other users, they can do so through their account.

This choice - in the same way as that of the transformation into HIVE of the crypto collected - was made in order to avoid possible fraud starting from someone who indicates false or incorrect wallet addresses, on which only the blockchain will have the competence (the result would be the loss full and irreversible of your funds).

PHOTOCHAIN FUND: An incentive for those who donate

To promote the sending of donations, I decided to add a small incentive to those who want to make donations to the fund.

For cryptocurrency amounts exceeding the amount of USD 15 at the time of sending, a very simple advertising banner or a short description may be requested which will be included in the next edition of Photochain, together with a mention and a link related to the URL of the page to which the benefactor would like users to be redirected. You can ask any information to the email address:

However, I invite you to consider it ABSOLUTELY NOT AS A FORM OF OFFICIAL ADVERTISING, professional and regulated, but only a way to have a little more visibility after making a donation to a hobby that you consider interesting and fun.

I hope I have resolved all doubts regarding this new project. All to see if it will be able to take off or will it remain yet another hole in the water. Below, I will insert a banner with the QR codes that you can use to send your donations directly to the fund addresses. If you want to donate in HIVE tokens, you can start a transfer to @photochain. 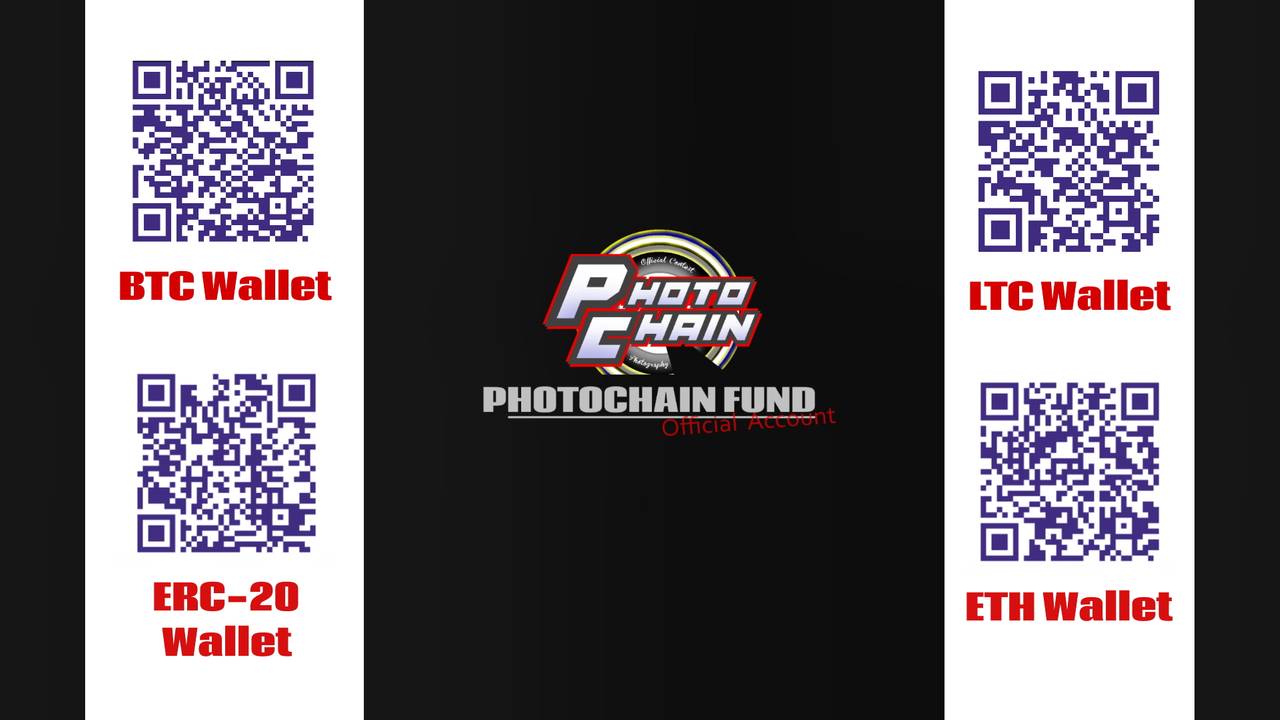 And now I greet you waiting for you at the next Photochain edition. For direct contacts before the donation and for information on the available mentions on benefactors, you can also write to me at the email address davide.sim.92@gmail.com indicating PHOTOCHAIN as the subject of the message.