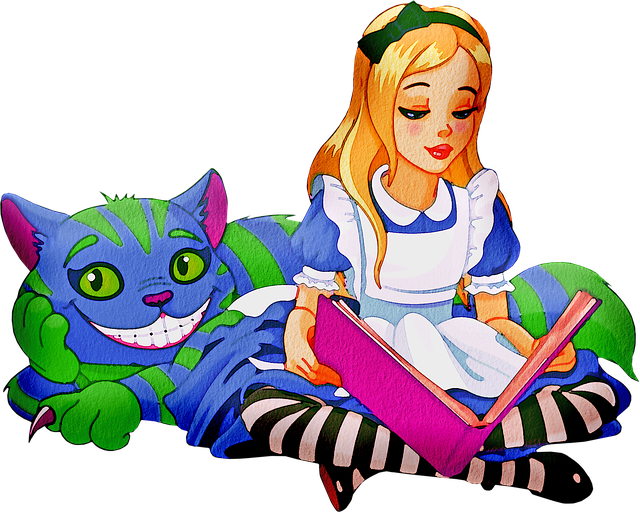 I want to start this publication by moving a little the nostalgia of many of us, who for decades has fascinated adults and children with this Disney classic, and that still amazes most of us and takes us to another world for little more of an hour that this adaptation lasts.

This children's classic comes from the hand of the writer Charles Lutwidge Dodgson, better known by his pseudonym Lewis Carroll, was an Anglican deacon, logician, mathematician, photographer and British writer. Carroll, and his book Wonderland was first published in 1865.

Alice in Wonderland takes place during a dream of a girl named Alicia, who goes through a thousand and some adventures with crazy characters until she has to wake up. To date, several adaptations have been published on tv and cinema, but the one that definitely won my attention and my heart, was the version of Walt Disney in 1951.

Alice in Wonderland is the thirteenth title on the list of animated feature films of the Disney company. Based on the famous works of Lewis Carroll: Alice's Adventures in Wonderland and Through the Looking Glass and What Alice Found There. The feature film was produced by Walt Disney for Walt Disney Productions and distributed by RKO Pictures.

The film begins with the history lessons that Alicia receives from her older sister, to which she does not pay any attention. Alicia plays with her cat Diana and imagined how she would be a world of her own creation, when she falls asleep. Suddenly Alicia sees the White Rabbit with jacket and watch, which at first is not strange to her, but she finally goes out in search of her. The rabbit enters a burrow, Alicia follows him and falls into a hole for a long time. Thus Alicia arrives in Wonderland where she is involved in a series of very particular events, a race without end, or winner, a Blue Caterpillar
smoking from a pipe while sitting on a mushroom, the non-birthday celebration with the Mad Hatter and the March Hare, and a croquet match with sticks of live flamingos with the evil Queen of Hearts
who almost cut off his head, among other adventures, but I think The most traumatic of all the scenes was when the walrus ate all defenseless oysters that did not listen to their mother, and the carpenter started to chase him with a hammer to get revenge.

Although all these scenes are hilarious for the viewer, the music plays an important role in softening the tone of it, since pieces like "La Fiesta Del Jardín" melt your heart with each note that they all sing. the flowers, without a doubt A MASTERPIECE of the time.

Characters such as those already named: The Queen of hearts, the mad hatter are icons of current pop culture, who have become atypical characters for their time, to the date of this publication, I personally still see children and adults cosplaying as this adaptation.

There are other characters that do not appear much but are equally memorable such as:

The White Rabbit.
Mr. Passepartout.
Mr. Dodo and the race animals.
Tweedledee and Tweedledum.
Mr. Walrus and the Carpenter.
The Curious Oysters .
Bill the ladder lizard.
Mr. Don Caterpillar / The Butterfly.
Mrs. Bird scandalous nervous by serpent eat eggs.
The Momeraths (who are quoted in one of the refrains of rison cat.
The King of Hearts. But definitely leave last the best character to my taste and seem, the craziest, the most comical and the best who sings: "Bombos y Cymbals"...

THE RISON CAT. This character, although secondary, comes out in the middle of the film and each time he becomes more and more entangled in the plot of the story, with his gestures, his design, his colors, songs and attitudes, that as a child captivated me for life.

The plot of this entire Disney adaptation is somewhat vague to me because it never really gets anywhere else than just entertaining. I prefer to see it as an omni journey that stimulates the imagination of anyone who sees it.

Without a doubt, it is a highly recommended classic to see as a family. Greetings!!!