rt39568
a month ago
inHaveyoubeenhere

My first day of freedom from quarantine in Japan was pretty nice. A typhoon had just passed and cleared the skies. The air was crisp, and there was a good left over breeze that kept the temperature down. Someone upstairs definitely put in a good word for me. My plan was to go to the home center to look for some wood and then take my daughter to the mall across the street. So off we went!

On the train I was trying to get a picture of Mt. Fuji. My first try wasn't very good. Second try worked, but still not that great. Fuji is the peak on the right. No snow yet. The home center was uneventful so I'll skip that and go straight to the mall.

The Takao mall was built about 4 years ago so it's modern and clean. A lot of older malls in Japan are run down. It has a game center/arcade, food court, restaurants and of course all of the various shops and massage places you'd expect in a modern mall. Two places that stood out were the camping pop up store and the art gallery. Camping is all the rage since COVID hit. Since a lot of malls & shopping areas closed early or closed temporarily the trend became to get out of the city and suburbs and go camping. The art gallery was a cool addition too. Maybe I should go back, buy a piece and do an NFT on HIVE for it? Then there was the snack shop. My daughter had a field day in here. It makes me realize how bad the US is now. When I was a child 7/11 used to have a whole aisle like this. I love buying bubble gum and tootsie rolls and chewing them together. I guess some malls might have a place like this in the States. Oh, and many of the baskets have calculators in them so kids can keep track of how much they are spending. My daughter decided to skip the calculating though and just grab a few things. After the snack shop we headed over to the real treat though, the arcade or game center as it's called in Japan. The pot leaf looking logo was an odd choice though... The entry area is full of UFO catchers. How about a giant scorpion or some other bugs? 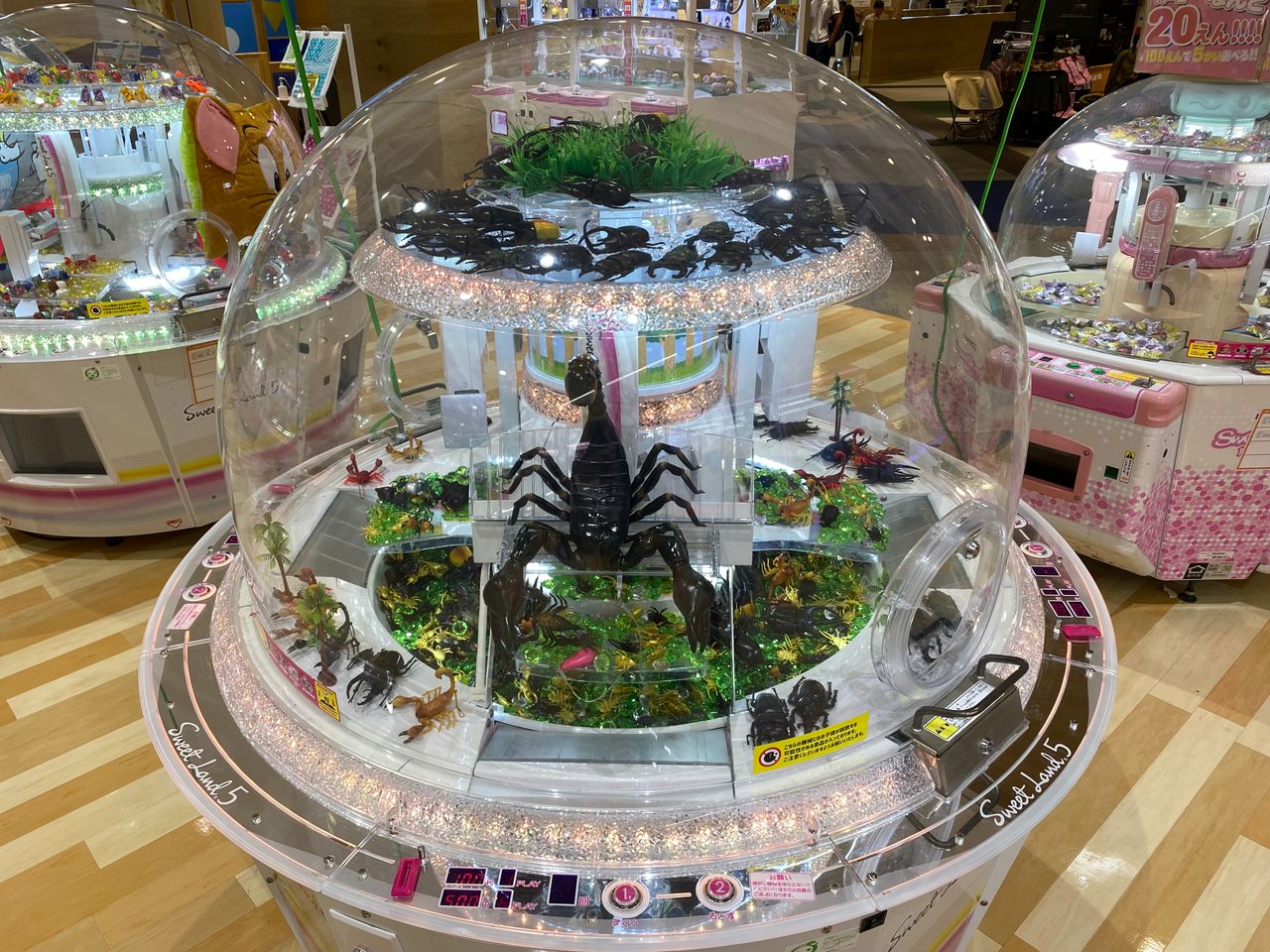 And lastly the character goods. After you get past all of the UFO catchers, then you hit the games & slots. Ya, you can gamble back here, but you only win their tokens which you can use to play the other games, but not the UFO catchers. It's wild to see kids playing slots.

My daughter opted to try and catch some digital goldfish though. It was very unsatisfying for both of us.

After that we did a bit of shopping and headed home. It was a beautiful day and I'm glad I got to spend it with my daughter.

Today I am headed off to a fascinating trip down Showa Era lane. I'll post about that tomorrow. Until then, thanks for reading and.....