The Holsten Gate of the City of Lübeck

today I would like to show you a very special place near Rostock - in the Hanseatic city of Lübeck.
It takes about one and a half hours by car from Rostock's main railway station to Lübeck's Holstentor. The Holsten Gate is located on the edge of Lübeck's old town, relatively in the centre. The city gate borders the old town of Lübeck to the west.

It is probably the most famous city gate in the whole of Germany.The Holsten Gate is also called the "Holstein Gate". 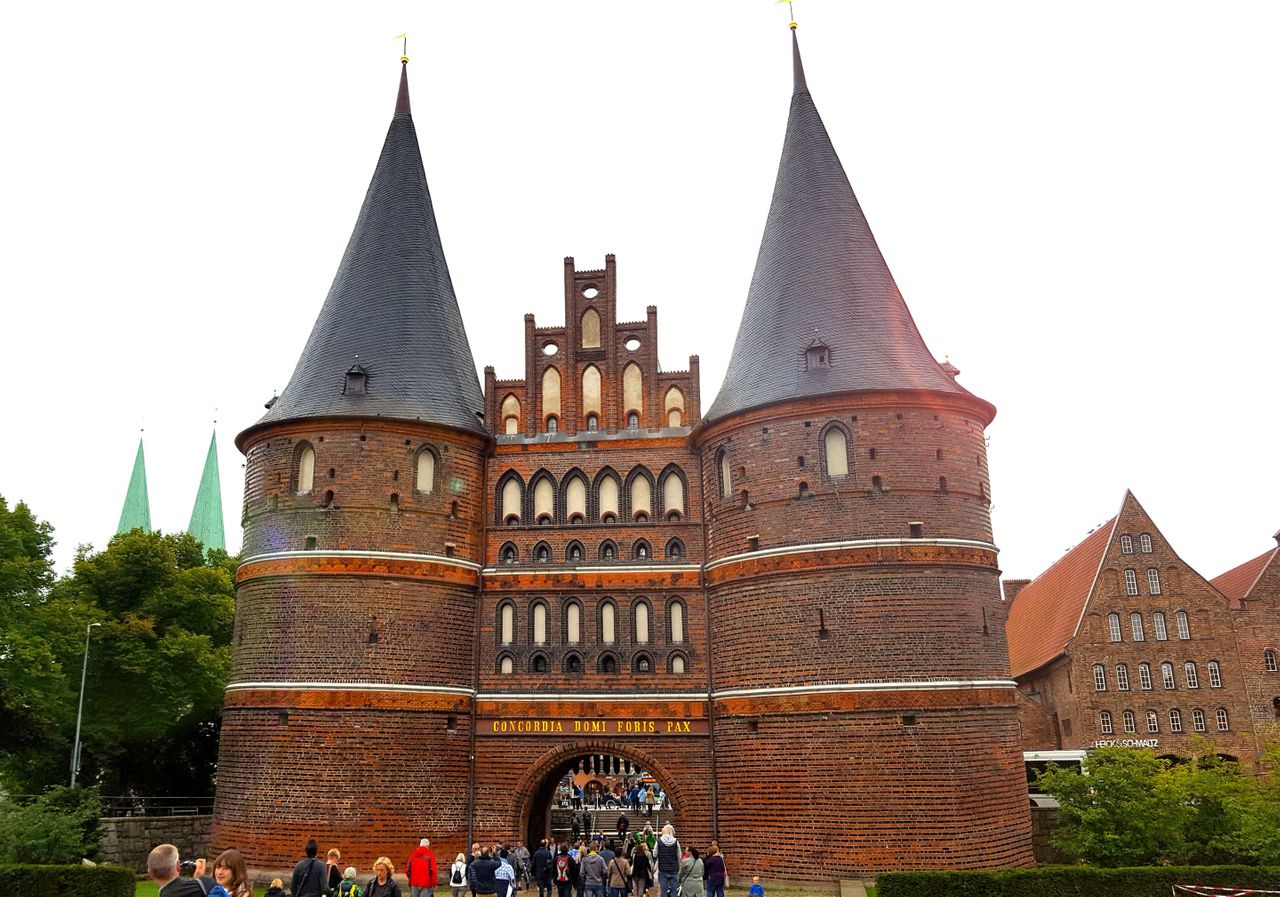 View from Holstentorplatz to the field side of the Holsten Gate

The Holsten Gate is not only the most famous city gate, but also Lübeck's landmark.
The gate has late Gothic features. It is one of the parts of Lübeck's city wall that still remain after all these years. What a luck that the gate looks as good as "new" and no runie was standing in front of me :) Although that would also have been very interesting...
Apart from the Holsten Gate, the city of Lübeck has only one other city gate that has also been preserved: the Castle Gate.
However, the Holsten Gate has been restored again and again during the last decades. 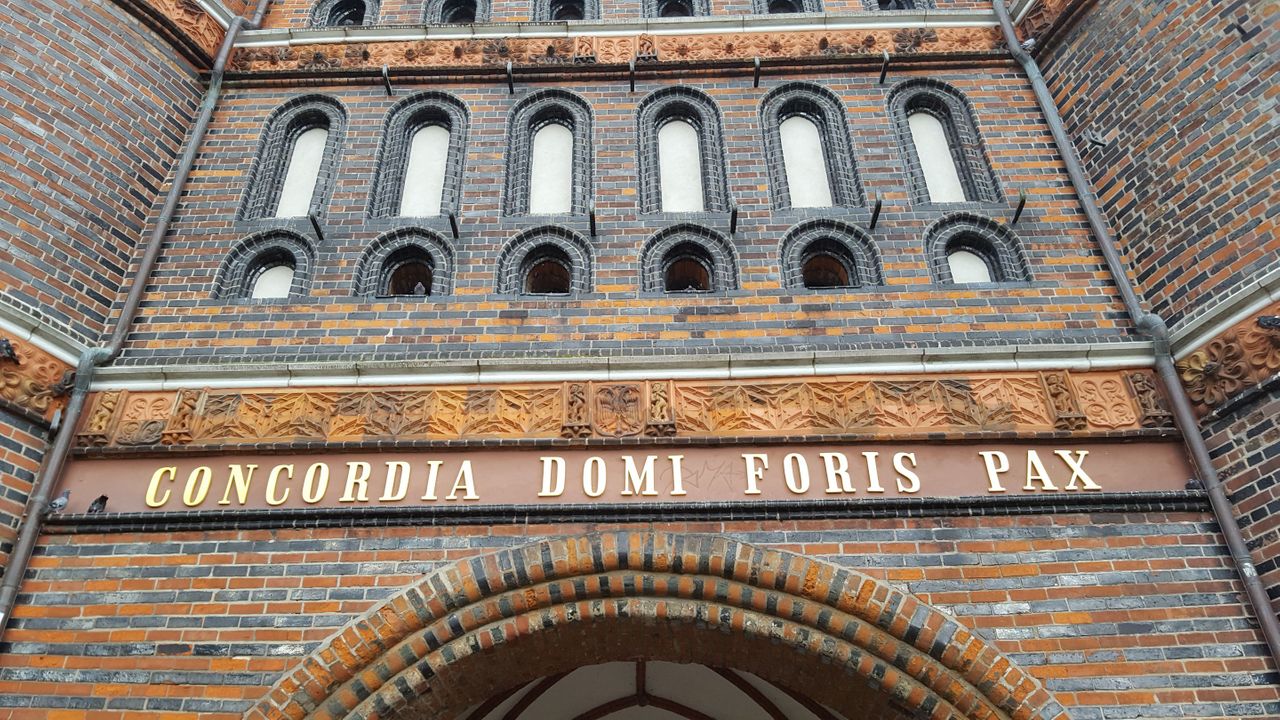 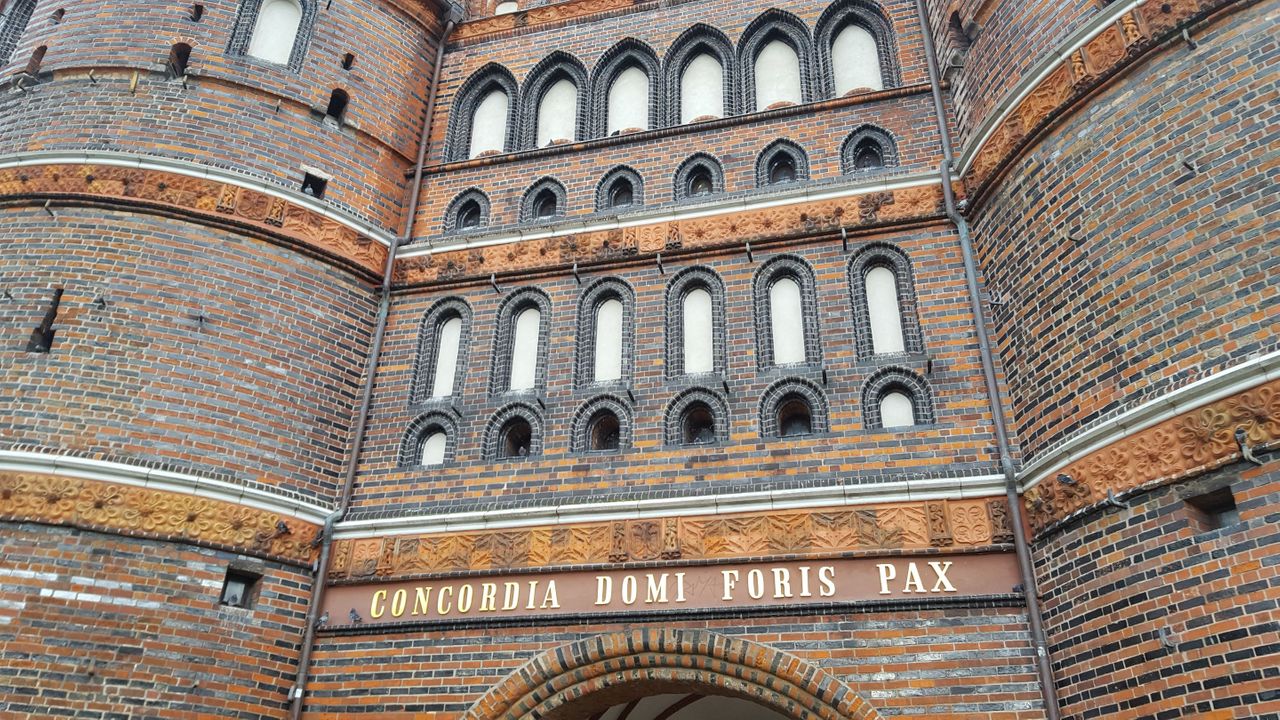 Originally one of four Holsten gates

The Holsten Gate used to be called the "Middle Holsten Gate" because it stood in a row with three other Holsten Gates. However, these were demolished in the 19th century.
Since the middle of the 20th century, the city gate has housed the Lübeck City History Museum. Here you can learn even more about the gate and its history. Unfortunately, the gate is closed at the moment.

It is located with Lübeck's main railway station in the suburb of St. Lorenz. In the immediate vicinity are the Puppenbrücke (on Lübeck's ramparts), the Holstenbrücke and the Holstenstraße. Holstenstraße leads directly into the centre of the city centre.

I was very fascinated by the architecture of the gate. It consists of a south tower, a north tower and the central building. I think the gate even looks relatively small in the photos. There are a whole four storeys. On the other hand, there is the passageway, i.e. the gate, in the place of the ground floor in the central building. As with many gates, there is a field side and a city side. Here, the side leading out of town is to the west and is thus the field side. 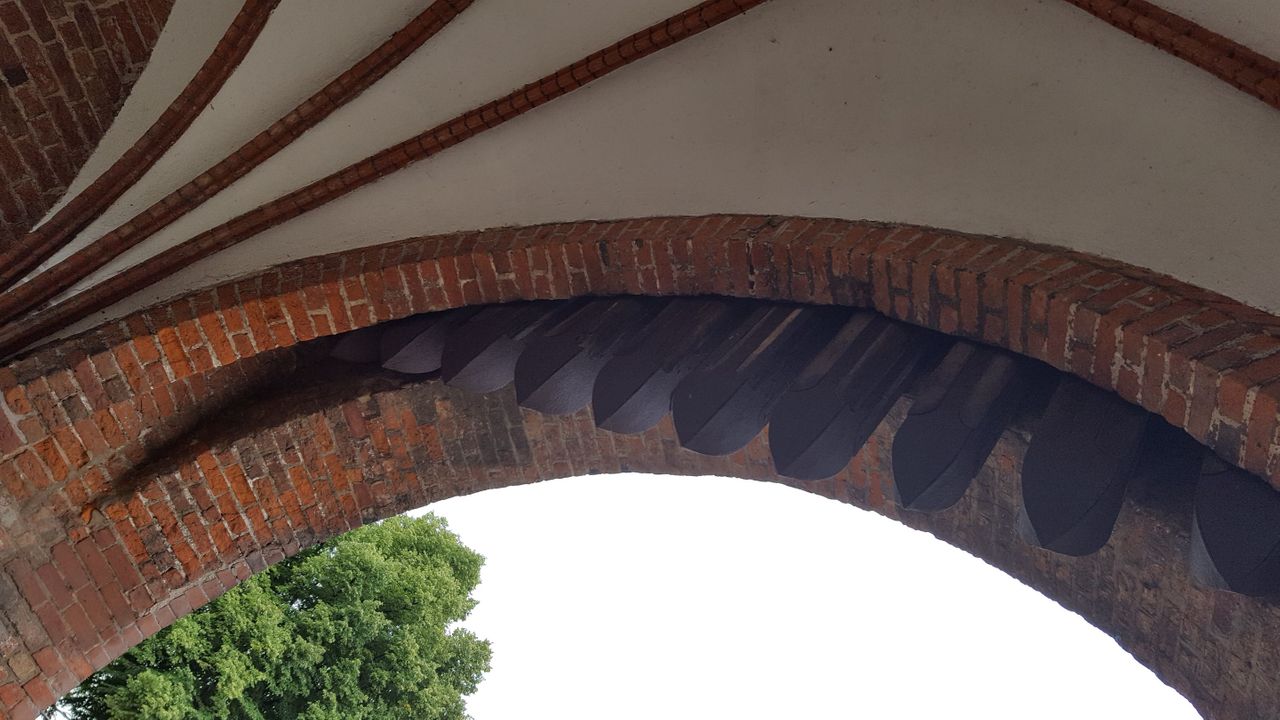 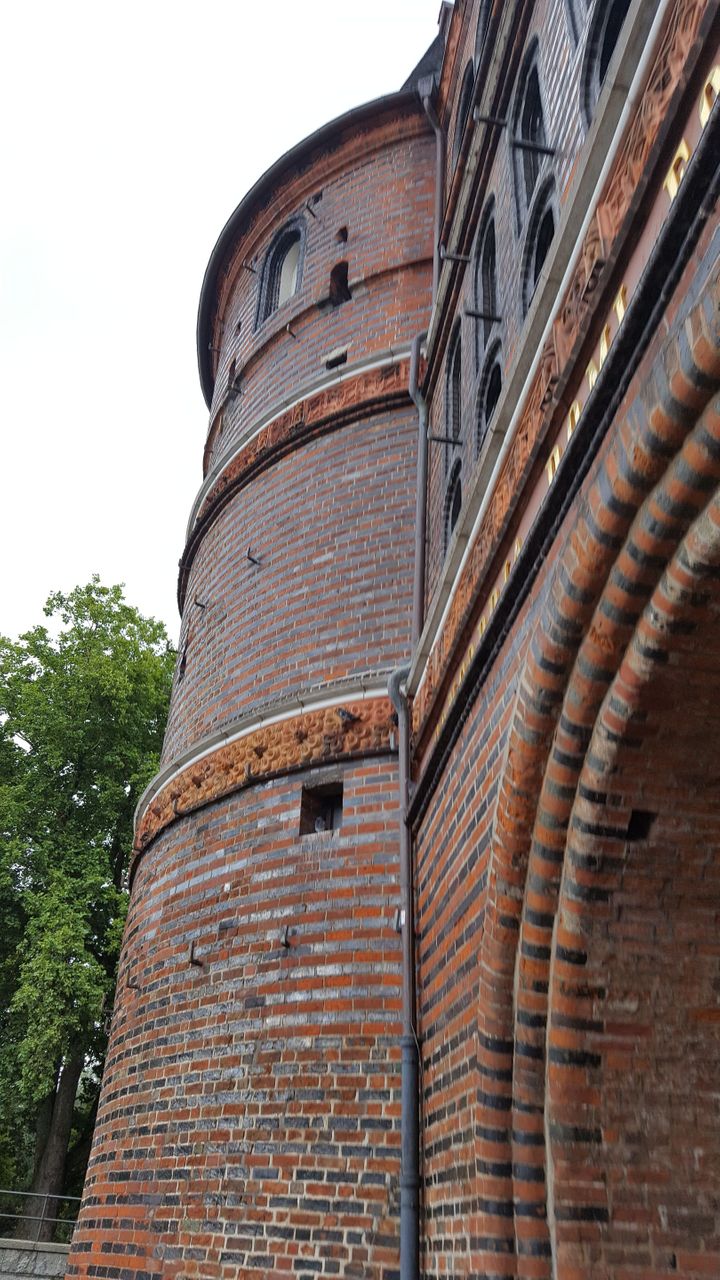 Uniform building on the city side, delineated on the rock side

What I found architecturally very interesting: seen from the city side, the two towers and the central building are built "uniformly" and harmonise with each other. The front is continuous and straight.
On the field side, on the other hand, you can clearly see that probably not everything was built at the same time. While the towers are built in a semi-circle, they lie at the furthest point of their circle a few metres in front of the central building.
Almost like medieval towers and fortifications, the towers have a conical roof. The central building, on the other hand, has a gable.

The inscriptions on the field and town sides

There is an inscription above the passage on the town side and also on the field side. After my visit, I noticed that I unfortunately only photographed the inscription on the field side.
Nevertheless, I would like to tell you briefly what inscription there is on the town side:
Here the inscription reads "S.P.Q.L." It is framed by the dates 1477 and 1871;. 1477, it was thought, was the year of construction. However, it is now generally accepted that the correct year of construction is 1478. In 1871, the gate was restored and the German Empire was founded.
The inscription "S.P.Q.L." is derived from the Roman and means (Latin Senatus populusque Romanus) Senate and People of Rome.

On the field side is Concordia domi foris pax ("Concord inside, peace outside"). This inscription was also added in 1871. In a shortened form it contains the inscription of the no longer preserved front gate: Concordia domi et foris pax sane res est omnium pulcherrima ("Concord within and peace without are indeed best for all"). 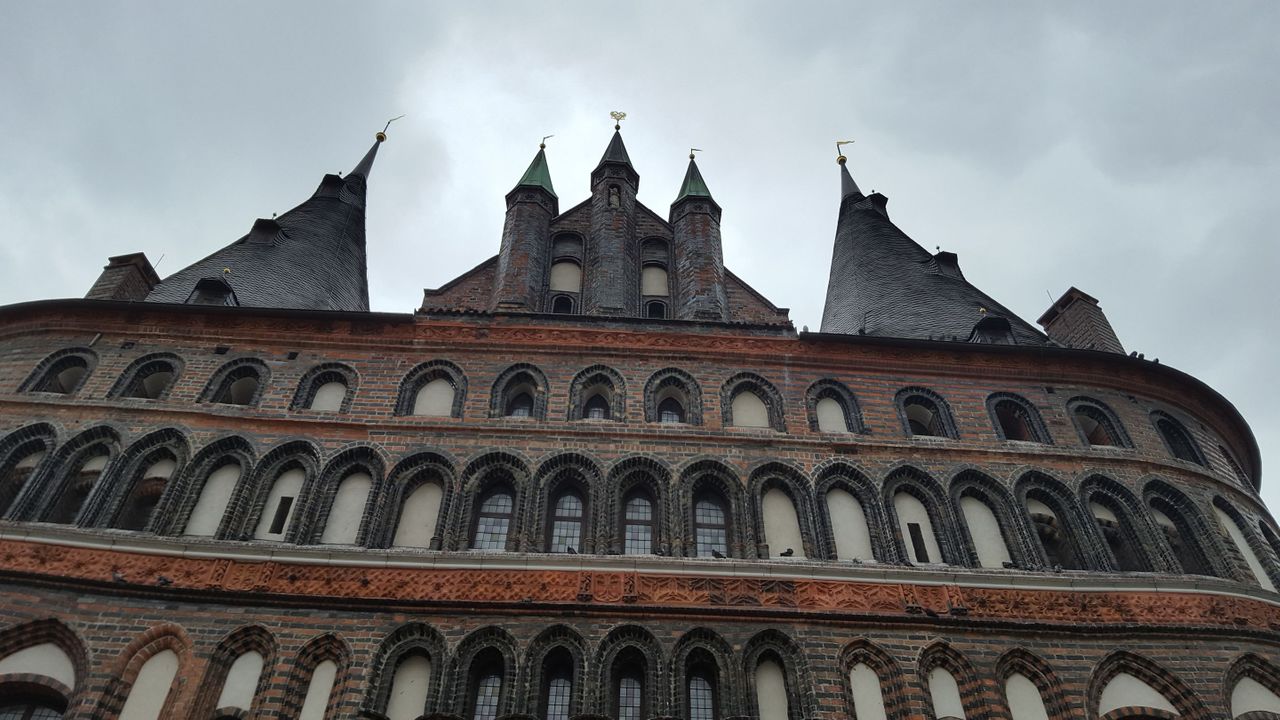 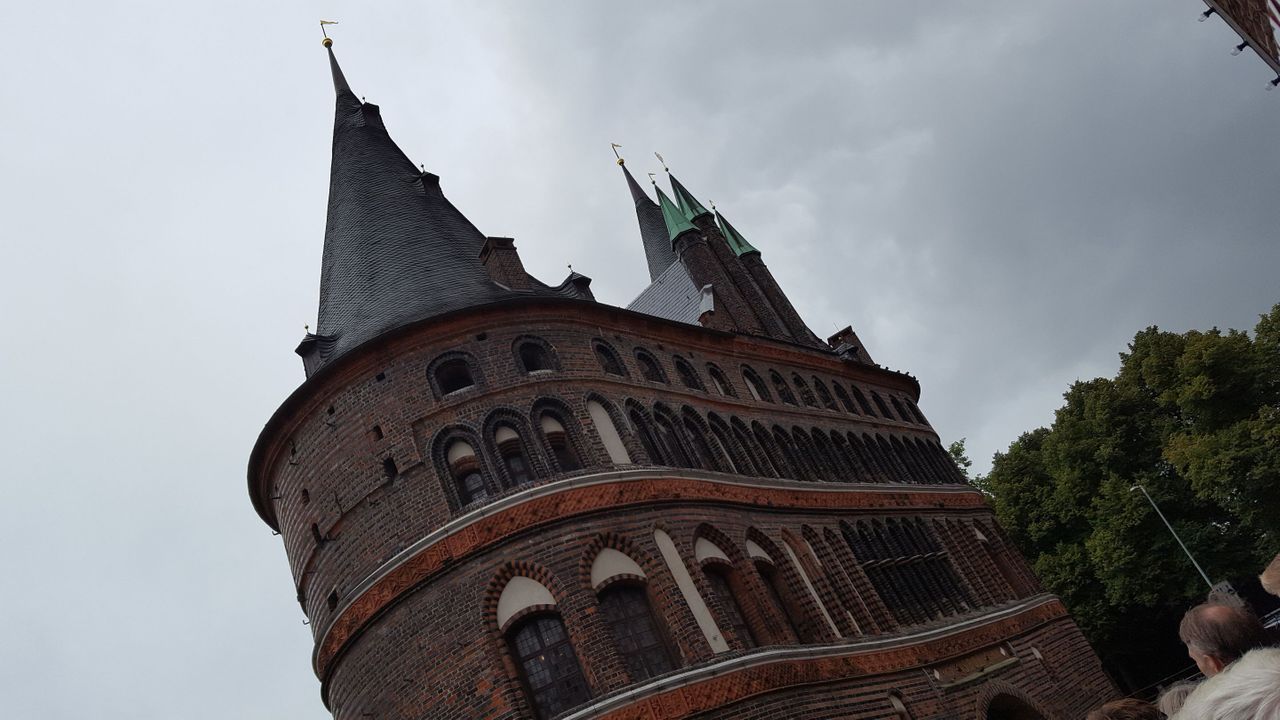 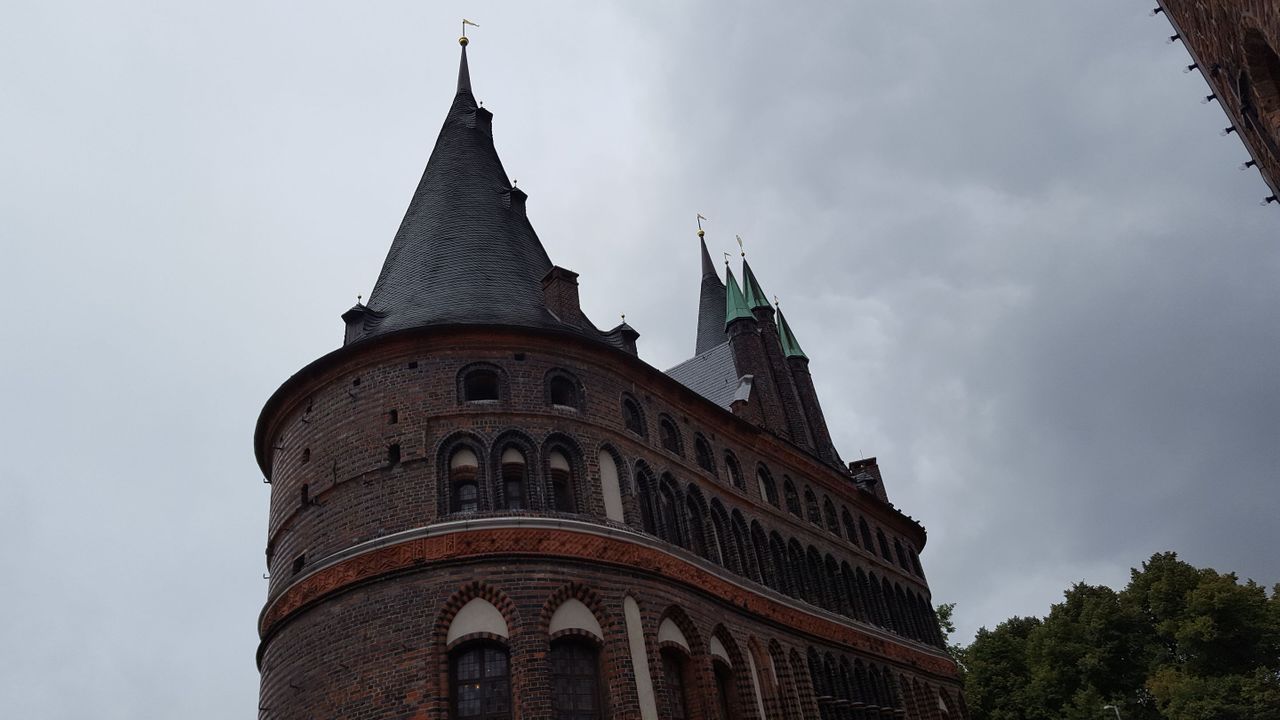 A resistant field side and a pretty city side

Just as with many other gates, the field and city sides are constructed very differently, also in terms of defence against enemies. The city side (lower pictures) has many high, narrow windows. On the field side, such a window front would have been very impractical. That is why there are only very few windows here, and they are small. Instead, there are many embrasures.
This is very difficult to see in the photos: The walls on the field side, i.e. from where the attackers come, are more than two metres thicker than on the city side.

There is much more to learn about the Gate. The best place to do this is at the museum when it reopens in the summer. I didn't want to go overboard with the post today ;)
I hope you enjoyed the story about the Gate. I thought it was great to get out of Rostock and visit the neighbouring city of Lübeck.Feel free to write me your feedback in the comments.
See you next time!