Piazza della Signoria, a political center with many individual sights

today I would like to show you another very beautiful part, or rather another sight of Florence, and that is the Piazza della Signoria. This is not called one of the most beautiful squares in Italy for nothing. Its flair and especially the great architecture has the square probably mainly because he was built between 1250 and 1400 with many surrounding palaces together. Since then, not soo much has changed here. At least not as far as the buildings and the architecture of the square is concerned. 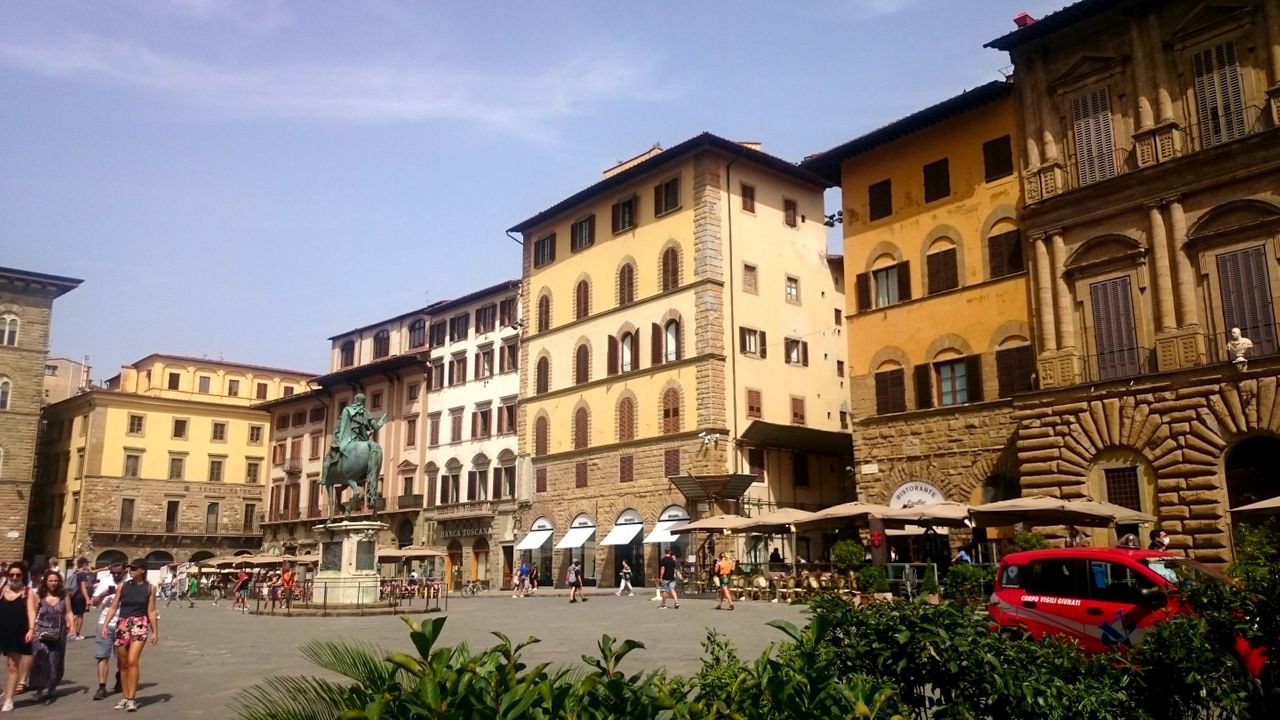 Piazza della Signoria as the political center of Florence 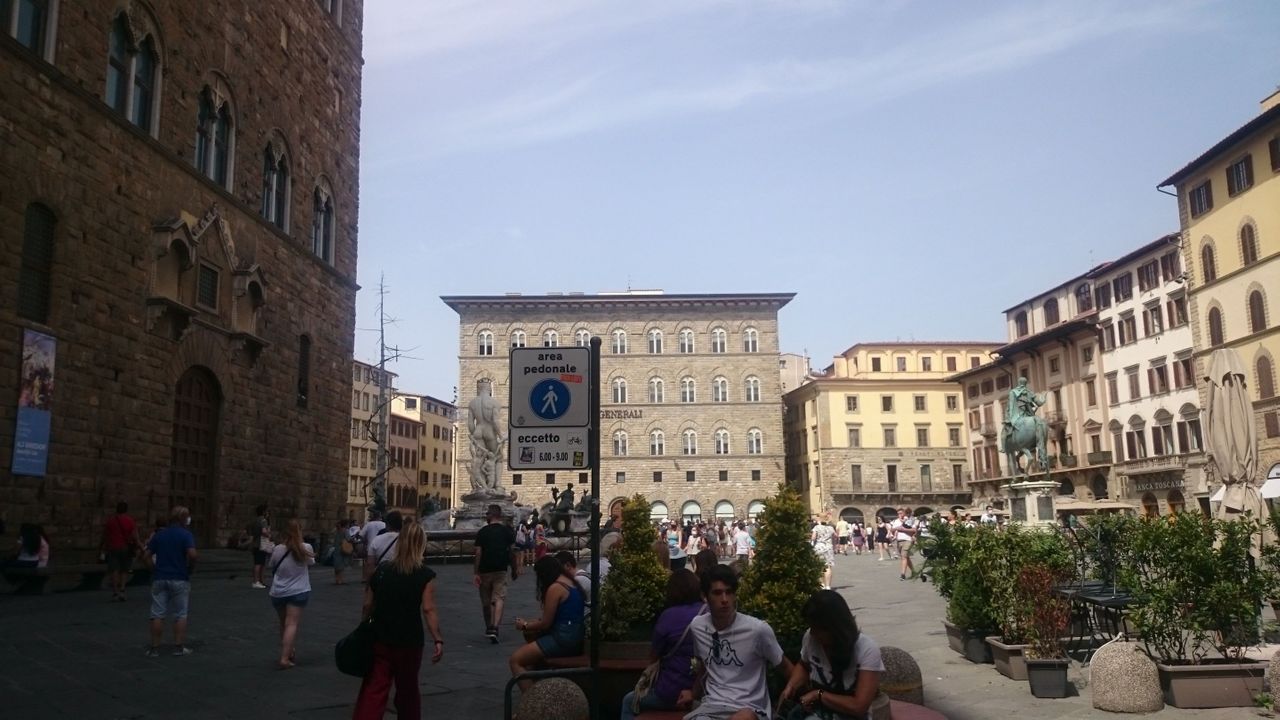 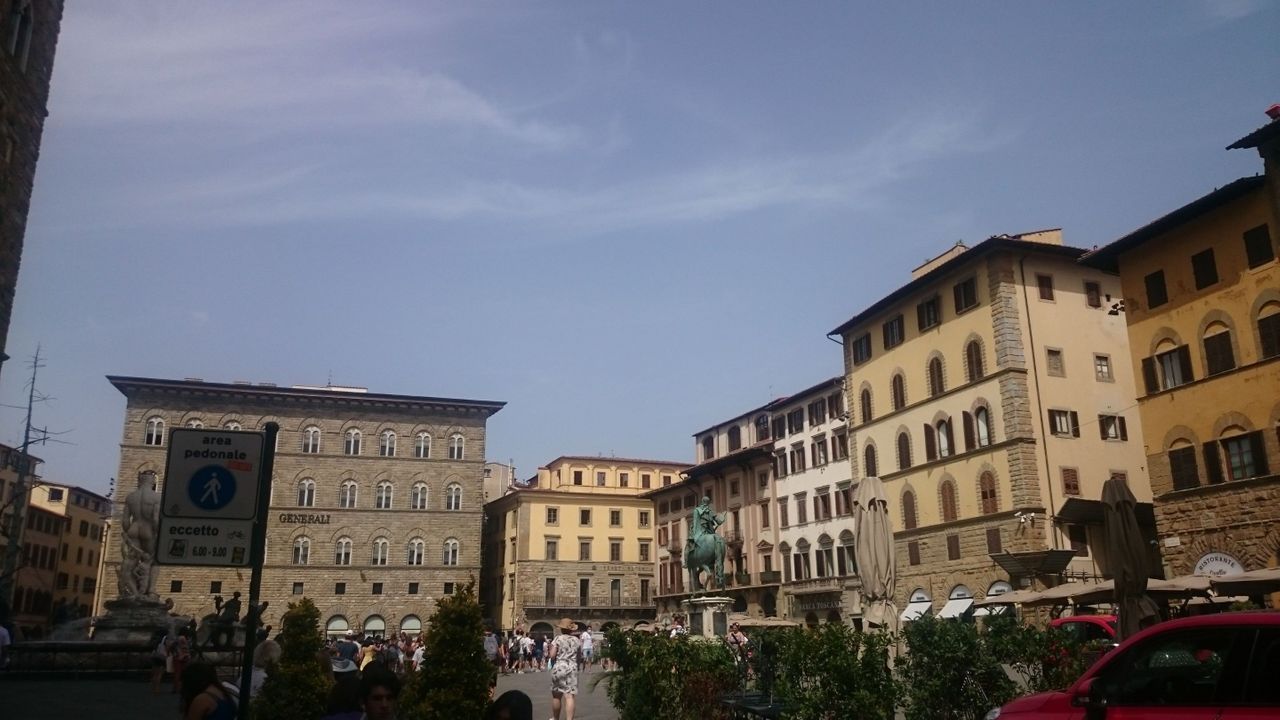 The Palazzo Vecchio as "ruler" over the Piazza della Signoria

The Palazzo Vecchio immediately catches the eye when you visit this historic square. From the outside alone, his magnificent building, he dominates the whole square. You look at it first. Then your eyes circle around the square.

The palace was built between 1299 and 1322 and for several centuries was the political center first of Florence, but this then expanded throughout Tuscany. Today the palace is still the city hall of Florence. From 1865 to 1871 it was even the home of the Italian National Parliament.
You can see the statue of David Michelangelo in the palace. Since we were only one day in Florence and a somewhat long queue formed in front of it, we did not go inside, but if you have a little more time in Florence, the statue is certainly worth a visit! 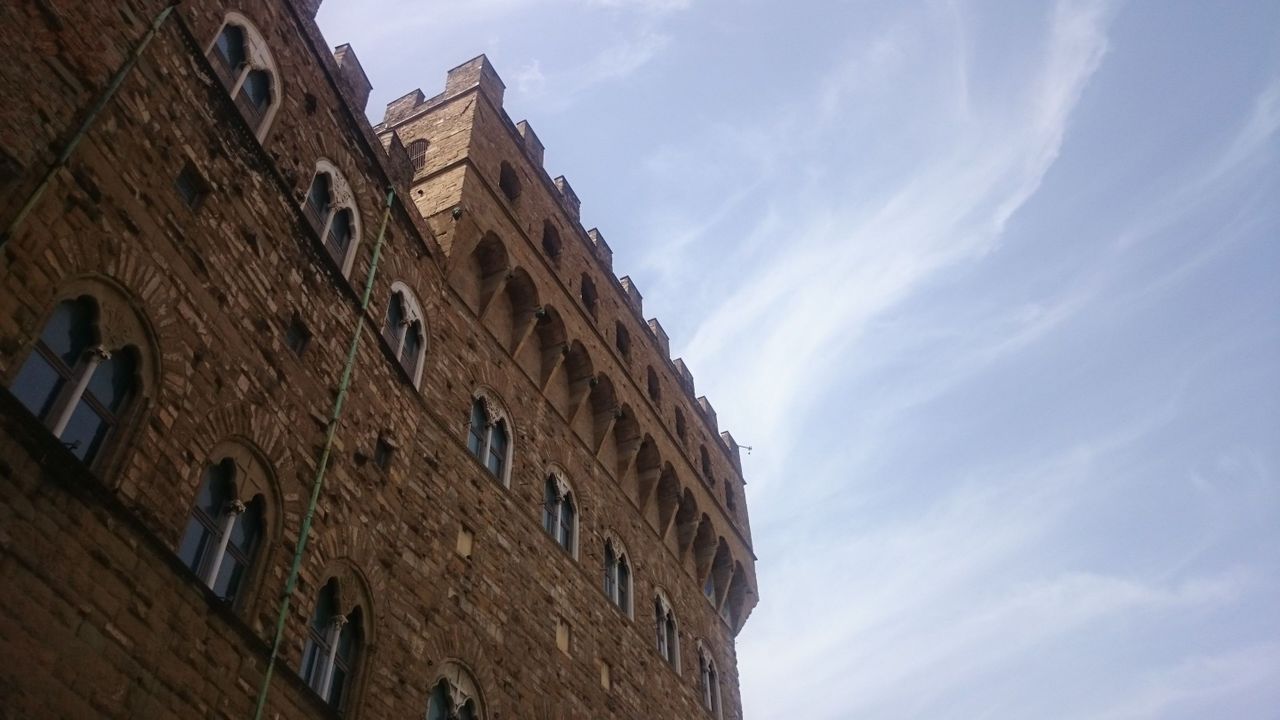 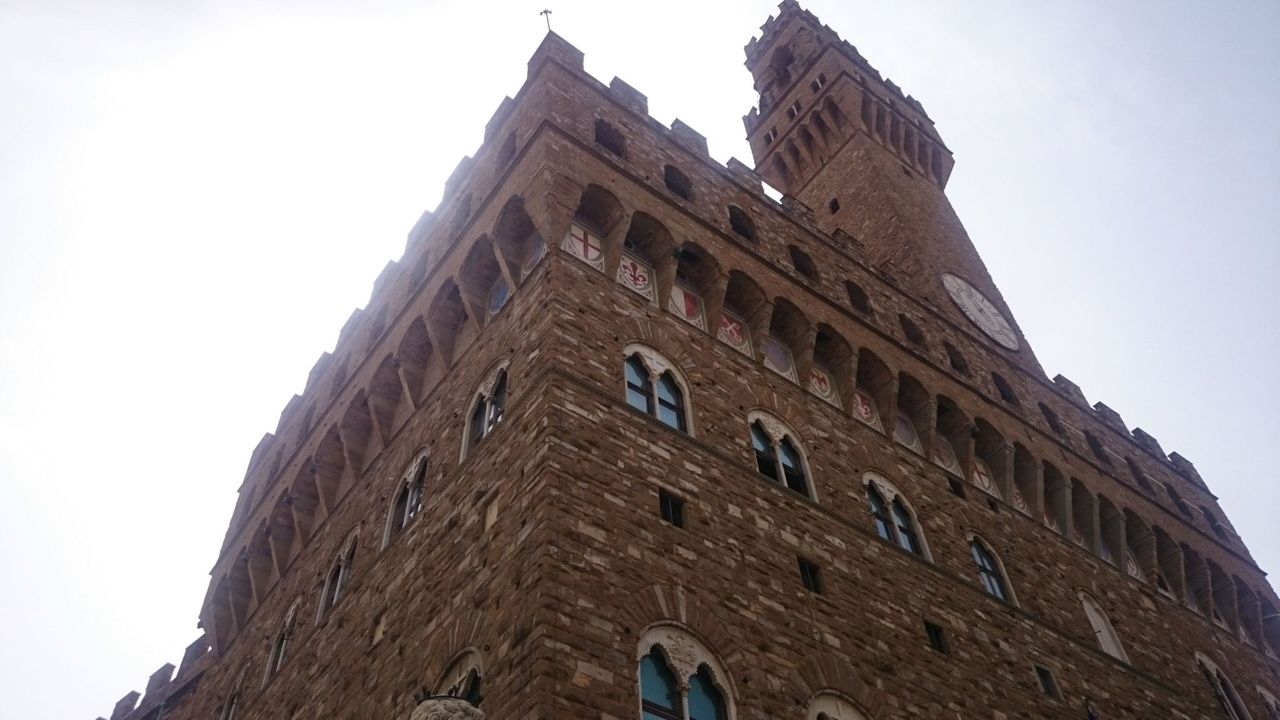 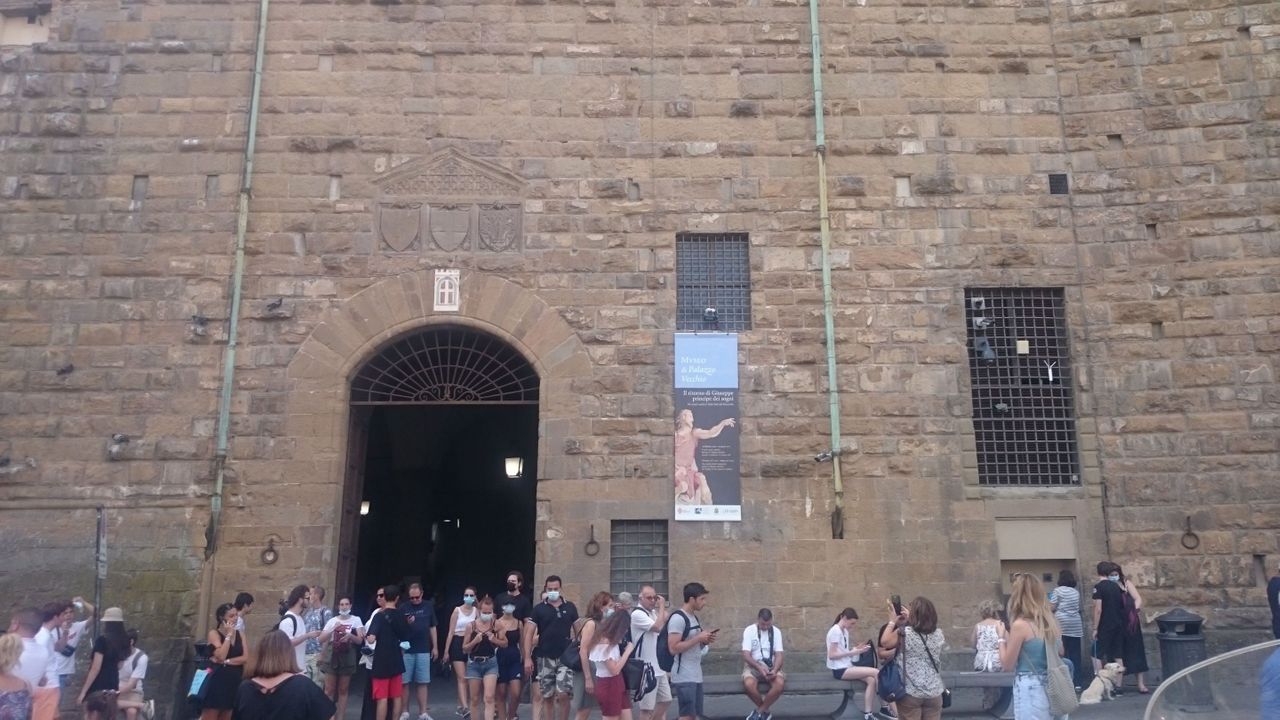 The Loggia dei Lanzi, one of the many other foundations that make the square so special

The Loggia dei Lanzi also attracts a lot of attention, also because it was built in a slightly different style, Gothic. It was built between 1376 and 1382.

It used to be used mainly for official occasions such as rallies and receptions. It is built in an open style and in it you can admire many famous statues. The most famous of them you may still recognize in the picture, it is made of bronze and stands relatively far to the left. It is 3,20 m high and shows "Perseus". 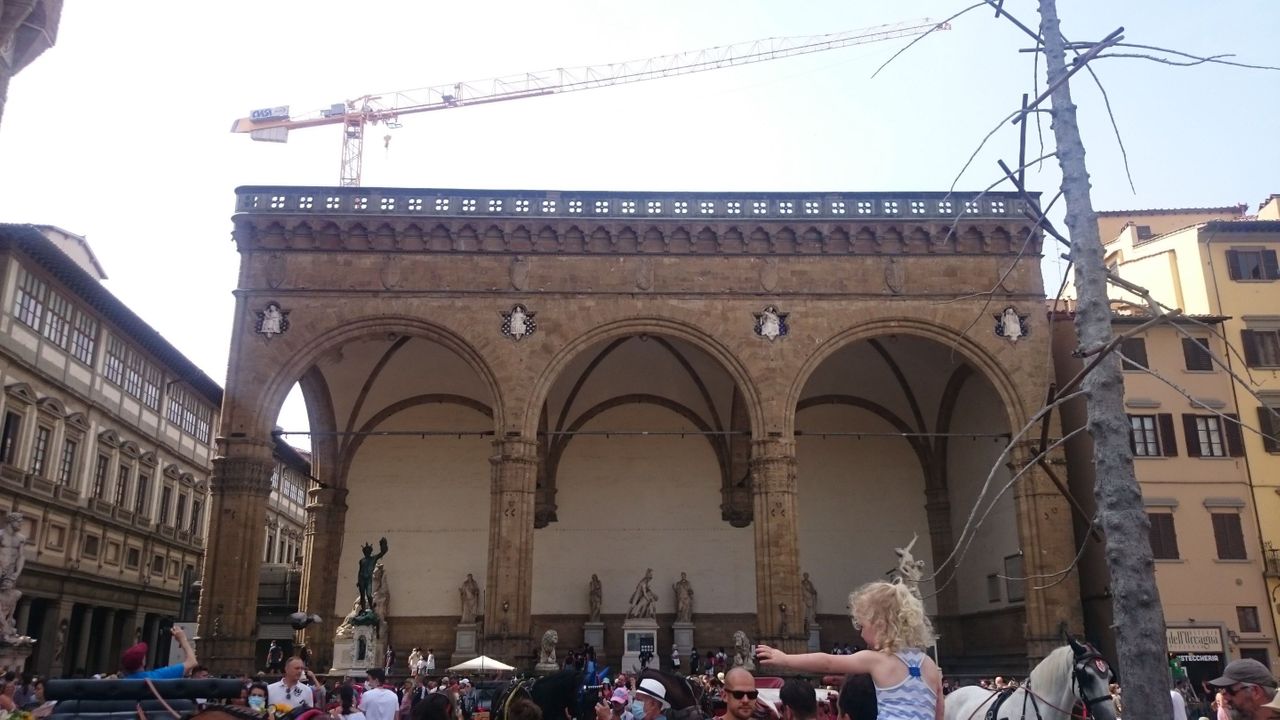 In the picture above you can see the Loggia dei Lanzi.

The Fountain of Neptune, the first public fountain of Florence

Directly to the left of the Palazzo Vecchio, in front of it, is the Fontana di Piazza, the monumental fountain of Neptune. It is definitely one of the highlights of the square and attracts many visitors. In general, I have observed that, standing from Palazzo Vecchio towards the large square, there are also more crowded on the left towards the many statues. Here are the most famous sights. On the right half of the square, on the other hand, it becomes freer, here are also partly restaurants.

The Fountain of Neptune was created by Bartolomeo Ammannati between 1563 and 1565, only within two years. It was the first public fountain of Florence.

From the place of the fountain there is a view not only to the river, but also in the other direction to the dome of the cathedral. I like such viewpoints very much. Maybe you have to look for the place a little bit in the beginning, but I was happy and proud when I found it ;)
The fountain shows, as you can already tell from the name, Neptune. He is surrounded by tritons and stands on his chariot pulled by horses. He is surrounded by nymphs and gods.

A relatively large fountain as an example of Roman tradition

I do think the story about the fountain is very interesting.
The fountain was given quite a large area, one of the largest available areas of Florence in the middle of the lively city. This can be explained mainly by the Roman tradition. Florence was to rival Rome in this way, because running water was quickly associated with cleanliness and cooling. It upgraded the city.
At first there were indeed some difficulties in the construction, or rather in the hurried completion. The fountain was probably also built for a wedding. The becklen was not sufficiently completed, so only the figure was properly finished. The carriage and other details, on the other hand, were built provisionally from bricks and mortar. It was only some time later that the fountain was properly completed, without damage again and again. 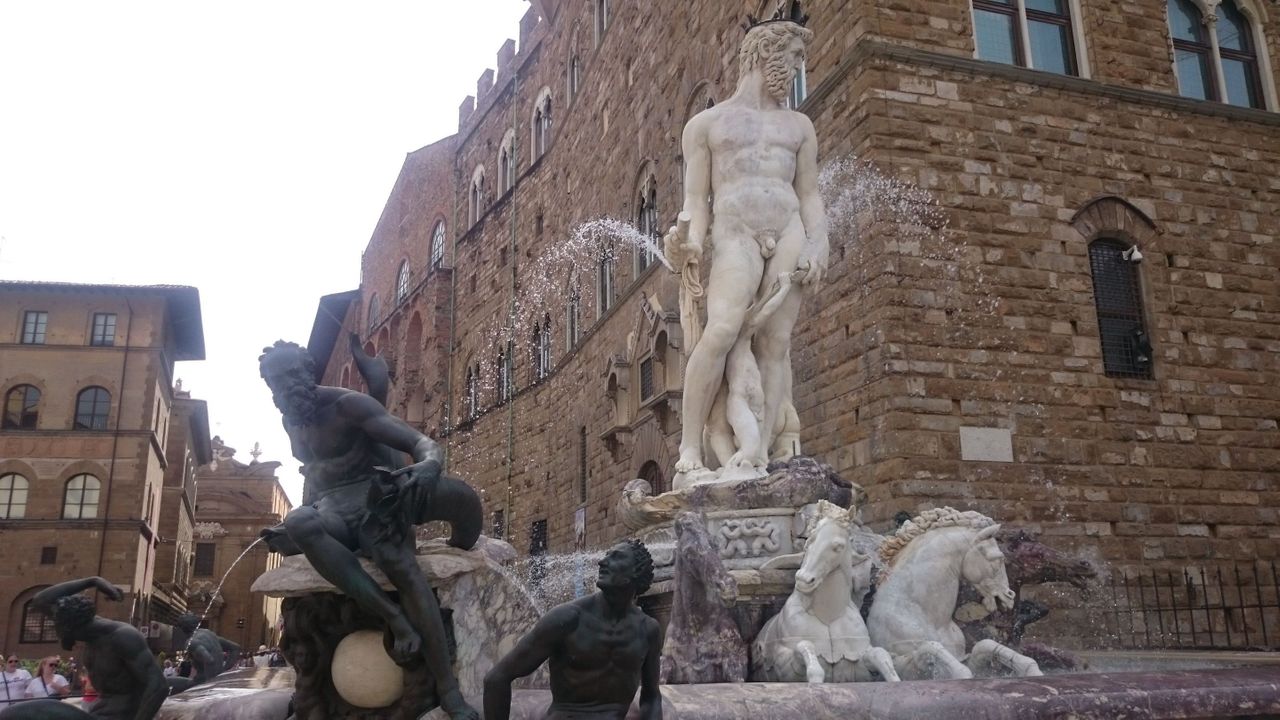 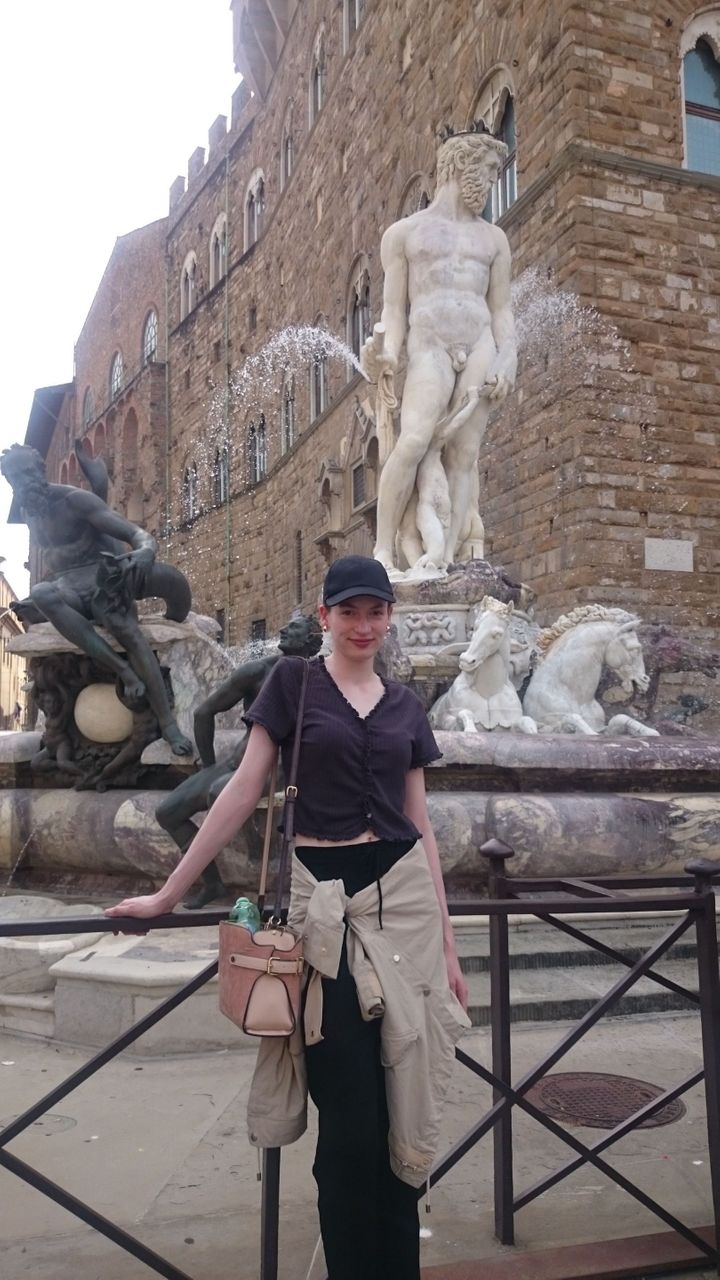 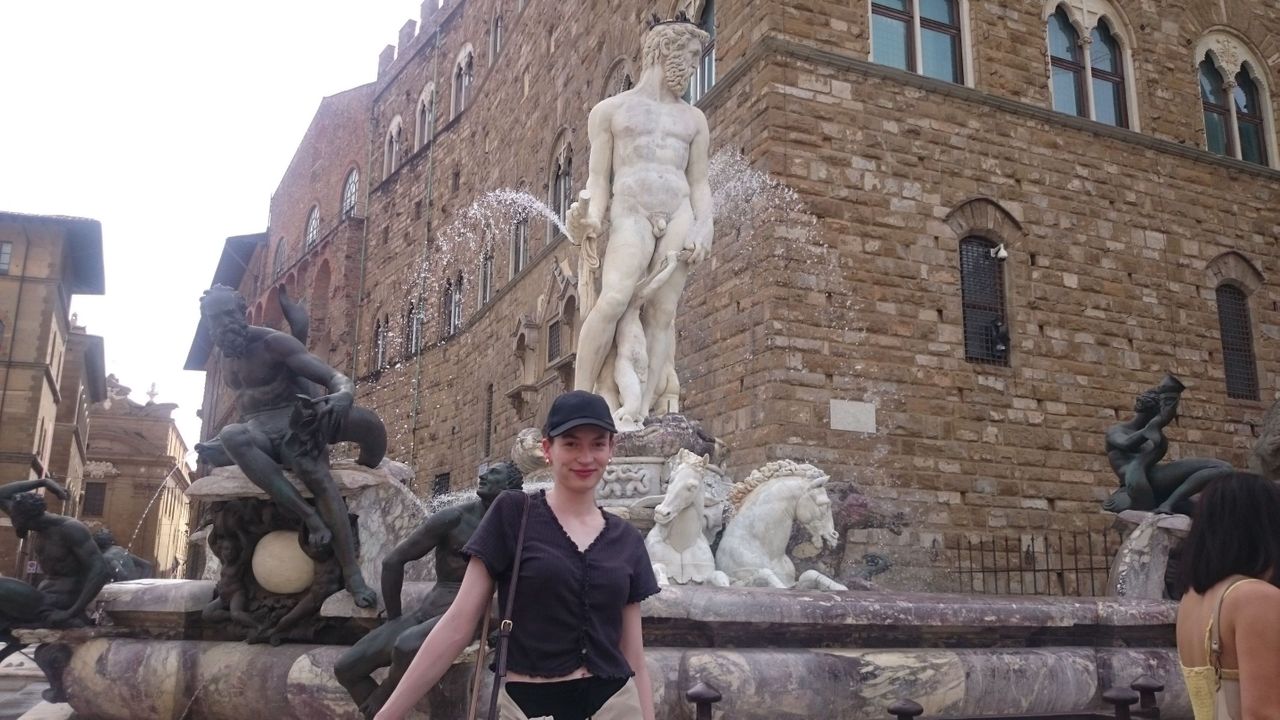 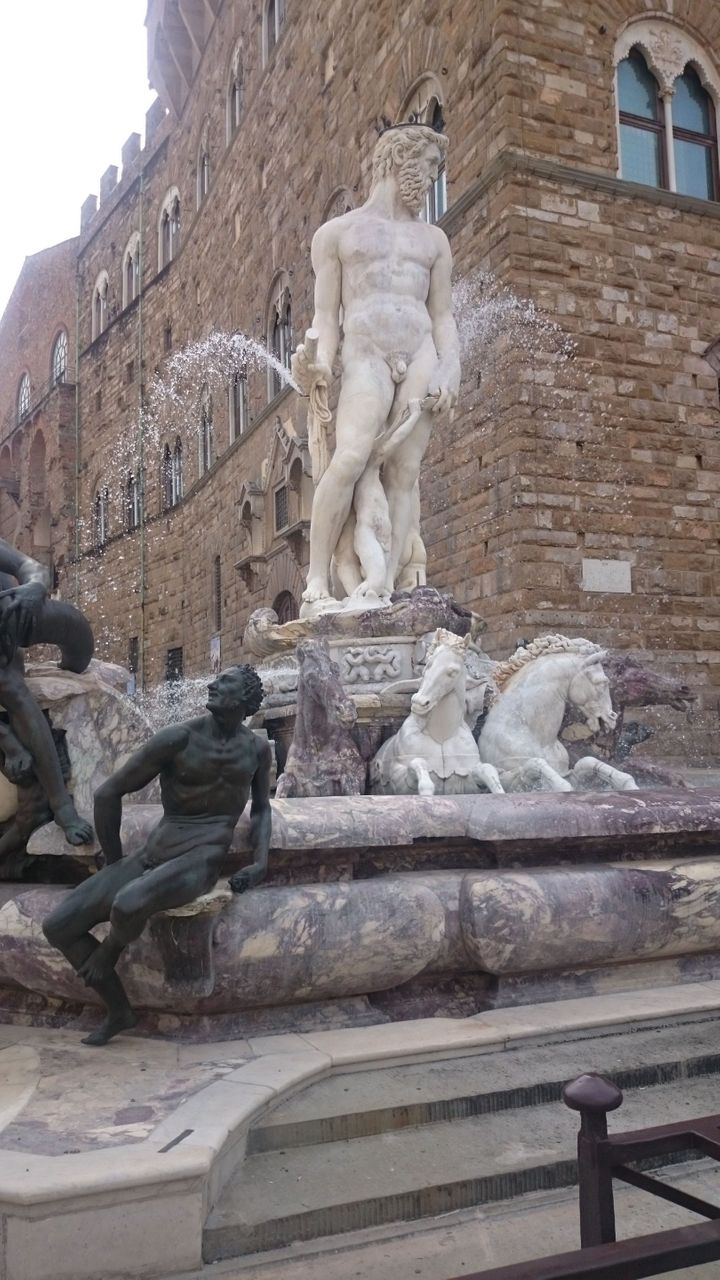 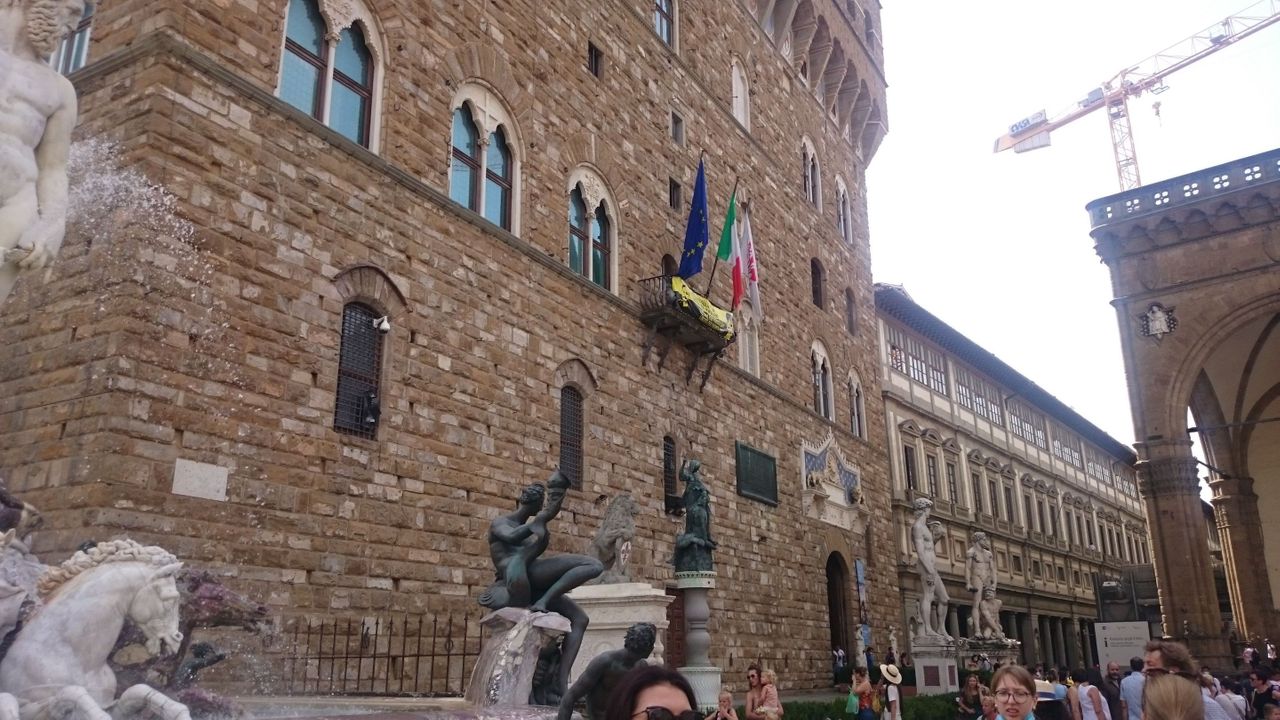 What do you say? What was your highlight of the square, which sight do you find most interesting, and which would you spend the most time on? The fountain was definitely the highlight for me on the square! Feel free to write me your feedback in the comments. See you next time!