Today I would like to tell you about our penultimate day at Reethi beach. We saw a Baby shark on a shark tour

On this one, we got up at 5am to join a shark tour. With snorkelling equipment, we took a speedboat at 5.30 am to a shark spot. During the trip, someone told us that he had been on the tour a few times and had only seen two sharks once. So it was not likely that we would be lucky, but we were still very happy. We drove to a place where the sharks are always fed. This is how they are attracted. If the guides see the sharks in the water, they let you know and you can jump into the water. There were only seven of us on the boat. I don't think it was just the early hour ;)) The sharks we were supposed to swim with are up to three metres long when fully grown. I felt a bit queasy, but as time went by, the feeling subsided. We stopped a few metres away from a "fishing boat". It kept throwing fish into the water to attract the sharks. At first, however, only smaller fish came, which looked very little like sharks. These are fish that always swim close to sharks. After a while we were allowed to go into the water. I actually saw a small baby shark swimming below, a few metres away from us. But I have to admit, we had imagined more sharks. Still, it was a great experience. And it was worth a try ;) Behind the boat on the other side there was another big shark, someone told us. It's a pity we didn't see it, but we'll definitely have the opportunity again some other time;) Watch out for dolphins

The boat we left on for the dolphin tour had a deck on top where you could sit and let the sun shine on your fur ;)From below, the feet hanging down looked pretty funny :) 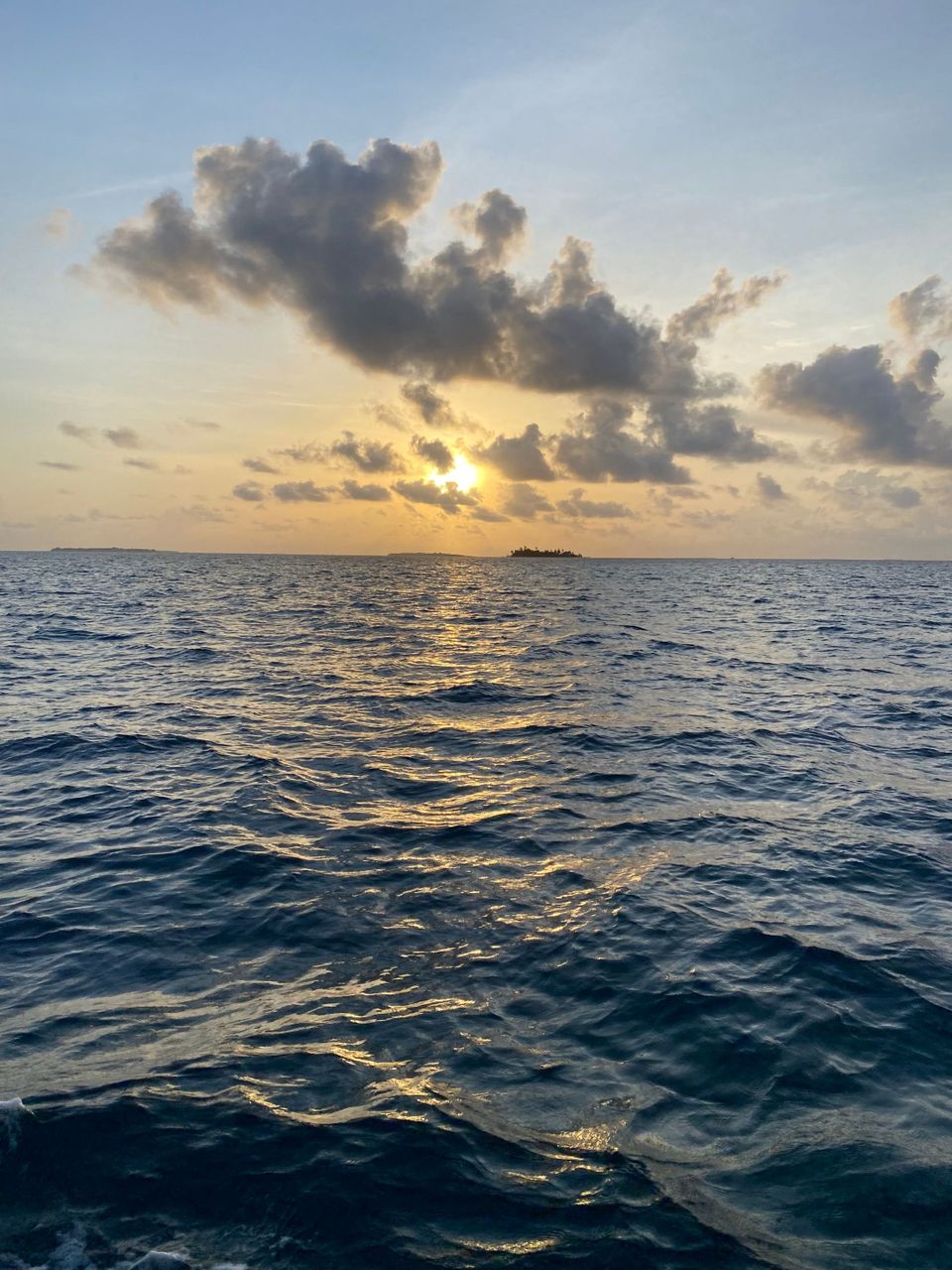 One of the most beautiful sunsets, even if a bit obscured

The sun sets relatively early here, around half past six, because it is island time here, there is a one hour time difference to Male. Especially when you book tours, pay attention to this, we had one or two misunderstandings.

From our accommodation it was less than ten metres to the beach, where we had our own sunbeds. Really very convenient, we had a Beach Villa ;).

On the cover picture you could already see one of the most beautiful sunsets I have ever seen. Admittedly, you can't quite see the sun here, it was hiding behind the clouds at the end. But the sky had such a beautiful purple colour. It really was a great evening. We lay on the beach with a blanket and music. I remember it fondly. I hope you enjoyed the post, even though it was a bit unstructured and I "only" showed you one of my daily routines in the Maldives. I didn't want to deprive you of the sunset and the purple colours;) Feel free to write me your feedback in the comments. What would you most like to have done in the Maldives or have you been there before? See you next time!