Something I have wanted to do for a long time was drive the Alaska Highway.
This Summer it happened. From the start in Dawson Creek to Whitehorse is app 1,400 Km, the entire length is 2,200 Km.
The scenery was breathtaking, and the wildlife spotted was incredible ..... as well.
The caribou were plentiful, usually solo or small groups are seen along the roadside .
Five separate times I had to brake hard as some large animal decided to walk out from the brush onto the road. Driving at night would be very risky, and with the long hours of daylight during the Summer months, you really shouldn't have to.
When I was there is started to get light .... around 5am and dusk was about 10pm.
These are Woodland Caribou, the white tail and white socks are signs, as well as their location.
The Barren Ground Caribou are..... usually farther North.
The Woodland Caribou in the Yukon number 41,000 individuals, so they are likely to be seen.

There is a Wood Bison herd, that usually grazes near Watson Lake, they .... they are massive, with the males weighing up to 950 Kg. They will stand right on the highway and you get a close up as you very slowly weave around them.... The bison like open spaces and studies show they spend 72% of their life within 100 metres of the Alaska Highway. This is great for sightseeing, and tourists. However vehicle collisions have a major impact on the heard and the .... 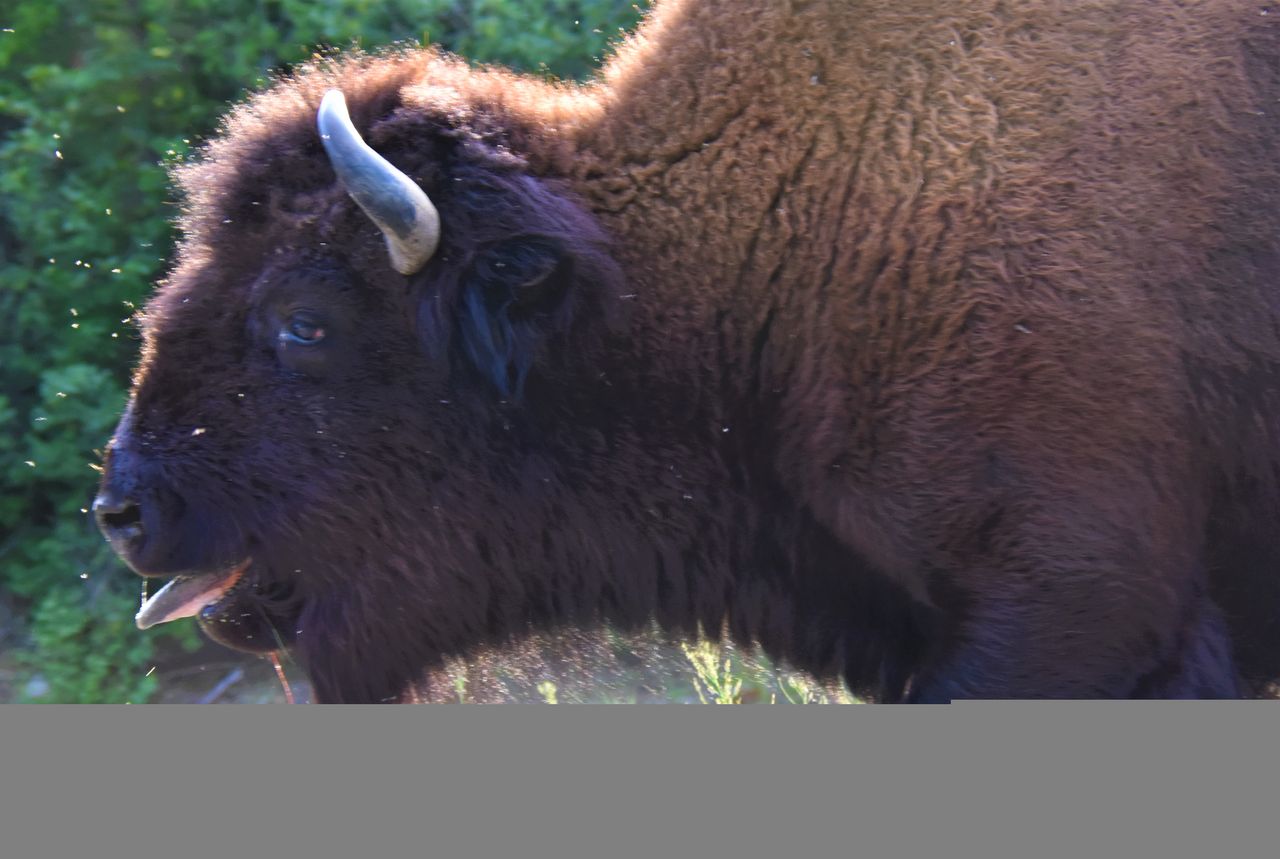 vehicles and occupants.
Reintroduction of bison after being extirpated out of B.C. in the early 1900's has worked, but not well. With the forest canopy closing in, more open spaces are needed for the..... bison to have a stable population.
We saw a number of Black Bears, this female had two cubs with her. One was brown, which being a black bear is not unusual, it is just a variation of colour, but still a Black Bear species.
Always maintain a good distance from them, never approach, or feed. I always carry bear spray, it's a pepper spray. But by using common sense, following proper procedures the chances of needing it are very slim.

We hope you enjoyed our wildlife encounters and thanks for viewing.