I Hiked On The Oregon Trail! In case you haven't all guessed it by now, I am a bit of a nerd. I am an especially big history nerd. And not just about the grandiose things, heck, I get all sorts of excited over the little stuff too, there's just so much to learn about out there.

Anyway, The Oregon Trail has always been fascinating to me. Probably because the very first computer game I ever played was The Oregon Trail on DOS. And yes, I died of dysentery. Multiple times. That bit of personal history aside, Westward Expansion was something I read a lot about as a kid, I especially devoured The Little House On The Prairie books, and no matter how you feel about that point in history, it could probably be agreed upon that the pioneers were tough people. I got a great visualization of that grit the other day when I hiked on the ruts of the actual Oregon Trail just outside the city of Boise, Idaho. At the southeastern edge of town there is a park that one can park at. Upon disembarking your vehicle you can walk along the ruts of the Oregon Trail. And not only that, you can also hike up them and look out along the Boise River Valley just as the pioneers of old did. I doubt there were tract houses back then, but the view is still much the same I imagine. Can you imagine driving a vehicle down this, let alone a wagon team? Before I hopped down the grade like a maniacal little mountain goat I yelled, "I'm gonna send it!" The most understated quote of all time🤣

Something that really struck me and got my history bug all kerfluffled with joy is walking down the opening in the granite that they had to run the wagons down. My friends, I still am in awe how they even got the wagons down the side of the canyon. It was incredibly steep, and incredibly jagged. They didn't have cranes or Jeeps with winches. Determined people are quite impressive! In places the sagebrush is slowly reclaiming the rutted trail...

During the hike, as I was bent over going up a wagon rutted and very steep grade, I paused and just envisioned a couple of oxen hitched to a rustic wood wagon going down the hill. Can you imagine? I mean, they dragged trees behind them as a type of drag brake to keep from flying out of control down the hill. I've ridden horses down a few Snowy River grades in my day, but I can't imagine being precariously perched in a wagon going down such a thing. 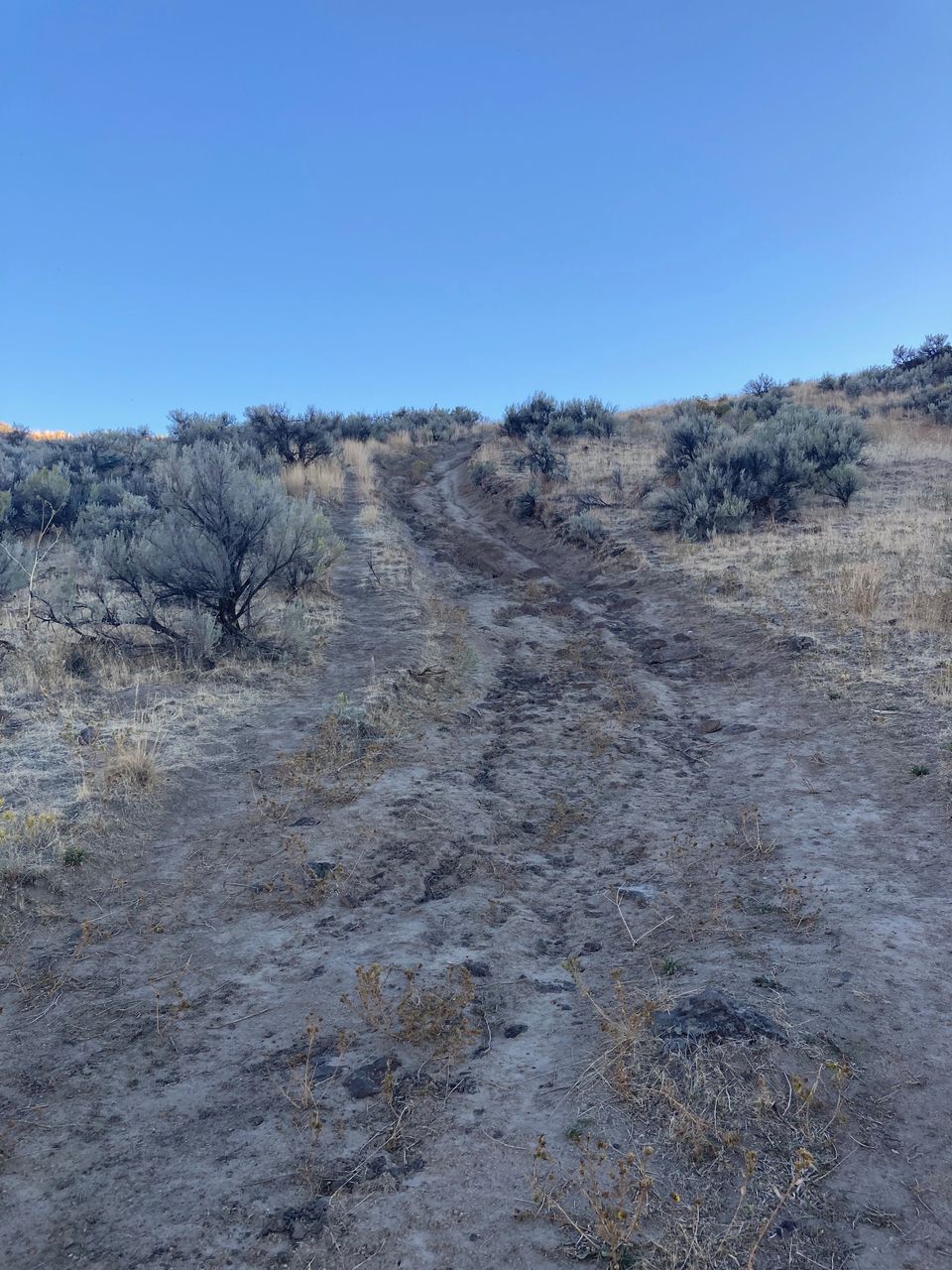 All in all we hiked about five miles around and through the trail. It's still amazing to me that the wagon ruts are still there over a hundred years later. So much of our history is often worn, wiped, or edited away, and I think it's incredibly important for us to preserve, conserve, and/or archive what we've gone through. Both the good, the bad, and the not particularly interesting. And relevant side note time: If you haven't played the tabletop Oregon Trail game yet, I implore you to do so. My most excellent pal @jacobtothe brought that marvelous diversion over one evening and I must say it's a blast, even if all you do is spend most of the game play dying in various 19th century pioneer ways.

And most of the time, all of the images in this post were taken on the author's not quite excited about history as she is iPhone.
Haveyoubeenherehaveyoubeenherepinmappletravelnaturehistoryidahohiking
generikat71
via hiveblog
$ 38.89
187
H2
H3
H4
3 columns
2 columns
1 column
7 Comments