Once there was a SOULSTORE.

Its name was unusual and weird. A sign advertised in the middle of a little square that you can buy something unusual here. Or can we even buy something here, or just the name is fool? People thinked when they walked here during dog walking. But even those people stopped here, who ran and had little time, because they did not saw anything like this so far. Two pensioners shaked their head, when they started to go to a card party, and discovered the store.

"I say this early that it will not be open even for a week, because who would care about such a foolish thing."

"I do not even understand what the owner wants. I think that he arrived here from a different planet, because you can hardly live here even with a honest work, and not with this soul thing.

No one understood what is it, but they waited for the open very much, because curiosity is a big thing. Then the store opened on a winter morning. A kind lady waited for someone to enter. There was cold outside. Inside was an inexplainably pleasant warm temperature.

The first customer arrived at noon. He was very shy with pushing down the doorhandle, he said something similar to hello. The lady welcomed him with a smile, then gave him time to check the store. The man in his fourties got surprised, because there were no counter and products inside, but armchairs and a little desk. There were scone and a jug on it, in which lemonade was. There was a quiet, relaxing music, and the muscles of the man also started to relax, because a weird feeling went through him, as if he would arrived at home. There was only one sign on the wall, which contained every important details.

"Welcome to Soulstore. Here there is always time for me to listen for you. You can put down the burdens from your soul here. I would like you to leave with a smile on your face, and also gift others with smile. This is the currency here, and I will be happy if you come again. But the biggest happiness would be to meet you on the streets, and there would be happiness on your face, because then I will know that everything is okay in your life.

Enjoy yourself, and be happy!"

The man read the lines for a long time, because he did not see such a thing, where people would pay with smiles for something. After a few minutes, he said quietly that I would stay. The lady waved towards the armchair, then they sit down in front of each other.

The man took a deep breath, and started to tell a story. He shared the secret, soul burdening part of his life with the lady, then he made a deep sigh, and the only said thank you, it was very good. Then gifted the kind lady with a smile.

Many people already waited for him, and started asking him. What was inside? How it went? He answered with a smile, and he only said this was very good, then said goodbye, and walked away, but he also gifted a few more people with his smile. The curious eyes weirdly watched, asking from what he is so happy.

Then more and more people entered the little store day after day. Then slowly everything started to change on the square, because people spoke on the square, friendships made, and many people laughed a lot. The owner happily watched the happiness of the people, because to him this was the greatest gift. 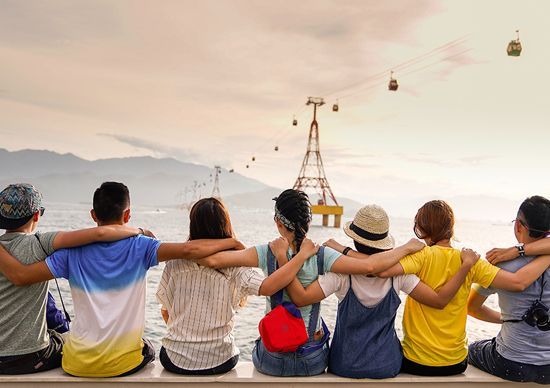 After a year, the sign was removed from the store, and a little sign told that the store will close soon. Some people were happy for this, and gloatingly told the owner that we know you cannot make a living with this.

He is stupid, said a few people, but a few weeks later they are also talked on the square, and it was visible that they are happier.

Fairy tale! You may say dear reader. Yes, it is, but who does not like fairy tales, and who knows, maybe one day becomes reality that we will love and respect each other more.