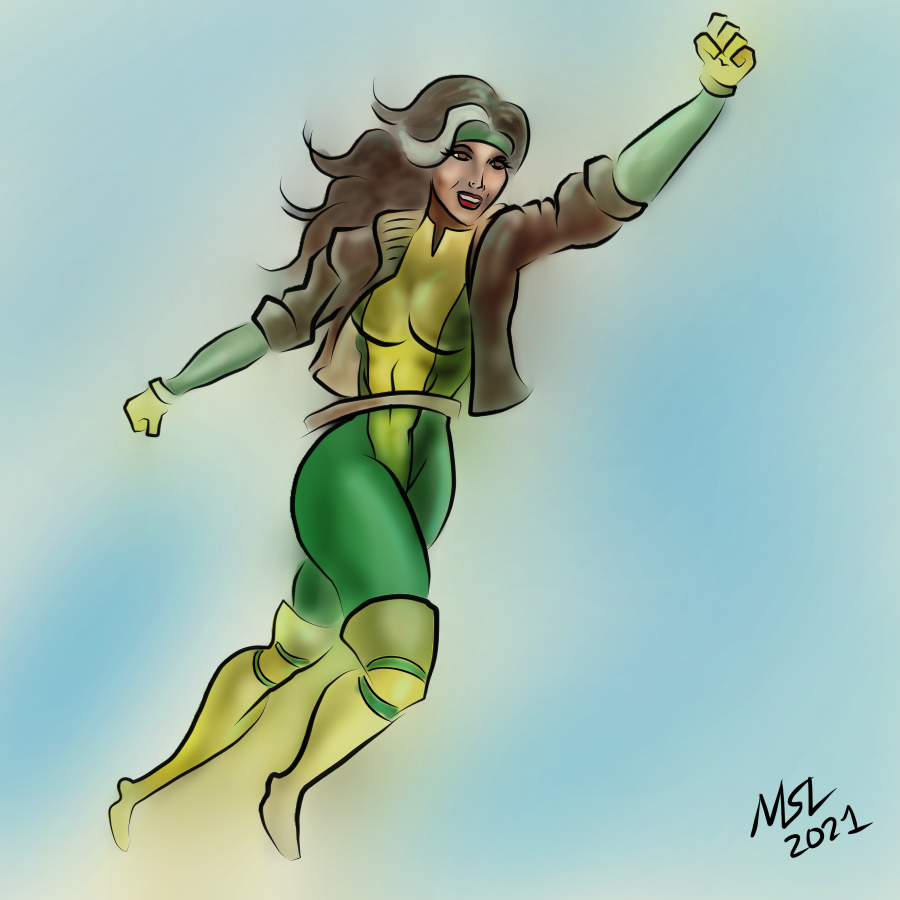 Rogue has had about 15 different costume changes since she first appeared in the pages of the Avengers. Yep, she was in the Avengers comics before X-Men. Of course, she wasn't an Avenger, she was a villain, and permanently stole Carol Danver's (Ms. Marvel's) powers and memories. Because of this she became essentially schizophrenic and sought out Professor Xavier of the X-Men to learn how to control her powers.

Picked this costume because this was what she wore in the X-Men cartoon from the 90's.

Drawn in Clip Studio Paint Pro on a Surface Pro 4. Here is the time lapse video:

And the B&W line art version: 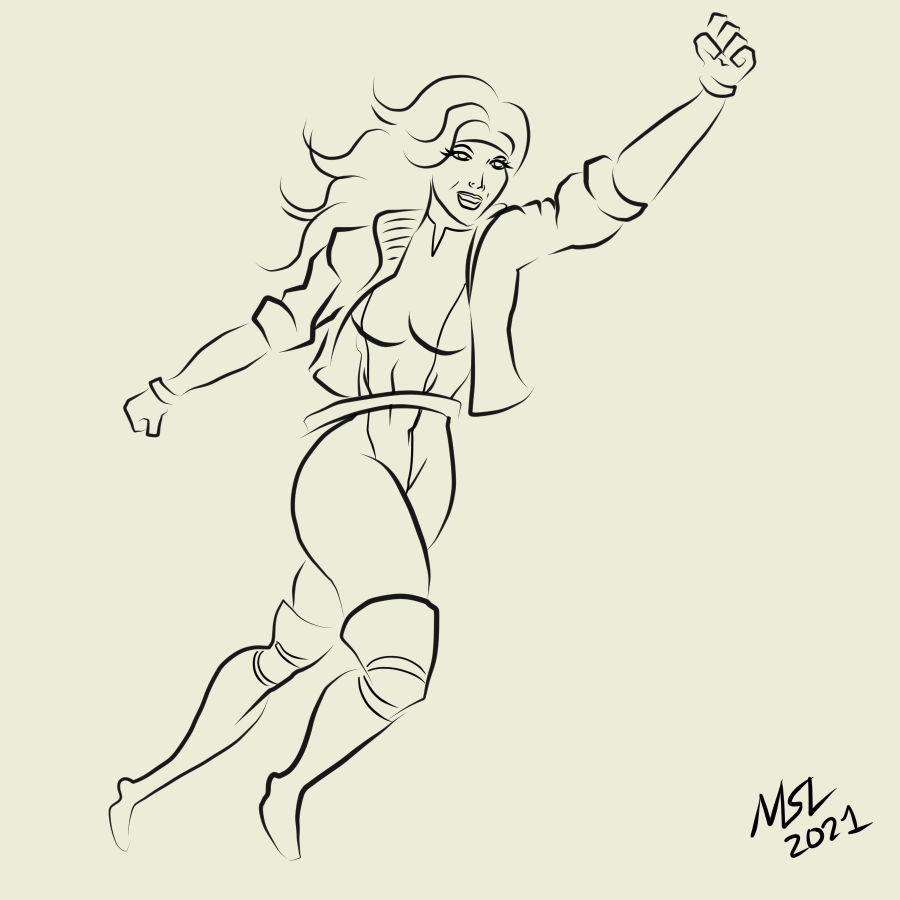