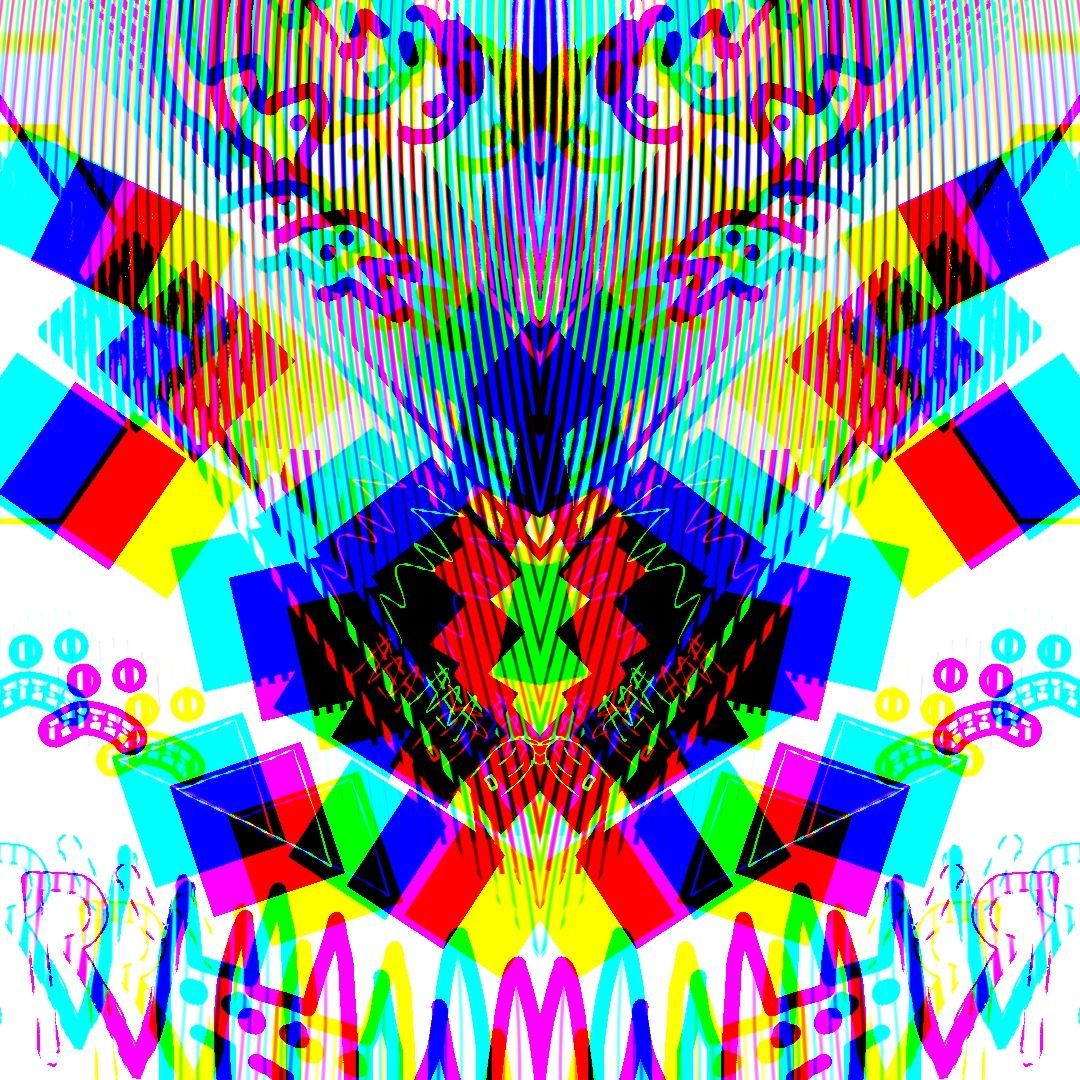 Today is Friday, which is great! That means my lovely and talented wife has the next TWO DAYS OFF!!!! (HOORAY!) (But, seriously, you folks have to make me independently wealthy, already, so that she can quit her horrible, but high paying, job and stay here working on collages and stuff with me!!! GET OFF YOUR ASSES AND MAKE IT HAPPEN! Ha! I mean, I'm doing my part...I think...)

Speaking of PARTS, let's look at a couple of fantastic collaboration pieces sent to me recently by Mr. Richard O'Brien (of the Chehalis O'Briens!) I love these poems---like Dr. Seuss meets Bambi vs. Godzilla! 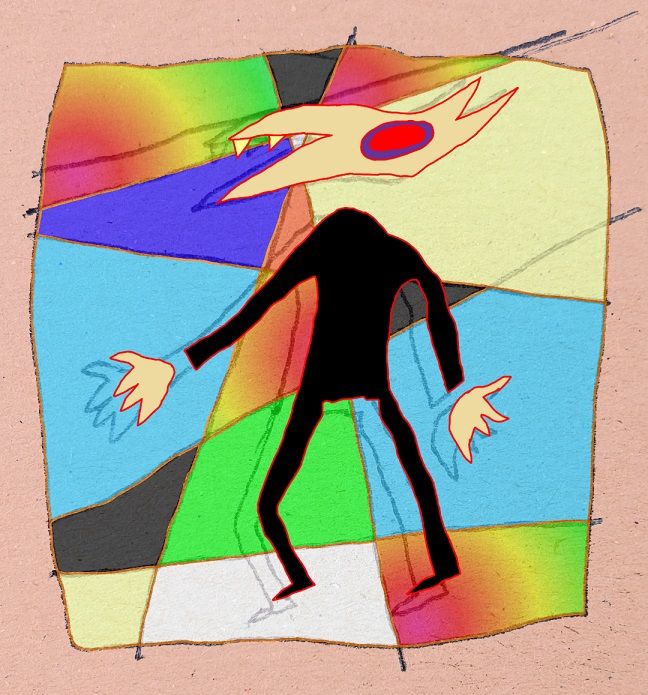 They called him “Disco,”
and Dan was the man.
‘70s through and through,
he was as cool as a fan.

Disco Dan was out of sight,
he was as hip as a quiche,
he was never jive,
and boogying down was his niche.

Oh, the moves he could make,
his hands and head he could spin.
Without cumbersome tendons,
every dance contest he did win.

Disco was hot like his dish:
cheese fondue with picante.
Disco was cool like his drink:
Martini & Rossi Asti Spumante.

But then ‘80s Eddie entered the club,
with a Rubik’s Cube and leg warmers.
He said, “Disco sucks!
I value Def Leppard and Madonna as performers!”
He continued to speak,
as the music went dead:
“Boys, cut off Disco’s hands
and then cut off his head!”

The blades rained down on Disco,
as the audience moaned.
But his appendages were already detached!
Like satellite drones!

Disco Dan’s victory was righteous,
and the hot mamas started to swoon.
As for ‘80s Eddie?
He was, tragically, gagged with a spoon.

Catch my drift, blood,
and forget the lies.
Get your groove on,
because Disco never dies.

FUCKING BRILLIANT! (And don't you dare deny it!!!)

Next up, another doozy! 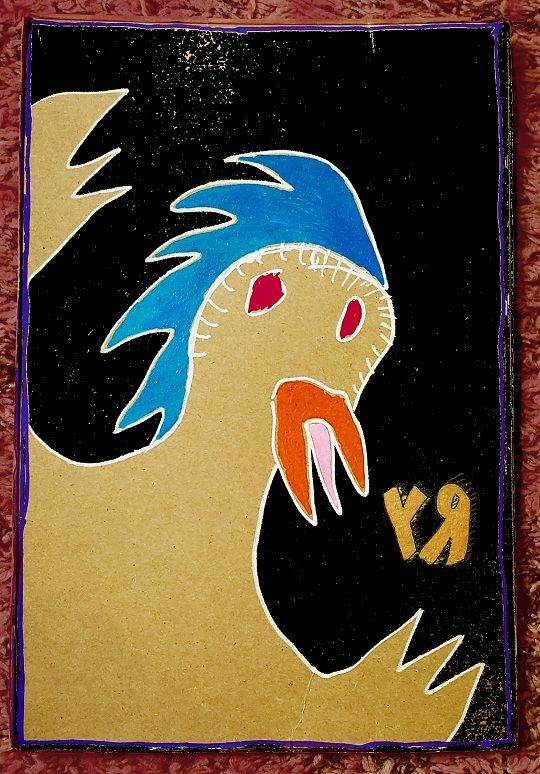 At the Pentagon,
medallioned uniforms were up in arms.
“Did we get a trace on that commercial location, lieutenant?”
“Yessir, general, it’s Foghorn Farms!”

“Cluck is calling for help!”
one general said.
“Launch all of our aircraft!
Foghorn Farms will wish they were dead.
Using a chicken to sell chicken?
Have they no shame?
Well, in t-minus two minutes,
they’ll own the blame for this game.”

The bombs fall,
from high up above.
Foghorn Farms becomes an inferno,
as the military shows no love.

The infantry swarms in,
but the battle doesn’t go according to plan.
Soldiers bring in baked beans and coleslaw,
eating all the chicken they can.

Psychiatric testimonies from soldiers,
described a scene most vicious:
they said, “War is hell,
but it smells quite delicious.”

Everything about that poem is demented! PERFECT!!! If you're curious, I also have this image available as an NFT on Hic-et-Nunc (1 of 1 for only ONE TEZ!!) Check it out here, if you are so inclined: https://www.hicetnunc.xyz/objkt/147108

Here is the description that I wrote for the image (which is contradictory to Mr. O's---in all the best ways!):

Deep in the forests and mountains of Washington State lives a gigantic, prehistoric creature that brings terror to the hearts of the toughest logger or park ranger: The Giant Chicken of Washington!!! When in these primordial woods, always beware the clucking...

(And don't worry, folks! I haven't given up on NFT Showroom!!! It's still my favorite NFT platform by FAR!)

Last bit of something for tonight, I have collected, in one PDF ZINE, all of the existing serialized episodes of my story, SMALL TOWN SHADOWPLAY! The piece was started as a blog where I would post a new chapter whenever I felt the urge to write. Like with many of my projects, however, I abandoned it when my head tore off in a new direct, and I inevitably threw myself into a different project. (I have no idea what that might have been.)

Either way, I'm amused by the story as I left it...and now here's where stuff gets interesting (to me.) I want YOU FOLKS to add to it! Take what I've got and run. Kill folks off, bring people back, add characters, explore a sideline figure or two... Whatever you want! If I get enough additional materials (and to me, 8 or 10 pages would probably be enough), I'll make a PART TWO to this zine... Who knows, I might even take another crack at cranking out a new chapter or two!!!

The story is a murder mystery with supernatural elements. To grab the PDF copy of the zine (which you can print out if you want), go here: 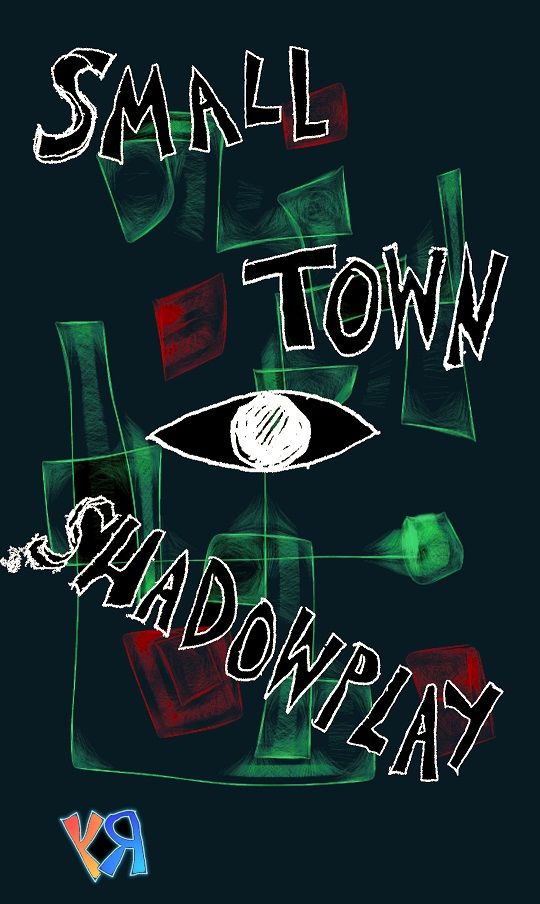 For fun, here are the other FREE PDFs that I've made available, so far!

IMPOSSIBLE TO PRODUCE ZINE 01
(Odd collage "zine" produced at 30 inches by 30 inches... Not sure why I did it this way, but there ya go!)

Okay! Thanks for stopping by! Have a survivable weekend!!!

---Richard F. Yates (Holy Fool) with MASSIVE gratitude to Mr. O'Brien for all the support and laughs!!!