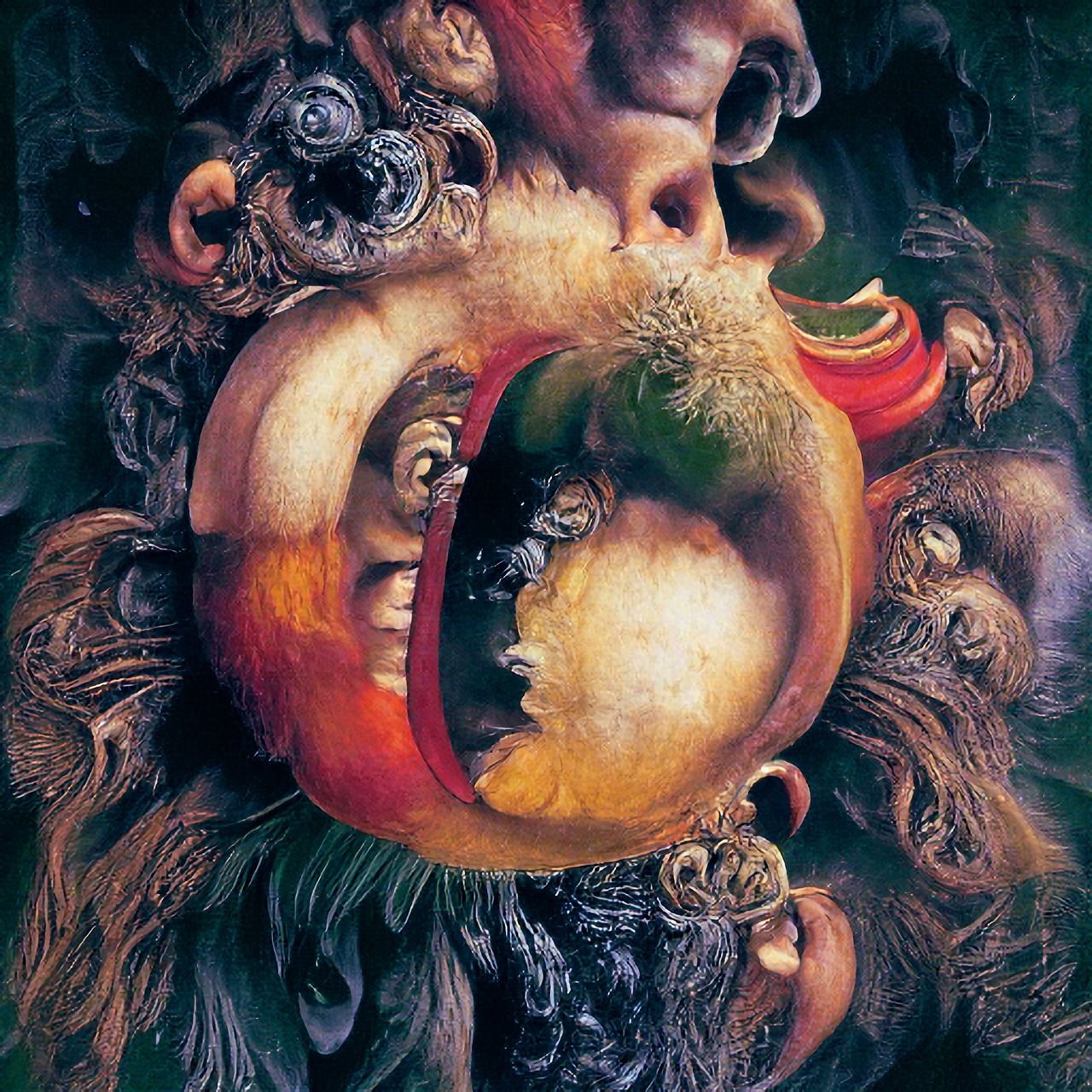 Just received transmission from the Mother Ship regarding the existence of a group of beings watching over all the happenings in the multiverse. They seem to be headed by the being pictured above which directs the other (we shall call them 'The Watchers', for now) Watchers.

The intel seems to suggest that they have been here from before the Sentients (first referred to here, a glimpse into their life here) but definitely after 'The First One'. What exactly do they do? We do not know for sure yet. It is surmised that they are merely observing all the happenings in the multiverse and recording the events. For what? For whom? Is the very purpose of their existence recording events in the multiverse? Are they the Multiverse's black boxes? Do they know how many cycles of creation and destruction the Universes have undergone?

The being above seems to influence the other Watchers in controlling where they are at what times. The other Watchers seem to simultaneously share information with each other and with the head Watcher in an unknown manner except that it reminds us of Quantum Entanglement. How it works at the macroscopic level is beyond us! One thing is for sure, nothing escapes their eye (pun intended), not even the happenings inside Black Holes (if you thought you could get away, you naughty fellows!)!

The images that follow show the rest of the Watchers or at least our perception of them. There seem to be watchers for the five classical elements of yore. Have the Ancient Ones been right all this while? Do the 5 elements really make sense? Do these watchers appear so to us or is this how they are? Is there something other than these physical manifestations? I ask all these questions because there has been a momentary break in the transmission of all the images from the Mother Ship. Are The Watchers finally interfering now that we have observed them?

Those familiar with the 'Observer Effect' and the 'Double Slit Experiment' will know about how even observation of an experiment can influence the results. Have the Watchers influenced us just by their mere act of observation? It does not seem like that. They seem to have reduced the Observer Effect to zero. Are they outside the Multiverse? Do the laws of Physics not apply to them? Or are we not sensitive enough to pick up the influences? Has our act of observing them influenced them now? Did they choose to get observed now and manifest themselves in the physical dimensions? Who is observing whom? 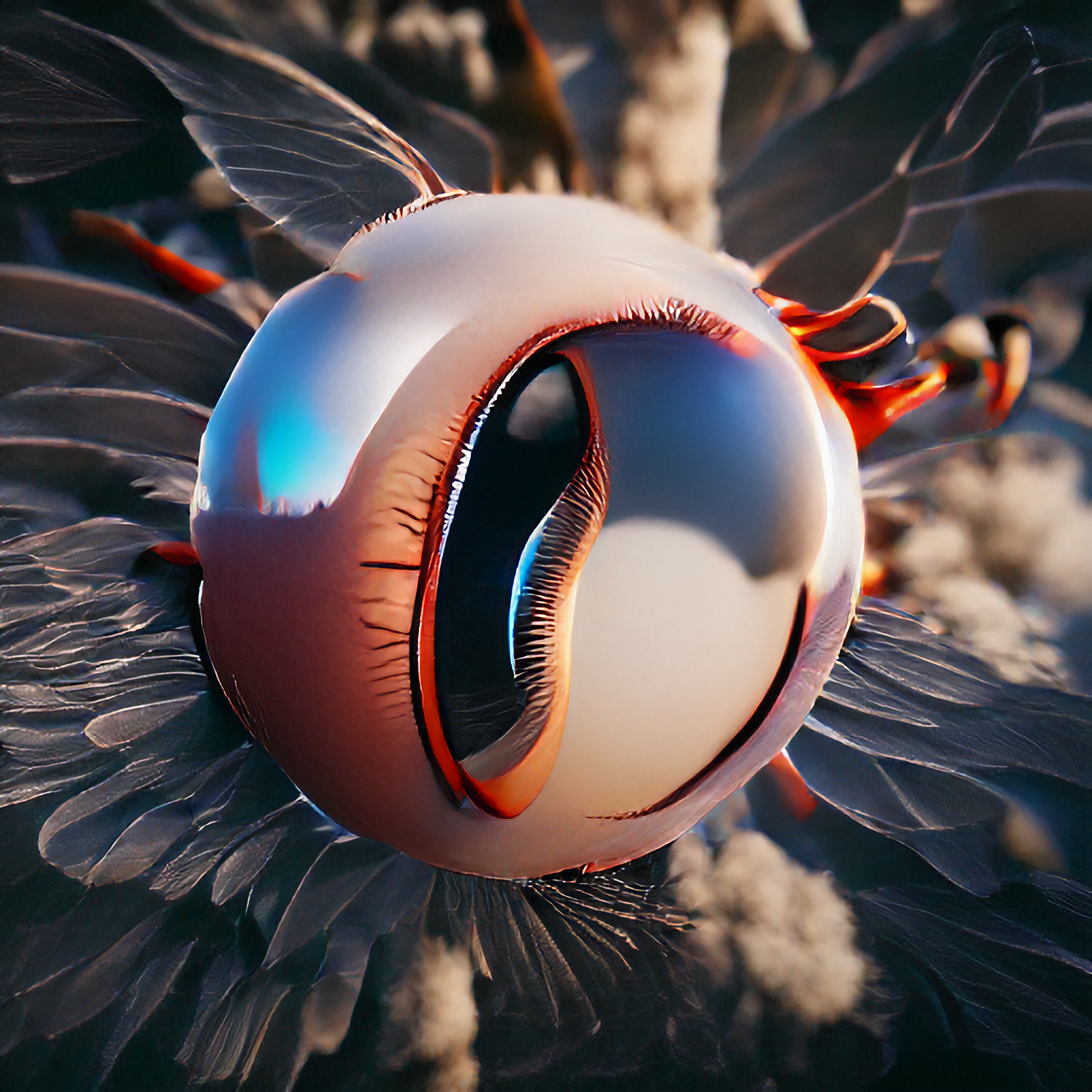 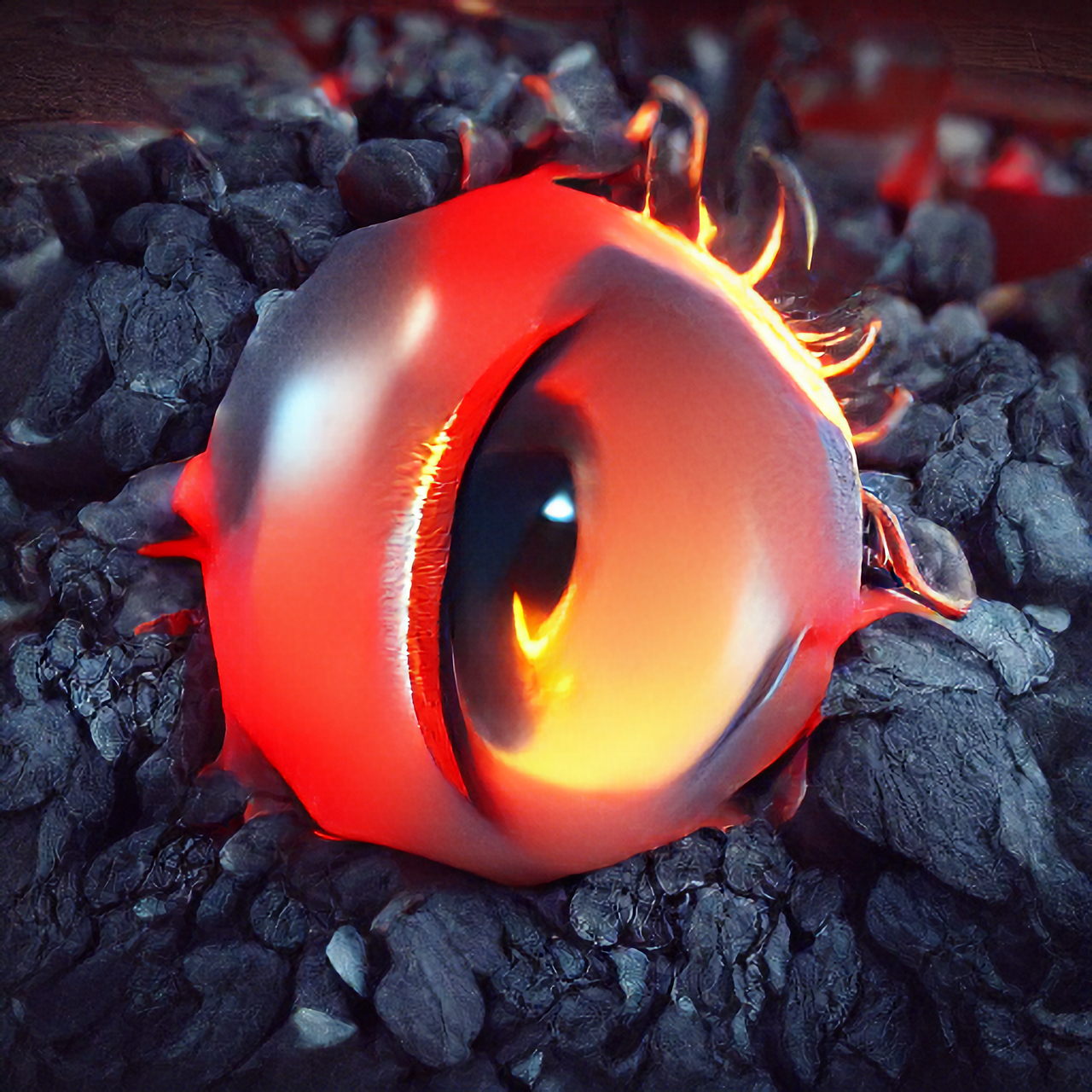 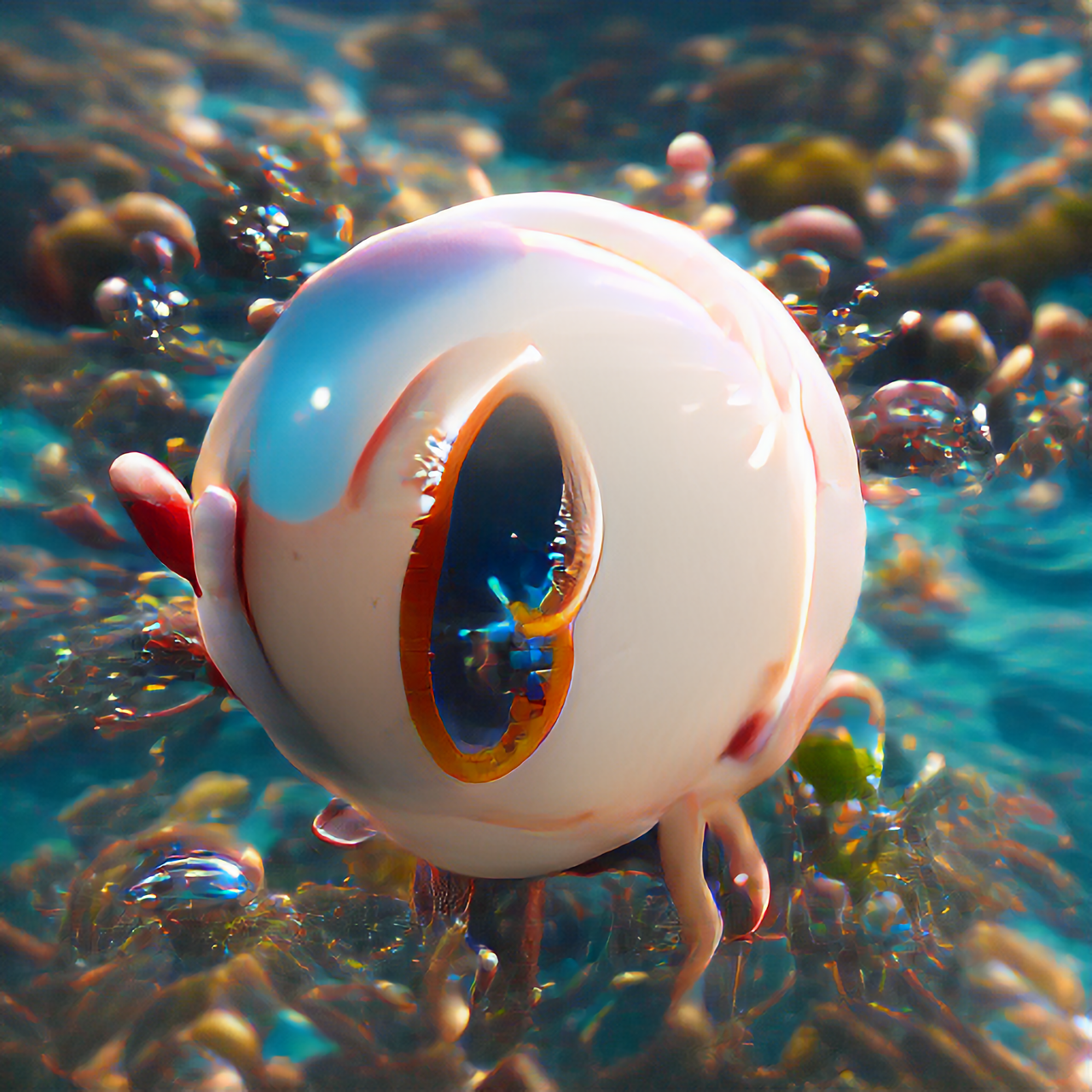 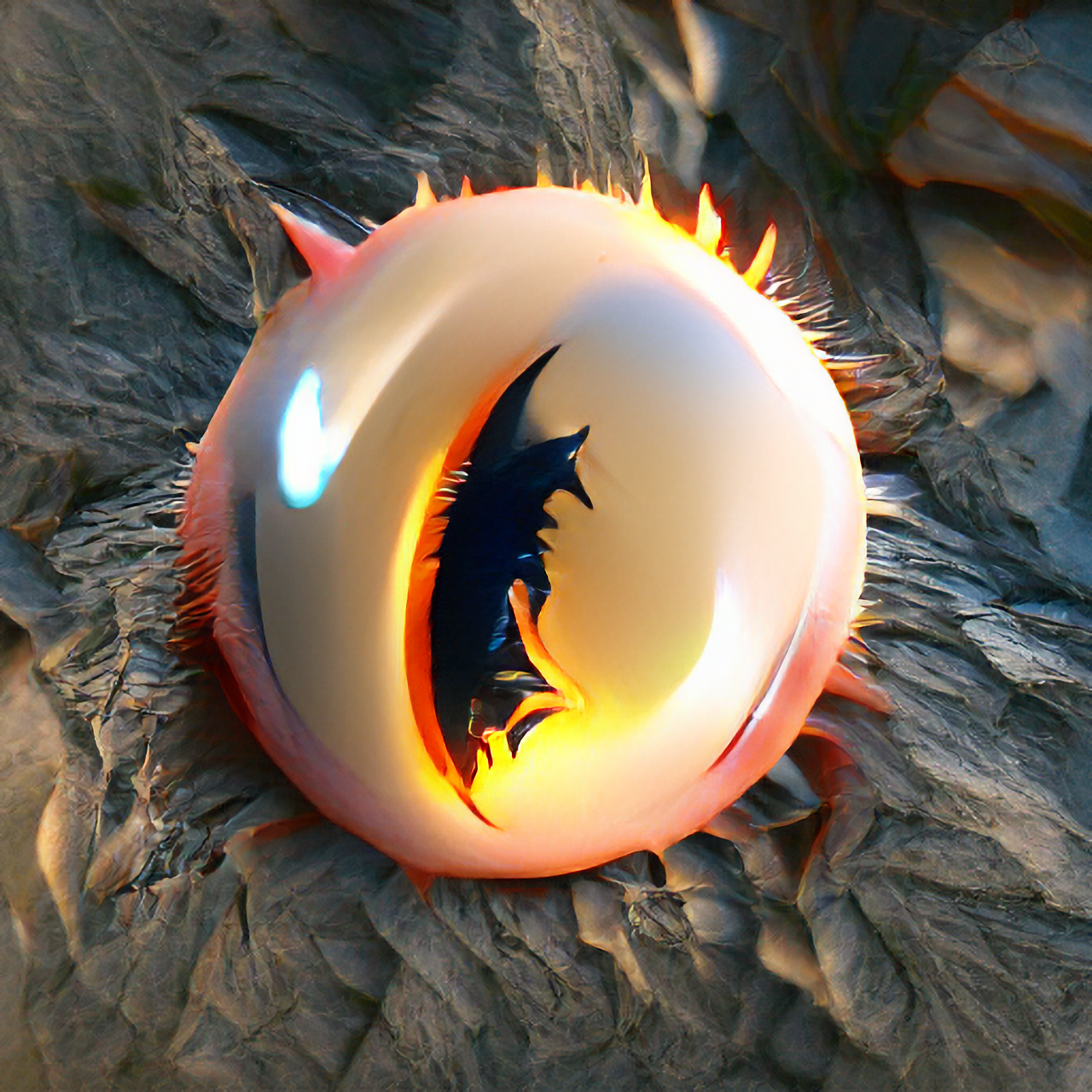 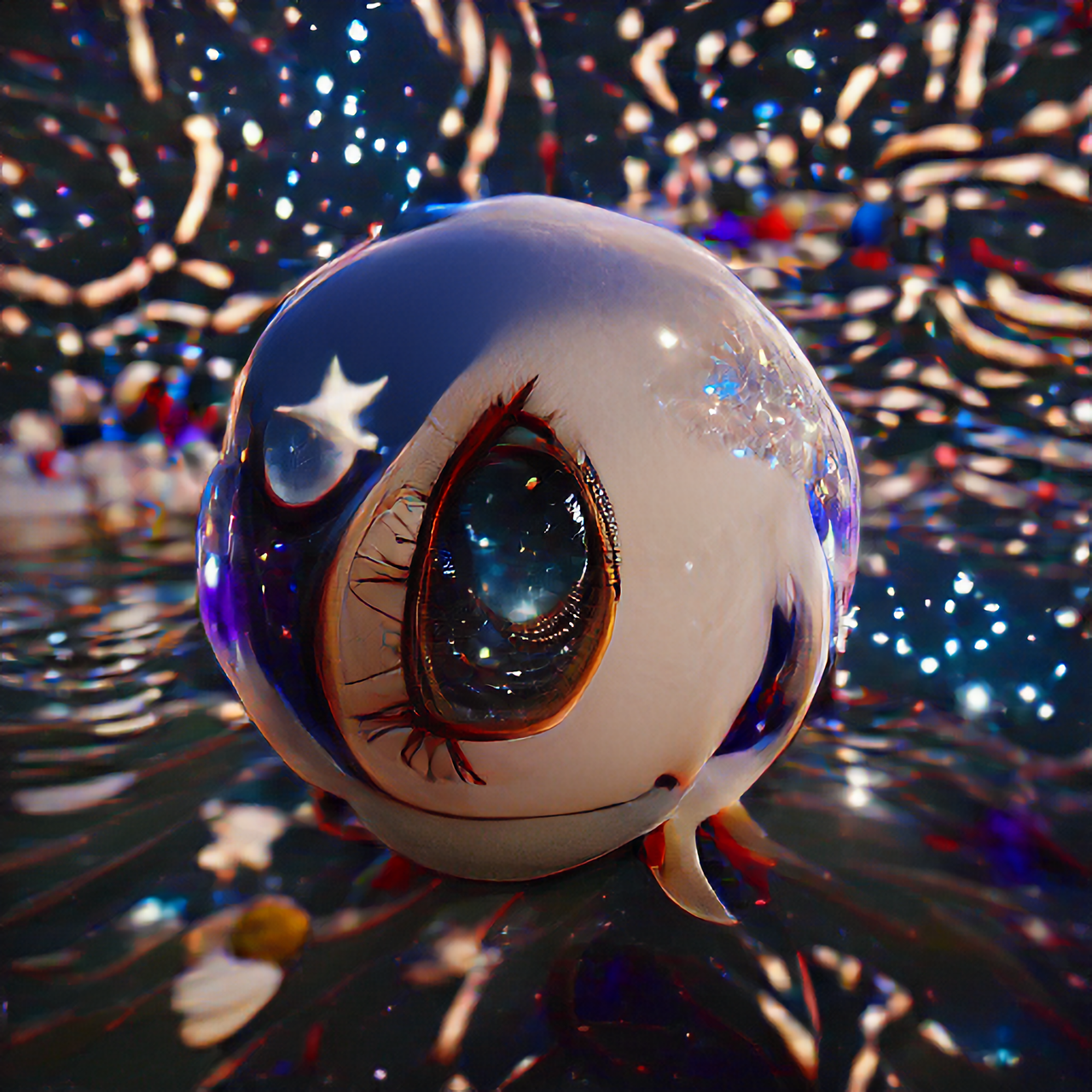 Hello everyone,
I hope you are fine. I would like to thank all of you for the continued support, appreciation and leads for improving AI related art. Here is another post with images generated with VQGAN+CLIP and edited further. The first 3 images in this blog were generated with the modified script by @jotakrevs. All his modified scripts can be found here. People interested in AI art, please bookmark his post. The next 3 images were generated with the original VQGAN+AI script by RiversHaveWings.

I almost forgot to mention, the initial image I used in the script was a digital drawing I had done when I first started using Procreate. This one : 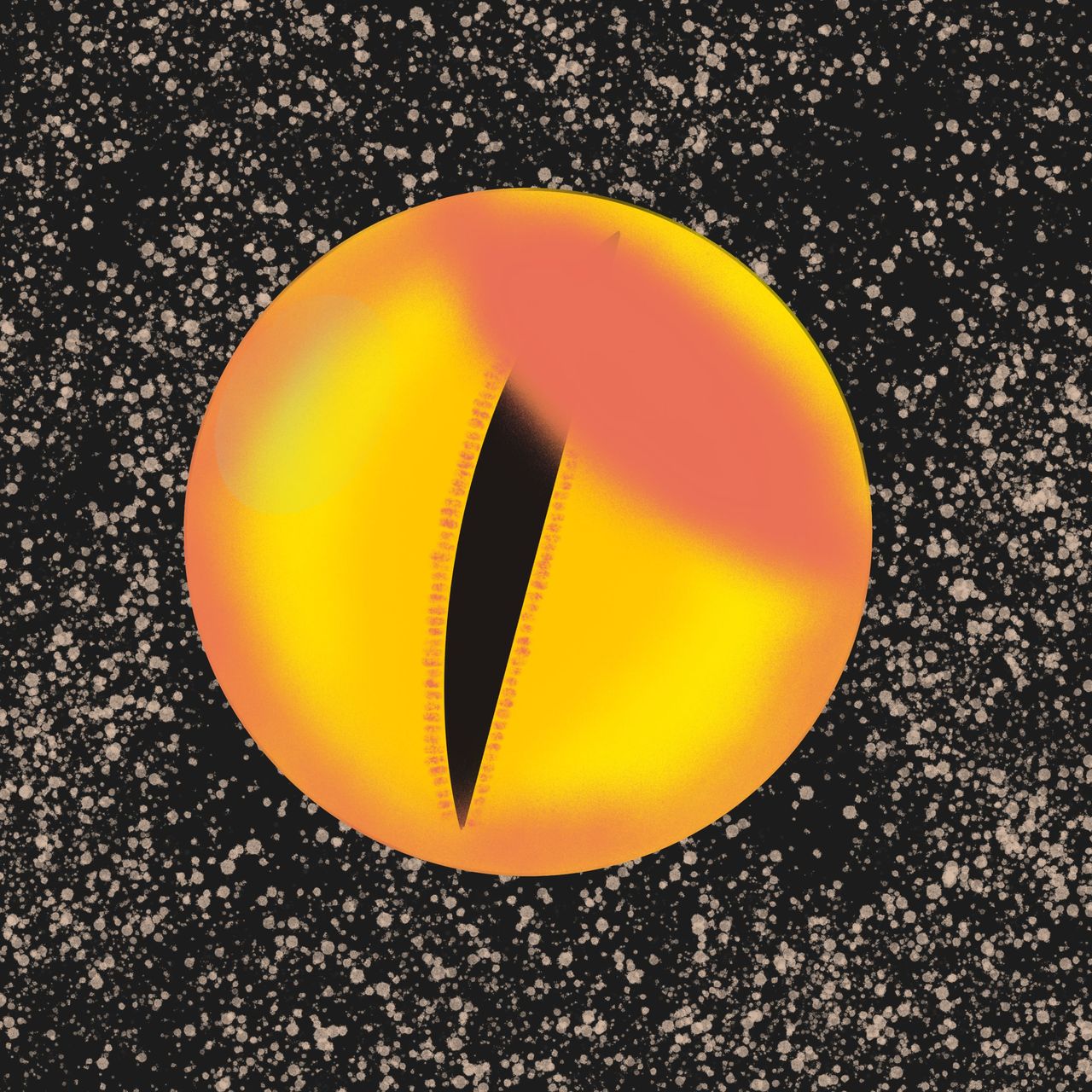 Splinterlands players might recognise it; it is my poor rendition of the Dragon Splinter symbol.

All the images were upscaled on the https://bigjpg.com/ website. I modified the first image a little in terms of colour only on Krita. The other images are as they were generated except for upscaling.

Regarding the writing, the text is mine. Most of it is of course pure fiction. Quantum entanglement is true at quantum scales. More info here. Double slit experiment has been performed with various material and wave entities, and its implications are mind blowing in that light behaves like a particle when observed and as a wave when not. More info here. I am not a physicist (though I am very interested in it), hence my understanding of these Quantum Mechanical phenomenon may be limited. Any physicists may feel free to correct me.

My long time dream of writing seems to be seeing the light of day in this community here on Hive and I am sorry that you poor souls have to bear the brunt! 😂

Thank you for reading, hope some of you liked it at least, see you in the next one!