Before we continue our story on chess set design, I have to tell you the tragedy of Othello, the Moore of Venice, General of the mighty chess army…

As you may think, the Moore had a bit of a sun tan, which made him a target of many Shakespearean racists. He was a brave warrior who served his masters so well that he deserved a position of the Governor of Cyprus and a beautiful white wife.

Well, one day he made a mistake and promote a wrong man. The real wrong man who wanted so badly to be promoted, thought of a devious revenge, and planted a poisonous seed of jealousy towards his beautiful Desdemona. So, how did their encounter went?

Black General Othello steps from the ship at the sea-port in Cyprus to the chess board, and his beautiful White wife comes out to him:

DESDEMONA: Of course you are, my lord. Did you brought me something nice or did you slaughter and plunder foreign lands in vain? 2. Nf3

OTHELLO: I do have something for you indeed 2… Nc6

DESDEMONA: Let me see what you have for me. 3. Bc4 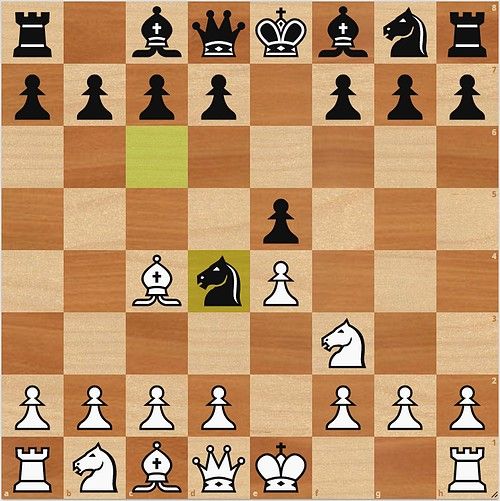 At this moment, you may already notice unpleasant tones of this meeting. You also may say: ‘Hey, this looks so much like Schilling-Kostić Gambit!’ Which proves you did read other literature as well. But let’s go back to see what has happened in the Othello’s marriage:

DESDEMONA: Oh, I see you brought me a juicy pawn! Thank you, my lord. Do you have anything else for me? 4. Nxe5

OTHELLO: Else? Where is a handkerchief I gave you the last time? 4… Qg5

DESDEMONA: Thank you, my lord, thank you! And thank you for the beautiful Rook! That handkerchief I’ve lost 5. Nxf7

OTHELLO: You’ve lost my mother’s handkerchief?! Liar! You gave it to a pawn called Cassio! 5… Qxg2

DESDEMONA: No, lord, please have mercy on me! (A feeble attempt to protect herself) 7. Be2 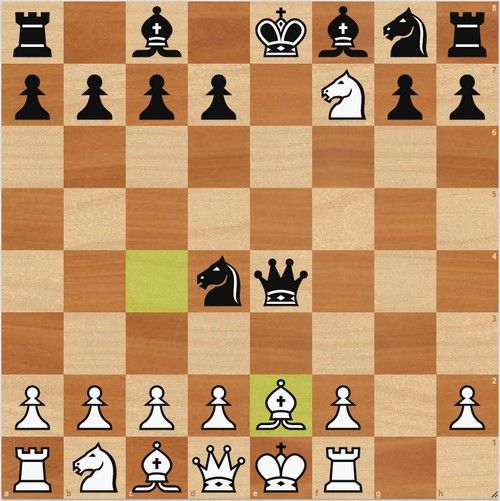 A tragic ending indeed. There are rumors that Othello later committed a suicide, something like Jeffrey Epstein, but we also have heard that he actually run away far from Venice and Cyprus, to Ireland, and that he is hiding under the name O’Thello.

But there is one even more tragic thing: If you follow his trail you will never forget it, and you will never lose a chess game against @lighteye in this spectacular way.

Oh, nevermind. I was going to open with d4 anyway…