We Have The Men; The Biggest Lie Ever.

"We have the men and women in NPP who will give this country a first class gov't and return Ghana to the path of progress and prosperity."
source
This and many other political sloganeering churn out by the NPP prior to 2016 elections. Prior to the 2016 elections, Ghanaians were calling for change because the Mahama led administration was swimming in corruption. Unemployment, inflation, impunity, power crisis etc. were all part of the reasons Ghanaians were calling for change. Between the so called 'lefties' in power and the 'center right' in opposition, Ghanaians were not much bothered about political ideology that could not put food on the table. They opted for Nana Addo because of what he stood for i.e. incorruptible, human rights activists, lawyer, strict, decipline etc. 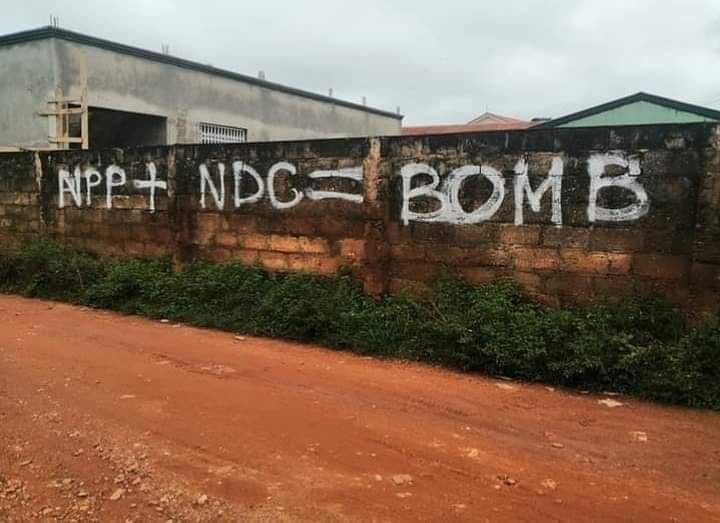 The then opposition party led candidate Nana Addo position themselves as the messiahs of the country and gave out grandiose promises to the vulnerable Ghanaian electorates. The popular slogan at the time was 'Incorruptible' and "we have the men". Indeed, the media skillfully re-echoed this political slogans to the electorates and that became part in every political discussion at various social gatherings.

Ghanaians were made to believe that the Mahama led administration was incompetent and corrupt. Undoubtedly, these assertions were true but little did we know that Nana Addo would not become just incompetent, but would later on be termed as "the mother serpent of corruption. Ghanaians were hoodwinked to believe that NPP had the men to turn the affairs of the economy. The economic Messiah, economic enigma and all the slogans coin for the vice presidential candidate was just nothing but political sloganeering.

Under competent administration of Nana Addo, those who fight corruption are now persecuted by party fanatics and in some cases, the law is use to fight the few that seeks to make right. Ghanaians were made to believe that, a competent lawyer in the person of Nana Addo would not rue according to his whimsies, yet rule of law is nothing under this regime. Culture of silence has gradually crept back under the human rights activist who once fought for media freedom. The state is under the capture by some hawkish elements because the then candidate Nana Addo is not the President we know today.

But truth be told, the lies peddled by politician would not stop until Ghanaians realize that both the NPP and NDC are nothing the coin of the same sides. None of the two major party has the political and ideological will to solve the problems in Ghana because of their neoliberal and imperialistic policies.
*Just Ranting😠😠😠👿👿👿