geekgirl74
3 months ago
inProof of Brain

When El Salvador passed a law that makes Bitcoin a legal tender in the country a couple of months ago, that made a big news not only in cryptoverse but also in global finance world. Some celebrated the occasion, some were skeptical about the approach. While I welcomed a country adopting bitcoin, initially I thought making bitcoin a legal tender would be a step too far until I watched interview with the president of El Salvador Nayib Bukele. In my opinion, president Bukele was able to address all the potential concerns skeptics may have.

If you haven't watched it yet, feel free to click the image below to watch the full interview. 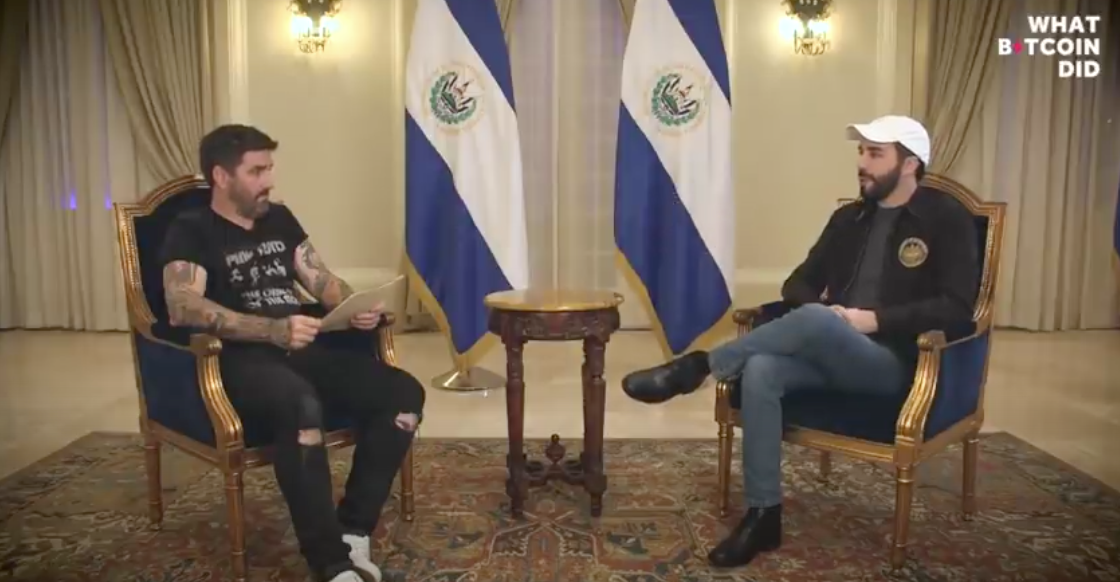 Nayib Bukele explains how making bitcoin legal tender will help many people who doesn't have access to banks. He also points out that if banks did their job and provided services to those who are unbanked, perhaps there would be no need to go to bitcoin.

One of the concerns I and other skeptics had was, forcing businesses to accept bitcoin could cause technical and financial difficulties for businesses. Accepting bitcoin for goods and services would require significant changes in business operations and present potential risks. Bukele answered this concern in two parts.

First he explained how it is important to bring financial tools to as many people as possible. For this they have partnered with companies to provide bitcoin wallets and educational material for those are interested. Simply giving access to financial tools like bitcoin wallets to people wouldn't work according to Bukele, because people have to be able to use their wallets and bitcoins they have. If businesses have an option not to accept bitcoin, this wouldn't help is solving the first problem.

So even if the buyer of goods and services chooses to pay in bitcoin, seller of goods or provider of services will have an option in the payment terminal to accept the payments in USD. For this the government will setup a fund and a system where the payment settlements are done in realtime.

In other words, not much is changing for business. They can still accept payments in USD, the main legal tender currency in the country. These changes will add another option to accept bitcoin if they choose to do so.

I think this is a great approach, and I hope it will work and this transitions happens smoothly. Although the law was passed a couple of months ago, it will go into effect on September 7th, 2021. This should give everybody time to make proper changes.

Recently, I started seeing articles about how International Monetary Fund posted a statement warning against adopting cryptocurrencies or bitcoin as legal tender. After seeing this in the news more than once, I had to read the original blog post on IMF's website. You can read the full blog post here - Cryptoassets as National Currency? A Step Too Far.

It is an interesting read. But shows either incompetence or intentional misleading the way the article is written from the start. They generalize all cryptocurrencies and keep repeating the word "cryptoassets" to make their point. While they don't mention El Salvador and its bitcoin legal tender law, it does seem their statements were addresses to this topic. They use cryptoassets and bitcoin interchangeably as if both have the same meaning, both have the same functions. Read the full article for their views and arguments. The following is their conclusion:

As national currency, cryptoassets—including Bitcoin—come with substantial risks to macro-financial stability, financial integrity, consumer protection, and the environment. The advantages of their underlying technologies, including the potential for cheaper and more inclusive financial services, should not be overlooked. Governments, however, need to step up to provide these services, and leverage new digital forms of money while preserving stability, efficiency, equality, and environmental sustainability. Attempting to make cryptoassets a national currency is an inadvisable shortcut.

I can't take this seriously, just for the fact of not being able to address their arguments on Bitcoin's merits alone. Any responsible researcher or organization would consider Bitcoin on its own to make such important claims, and not generalize as cryptoassets. For this reason, I will not even bother addressing their arguments like volatility, efficiency, environmentally sustainability, etc, all of which were debunked many times by people who actually do proper research.

It was expected that global financial organizations like IMF wouldn't support bitcoin being adopted as a legal tender. Another such organization, World Bank, rejected request by El Salvador to provide technical support in this transition. President Bukele address this in the video above as well. He says they have most of the infrastructure planned out and ready to deploy, that there were volunteers from all over the world coming to help with this transition. They can do this without World Bank's support, but they requested a help anyway.

Both the World Bank and IMF were created in 1944 at Bretton Woods Conference and were suppose to be organizations that help countries build their economies. I guess they only do so if it benefits them and they have control.

On another news, Bank of America is optimistic about bitcoin as legal tender in El Salvador and their research outlines benefits for the country.

Bank of America, one of the nation’s largest financial institutions based on total assets, believes El Salvador could have a lot to gain with its latest foray into Bitcoin (BTC).

El Salvador is a unique position with this move. This is not the first time they have accepted a currency as a legal tender that is not controlled by their government or central bank. They have adopted USD as a legal tender in 2001. The hope is bitcoin can be a better legal tender instrument. As president Bukele mentions in the interview, when US Federal Reserve prints US dollars, US government gets all the benefits, but this dilution of the total supply of USD doesn't help El Salvador at all. They get the negative effects of printing more money, but none of the benefits. So why not go for a better money?

There are direct benefits of having bitcoin as legal tender and hopefully El Salvador experiment will be a success, regardless all the opposition and difficulties they may face. In any case, nobody can take away from El Salvador that they were the first mover, just like nobody can takeaway from Bitcoin that it was the first in crypto space.

Besides improvements in monetary system, I believe El Salvador move can help them attract more investment to their economy, more talents moving to the country and innovate, become a technological innovations hub, and increase tourism.

One of the provisions in the bitcoin law is that people from around the world can obtain legal residence in El Salvador by investing 3 bitcoins. Initially, there was a confusion about the 3 bitcoin for legal residence part of the law. But since then it was clarified that 3 bitcoins is not a fee that is paid to the government, but rather an investment one would make. Simply buying a house can be an investment.