Today an interesting thing happened. I looked at two posts by different people here at fairly close time sequences to each other. Both posts were talking about different things. Yet in reality there were some underlying commonalities that have cross pollinated some oddly shaped seeds in my mind and they have been rapidly growing since that moment. 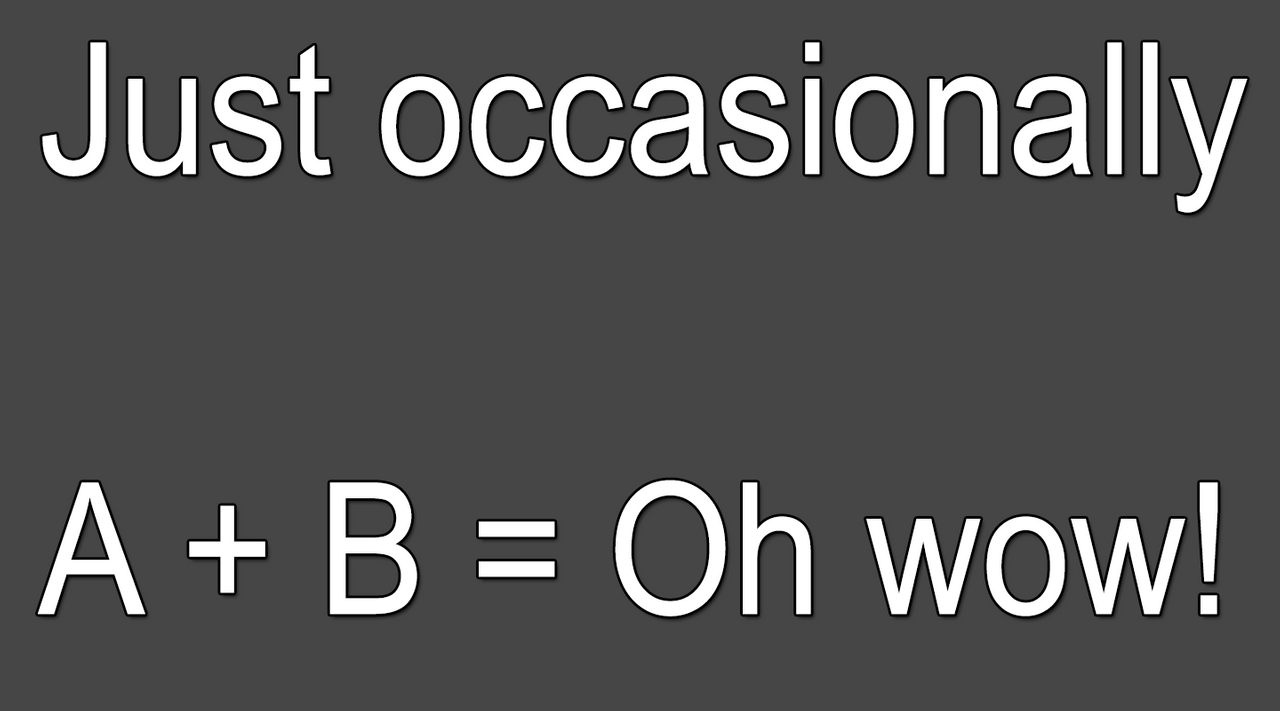 The first was @trostparadox's post about Proof of Stake governance not being the way. The second was by @jasonliberty with the title The Truth About Free Energy - The Forbidden Technology of Nicola Tesla.

Now just by reading the titles and considering them it may seem like an odd combination for me to be reacting to. I agree. That is why I decided to write this post. I am going to do my typical stream of consciousness style of writing here and share with you the journey that happened in my mind today and that is still going. Considering it me attempting to push you in a little cart inside your mind so you can get some momentum and possibly take this somewhere interesting that I haven't considered.

I've been having my own issues with Proof of Stake (Delegated or Otherwise) for some time now. I couldn't quite put my finger/mind to it. @trostparadox gave some clarity in that area. I don't have problem with the concept of Proof of Stake in some contexts. In fact, I think it is necessary. I do have massive problems with it in the form of Governance.

So first let me share with you some areas I think proof of stake is important.

I create a company that manufactures widgets. Myself and my initial investors form a board and we as stake holders may be involved in the governance or we may pay a board of directors and expect results thus freeing us up to do other things. In such a case stake holders make sense. They made it possible. Do they make it possible beyond the initial investment? That depends upon how involved they are and whether any of them are actually required and contributing to the creation process. If they are then they are more than just a financial investor. They are also a sweat equity, brain equity, or similar contributor.

Such arrangements are voluntary and I do not see a problem with them.

Yet what would happen if people could be stake holders in your government? Your government is not something you can voluntarily choose to follow or not follow. They have direct control over your life. In such a case the stake holders would literally have the power of life and death, oppression or freedom, and it could all change at their whim. The larger the stake holder the more say.

Lords, Ladies, Queens, Kings, Emperors, Empresses, Caesars, Kaisers, etc. It would be a form of oligarchy, feudalism, plutocracy, etc. Call it what you will.

It would also resemble royal bloodlines as their offspring could inherit their stake.

When it comes to governance this is a bad thing. One person should be equivalent to one person. They could still speak, and attempt to convince other people to support their votes and ideas which would increase the direction of a movement but they would have to be convincing. If they are caught lying they would find it harder to convince people.

In stake holder governance this does not matter. All that matters is how much stake you have acquired.

In addition, the systems are often rigged such that those that were there to acquire the most stake at the inception will forever have the most stake. They are at the top of the pyramid in a hierarchical scheme of things. It is anything but equality. It is anything but fairness. It is also not based on merit in any fashion. It is more based upon investing and being in the right place at the right time.

Are others uplifted? Yes. Yet the illusion of control of anyone beyond those initial stakeholders is exactly that an illusion. Those below are allowed to cultivate such thoughts. Yet if those at the top of the pyramid ever wished to cancel out the will of those below they forever will hold that power. The only exception is if they gave up their stake and spread it out amongst those below that had no affiliation with the other powerful stake holders. Yet even then unless the stake spread out below exceeds the sum of those at the top of the pyramid the idea of control and people being able to work hard and gain control would still be nothing more than an illusion.

At a level of governance for towns, counties, states, nations, and the world I see this as a very bad thing. Stake is not a good model for governance when it comes to actual Government, laws, and the involuntary aspects of society.

So what did the Truth About Free Energy have to do with this?

Well very soon after reading @trostparadox's post I went on to read @jasonliberty's. I then started watching the first video.

It started talking about how the Stake Holders in the world's energy market were actively suppressing technology related to free energy. Not one time, but many. It quoted twice the old J.P. Morgan quote to Nikola Tesla where Morgan says essentially "If we cannot stick a meter on it, it isn't happening." Basically indicating that if he couldn't keep charging people then he would not support the technology. It was doing anything he could to maintain his dominance and power.

Since I had so recently been reading about Proof of Stake and governance it kind of went click in my head.

I then went a little further in @jasonliberty's post and began watching the Thrive video which I had seen before but it had been awhile. 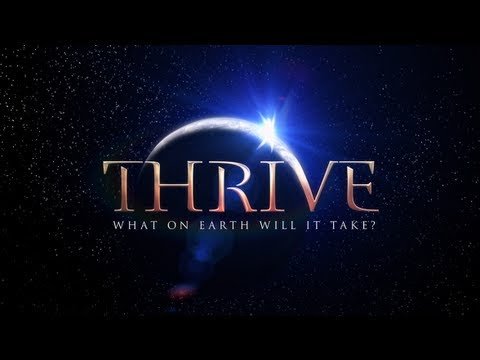 This concept is covered in so many different facets there. It is worth watching and comparing it to the idea of Proof of Stake as you watch it. You may find yourself thinking in new ways after doing so. I know that I have been.

Yet the true aha moment is when you consider how all the things above government became more powerful than the governments and control the world.

It began with the Federal Reserve in the United States which is Federal in name only. It is actually owned by private banking families. It always has been. One of these families is the Rothschilds. One of their family members famously stated "I care not who makes the laws as long as I control the money". Members of his family along with the Rockerfellars, Morgans, and Warburgs went on to come up with the idea for the Federal Reserve when they met in private in 1910. In 1913 the Federal Reserve which THEY own and control came into being during the presidency of Woodrow Wilson and these banking families now had 100% control of the United States money supply. They could print money out of thin air and loan based upon fractional reserve banking and interest was paid back to their families. All while hiding behind the name in the title "Federal". That same year the Internal Revenue Service (IRS) was also created and began taxing the U.S. Citizens in a format that remained against the Constitution for many years. They did it anyway and it continues today.

These same families went on to become the primary stake holders in all the world banks. The top bank of them all is controlled by the Rothschilds. They used this to manipulate and control the BOOM and BUST cycles and to swoop in and buy controlling interest in controlling corporations, purchase foreclosed property, etc. They amassed power over the most influential corporations.

They exist regardless of which government is in power, which president is in power, etc. They have property everywhere so they most definitely fit the definition of those I have recently begun referring to as the Nationless.

What about Proof of Stake?

To me when a new Proof of Stake endeavor is created it strongly resembles that initial meeting by the bankers on Jekyll Island. They create a system that other people use. Those people can move up and down within that system and likely are oblivious to the fact there are those that sit above them that will FOREVER sit above them within that system. The puppet masters...

Can they be benevolent? If they choose to be.

Can they be malevolent? If they choose to be.

Can they change their mind? Whenever they want.

Can their choices oppress those beneath them in the system? Yes.

The key is when they will choose to do so. When I look at Stake based systems in the world that are involved in Governance and aspects of our lives we cannot live without they ALL without exception have massive amounts of corruption.

I agree with @trostparadox. When it comes to governance I do not think Proof of Stake is a good model whether it be in a computer, social media, or in other analogs within our own life.

I do see it as okay in completely voluntary environments we can live without.

So with that statement you might be saying. You don't have to use hive...

You are correct. The question is how hive is marketed. Is it marketed based upon the truth about the power structure, or is that concealed? If it is marketed under false ideas then that is manipulative.

I don't know that even some of the most powerful stake holders realize their luck and what it means. I suspect some of them do.

In a digital sense they are the Rothschilds, Rockerfellars, Morgans, and Warburgs of this Social environment... Power is also not completely decentralized. They hold the power. If they choose to use all of that power there is little anyone can do to stop them.

The only exception is if those initial stake holders disagree and cancel each other out. That doesn't seem to happen very often. 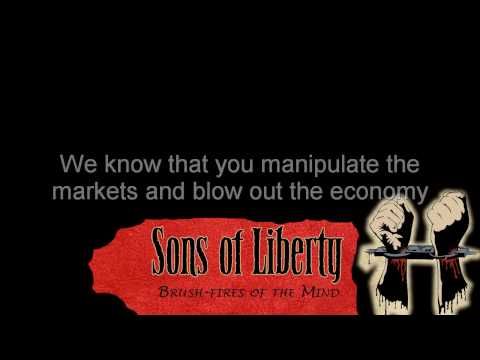 If we were to take EVERYONE using HIVE and start a new fork and all of us began with 1 HIVE POWER and we were all equal. Some people would receive more votes and gain power faster than others. Then once they were ahead they would accelerate in power away from the others in a faster and faster rate simply due to how the distribution of new power is designed to be spread. Even if you tried to start it at an equal setting it would eventually have those with so much power that others could never challenge them.

Thus, I am NOT blaming those that have power here. They were very fortunate to be at the right place, during the right time, with the correct resources. They didn't do anything wrong or nefarious.

I am stating that the system itself is flawed for such governance. It will create a pyramid power structure. You know that 1% people always like to complain about. This system is guaranteed to create such an environment over time.

EDIT: I just finished watching Thrive II. It is not out free that I am aware of yet. It takes things quite a bit farther. It also touches quite a bit on the Non-Aggression Principle, Voluntaryism, Decentralization, Authoritarianism, Socialism, Capitalism, and more.