Cynthia is one of the many names of the "Goddess of the Moon" and this song/poem is inspired by the mythology of Moon Deities. With lyrics by Ben Jonson (1601) and music by Mike Oldfield. All arrangements in this version by myself. Play the video before you continue reading. I have been learning vfx and colour grading with my partner's mentoring and though it's not perfect this one was hard work for me, so I really hope you can appreciate the effort.
If you like it I'm also grateful if you have a second to go to youtube and leave a comment there (not mandatory) your feedback here is welcome as well.

Who is Cynthia, Goddess of the Moon? : Mythology

All planets and celestial bodies have been worshiped since the beginning of times. As the cycle of the moon lasts 29.5 days which is similar to feminine cycles it's been traditionally linked to female deities though of course there are cultures with male Moon Gods. In fact many cultures any cultures are oriented chronologically by the moon, as opposed to the sun calendar that we are used to. 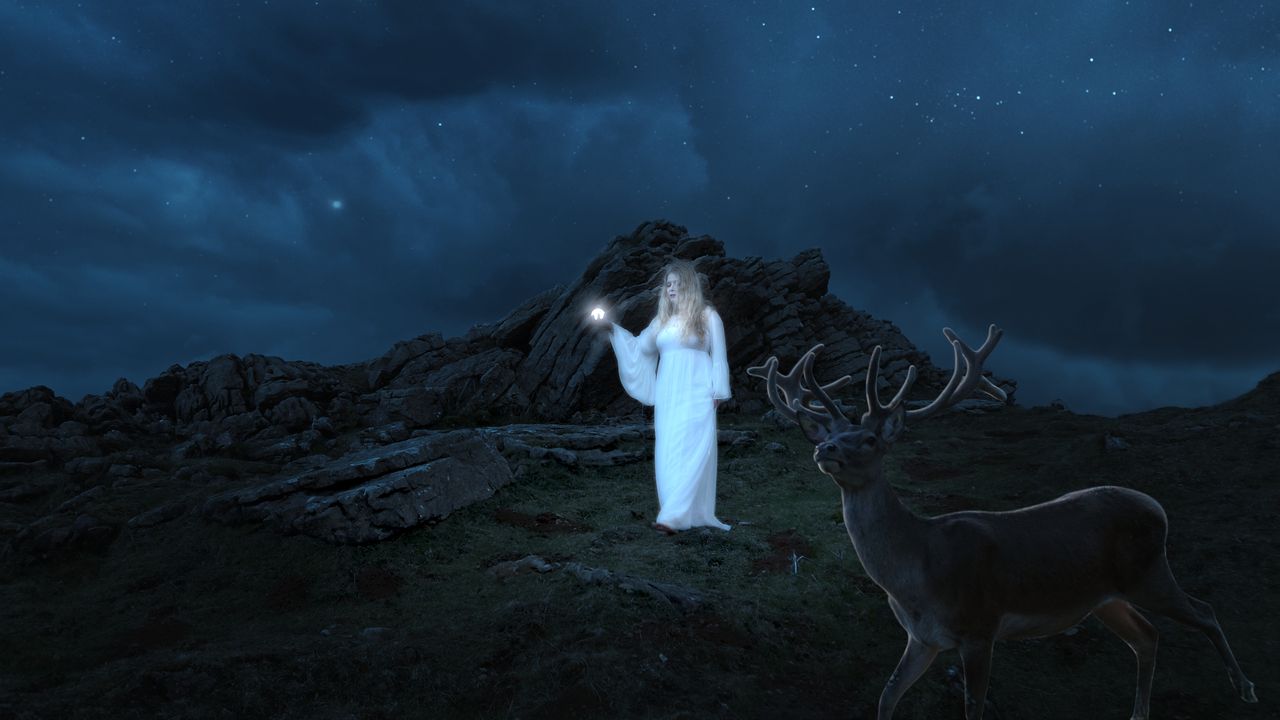 Cynthia is the name of the Greek Goddess of the Moon (Κυνθία, Kynthía) literally meaning "from Mount Cynthus" on Delos island. Cynthia was originally an epithet of the Greek Goddess Artemis (twin sister of Sun God Apollo, both children of Zeus and Leto), who according to legend was born on Mount Cynthus. Selene, the Greek personification of the moon, and the Roman Diana were also sometimes called "Cynthia". Selene was regarded as the personification of the Moon itself. Her Roman equivalent is Luna which is the name of the Moon in my native language, Spanish.

Eternal Maiden she is the Goddess of the Moon but also of the Wilderness and wild animals. Despite being depicted as Chaste in Greek and Roman Mythology, it's believed that her originals are pre-Greek and inspired by the "Mother Goddess" some of which traits remain in the classical mythology. Moon (and other celestial bodies) have always been revered since Ancient times.

She's often represented in Mythology along with a stag as companion, which in this case is my friend "Hirvi" that has appeared in several of my videos.
It's been a while I don't spot Hirvi out into the woods, so for me this video is so special. I really don't know if we'll cross paths again, but he appeared for the first me in Grow, also made appearances in "In the Bleak Midwinter", "Leaves never settle in the wind" and the recent "Cold Winter". But I wanted him to appear here more prominently as the stag is part of the imagery of the Moon Goddess. And here, her companion.

This poem was written by Ben Johnson in 1601 as part of the play "Cynthia's Rebels". It is said that he alleguedly inspired ito Queen Elizabeth. In the poem it is Hesperus (Venus), God of the Evening Star who sings to the Moon Goddess and there are several references of the Sun (Male Energy) not daring to interpose to obscure her brightness. For me it just represents an eclipse, as the Earth Still besides the literal interpretations of the poem it's a beautiful take on themythology of the Moon Goddess. The Pure Maiden that brings the light into the dark night.
The original poem has three stanzas but I only sing two and a little part of the third. I really do not support hunting and as Artemis/Cynthia is portrayed as Huntress but she's also a goddess of the Woodlands and protector of the Wilderness I like to re-imagine her as huntress of those who want to harm the wild animals she protect ;-)
In fact Deer were animals held sacred to Artemis herself Queen and huntress, chaste and fair,
Now the sun is laid to sleep,
Seated in thy silver chair
State in wonted manner keep:
Hesperus entreats thy light,
Goddess excellently bright.

Earth, let not thy envious shade
Dare itself to interpose;
Cynthia's shining orb was made
Heaven to clear when day did close:
Bless us then with wished sight,
Goddess excellently bright.

Lay thy bow of pearl apart
And thy crystal-shining quiver;
Give unto the flying hart
Space to breathe, how short soever:
Thou that mak'st a day of night,
Goddess excellently bright.

As I have just mentioned, the Goddess of the moon is often accompanied by a stag which is her companion and a sacred animal even to her. I befriended Hirvi a couple of years ago and fed him and his family long enough to earn their trust, the full family appear at the end of the video. It's been almost eight moths since we last crossed paths though so this video is also a tribute to my friend. 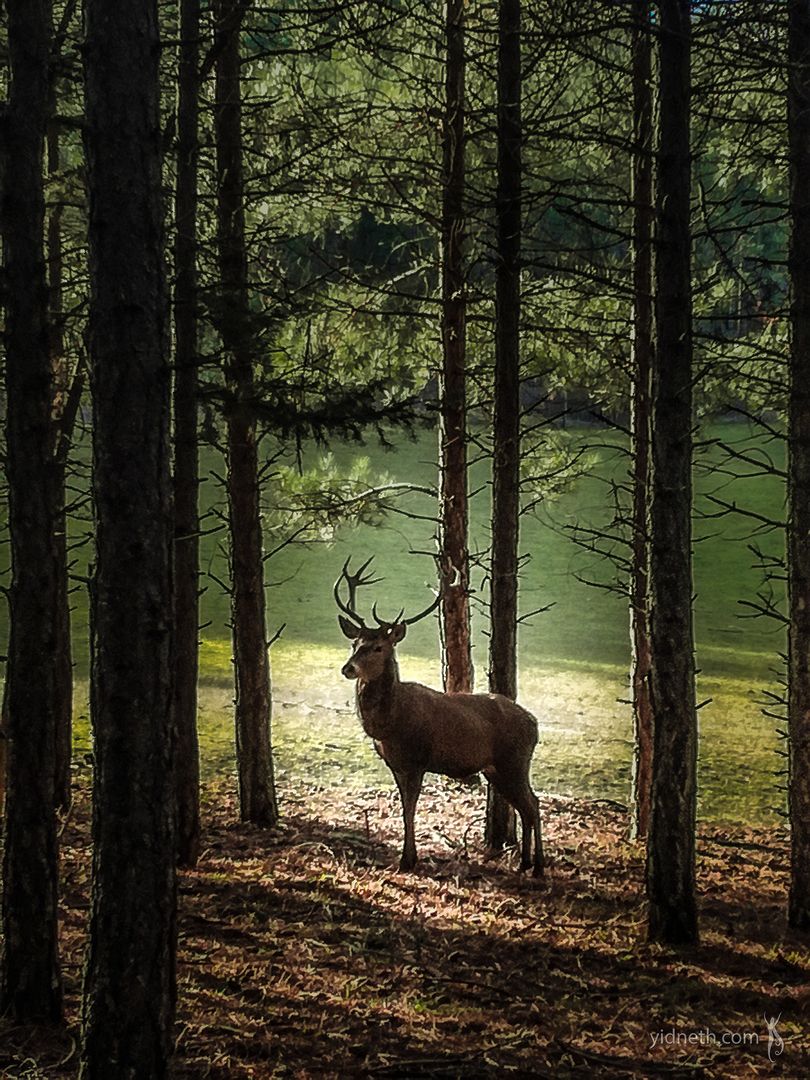 Wherever you are... may we meet again

Besides Hirvi, our Deer guest starlet, you can spot my 3 fufunchis (ratties) hidden throughout the video as always. This is an ongoing Ester Eggs game that happens in every single one of my videos. One is easy, the other two not so much, so if you are up for to the challenge, just to let you know there are three of them.
There is also a Luna Moth... let's see if you can spot it.

Making of and Locations

I have a fear of heights... so no, this is not a chroma, I'm really standing at the edge of that rock... XD so pretending I was cool with it was a challenge for me. 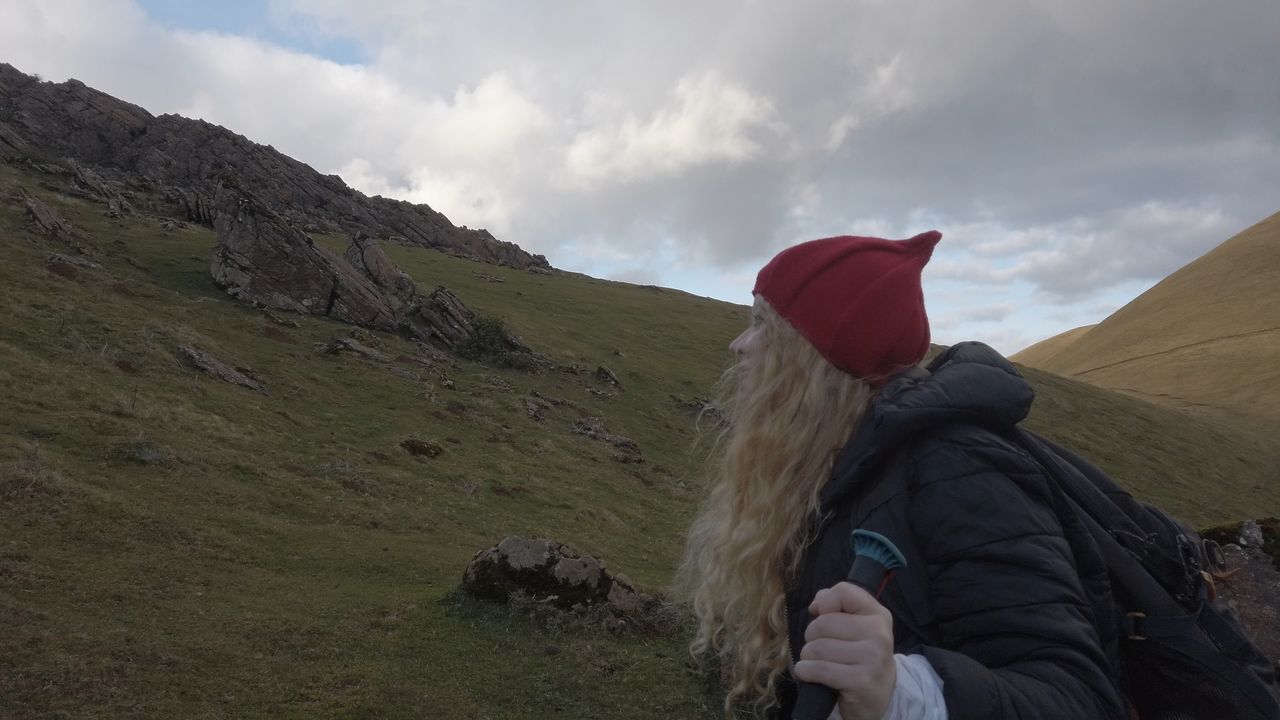 Support me following on my network.