A Cool Retro Truck from a Beetle Part of it is likely the colour scheme, this ridiculous aqua blue colour feels very retro, very 1970's to me (the red pin stripe doesn't help of course) and this is because this truck is made from the piece of the Volkswagen Beetle set which normally looks like this.... 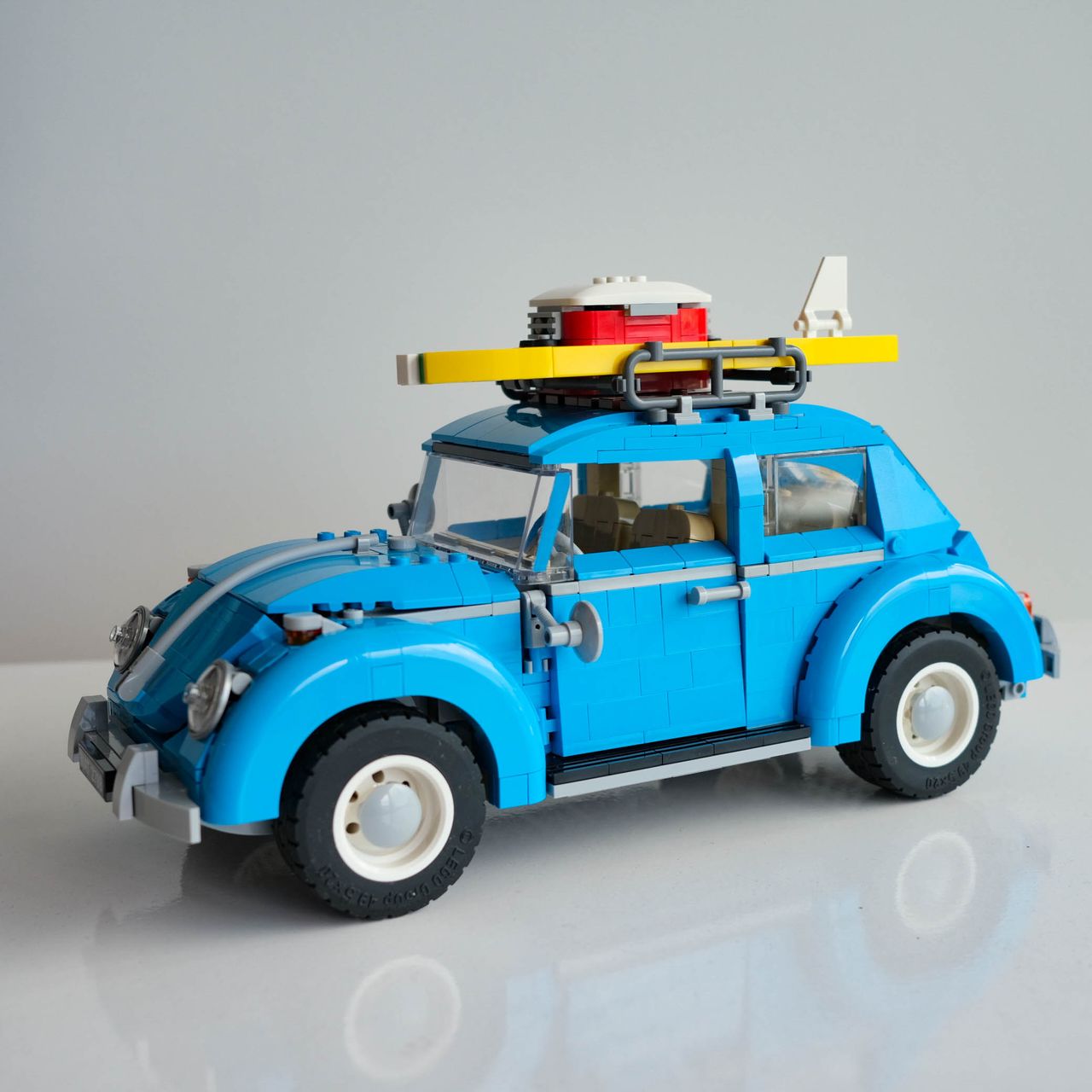 But how did we get here. We as always we started by looking at alternative designs on Rebrickable and found this truck which I liked the look of and then it was time to disassemble the beetle and start rebuilding to this new design.

There was the usual chassis build which of course I forgot to take photos of but as it was going to be on display it had a few tricky bits, including this weird wheel arch design, but I did like the various tanks and whatnot. Pretty soon we were onto building the cabin and interior - let's face it a truck is basically a Chassis and a big tall cabin sitting in front of it. The seats are nice. What I do really like about this design is the way that it isn't a flat front, this is a slight curve to it, which is actually better darn hard to do with square Lego bricks. The Cabin is actually not that robust, the whole roof is built separately and really it's just the back wall and the A pillars that are holding this thing together, but it's not built for playing, it's built for looking at So let's look again at the finished product, I'm pretty happy with it.