The Magic of Garcinia and Mint

The year was 2016 and my old man was busy as usual, taking some weeds off with cutlass in his cocoa farm. It was the peak of the rainy season and weeds were taking over really fast, hence, something had to be done, and using herbicide has never been an option for him because he seem to understand the ecological effects. All of a sudden, it seemed time paused or some birds just flew across his face. He found himself lying down and reluctantly picked himself up. He checked all his body and everything was in place, no injury whatsoever. What could have happened? How many minutes did he spend passing out? Perhaps he had overworked himself, he kept on thinking as he walked back to the farm settlement a few miles away. That event was going to be one of many to come.

Passing out without any explainable reason was totally new to me. Despite my scientific educational background, I was totally at a loss when he related the phenomena to me. What he initially thought would be a one-off thing has now become a regular occurrence, so much so that his going out has become limited. "What if I am in the middle of a major road and it happens", he voiced his concern.

An appointment was booked at one of the best hospitals in the country and a series of tests were conducted trying to see what the underlining cause could be. Drugs were also prescribed simultaneously as the tests were going on. After months of going to and fro with tens of tests, the consultant in charge unconvincingly mentioned that something could be wrong with his heart's pacemaker and artificial pacemaker implantation seems the only solution to the problem. 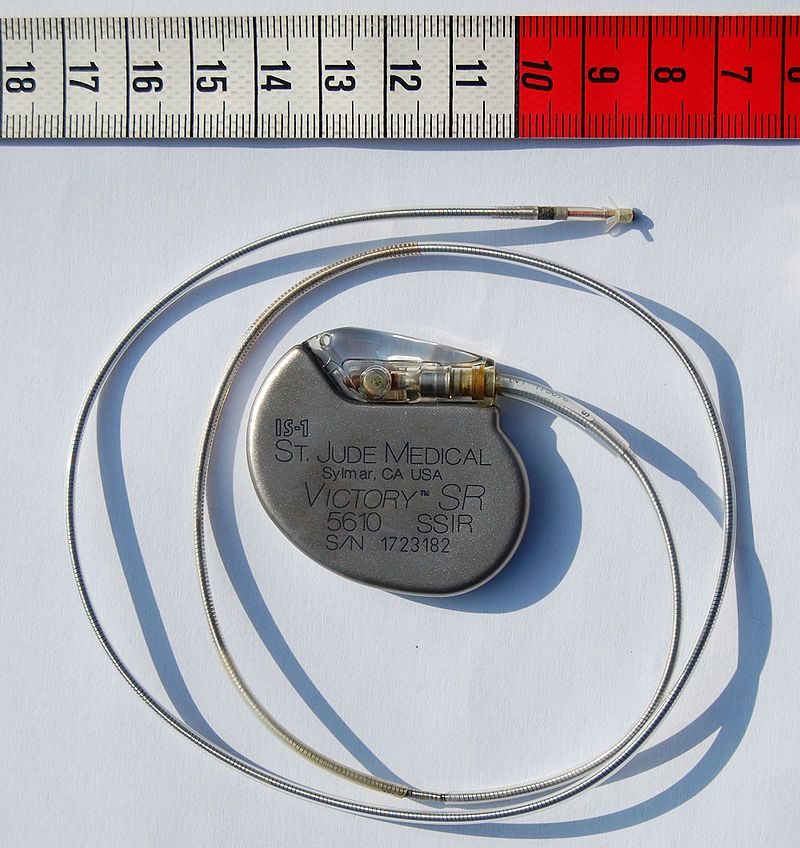 An electronic pacemaker. By Steven Fruitsmaak - self-made, removed from a deceased patient before cremation., CC BY 3.0, https://commons.wikimedia.org/w/index.php?curid=2909069

After series of family consultations primarily aimed at convincing my old man to go under surgery (a minor one actually) to have an artificial electronic pacemaker implanted into his body, no success was achieved. He insisted that he would rather die at his age (he was in his 60s) than undergo any form of surgery. His resolution was driven by 3 reasons:

Based on these reasons and his unwavering resolve, the family agreed with him and all forms of orthodox treatments ceased immediately with natural medicine exploration taking their place. Since then, different forms of herbal medicines have been employed and his condition has improved significantly as compared to when he stuck with orthodox treatment. Even though the passing out did not entirely cease, they started occurring very far and in between.

Initially, series of herbs were tried out as they were being recommended by local herbalists and those experienced in the field. Huge sums of money were spent moving from one place to another in seeking local solutions. Each prescribed herb would appear to be working initially and then wear out some times after. Then we stopped looking for a solution and hoped for the best.

Then, one day, my dad just called me and sounded different on phone. His voice was as clear as daylight and he told me he was on an outing. no one expected him to go out because of his condition, so you can imagine my fear when he said he was out on an occasion. Sensing my fear, he told me he got a good fix for his condition. Asking what the fix was and how much it costs, his reply really surprised me: 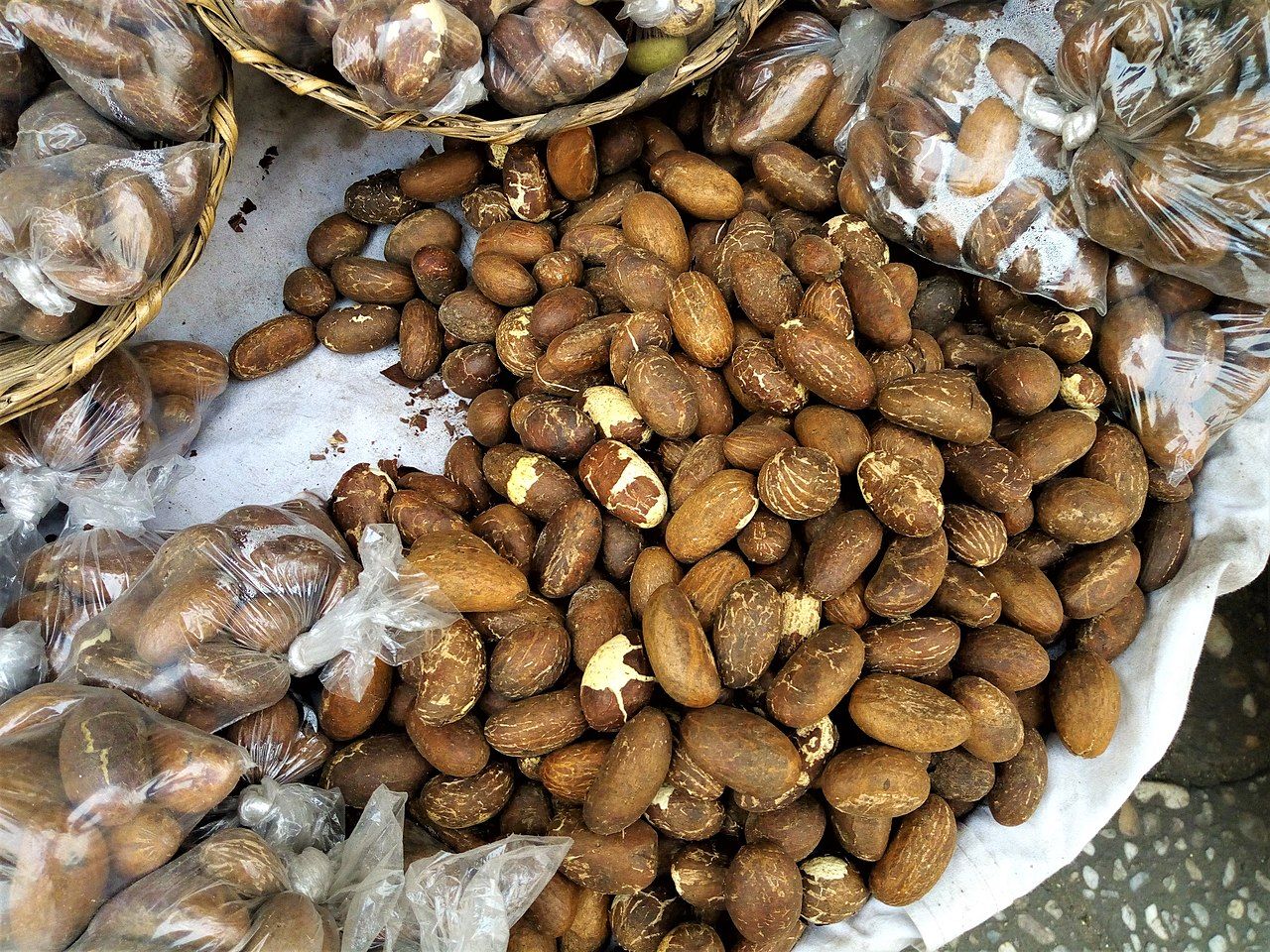 Orogbo, commonly known as bitter kola is the Yoruba name for Garcinia kola while tomtom is a sweet known for its mint component.

The Garcinia kola plant belongs to a family of flowering plants known as Clusiaceae. The species grows as evergreen, medium-sized trees and produce fruits whose seeds have found high ethnomedicinal values among local dwellers in areas where the plant is found, including Southwestern Nigeria here.

Growing up in Southwestern Nigeria, I was accustomed to seeing men of middle to old age moving around with the seeds of bitter kola in their pockets and taking bites at intervals, but never really understood what they derive from doing such. I considered it, then, as one of those indulgences in the likes of alcohol and cigarette, because the taste of the seed is far from being sweet. In actual fact, it is the direct opposite of sweet.

With time, however, I got to understand that the seeds might be serving some medicinal benefits to those that consume them, even though the tendency to get addicted to it just like every other substance remains. Ethnobotanically, the consumption of the fruit is believed to have purgative, antimicrobial, and antiparasitic properties. It comes highly recommended against coughs, and in some cases, fever. scientifically, there are a couple of investigations that have been made into the extracts of the seeds and results confirmed not just the presence of important phytochemicals, but the antimicrobial property, among a few other medicinal potentials.

The mint component of tomtom is derived from species of plants in the genus Mentha belonging to the angiosperm family known as Lamiaceae. Mint plants are widely distributed across a variety of habitats all over the world and their tissues are used for different purposes ranging from culinary, detecting leakages in underground pipes to medicinal uses.

Both the seeds of bitter kola and mint plants have important phytochemicals that confer ethnomedicinal properties on them. Of particular interest among all the phytochemicals that have been reported from scientific research is a chemical known as cardiac glycosides. Both the seeds of bitter kola and tissues of mint plants have been found to contain this chemical that functions by increasing the output force of the heart and decreasing its rate of contractions by inhibiting the cellular sodium-potassium ATPase pump.

In other words, it could be that my old man benefitted from the effects of the cardiac glycoside content of both the bitter kola seeds and the mint in the tomtom sweet - both working together in synergy. It has been a while now he experienced any form of passing out since he has made it a habit of consuming the seeds and the sweet at regular intervals. I just hope those 2 works for him in the long term.

Could I be right in my assessment or it could be just a placebo effect? feel free to air your opinion in the comment section.

Thank you for making it this far.