Some Snapshots From The Itek Action Pro.

I've seen these Itek Action Pro cams on sale for as low as $9.95 on Ebay. I did find one on Amazon for $59. That's just crazy! For under $15 I think this is a great camera to have an extra, or something to snap a few picks with that wont take up much space in your pocket. On this occasion I used it as a helmet cam in time lapse mode. A friend of mine had gifted me one of these when I mentioned I was thinking about starting a travel vlog. For the most part, I've made really great use of it.

I occasionally use the video. The video quality isn't bad at all. The image stabilization isn't very good, but attached to the helmet it takes a decent video. Sound quality is fine if there's no wind. There is no external microphone so narrating while riding isn't an option. For the most part though, I've used this as a great camera to keep in my pocket and snap the occasional shot when I pull over and just need a quick camera.

The other day I mounted this to my helmet and did a time-lapse in 30 second intervals and went for a ride. Basically, the camera snapped an image every 30 seconds. I ended up with some interesting results. 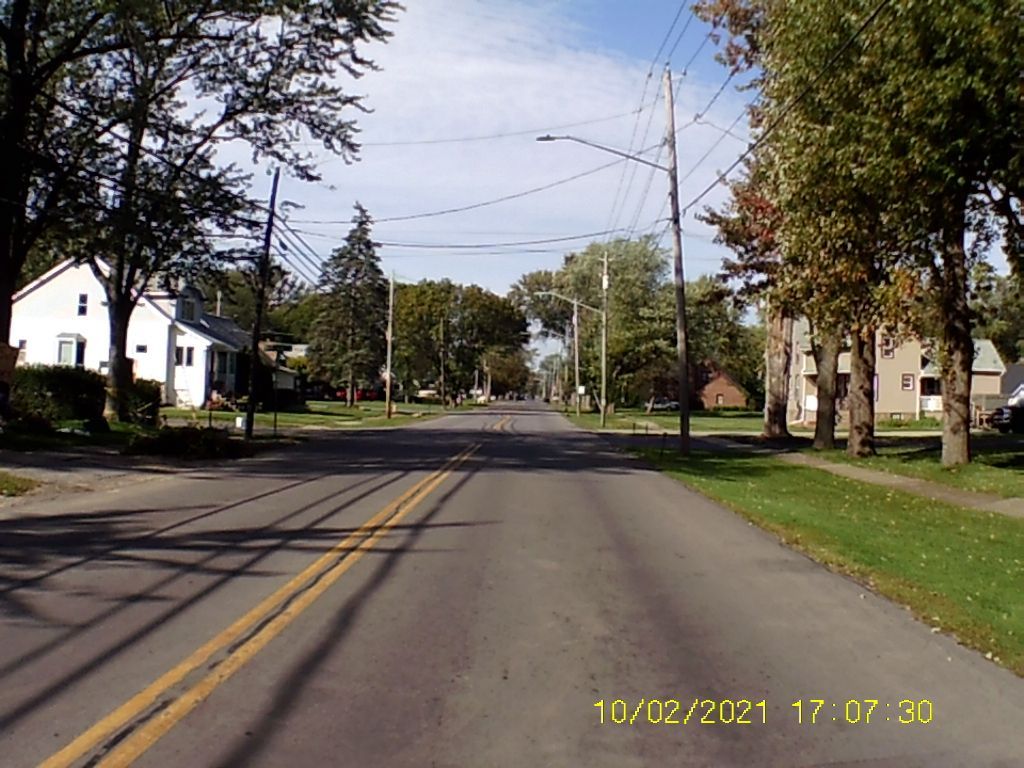 So I took a ride out to the countryside. This is pretty much where I started with the time-lapse. I just wanted to get out of the city and see if the leaves were beginning to change in the country side. You can see autumn rust in the brush, the tree leaves were all pretty green for the most part. IDK, I like the angle and the way the light is coming through the trees on this one. I'd like to get rid of the time-stamp but I'm told this is a glitch in the firmware of the camera. I did finally figure out how to fix the date though. I recently purchased a Drift Ghost XL action cam. The microphone should be in next week and I'm about to give that a try for my video. I think this Itek action cam is the perfect solution for a second camera mounted to the helmet snapping stills.

I like the idea of the camera taking random shots as I ride. I lucked out and snapped this image of another biker out for a ride with his girlfriend. Although it looks like they're sliding through the intersection, they were actually turning onto the street I was on. Surprisingly the horizon lines are fairly straight. I have the camera mounted around the mouth-guard of my helmet. I can peak over the edge of the mouth-guard and see if the camera is straight. Obviously I can't with every picture, but I can be mindful of it as I'm riding.

Here's an abandoned gas station on the edge of downtown Niagara Falls NY. An abandoned building in an industrial section of the city on the edge of Niagara Falls as I was leaving. Here's the last image I took before I shut if off. I'm actually glad I did this little experiment. I really like the idea of having a camera snapping images every 30 seconds or so while I drive. Seems like a great way to photo journal a lot of the trip I may have missed.

All in all, the camera ran for about an hour and a half. I had one bar left at the end of the ride. I maybe could have gotten two hours out of the camera in this mode.

I plan on ordering more action cams and doing more experiments with them. I'll definitely be adding this setup along with my video camera on the next adventure! I really liked this a lot and enjoyed going through all the images and seeing what the camera captured.