Have You Played Speed Runners?

In my series of articles on games we love to play in our regular get-togethers over the weekend, I want to take another look at one of our all time favorites. This time, the game in question is SpeedRunners. Without a doubt, this has been one of our long time favorites for almost 5 years now and no single gaming weekend is concluded without launching the game at least once! 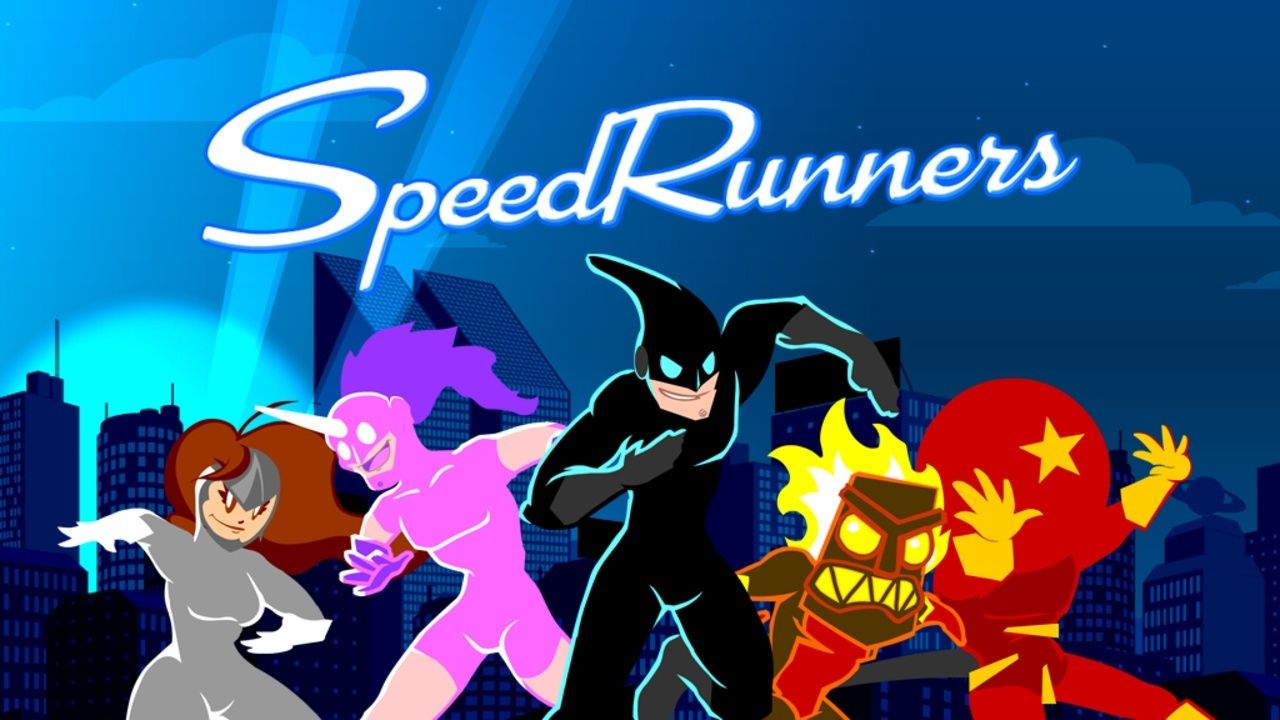 All images taken from Steam

SpeedRunners is a game about super heroes that like to run at high speed. Now that one was obvious, wasn't it? But what exactly is that meant to be? In the game, you compete with up to three other players to, well, run faster than they do. The game is a classical 2d jump and run that sends you on different circular tracks. As soon as any of the contestants gets too far behind, he is eliminated from the round. Once that happens, the visible area of the course starts to shrink and it gets harder and harder to keep up with the front runner. Once all other runners have been eliminated, the remaining player gets a point. The runner to get to 3 points first wins the match. This may sound pretty trivial at first but it's actually a lot of fun.

In SpeedRunners, all contestants always run at the exact same speed so you need to get creative in order to be faster than the rest. For example, you can grapple along certain ceilings, allowing you to move faster across difficult terrain or even reach a path you wouldn't get to other wise. Your runner can also use a double jump and making good use of that ability is quite important to keep up with the rest. There are also many different items to be found on each course, ranging from frost beams and seeker missiles to crates you can throw into your opponents way or a grappling hook that will allow you to pull back the guy running at the front.

SpeedRunners is extremely fast paced and especially in the beginning, a single round often only takes a couple of seconds before everybody but one runner fails to get across an obstacle and everybody is eliminated. Once people get used to the different maps and gain a better understanding of how to best navigate them, though, things can get really intense, with a single round sometimes lasting several minutes. A lot of the items also only make sense when you are not the front runner, so much like in games like Mario Kart, there's a rubber band mechanic that will help players to catch up again. Once the first runner is eliminated and the visible area starts shrinking, it also gets harder and harder to navigate when you are running at the front. Ultimately, the game is a lot of fun but also pretty draining as you need to pay attention every second of the game and often times make split second decisions on how to progress. Usually, we fire it up every day, play it for like 30 minutes, and then get back to something more relaxed again.

The game also features a single player campaign with a pretty random story line. While this is fun for a few rounds, it gets old pretty quick as you will either be able to beat the bots on a regular basis or you will loose to them again and again. Overall, the single player experience just lacks the chaos and confusion of a proper multiplayer round (well and the ability to scream at your friends of course). There's also online play with random people available but I found the community to be both pretty toxic and overly competitive, so I decided to stay away from that as much as I could.

The game's graphic might look simplistic at best in the screenshots but it actually gets the job done really well. The animations are surprisingly smooth and it looks really cool when everybody is swinging around across the map. The sound effects and especially the music are top notch as well. It has a rather urgent feel to it right away which only intensifies once the first runner is eliminated. Combined with the ever shrinking visible area and the reddish colors used for the invisible area, the game creates a sense of real pressure. As mentioned above, this also means that it's, at least for us, best played in smaller doses instead of one big run. We usually launch it for some runs when we either wait for a food delivery or just want some adrenaline after a more laid back game - which usually leads to us wanting to play a relaxed game again immediately afterwards.

The game has a very solid 94% positive rating on Steam and I feel like that's well deserved. It's sold at 15$ usually but right now it's on sale so you can get it as low as 5$ which is a real bargain! So far I've played it for more than 20 hours which would translate to more than 4 hours of enjoyment per dollar spent and I'm pretty sure I'll play another 20 hours of it in the coming years.

If you have some friends to play it with I can only recommend getting the game although I'd advise to play it with the same group of people as much as possible and also agree on not practicing it while you are home alone. The game really is the most fun when all players are of about the same skill level. If a single player is way worse than the rest of the pack he'll just get eliminated right away every round. If one player is way better than the rest he'll just win every single time the game is played and well, that gets old rather quick. Nevertheless, SpeedRunners is one of the most entertaining 4-player games that money can buy you, especially in that price range. The current discount is good until June 14th, so you have all week to make up your mind!

And that's all from me for today, thank you all for reading and see you next time!