Amazing Nature Contest : The quiet one on the river (about Fejervarya limnocharis) Where sand and gravel accumulate in the body of a river, you will hear a "music of nature". The water currents that tripped over the stones on the way to the estuary and lowlands, made a splashing sound, meanwhile splashes of water were thrown everywhere. You observe an event that seems like it will never end while enjoying a "music of nature" that is presented. Your eyes then go to the reflection of nature painted on the surface of the water. In the meantime, peace will go deep into your heart; it is a gift that you cannot escape your admiration for nature, and so, your gratitude. A moment later, you are diverted by a light jump between the stones. You try to take a longer look at where the motion is coming from. Once you get a little closer, a cute creature is seen among the stones, it is submerging half of its body in the water, its snout pointing towards the flow of the river. That's when you realize that there you are not alone. That creature is there, inhabiting its habitat, near the water. 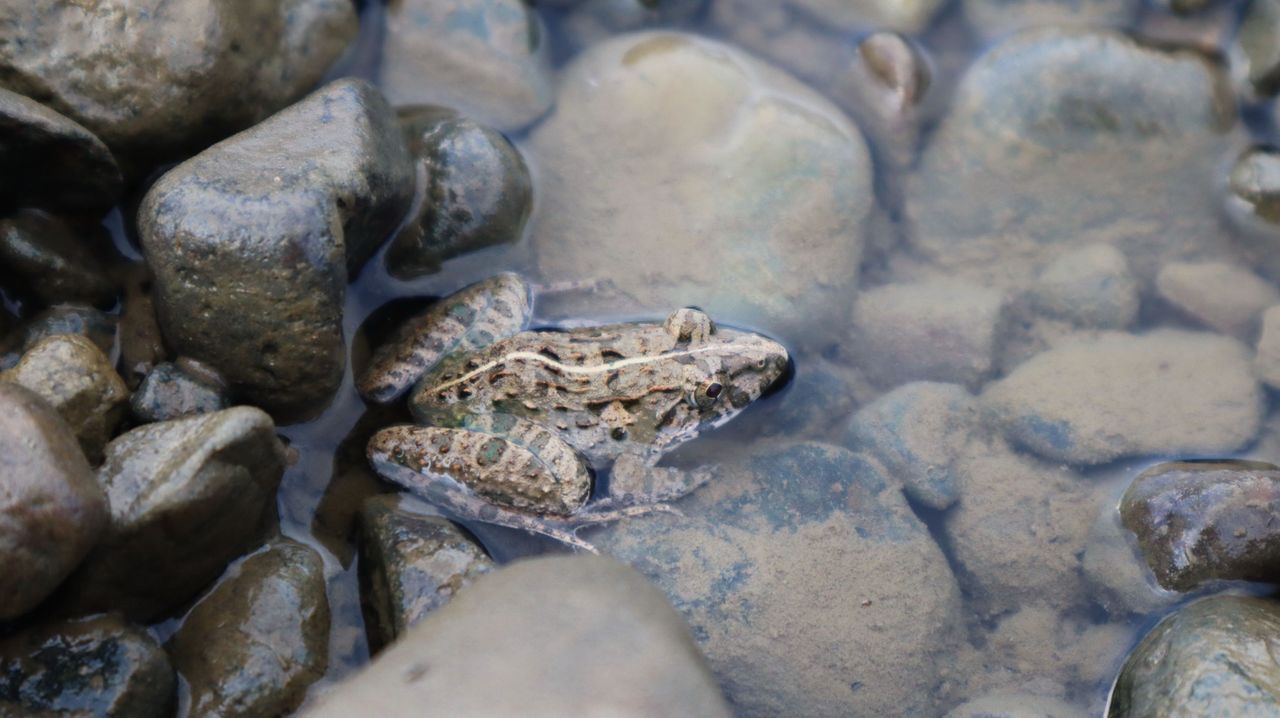 Here, it is commonly known as the rice field frog (Asian grass frog). In some areas outside my area, I heard it was caught and sold for consumption. But in our place, they live freely in rivers, ponds and streams in the rice fields. Scientifically, this species of frog is Fejervarya limnocharis. About this species, Amphibia Web gives a description like this (because of the many scientific terms there, I quote the text in full): According to the same source, they often visit marginal vegetation near rivers and streams. An interesting and easily observable thing, as the source also mentions, is "when it is disturbed it leaps in water to swim back at once."

With breeding triggered by monsoon rains, this frog species is distributed from South Asia to Japan, and especially in Southeast Asia. This one is in the north of Sumatra or to be precise in the province of Aceh, Indonesia. In terms of breeding, it was one of the first amphibians to arrive at the calling site. The males generally call in places near a flowing stream, such as this one, and they are far apart from each other. As mentioned in the same source, they have a distinctive, fast and repeated calling sound, but in the moment I take these pictures of Fejervarya limnocharis, it looks so quiet. So I call that, the quiet one in the river. (More information, see here and here too)