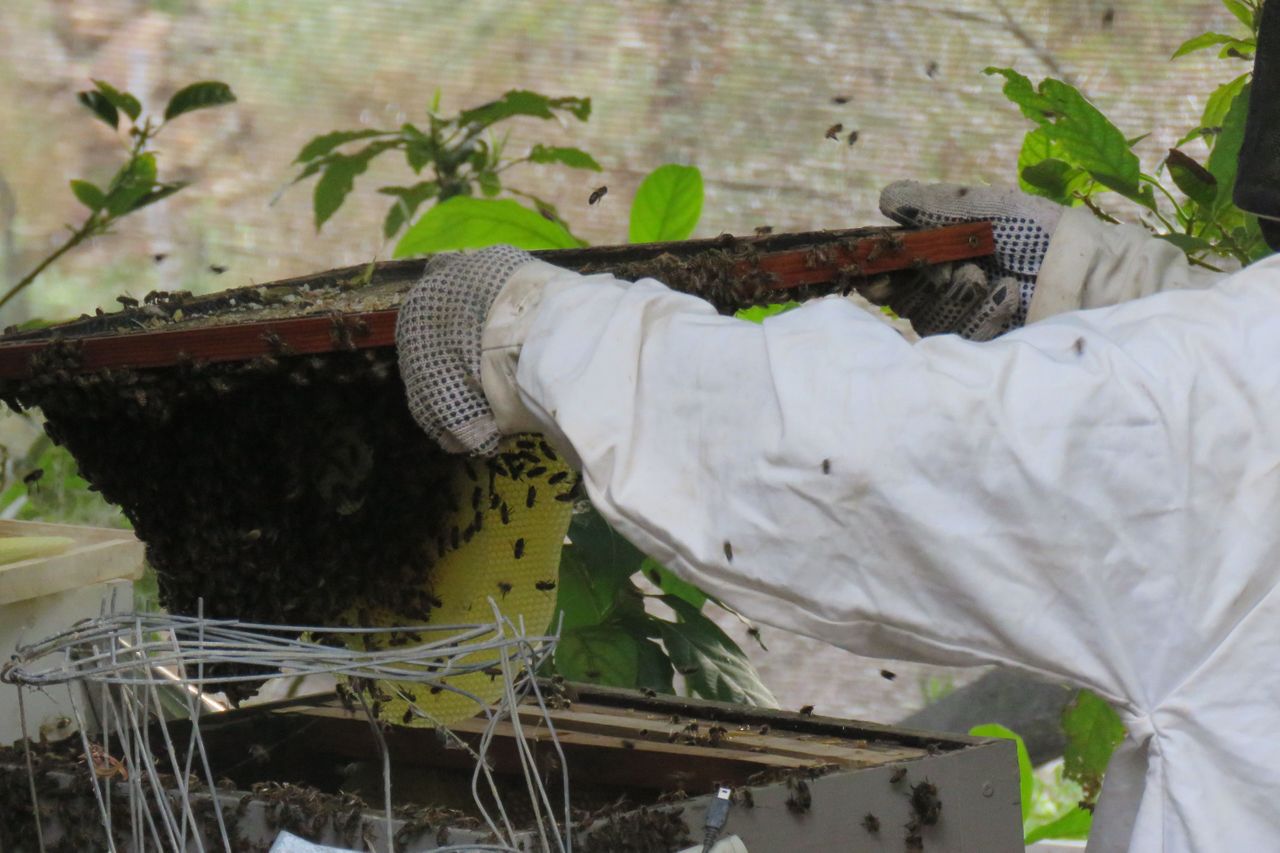 As the days warm up the air pulsates with thousands of little swarming bees. Our homestead literally vibrates with millions of beating wings and the scouting bee parties. The anticipation of the people is equal to that of the bee colony moving into their new home. It has been many years since we have had the blessing of bees. Our hives have stood empty for 7 years. Recently we took the Supers out to repair them in the hopes of using them to build up hives, once they were again full of bees. With the long drought over every part of Creation celebrates. Without warning the first strong bee colony moved into a Super. This is not ideal as a Super (or Superstructure) is specifically built for the honey once a swarm is established in the hive. Before we could move the bees into their actual hive, a second swarm arrived and quickly took up residence in another Super. 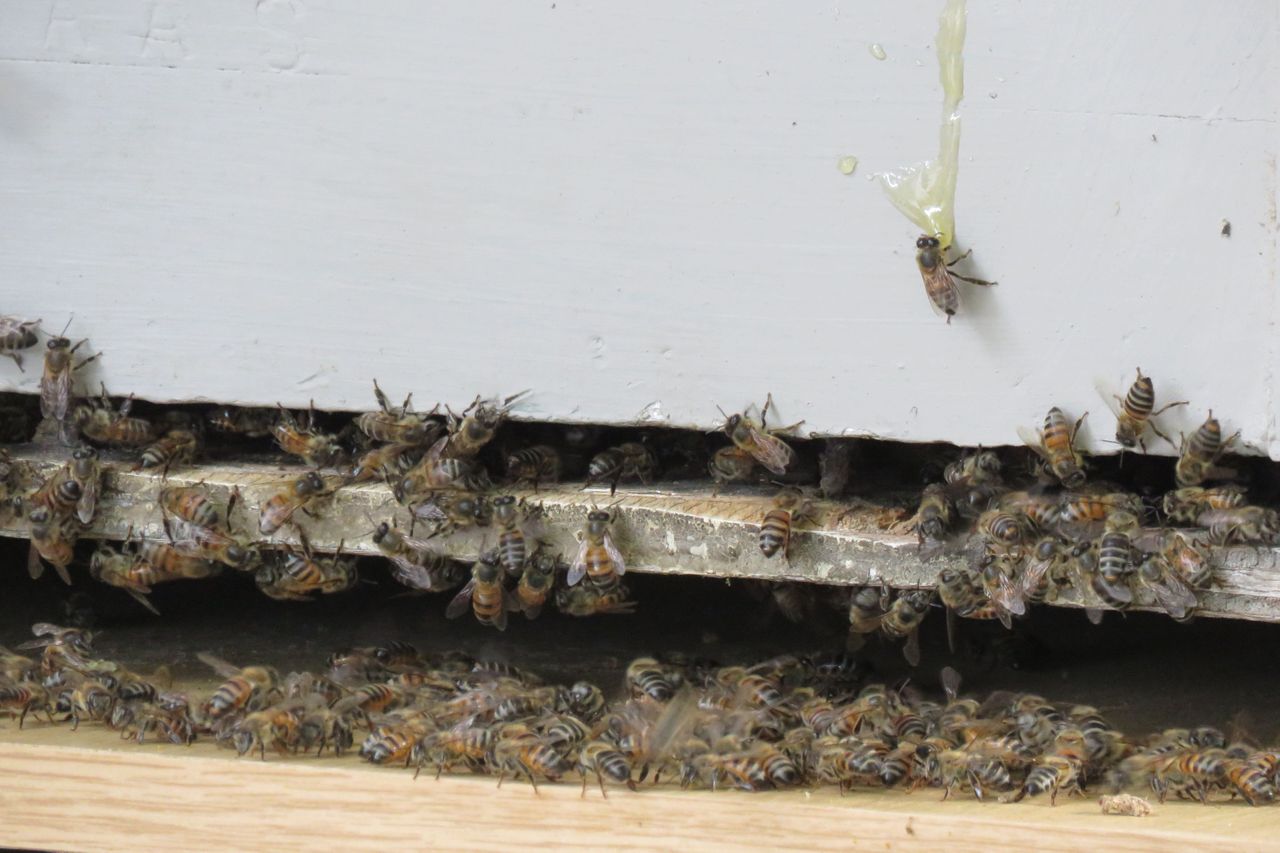 Bee suits were dusted off and pulled on. Assistance was called in. Because I'm not so much interested in the beekeeping side as I am taking photos of the bees - the Husband, of course, can't work bees alone. To keep bees calm a smoker is used to mask the smell of the danger pheromone they release. We usually put pine needles in the smoker so it is not at all harmful to the bees although it gets them buzzing. 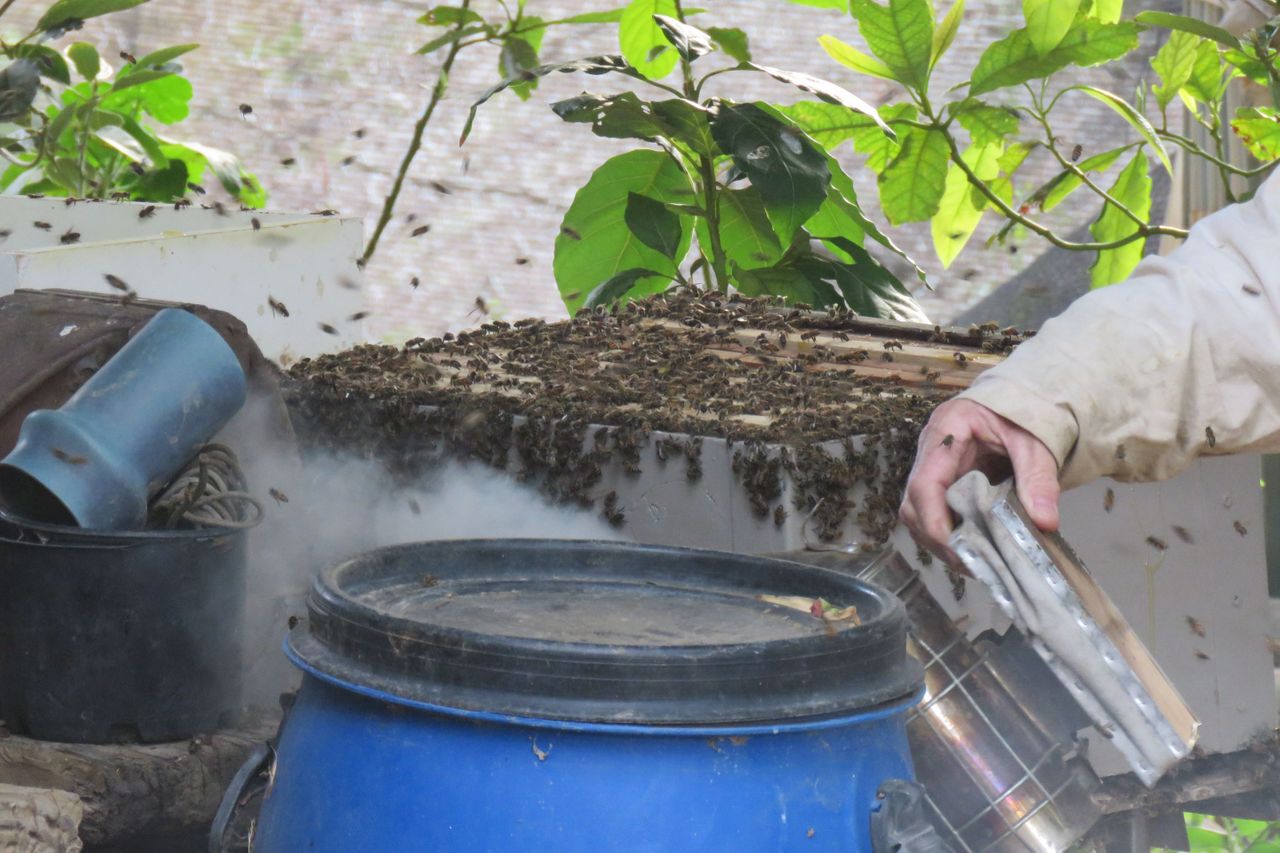 Each bee's entire life revolves around the strength and survival of their hive. If they feel their colony is threatened they will sting - and thereby lose their life. The smoke masks any possibility of danger or fear but keeps them focused on staying together, and protecting their queen. We work quickly so that they aren't unnecessarily disturbed. After gently smoking the colony it is easier to see what is going on without the bees wanting to attack or leave. It is also forces them to clump together. And we can quickly move them into a hive. 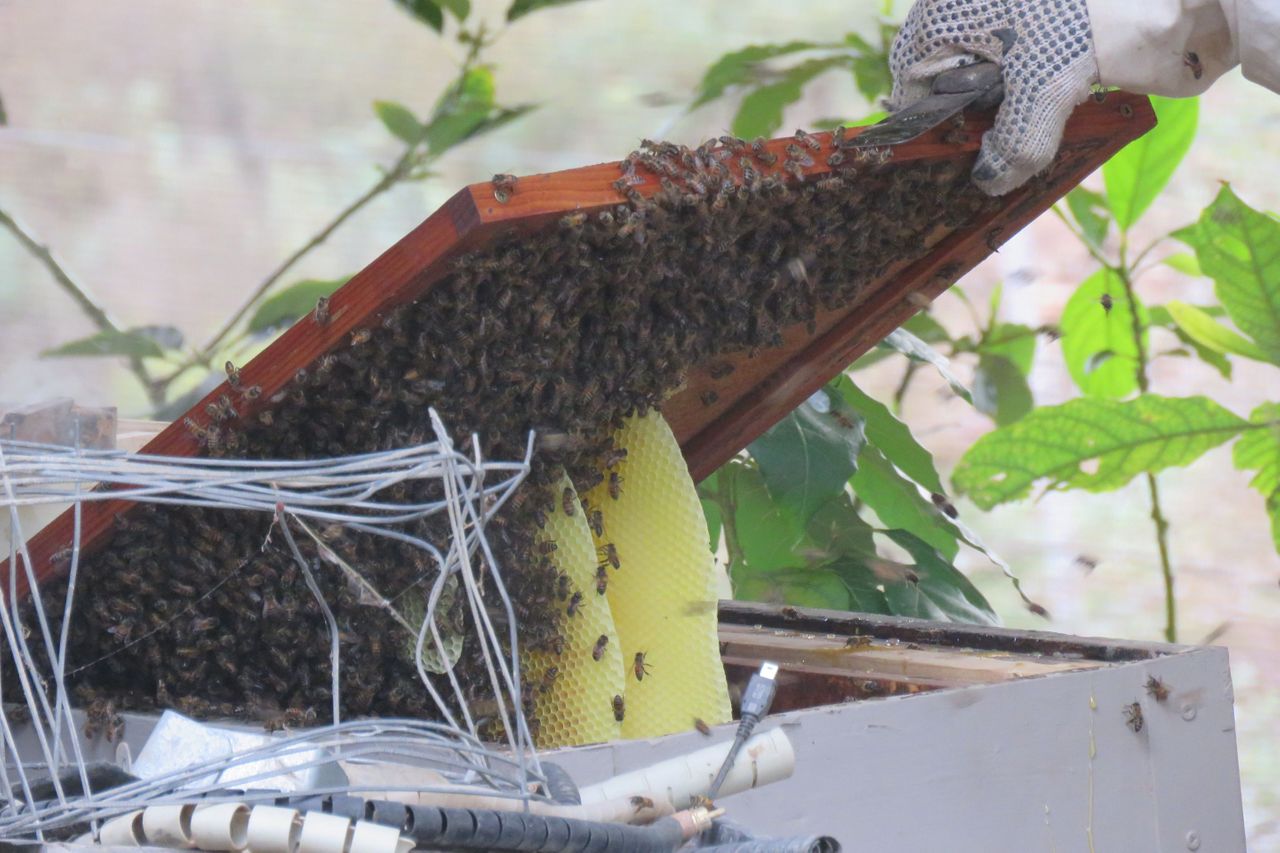 We were totally blown away by the beautiful wax sheets the bees have already pulled in such a short space of time. It is important to move the beeswax so they can continue their work (without starting over) although the edges had to be trimmed in order to fit. Once the first, and newest bee hive was moved we focused on the second. This one arrived a couple weeks before the last. We were delighted to find their beautiful wax comb full of honey. Not only is it early in the honey-flow season but it is the first honey produced on our homestead in seven years!! And it tastes wonderful!!! 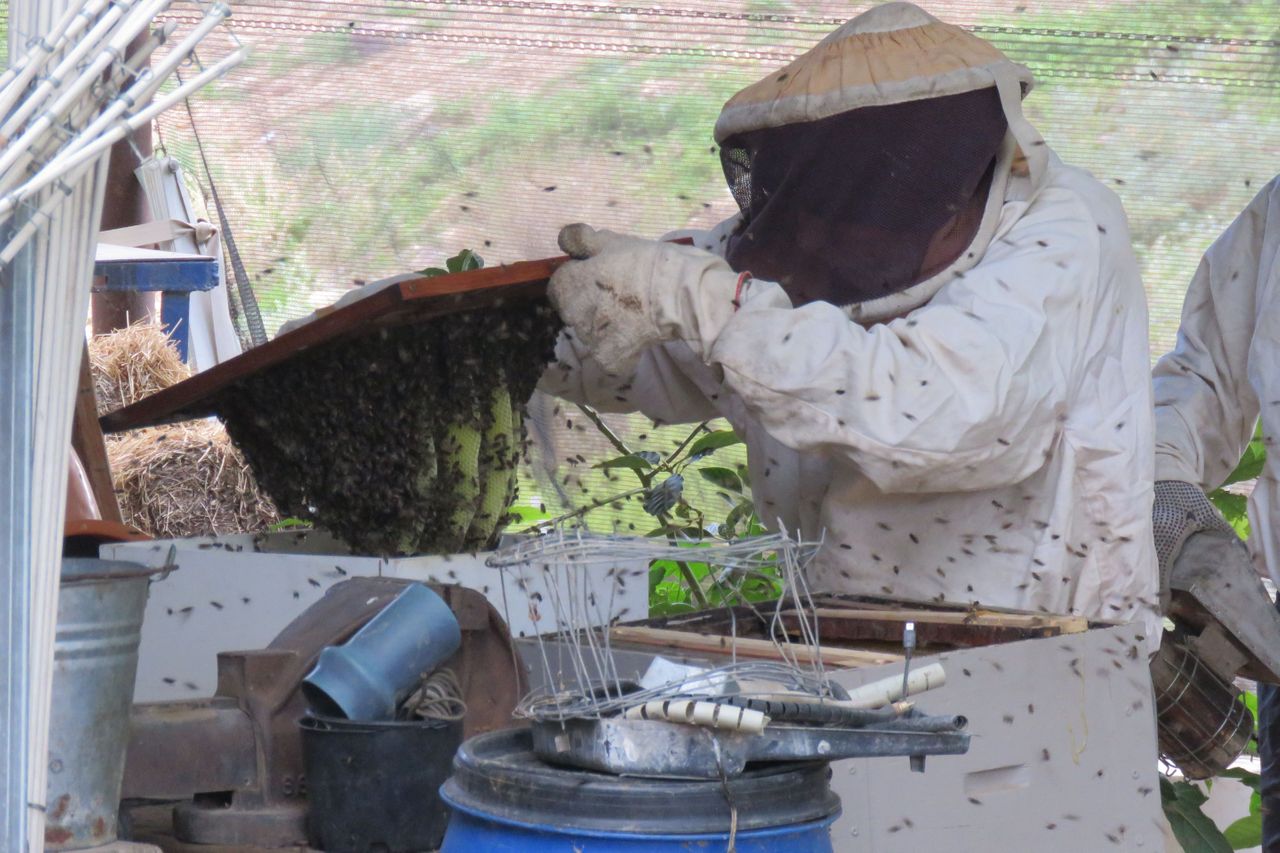 The hardworking little honey bee only lives 5 or 6 weeks as opposed to her queen who lives 3 or 4 years. In winter however the honey bees live a couple months. Either way, winter or summer, on average the little bee makes only about half a teaspoon of honey in her short but invaluable lifetime. It certainly makes honey that much more to be appreciated. 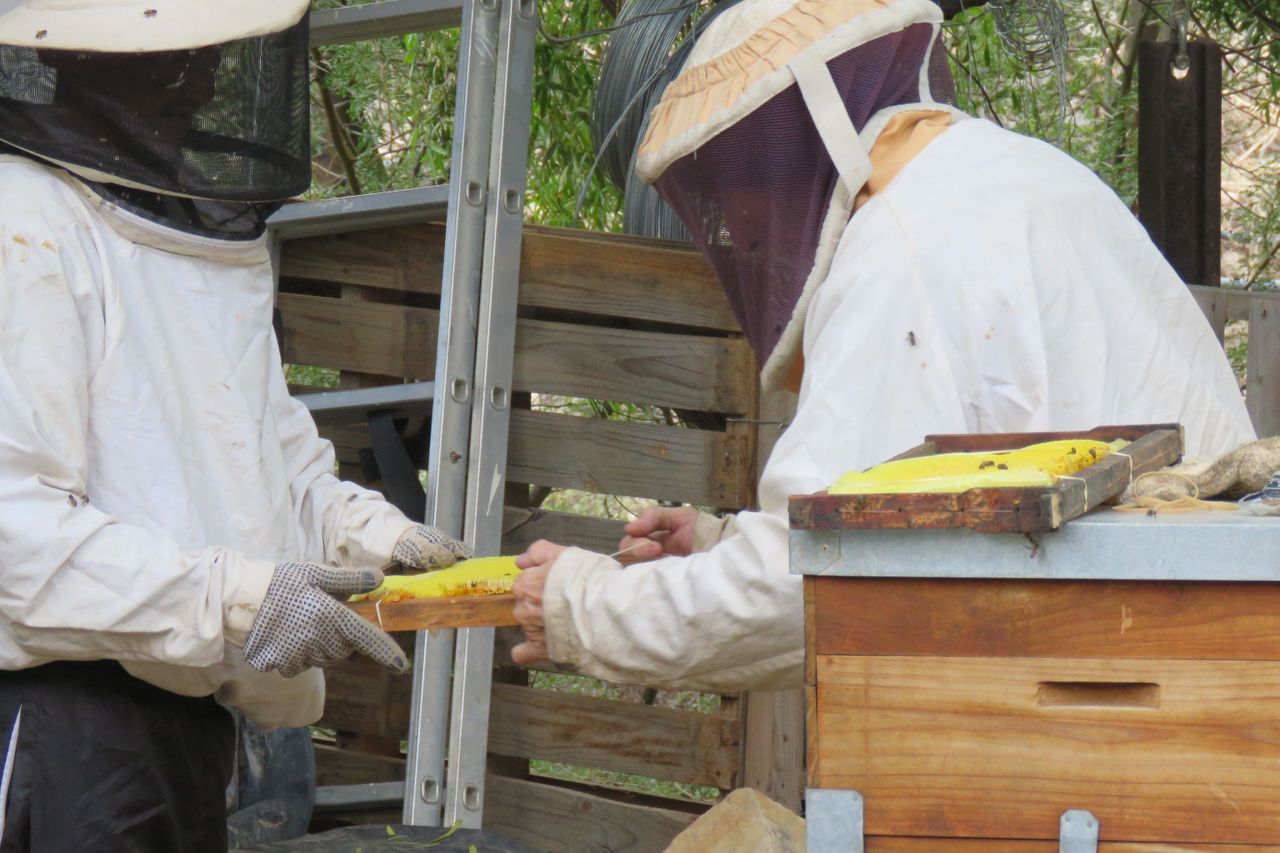 That a bee has two stomachs?!! Despite many years of bee keeping and savouring their liquid gold it is only recently I learned this little nugget. Ever wondered how she processes all that pollen without mixing her food and the honey? Bees have two stomachs! One for food. The other to store all the nectar she's collecting from the flowers, which will be safely transported back to the hive. 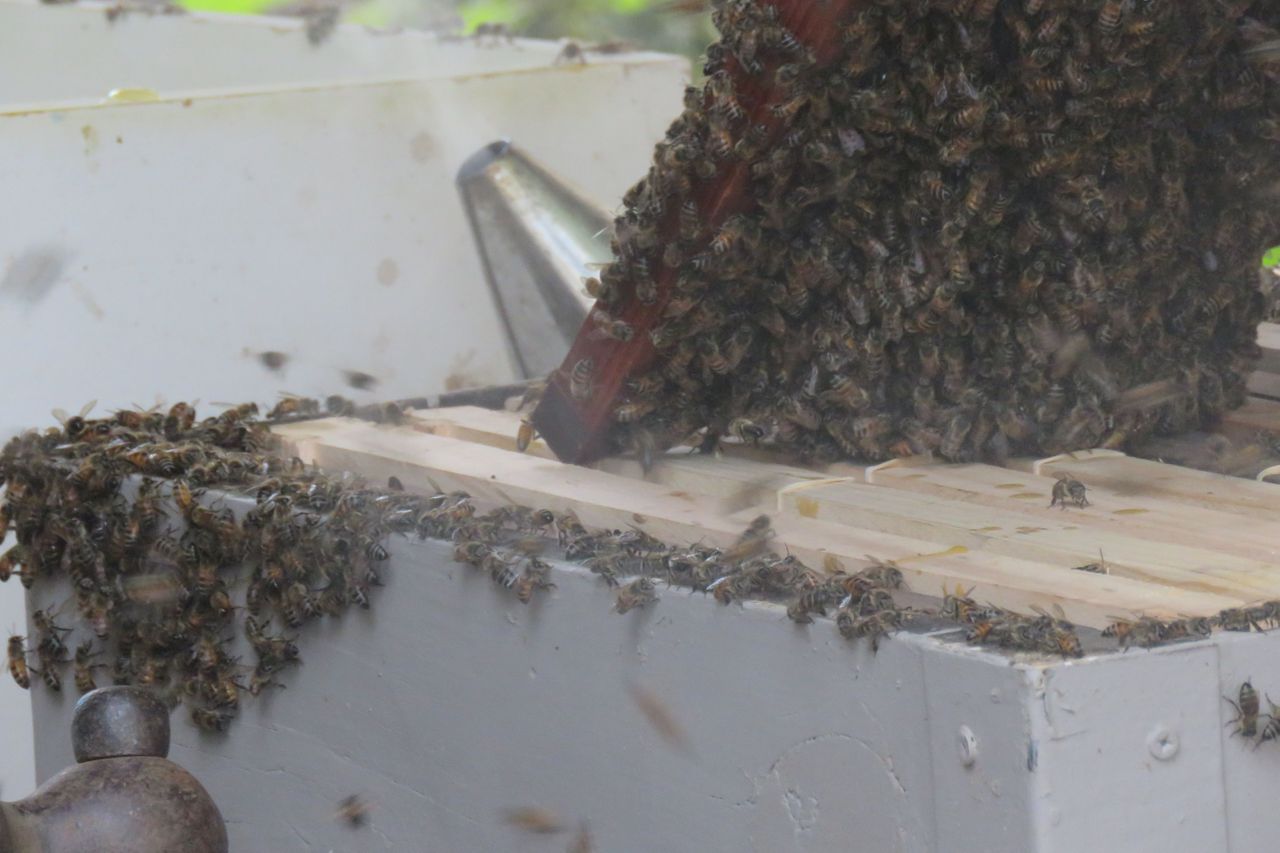 Ask my beekeeping family how much of a help I am; and they will be very quick to tell you that I and my camera are in a world of our own while the bees are being worked. The dynamics of this remarkable insect community intrigues me. We can learn so much from the honey bee. 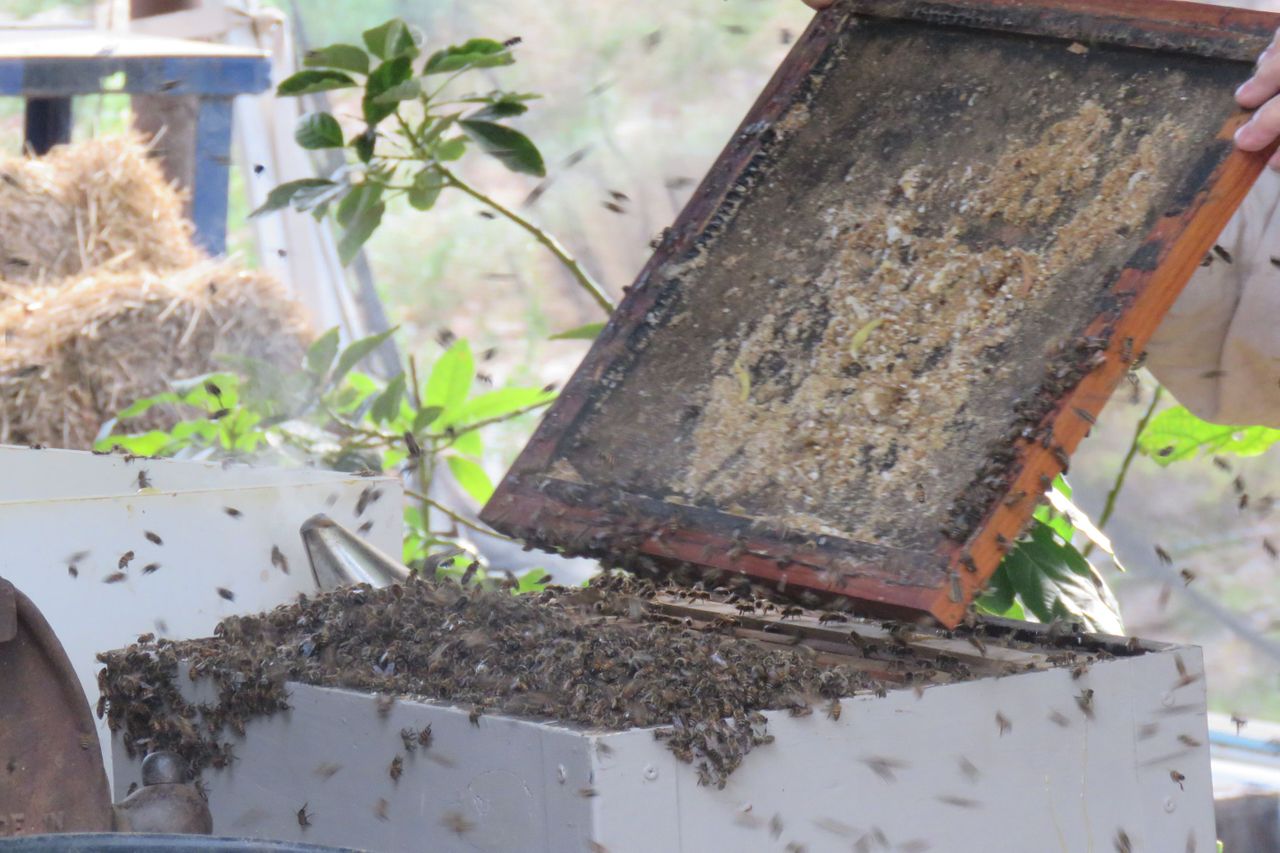 The only males in Bee Kingdom are the drones! Their sole purpose is procreation. No, they are not the bodyguards of the queen. They are her harem! You can easily distinguish the hard working girlie bees from the drones as drones are slightly bigger, and they don't have a sting. They are only tolerated for the purpose of growing the queen's colony. 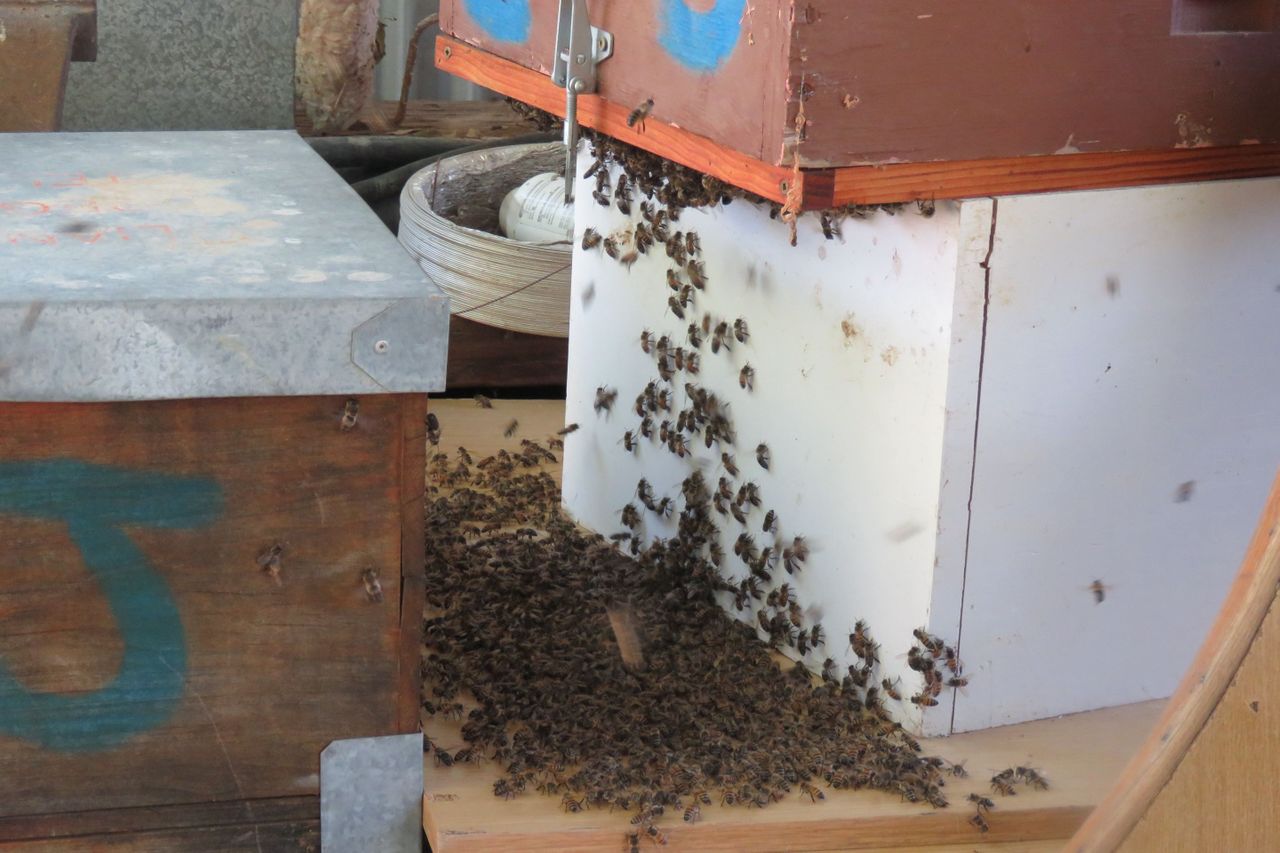 The two new swarms are very strong. We gave them a couple days to settle and then, at night, when they are all inside, we moved them into the neighbour's field. When you move a hive it has to be no less than 5km or they return to the initial place they had chosen. This poses a problem for us as it is right near the homes and animals. So they had to be moved far - in this case 10km down the valley. In her daily collecting of pollen each little bee can fly up to 5km in distance to feed her colony! 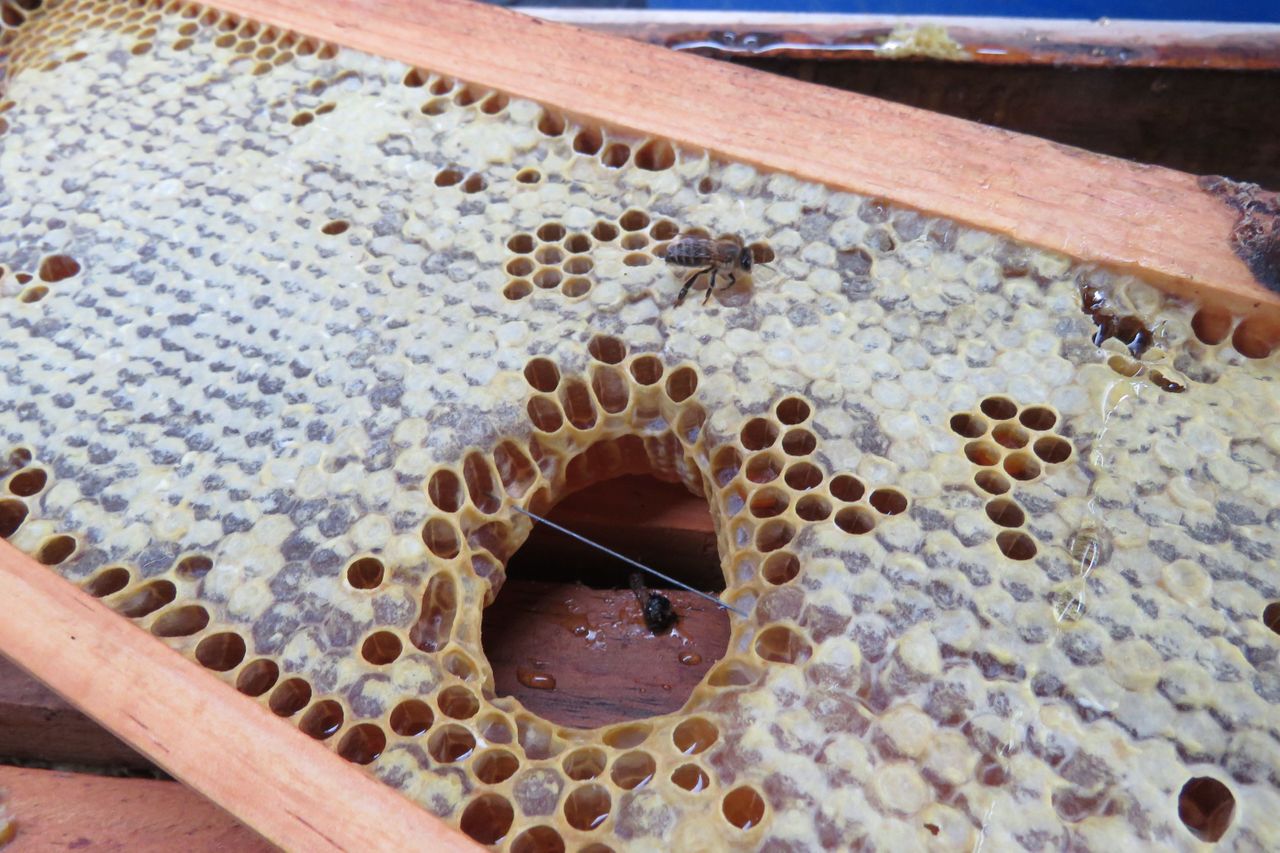 Bees are an invaluable part of our life and have been an essential part of our homesteading happiness. Within hours of relocating the first two hives a third one has arrived! It promises to be a wonderful season. Honey is a powerful natural medicine. Ancient cultures paid honour to the incredible little bee and her liquid gold - old manuscripts and rock art from India to Spain to old Babylonian records testify to the wonderful bee. The ancient Egyptians used honey for embalming, even burying jars of the sweet liquid with their royalty. It saddens me that so few in this day and age understand or preserve the life of the honey bee. We would do well to grasp just how much our survival is linked to each little bee. 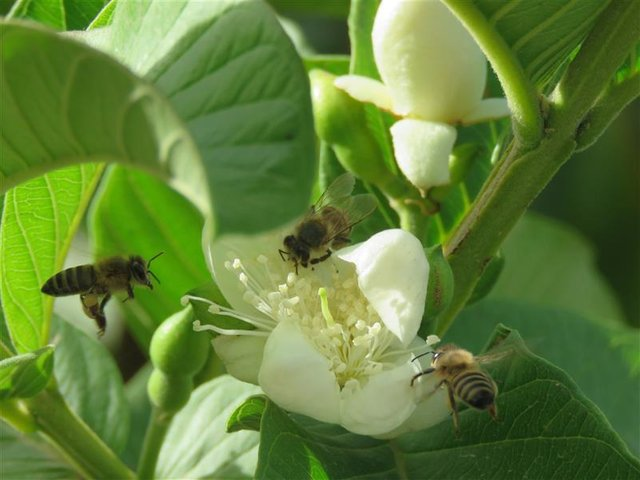