From Spore 🧫 to Mushroom🍄 To those of you not involved with the Hive Community and are reading this as the main source of my tek; the tek is posted upon a platform (namely, the general community through PeakD and its' collective communities) known as Ecency.

This is kindly made possible through the support of my following thus far and the community as a whole. The entirety of the network, Hive-Engine, benefits as a whole. Both benefactors, and curators.

If the cross-examination of mental health and psilocybin's affect on the body, mind, and soul bear an interest, you may like taking a look at this short articulate,

So without further adieu, I would like to thank all those on the platform that help spread this post or even benefit from it.

All I wish is for people to learn:,

-the science, safety and proper methodological procedure behind mycelial utilization on petri's, in jars, and elsewhere;

-the legality and how to complete such growth without repercussions in restricted/non-restricted municipalities/cities, regions/territories, and nations/commonwealths;

-how to grow mycelium no matter the stage,

Properly and with Ease!

As so, I have compiled all 8 week-two section blogs into an orderly fashion below, basing links through ecency for ease of access, being so one can begin their own Psychoactive Adventures, here:

From Spore 🧫 to Mushroom🍄

For anyone who has read this far, see below, a series of pictures showing initial petri growth to final harvest; 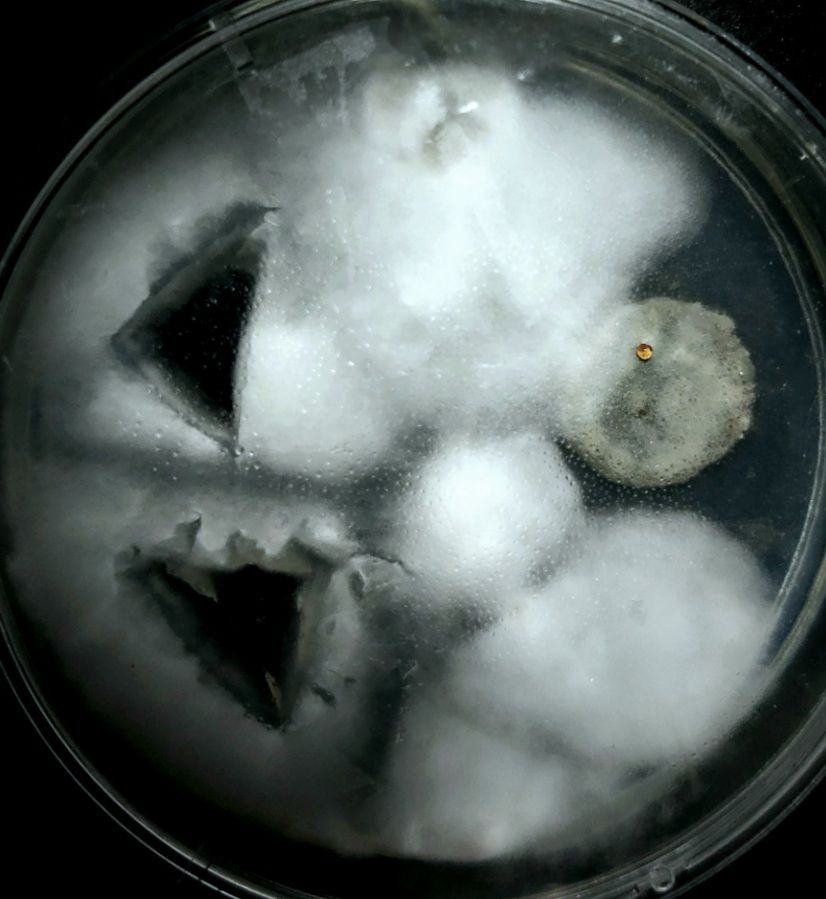 Good luck with all of your future endeavours! And remember, that time, effort and patience produces satisfying results, as is so clearly laid out and displayed in this post; so what are ya waiting for! Get out there and start looking for some natural spores!

Thanks again all for your continued and valued interest in personal provision!