Our bushes did great this season, we got over three pounds of berries from four plants. The plants were hanging over to one side weighed down with berries. My Mason bees did it again! Another great pollination for the season and with that I get alot of berries. Every spring they emerge right around the time that my bushes are flowering and they go right for them.

The birds have also been feasting, my our local Hawk really needs to step up its game and put the fear back into those berry stealing song birds. See animation above in the upper right corner one of the Robins comes into view waiting for me to leave so it can feed on some ripe berries. 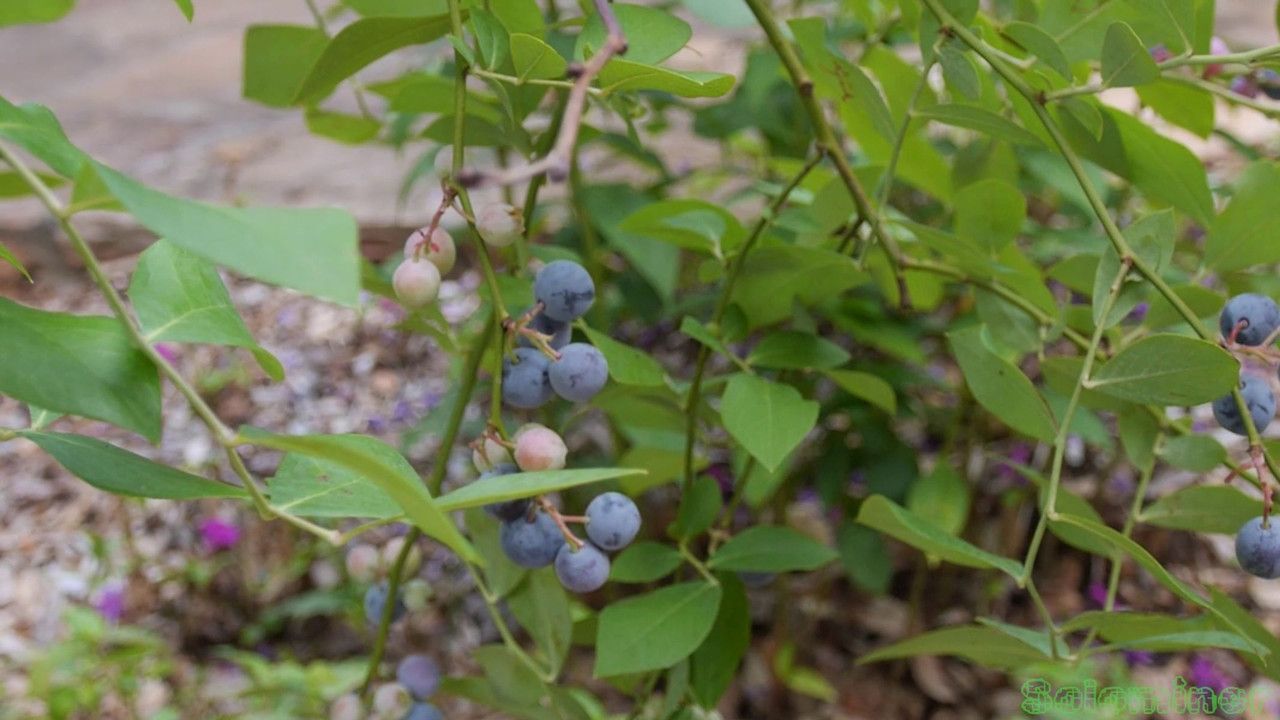 Around the time of making this video, many of the berries were still unripe. But now at the time of posting this nearly all of them have been harvested. I love the powdery appearance of them, one of the cultivars of Blueberry bushes I have is called "Powder Blue" and the other kind of I have a "Climax" variety. Having two cultivars increases my fruit yield, along with the solitary bees that visit them it just stacks that yield. With over three pounds from four bushes I think thats a great yield. These bushes are around six feet tall but I can expect them to double in size over their life time. And the yield as well should increase to five to ten pounds per bush. Which would be more than enough to get me through the year. 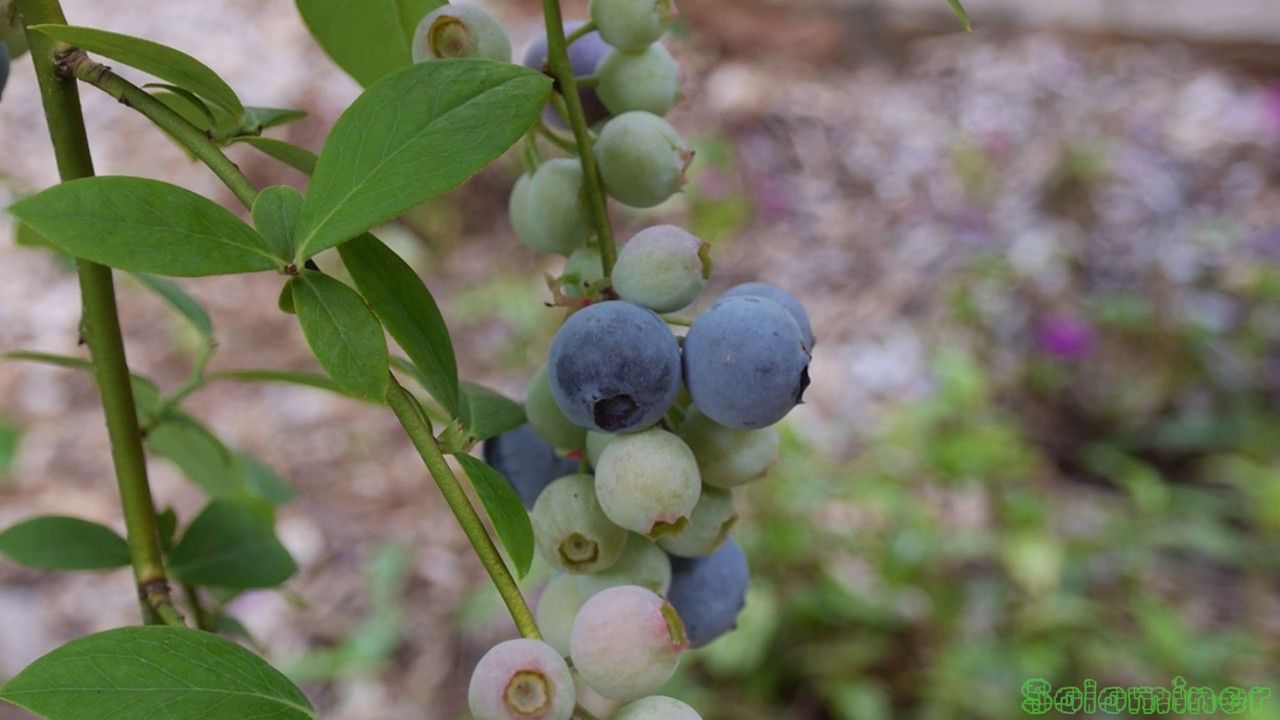 We normally save the berries by letting them rest on the counter for a few hours and then freezing them. We use them in smoothies and make desserts with them. I also eat them raw as I pick them. Its really amazing how heavily these bushes produce, they are almost ten years old now and have come a long way. When I first got them those damn birds nearly ate all of them. But now we get so many they cannot keep up. These four plants were bought at a flea market, it was a rainy day in the middle of the winter. So I got a good deal on them, and kept them indoors until spring. When I planted them I had placed some horizontal boards around to help add soil. But they rotted out in the last few years as they were untreated. So now I just add mulch. 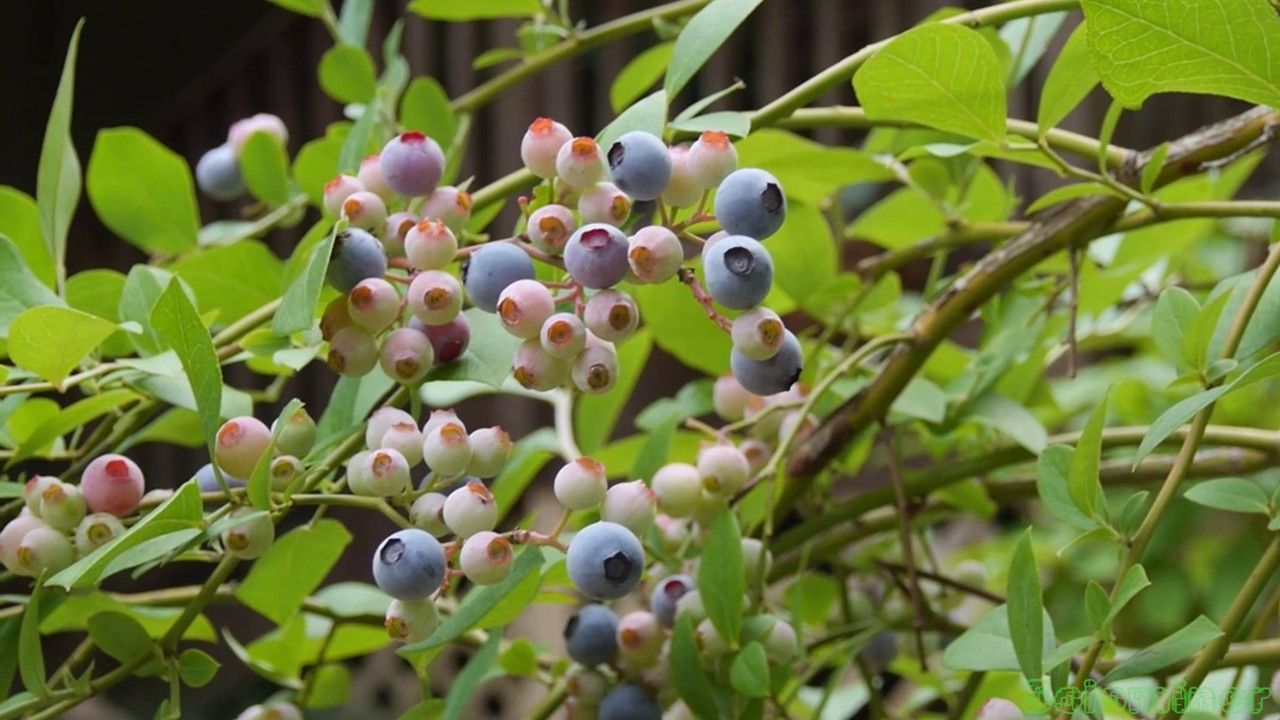 Looking forward to seeing their growth in the future. I cleared out some sick trees near by and it has increased the light in the yard. So hopefully these bushes will start growing even faster. I could see a 5x-10x yield increase which would be amazing as they already produce so many. Its been alot of fun growing these Rabbit eye variety. The Highbush type does really well here, we get chill hours into the thousands and makes them quite happy. With them needing around 500 hours a year of temperatures below 45F we have more than enough to give them the climate they need grow.

Video note: Since the music is copyrighted and I am now publishing to Youtube. Ads are being forced on the video to pay the copyright owner. I was not given a choice in this as it was required by the platform, so please use an ad blocker if the ads bothers you. I always run ad-blockers and highly suggest others do as well. Ublock Origin is a good one but there are many out there. You can find these plugins at the Chrome store or Firefox store depending on your browser.