One of the prominent and disturbing misconceptions I come across, predominantly among political right wing circles, is the belief that the surveillance state is an invention by and for the government. This is only half true, because the fact that all our personal information is right there for almost anyone to grab is, facilitated by Big Tech and driven by capitalism's profit motive. 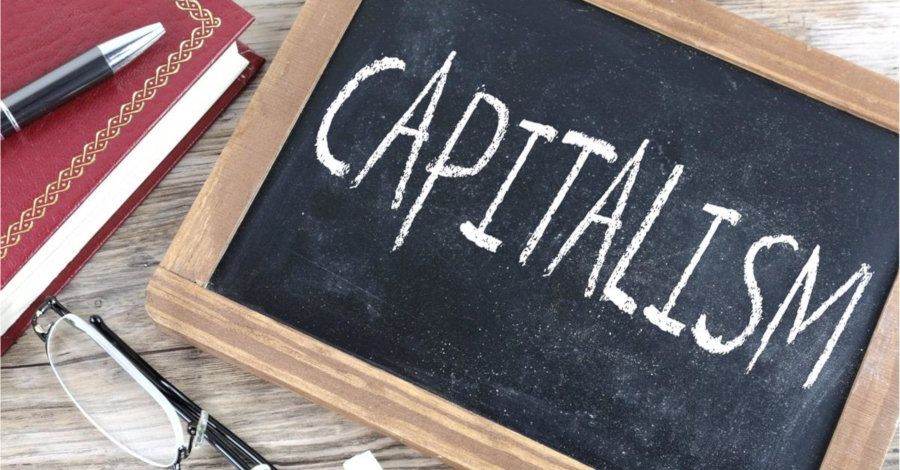 Only recently and as a component in the "culture war" dominated by the political right's constant whining over "cancel culture", have conservatives started to aim their arrows at Big Tech industries. But of course they still claim that these industries are dominated, somehow, by communists and socialists because they can't seem to let go of the need to paint some big Red Scary monster that's about to take away all freedoms. And if it's not communists, it's Jews. Especially in America conspiratorial beliefs have gone haywire, with large swaths of Republicans believing in the QAnonsense stories and "Cultural Marxism", which is just a modern variation on the "Cultural Bolshevism" espoused by Adolf Hitler et al. Really, these people see conspiracies everywhere; if it's not Bill Gates hiding nano-trackers in vaccinations, it's Democrats drinking baby-blood, if it's not schools and universities poisoning their children's minds with Marxism, it's YouTube cancelling their free speech, if it's not "white genocide" facilitated by the communists in the Democratic Party by importing Mexicans or erasing borders, it's simply the Jews taking over the world. It would be hilarious if their numbers hadn't grown so spectacularly in post-Trump America...

It's illustrative of the mental gymnastics some people are capable of, that they actually believe that some of the most extreme examples of capitalism gone bad are manufactured by some unseen and elusive communist threat. I cringe when I hear some Trump supporters claim that Biden, or the Democrats are a communist or socialist threat to their freedom. That's so stupid! Not only because neither Biden or the Democrats are even close to vaguely resembling socialists, but because the real threat to their freedom comes from the capitalist economy. Let me be blunt here: there is no such thing as "crony capitalism". What you see is just capitalism. Not a socialist or Jewish conspiracy, just capitalism. Not "socialism for the rich", but the oligarchy that's produced by plain capitalism. I mean, it's so simple to understand... Look at this tournament schedule:

Competition is like that: it's a contest. In this contest Lisa, Ernie, Andrew or Robert will become the winner. Start with 16 bakeries, and the winner will be Mega Food Corp. LLC. Why is that so hard to understand for some people? Some of them believe in another elusive and unseen entity called the "Invisible Hand" which I won't debunk again as I've done so often enough. Let me just quote Joseph Stiglitz here: "the reason that the invisible hand often seems invisible is that it is often not there." And you can get rid of the word "often", it's just not there. Others believe that government should step in to prevent monopolies forming, like the antitrust laws. Well, that doesn't work because corporations simply legally bribe the politicians; America is still "The Best Democracy Money Can Buy"...

Back to the surveillance state; that's not invented by the state you know. The main reason why all our personal information is up for grabs is because of the large and profitable market for personal data. That's it, nothing more. Sure, the FBI, NSA and CIA are all despicable government agencies, but they don't collect the data. That's done by Microsoft, Apple, Android and most of all Alphabet Inc., its subsidiaries, Facebook, Twitter and the likes. It's called Big Data and it's collected and owned by Big Tech. And it's not only used to sell us products. The collecting and trading of this data isn't a shadowy Marxist or Jewish conspiracy; it's just capitalism at work. Here's a snippet of the original research paper for the Google search engine, from a time when Sergey Brin and Larry Page were just students developing their miracle program on your tax dollars at Stanford University, and when they weren't yet the billionaire owners of Alphabet Inc.:

Currently, the predominant business model for commercial search engines is advertising. The goals of the advertising business model do not always correspond to providing quality search to users. For example, in our prototype search engine one of the top results for cellular phone is "The Effect of Cellular Phone Use Upon Driver Attention", a study which explains in great detail the distractions and risk associated with conversing on a cell phone while driving. This search result came up first because of its high importance as judged by the PageRank algorithm, an approximation of citation importance on the web [Page, 98]. It is clear that a search engine which was taking money for showing cellular phone ads would have difficulty justifying the page that our system returned to its paying advertisers. For this type of reason and historical experience with other media [Bagdikian 83], we expect that advertising funded search engines will be inherently biased towards the advertisers and away from the needs of the consumers.
source: Stanford University

Ah... How far they've come :-) Seriously though, most of the things we see happening in this world are not caused by some shadowy conspiracy, and most certainly not a socialist of communist conspiracy. Almost everything can be explained by simply following the money, because this much is true: money does make the world go 'round. And it does so because we've been made to believe that capitalism is the natural state of the world and of humanity. That's the big lie. Tribal communities are communist, and what are we but one big global tribe? Okay... we're not there yet, not by a long shot. But I can dream, can't I? :-)


The Problems With Capitalism, Big Tech, and Monopoly Power