Beware of the advice to "do your own research." I'm not saying that because it's bad advice, but because this advice so often comes from people and institutions selling you bullshit. Every Flat Earth article or video tells us to do our own research. Every crypto trading analyst claims first that "this is not financial advice" when it clearly is, and then urges you to do your own research... 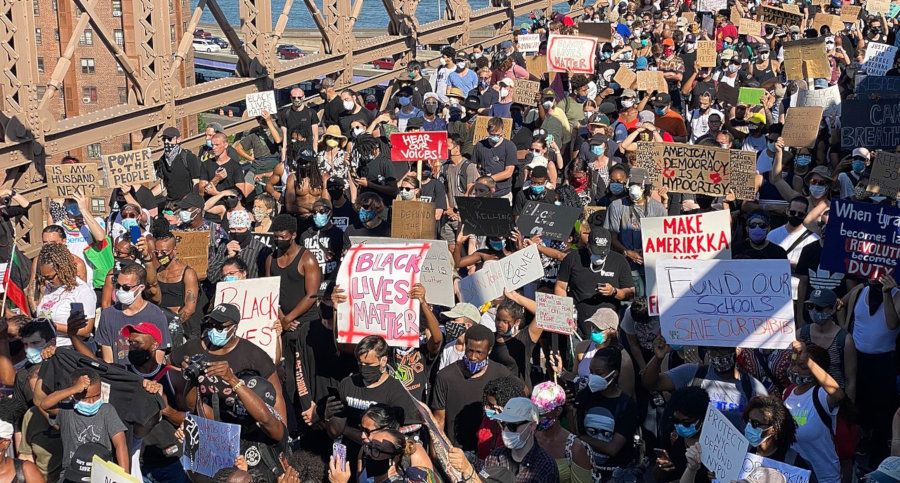 We live in the age of post-truth and alternative facts. Mixed in with rising discontent, a growing sense of powerlessness, an inability to change anything of importance in our so called democracies, this makes for potentially highly explosive situations and events. The most recent examples in America are the 2020 Black Lives Matter protests in reaction to the police murder of George Floyd, and the January 6 storming of the Capitol in reaction to Trump losing the general elections. I happen to believe that the BLM protests were justified and the storming of the Capitol was not; one was a reaction to a true event and the truth of systemic racism, and the latter was caused by partisan lies and alternative facts. But let's put that aside for now and focus on how the portrayal of these events in the mainstream media has influenced opinions of American citizens.

As you probably know, the GOP has blocked further investigations into the cause of the January 6 insurgence, most likely because Republican government representatives would have to explain their role in causing it. It's no mystery; months of repeated lies about the election results and false claims of massive election fraud by Republicans and Fox News, as well as the words of Trump, Giuliani and other GOP members who've staked their political career on these lies, whipped Trump supporters into a frenzy. In the case of the BLM protests there was no concerted effort to get people to protesting by the millions. So I was rather surprised to read the following headline: Two-thirds want BLM riots probed, more than Jan. 6. That's two-thirds of Americans, not just Republicans.


The Toppling: How the Media Created the Iconic Fall of Saddam's Statue

Okay, let's travel back in time for a moment to look at an even greater event where the mainstream media was guilty of spreading misinformation and alternative facts; we go back to 2003 and the iconic images from Baghdad when the statue of Saddam Hussein was toppled by an ecstatic crowd of freed Iraqi citizens. This image was broadcast over and over again, every few minutes, and was accompanied by words of victory and compared to the toppling of the Berlin Wall and the defeat of Nazi Germany. This was on April 9, 2003, only 20 days into the invasion of Iraq, and the reporting would lead us to believe that this was, or had been, a quick war with a swift and happy end. "Mission accomplished" was written all over the news broadcasts of the American and international mainstream media. We now know how deceitful both the imagery and reporting were, and we now know that this was not the end but just the beginning of a long war, costing hundreds of thousand of lifes on all sides, but mainly Iraqi lifes. Watch the above linked video on how the public was deceived by mainstream media hungry for some good news. If you want to read more, here's a good 2011 article to sum it all up: The Truth About Iconic 2003 Saddam Statue-Toppling.

Now, why do more Americans want to have the 2020 BLM protests investigated than the January 6 Capitol riots? One was the biggest protest ever in American history, fueled by legitimate anger, and the other was a bunch of QAnon believing Trump loyalists not willing to accept his defeat, and therefore a direct threat to whatever little democracy there's left. Well, again it's the mainstream media's portrayal. If you go by their reporting, with Fox News once again being the main culprit, you believe that the BLM protests caused "over 100 days of violence and destruction in our cities," which simply doesn't bear out in the actual statistics. But it does bear out if you just watch TV and listen to right wing claims. The statistics say that the overwhelming majority of the BLM inspired protests were peaceful: I've seen reports that 93 percent of them were devoid of violence against people or property. These same reports say that in the 7 percent where there was violence, it was mostly violence directed against protesters, and mostly by the police. Here's one of the articles about that: Black Lives Matter Protesters Were Overwhelmingly Peaceful, Our Research Finds.

In the GOP's efforts to prevent further investigations into the background of the January 6 Capitol riots, they often refer to the 2020 BLM protests in their defense. They say something amounting to; "the violent left wing protests by the domestic terrorists of BLM and Antifa, leaving our cities burning and causing untold property damage weren't investigated, so why investigate the peaceful January 6 protests?" This is how they frame it. And if you get your news from Fox News, One America News, or the Trump sycophants in the GOP, you've been presented a version of reality that makes you believe this framing is correct.

"Do your own research" for almost all of us amounts to nothing more than comparing and choosing from authoritative sources. Most of the time we're not actually there when it happens and usually we lack the knowledge and expertise to truly understand the things we try to form an opinion on. Don't get things twisted: this is exactly what the ones who tell you to do your own research do themselves. And a good method for discerning which sources are trustworthy, is to look at their track-record. This tells us that ALL mainstream media are not to be trusted: both liberal and right wing media lied us into the Afghan and Iraq wars. But there still is a difference; there's no comparison to the right wing media's and right wing politicians' track-record for selling us bullshit.