The killing of a modern day saint - part 3/6

I tell this tale now, dear reader, because I was personally inspired by the modern day saint who faced the dragon head-on in its lair, brandishing his torchlight of knowledge so that whoever wished could be led by its light out of the dragon's grip and on to freedom. 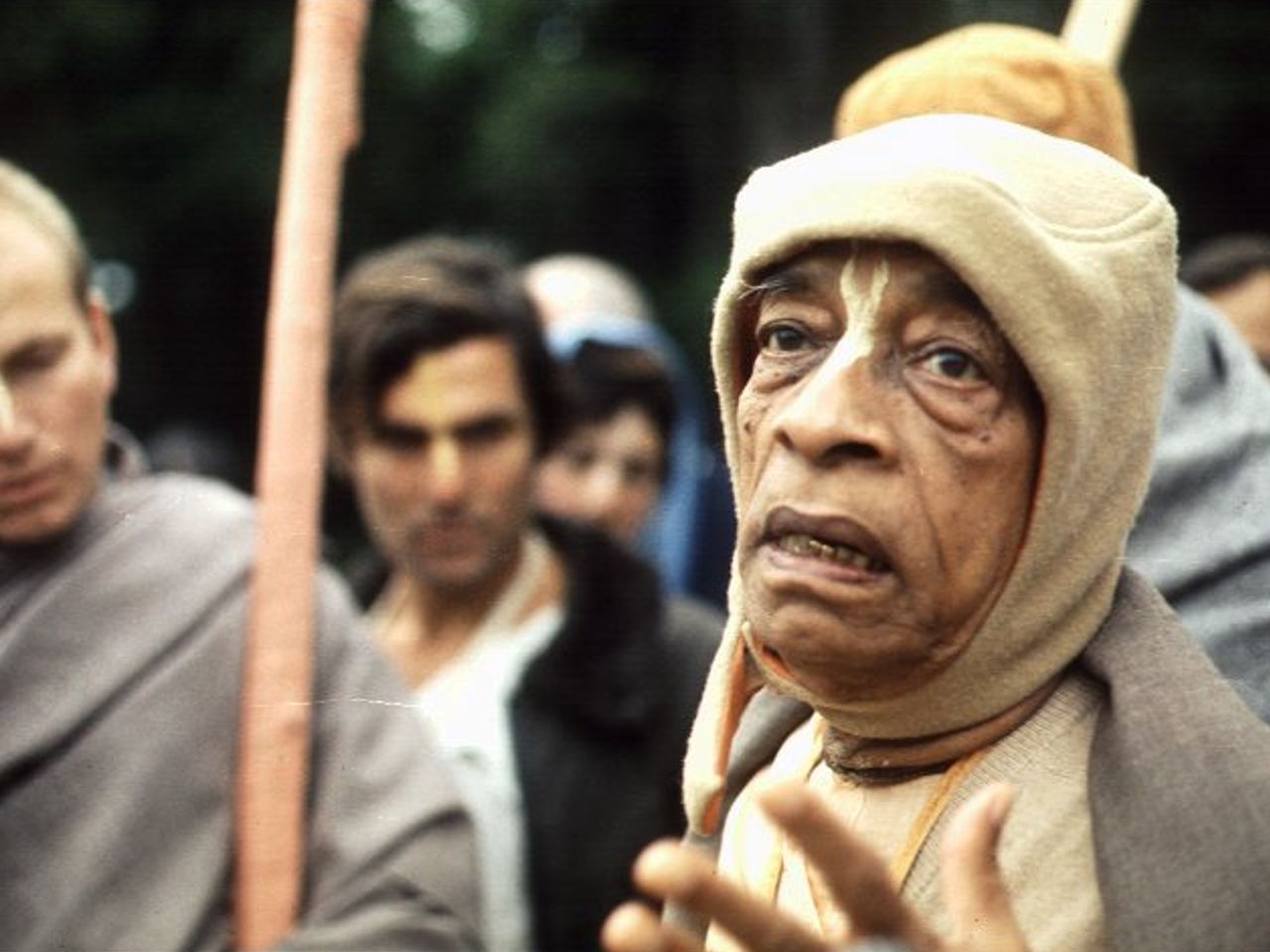 Although I was still about to be born when he arrived in New York city via steamship from Bombay, later in my teens at university in my home town of Cape Town, I came across one of his books called “The Science of Self-realization”. I then spent a full ten years, from age 19 to 29, within some of the ashrams that his students established, training as a celibate monk to meditate and become a priest, vigorously studying the ancient Sanskrit texts that he had translated into English.

So now, decades later, in my fifties, having lived a simple and retired life of a hermit and now again a monk, as I come across some of the dark and macabre events that revolved around the saint Abhay’s life, and led to his death, I wish to narrate them as best I can, lest the tale is lost and the villainy of the demonic forces that opposed him go by unnoticed.

I don’t claim to know the truth of these events or even what really occurred. Nevertheless, I wish to simply reveal what I know, out of respect and a sense of duty to the saint who gave me the knowledge that has liberated me to some degree, from the darkness of ignorance into which I was born.

By the time that saintly soul Abhay arrived in New York city in the late 1960s, he was no longer known as Abhay, but had been dubbed A. C. Bhaktivedanta Swami. Having lived a lifetime in preparation, in was in his final years, after having translated several Sanskrit texts, like Bhagavad Gita and the first volume of Bhagavat Purana, that he set foot on American soil at New York city harbor. Armed only with these books as his weapons of knowledge to combat the darkness of ignorance and the clutches of illusion, he strode forward on the mission of a lifetime.

Much happened in a relatively short space of about twelve years that he had before his strange death, upon which this tale is primarily focused. The swami, as he was first affectionately known by those who came to hear from him, eventually circled the globe by air a total of fourteen times in those twelve years, establishing 108 ashrams and temples on every continent and almost every country in the world. Of course, in those days the Soviet Union was still behind the iron curtain so although visiting there and finding students, actual centers of learning only developed there much later.

Similarly communist China was hard to crack, as were the fanatical Muslim countries of the Middle East, but in all these countries some sincere seekers on the ground took to the message taught by the swami based on the Sanskrit texts that he quoted. Yet in those twelve years that he had at the end of his lifetime of preparation, the swami achieved more than many of us could with decades more available to us.

To see such a diminutive man of small stature with English as a secondary language, attract to himself hundreds of thousands of sincere seekers, points to the potency and brilliance of the torchlight that he bore in the form of the translated Sanskrit texts and his ability to communicate the deeply profound insights that they reveal.

It was in the USA however, that agents of the dark forces that opposed him and his torchlight actually infiltrated his inner circle of students and engineered his murder, if the strange tale is anything to go by. And they had to go to India to get the weapon that could finally force him out of his physical body before all his translating work could be completed.

Indeed, our planet is and always has been, a battlefield for the forces of light and dark, who compete for the souls of mankind as well as global domination. Listen closely to coming chapters, as I recount the actual details and name the men involved in this murderous plot that poisoned Swami A. C. Bhaktivedanta to death.