No Dorai - Dare to Surf: Reason to be! (Perspective + Criticism) 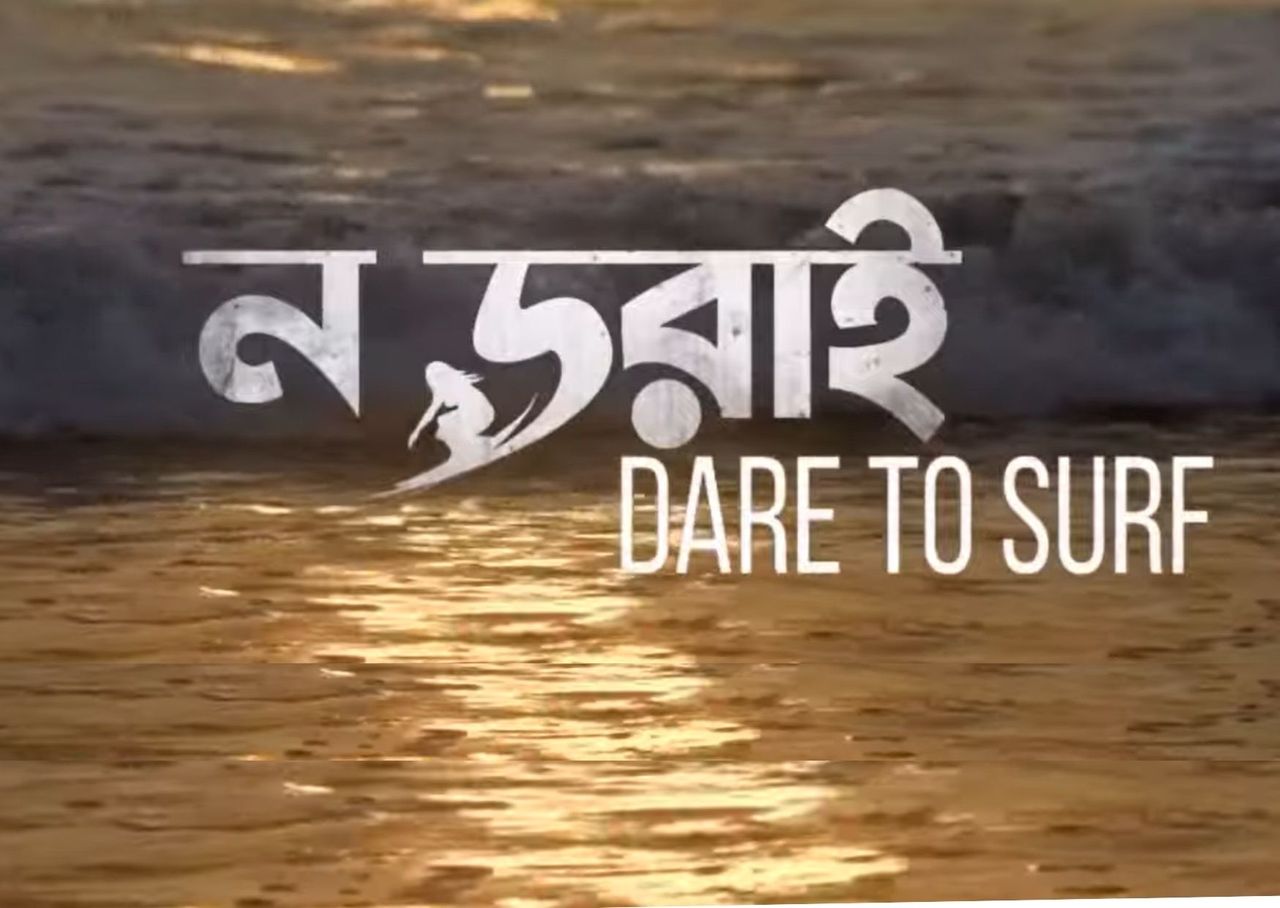 How much renowned are we about freedom? Are we free? In the 21st century, it is prominently known that males and females, both are ruling over the world. Is that so? Recently many talk about the theory of feminism and also about feminist speakers. Some understand it and some just speak with an amateur concept and some don't even understand. But, are we still clear about it? No Dorai speaks not of feminism exactly but the analysis is possible for literature students, critics and analysts. Although the film is featured in Chittagonian-language (Bengali dialect) yet English subtitles are available. So eager watchers from different dialects or languages can watch it.

Let us quote Jo Ann Arinder, Feminist theory works to support change and understanding through acknowledging and disrupting power and oppression. The feminist theory proposes that when power and oppression are acknowledged and disrupted, understanding, advocacy, and change can occur. There are few misunderstandings about this theory; this theory precisely talks about female rights, this theory influences women to take illegal actions and gives permission to slyness, females will start to think that they are invincible, they will dominate over men, etc, etc. These misunderstandings are just a few of those that I was acquainted with, there are more, you might have heard more than what I have. Some even believe that this theory charges against few religious beliefs. But, that is not solely true. I have also seen people joke about it, criticize it harshly, teasy feminists, but how do I explain to them it is not what they think it to be.

Somewhere back in 2017-2019, it was hyped that men are generally overlooked and somewhat this theory plays a major role in dismissing the role of men in society. I cannot explain how stunned I was. I could neither make them understand nor could they understand. Hopefully, as time passes people will learn more and be aware of it more. Let us take a glance at few aspects of the movie which make it too good of an imitation of real life.

Evil whisperers:
Evil whisperers always roam around in society and this aspect is a necessity to portray as it causes infusions and problems in the life of common people who dream a little bigger. This role of backbiting and spreading rumors to cause problems in others' life can be intentional or unintentional or cultural behavior, which needs to be addressed and it is also counted as a sin in most religions. Besides, even morally it is unethical. However, it is yet portrayed in the movie just too well, and therefore, it can be said it is more societal behavior that needs to be dismissed from society. As fellow members of the society least, we should not do is rejoice in the suffering of another. Causing another harm will only reflect at a time in life. This behavior is more normalized that is quite prominent and widely spread within some societies, which is now established as very normal. A stain on the character of a lady, if relevant or not, yet is deliberately uttered in society quite vividly to belittle her family and her, or more reasons are there. This movie attempts to bring light to the facts of the struggle of what a lady faces even though she has talent, even though she doesn't have a scar, even though she is just wanting to achieve what she has the ability of.

Existential crisis and fear:
A very common phrase more like ill words is termed to the young ladies who try to dream beyond their simple-mindedness. Those who attempt to go beyond still goes through crises and fundamental tortures. They are taught the meaning of "shame" in their everyday daily chores, in everything they do, in every way they tend to learn. They are nagged and belittled every time they yearn to go beyond. To make an adult understand still fear of slamming and fear of being hurt is bought from time to time, continuously. Men and women, tend to take advantage of this aspect, they tend to pressure and dominate over the weak, a very common term that brings in the perspective of play of power and many more political aspects. In this movie particularly the struggle of a lady whose family is poverty-stricken is portrayed but any and every human, who can relate to her and understand her struggles and take them as stepping stones can emerge, I believe.

The portrayal of piety and shaming:
Shame is commonly put side to side of marriage. It has been so much into the system that the ones who emerge from it by overcoming, get too out of track and the fear of this is instilled in the rest of them. This constant nag of being piety, being shameless, being too much, staying under the limit, being extravagant, all connect to the mindset of an individual that is portrayed in the movie. Some are just watchers, some are just saviors, but in the end, all are bound to a limit which is determined by the society one lives in but eventually one gets to realize what and who matters. The role of piety is redefined in this movie, which is a very unique amazing aspect, I would say.

Role of eagerness:
One who tries succeeds. The role of the protagonist male, his attempt to rise, to be known was quite prominent. He was an eager character. He didn't have dreams, he didn't have directions, he was lost and each time he had motive so he emerged. The moment he lost his motive, he lost his way. It is quite easy to get derailed is another aspect this movie portrays. Yet again, direction and willingness to survive are two quite important aspects his character circulates.

Drive of passion:
Humans are known to be the best creation. We, humans, dive into something, dive out of something quite easily or face quite a difficulty to overcome or subdue. This role that we play, the character each of us portrays is too diverse even though many similarities can be found. The driving force for many of us is passion. The driving force to move, live, and continue to do so. The willingness to continue is generated from a driving force. This movie explicitly introduces us to willingness, passion, and the urge to keep on moving. These aspects may or may not be relatable to many but it captures few important aspects which pinpoint the importance of passion in one's life. But again, passion is different from obsession.

Friendship:
No Dorai portrays an amazing bond of friendship. Where ever friendship was involved one overcame obstacles and emerged. A key notion of this movie for me would be the importance of friendship. Also, this brings in the perspective of good people. Friends are never evil, the ones who are, they are not friends. A very simple aspect and a very simple way of saying it. I know that it can be a complex subject but that is how we form it. Real friends will always find a way back to you. This is one of the concepts of the movie that I liked a lot. A wellwisher is always a wellwisher; friends.

Reflection:
After watching this movie, I was confirmed that my insecurity about how women are still dominated by men and women in the 21st century is quite relevant. In one of the programs of my university I was the host, it was a program held on 8th March 2021, International Women's Day. Before the program began, I was asked to form 10/15 questions for the guests regarding the Emergence of Women but the questions I upheld, half of it was rejected by the officials who later criticized me for being backdated as my questions revolved under the struggles and similar to the struggle of the protagonist of No Dorai. At that time, I felt down but also up, while assuming that maybe I was the only one who thought women are still struggling and facing harsh environments. However, after watching this movie I rested assured that my thinking wasn't backdated but the officials thinking was of the future, something they look forward to. Although, I did wish for theirs to be true.

My main motive in this piece is not about women actually, it is about being mistreated and the power of overcoming. It is about friendship, it is about struggles, it is about the never-ending battles and the final emergence of oneself. In this movie, even the male protagonist faced betrayal (sort of) and his emotions were quite unstable too. The struggles which he faced to rise cannot be dismissed. His presence in the movie gave rise to the female protagonist and also highlighted the perspective of friendship. Friendship is a piety relationship, those who demeanor or play with it, barely understand the meaning of it enough.

This movie was too good for me to just stop by giving a small description or perspective, so this became too long. This was my first Dhallywood film of this timeline. One of the songs of this film captivated me, Jontrona, so I longed for watching it. I spent about 3 days actually, fixing my emotions to be able to pen it down properly. I hope you all enjoy reading this and those of you who already watched, I hope you can relate and the ones who still didn't, you CAN give it a try. I will highly encourage eager writers to share their perspectives about this movie which may differ from my perspective and readers might get another glimpse of the same version but in a different light.