It's Halloween Season! That means you should be watching a horror movie every night until the big day! Today I'm starting a 4+ part series featuring some of my favorite Halloween films throughout the last few decades. We'll start this Halloween Fright Fest from where it all began for me. The 1970s.

While many film fans would claim the 80s is where horror films skyrocketed to popularity, it was the 1907s that laid the groundwork. Horror directors in the 70s broke traditional film rules and gave the horror fans something truly magical and never before seen on screen.

The films in the 70s went all out. Real, visceral violence, gross-out gore, and disturbing imagery filled the big screen for the first time. Rewatching some of these films I'm amazed at what they got away with. Many of the grindhouse or B-movies in the 70s would surely receive an X rating compared to today's horror films.

Of course, some of the R-rated films in the 70s seem tame in comparison to today's horror films. Oh and there may be spoilers below. But seriously these films are from the 1970s, so if you haven't seen them yet just go watch them. Every film on this list is worth a viewing for any horror fan!

Thanks, HBO for Warping my Youthful Mind! 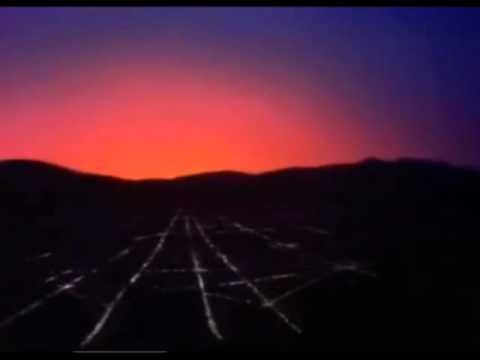 While I was way too young to see any of the horror movies on this list in the theater as a kid, I was lucky enough to have HBO in my home in the early 80s. As an 8-year-old, there was nothing more exciting than seeing the above intro play on HBO after 8 pm on a Friday or Saturday night! It was time for action, comedy, sci-fi, adventure, and horror.

My parents were pretty OK with us seeing any of the R-Rated films on HBO. Looking back, many of these films could honestly be PG-13 now and most kids would be fine with them. Of course others, Woah. Some 70s movies are f@cking gruesome.

There are countless ways to do this list but I'm going to try and remember the films from the original viewing. As a kid, these films scared the sh!t out of me. Some still do. 👻

Anyways, today we're going to go over 5 of my favorites. From cult classics to blockbusters here are 5 gruesome 70s Horror Films that you should watch this Halloween season! 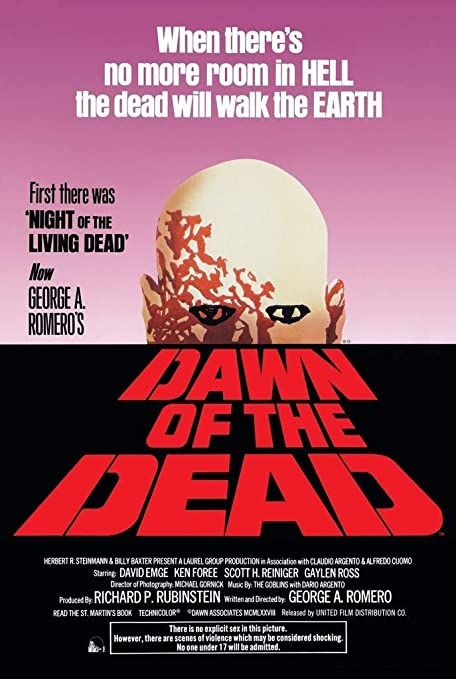 Even as a young kid, I never thought Dawn of the Dead was that scary but the movie sticks in my mind. My cousins and I would dream of the day we got to live at the mall and kill zombies all the time like in Dawn of the Dead.

I still love this movie and watching it as an adult you realize it's more than just a Zombie flick. But as a kid, all I wanted to do was run around the mall, eat at the food court, and kill those damn zombies!

Dawn of the Dead is a great addition 1st addition to the list of Halloween Fright Fest films.

Fear Factor: 4/10 🎃🎃🎃🎃
Can kids watch this: Yes, kids today will be fine watching this.
Does it stand the Test of time?: As a horror film no. As a campy horror film that has something to say about society, hell yes! 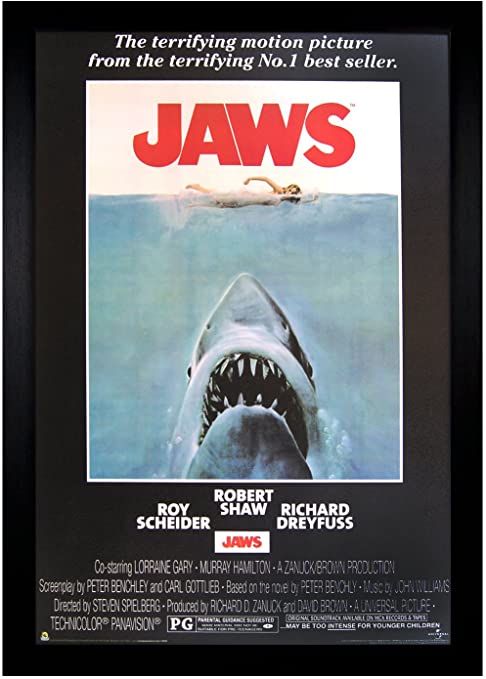 Jaws might be my first real memory of a film that I saw in the theaters. We were on vacation in Cape Cod and literally went to see Jaws at the drive-in theaters! So yeah I was totally terrified to go back in the Ocean for the rest of the trip.

Jaws set the precedent of Summer Blockbuster films and are still an amazing feat of movie production. Rewatching it still gives me chills while waiting in anticipation for Jaws to attack.

Fear Factor: 6/10 🎃🎃🎃🎃🎃🎃
Can kids watch this: This might be a little scary for most kids
Does it stand the Test of time?: Yes, Jaws is a cinematic masterpiece that any film fan should enjoy. 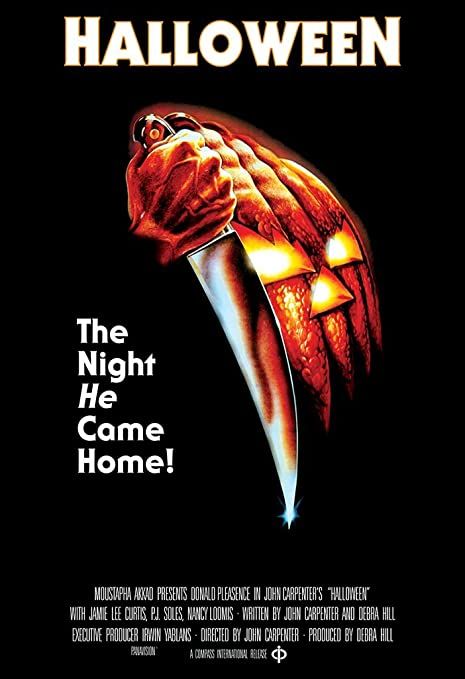 While John Carpenter didn't invent the slasher film, he perfected it with Halloween released in 1978. On a budget of only $325,000, Carpenter advanced horror cinema to new heights. Grossing over $70 million, Halloween was the most profitable independent film of all time until the 1990s when Blair Witch was released.

I still remember hiding behind my mom on the couch and screaming to this day every time I watch Halloween. While rewatching this film you may notice it's not extremely scary, back then this was nightmarish. The thought that someone could be silently hiding behind any door in your home was terrifying.

For today's standards, Halloween really isn't that scary but is still filled with jump scares and a ton of murder.

Fear Factor: 7/10 🎃🎃🎃🎃🎃🎃🎃
Can kids watch this: Your kids will be up all night checking the closet for Michael Meyers
Does it stand the Test of time?: Not really. The film is drawn out and honestly not scary for adults but back in the day I don't think I've ever been more scared. Invasion of the Body snatchers has a stellar cast including a young Jeff Goldblum, Brooke Adams, Veronica Cartwright and Spock (Leonard Nimoy).

While there's minimal violence and gore, this film will have you on the edge of your seat throughout its runtime. If you're not anxious and scared while watching, you might be a superhero.

Invasion of the Body Snatchers is also one of the rare occurrences that a reboot is leagues better than the original. Don't miss out on this legendary piece of horror cinema.

Fear Factor: 9/10 🎃🎃🎃🎃🎃🎃🎃🎃🎃
Can kids watch this: Either your kids will be scared or bored out of their mind watching Invasion of the Body Snatchers
Does it stand the Test of time?: YES. The story, special effects, and acting are top notch and have stand the test of time. I'm sure this film needs no introduction. Alien is a masterpiece of filmmaking. You will fear for the lives of every crewmember of the Nostromo during this film. The special effects were state of the art and hold up better than most CGI-based special effects of today's horror films.

While it may not scare as well as it used to, Alien is still a must-watch for any horror aficiendo.

Part slasher film, part haunted house, part sci-fi thriller, Alien is still the best horror-in-space film ever made. If you haven't seen the original, stop reading this article and go watch it NOW!

Fear Factor: 7/10 🎃🎃🎃🎃🎃🎃🎃
Can kids watch this: There is some pretty intense violence and the imagery is extremely adult in Alien
Does it stand the Test of time?: YES. Alien is the film that all other space horror and cosmic horror films should be judge against.

What are your favorite Horror Classics from the 1970s?

I'm sure I left a ton of amazing films off this list. I wanted to stick to films I actually saw in the 70s or early 80s as kid for this listing. So if your favorite isn't on the list, I'd love to hear about it. Don't hesitate to comment about your favorite films, especially if they are obscure or cult-classics.

Thanks for Reading and Have a Spooky October!

I appreciate everyone who takes the time out to like, comment and read my posts. I hope these films can give you some spine-tingling chills before Halloween arrives!