Celebrating Birthday: a Menu that Never gets Bored at Twin Star! | Last August 2021 I had a birthday that was not full of surprises. Friends at work suddenly invited me to eat at Twin Star, an upscale restaurant for the scale of Lhokseumawe, the number two city in Aceh, Indonesia.

I'm trying to remember how many times I've eaten at Twin Star. Since the restaurant came into existence, I have eaten here no less than four times. Am I bored?

The answer is no! When looking at the menu list, too much food here and I haven't tried them all. Let alone everything, about 20 percent of the types of food and drinks available I have never tried. So, I had to try coming to Twin Star a few times.

This time, orders at Twin Star followed the tastes of friends who attended my birthday. However, there are also orders that we will enjoy together such as mushroom steamed fish. I also like mushroom steamed fish because I really like mushrooms and when it's cooked with steam, we can douse the rice with steamed gravy. This will make the rice slightly soggy and the aroma more appetizing. However, not everyone likes mushroom steamed fish. So, there was also my friend who ordered fried fish with spicy sauce. Visitors can order the type of fish and the size according to their needs. If you want to eat it in large quantities, you can order heavier fish.

Although the name is fried fish in spicy sauce, it's actually not too spicy on the tongue. The sauce is just right spicy and suitable for all tongues, even for culinary connoisseurs who don't like spicy food.

For vegetables, we ordered stir-fried kailan and beef kailan to eat together. There is also capcai which tastes never boring. I remember once I ordered stir-fried kale at Twin Star. This time we wanted to experience something different. In the past, I also ordered the salted fish bean sprouts which taste is also hard to forget. This time, too, someone ordered salted fish bean sprouts.

For drinks, the choice is very much depending on taste. But what makes me happy, at Twin Star is also available kiwi juice. In a city like Lhokseumawe, it is not easy to get kiwi juice. As I recall, I'm new to Twin Star and tomyang Azzahwa which I've also posted a review on here at @foodies. 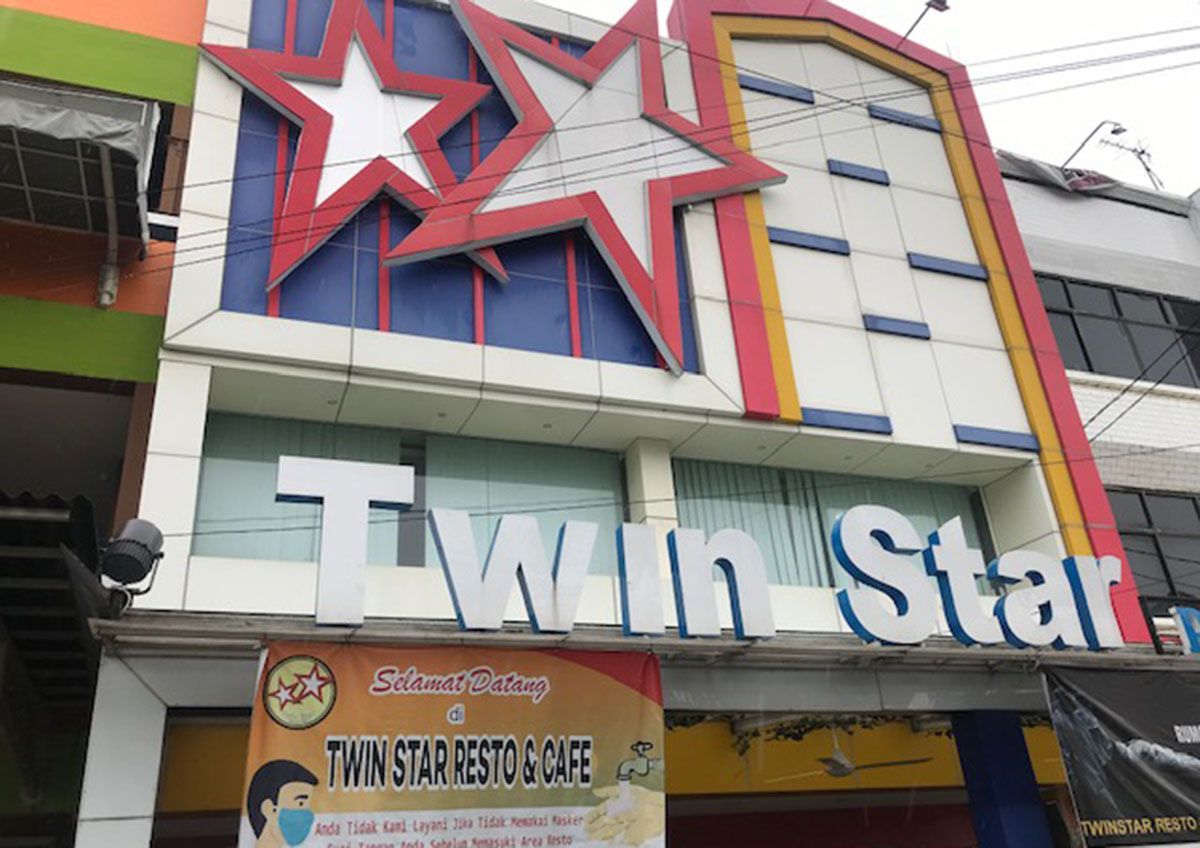