This has been a pretty hilarious week for fake news from the mainstream media who really shouldn't have that first part of the word attributed to them for much longer if things work out the way they should. Joe Rogan, who has the backing of exactly zero news agencies has dominated the major news networks as far as viewership, exposure, influence, and of course, money is concerened.

CNN is a friggin joke these days and it comes as no surprise to me that after Joe Rogan went to Instagram to talk about how he got Covid and recovered, the two biggest blowhards for CNN came about to attack him and try to make him look bad. I think that basically everyone that works for CNN is completely full of shit and isn't a journalist at all but if I had to name the top two biggest jerkoffs that work for the company it would be Brian Stelter and Don Lemon. It wouldn't even be close. Anderson Cooper is at least likeable and puts on a front to at least appear objective and Cuomo, well we all know why he is there so we can take anything he says with a grain of salt. He isn't likeable but at least we can look at him and be like "yeah, you have a job because of nepotism.... nothing wrong with that."

Brian Stelter and Don Lemon, whose ratings are in an absolute nosedive at this point decided to join forces to talk about how Joe Rogan hasn't yet joined them in encouraging everyone to get vaccinated and how since he has so many followers on social media he should feel a sense of moral obligation to tell people the truth.

The only time that CNN even talks about Rogan is to try to piggyback on his fame to get some of his viewers to listen them which will never work because the Rogan fans (and I'm one of them) absolutely hate the likes of Stelter and Lemon. 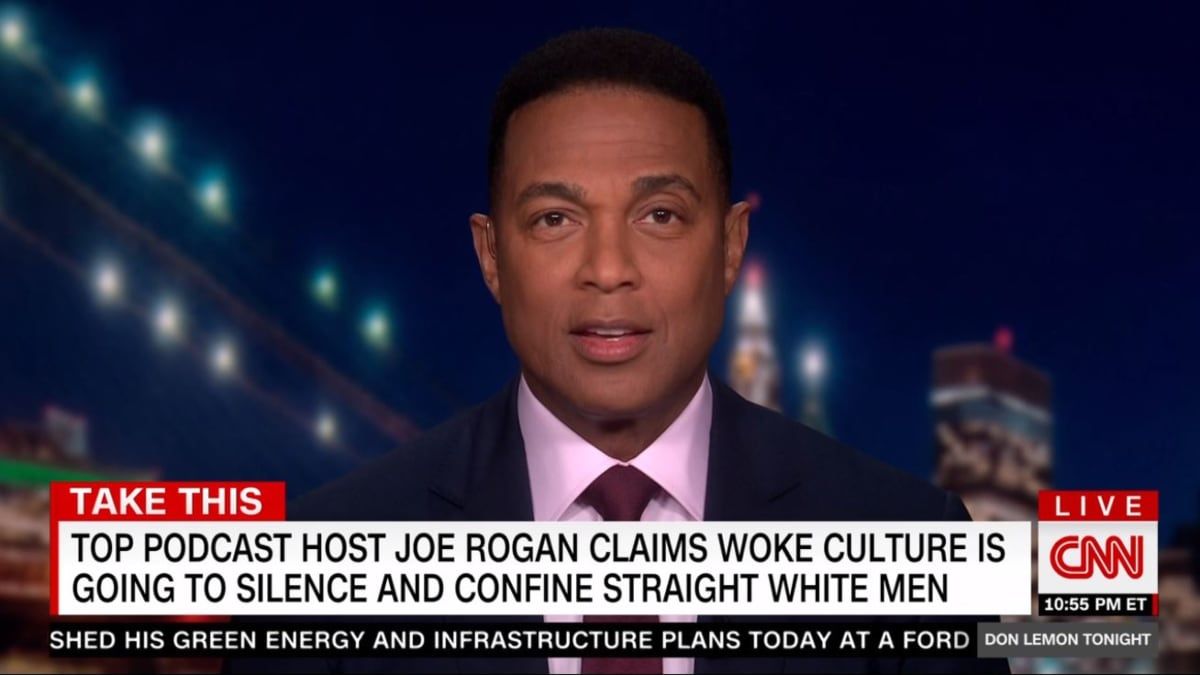 So when Joe Rogan revealed that he had caught Covid and recovered from it by using something that wasn't the vaccine the two biggest assholes that CNN has got together and tried to make this pathetic and to be honest, just sad combo claim that Rogan needs to be more "honest."

That is really rich coming from anyone who works for CNN. Almost nothing they say on CNN is "honest" including and especially on Brian Stelter's show Reliable Sources which is ironically, quite possibly the least reliable news show on television. I watch it from time to time just to see how absurdly not reliable it is going to be. 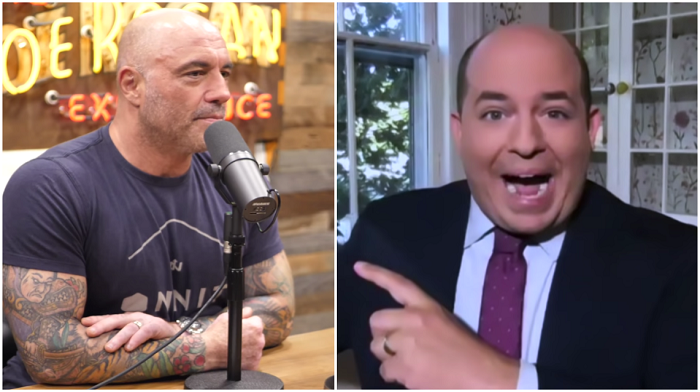 To Rogan, Stelter and Lemon are basically non issues. Joe became as big as he is by not having a handler and actually being able to have an opinion that is his own. What do Don Lemon and Brian Stelter actually stand for? We'll never know because they are restrained by CNN's whims and guidance. Joe Rogan has built his empire based on his own feelings and has no masters. The studio is in his friggin basement for crissakes. He also, on his own, gets about as half as many "views" - whatever the hell that means - as every single CNN host and show combined.

The fact that CNN would select Stelter, whose viewership is in freefall, and Lemon, who is doing just marginally better than Stelter to join forces to try to decry a man for being "dishonest" when he is describing exactly what happened to him is really rich. There is no honesty at CNN at all and I think everyone knows this. This is why their numbers are in the tank and Joe Rogan's are skyrocketing.

You could say that they latched on to Joe to try to get a reaction out of him so that they will be mentioned on his show. Well, I certainly hope that he just ignores them. Rogan already mentioned Stelter's show only to say what we already know.....

The market has spoken and your show is fucking terrible 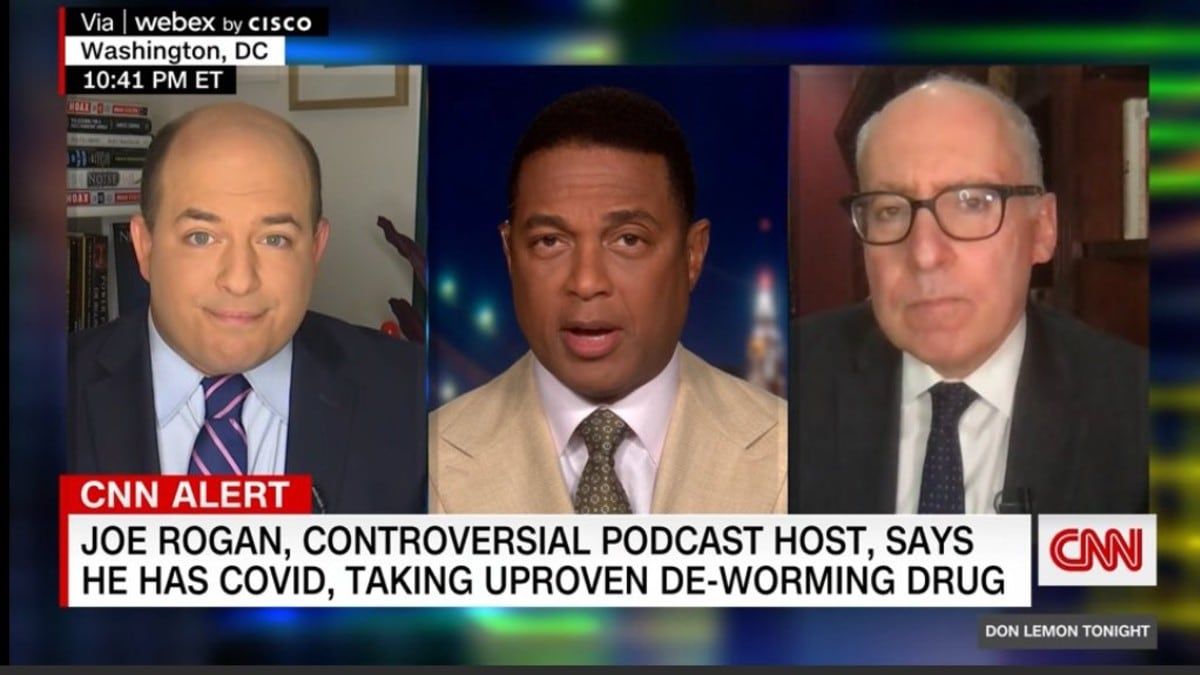 I agree with Joe, and putting Lemon and the big fat clown Stelter in as a tag team to try to get Joe to be more "honest" is just absurd. It's like CNN doesn't even care anymore which is probably true. They are in the tank, they are getting their asses handed to them by almost all other networks and basically nobody likes them. Without Trump to complain about they have nothing left.

Rogan's numbers continue to climb and CNN's continue to fall. I sincerely hope that Joe Rogan just totally ignores them and moves on, these two partisan dicks don't deserve your attention and are merely trying to get a rise out of you in order to try to improve their absolutely embarrassing numbers.