Young Ducks at the Lake

Here are a variety of young ducks at the lake. 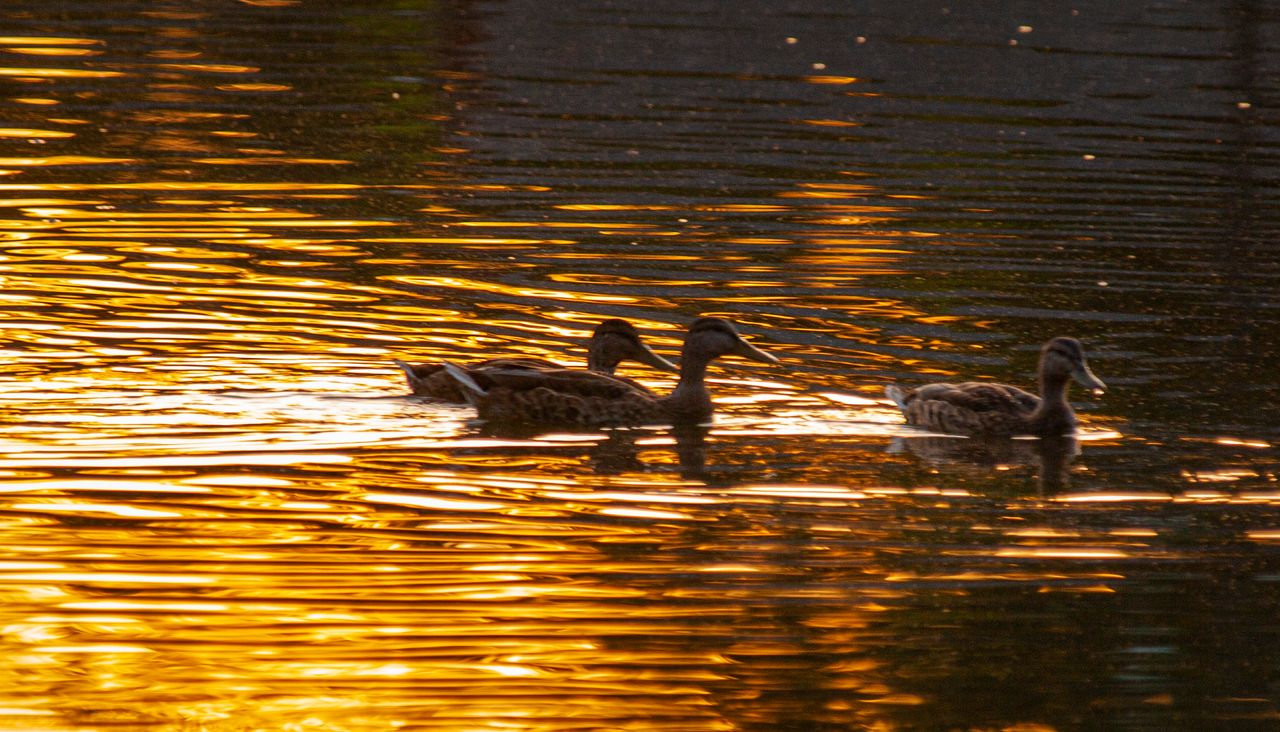 The lake has many different aged ducks right now and they all seem to gather here during the evening.

This batch was the oldest and their feathers were mostly fully grown in. 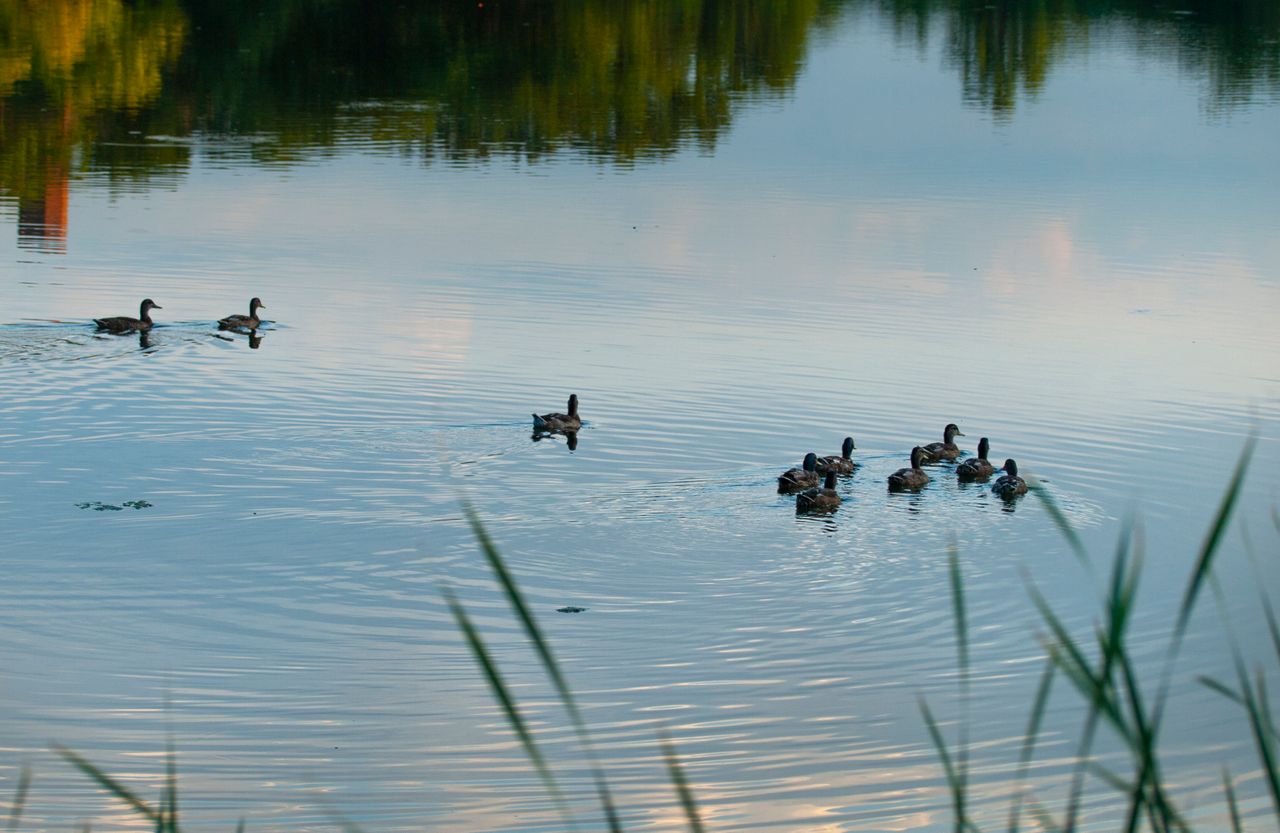 Here they are from a different view. I suspect they are all part of the same family. 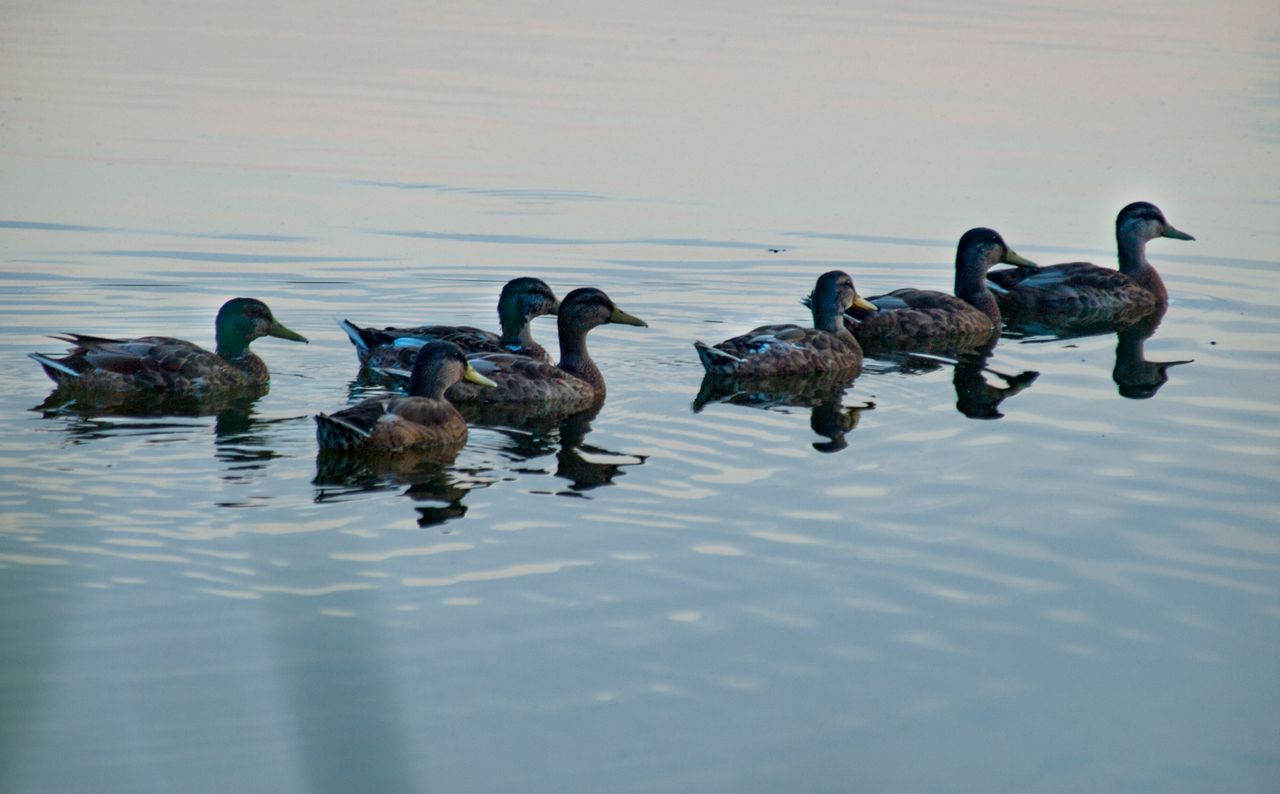 This shot shows some of their spotty feathers that aren't fully grown in yet. The males aren't fully teal headed yet. 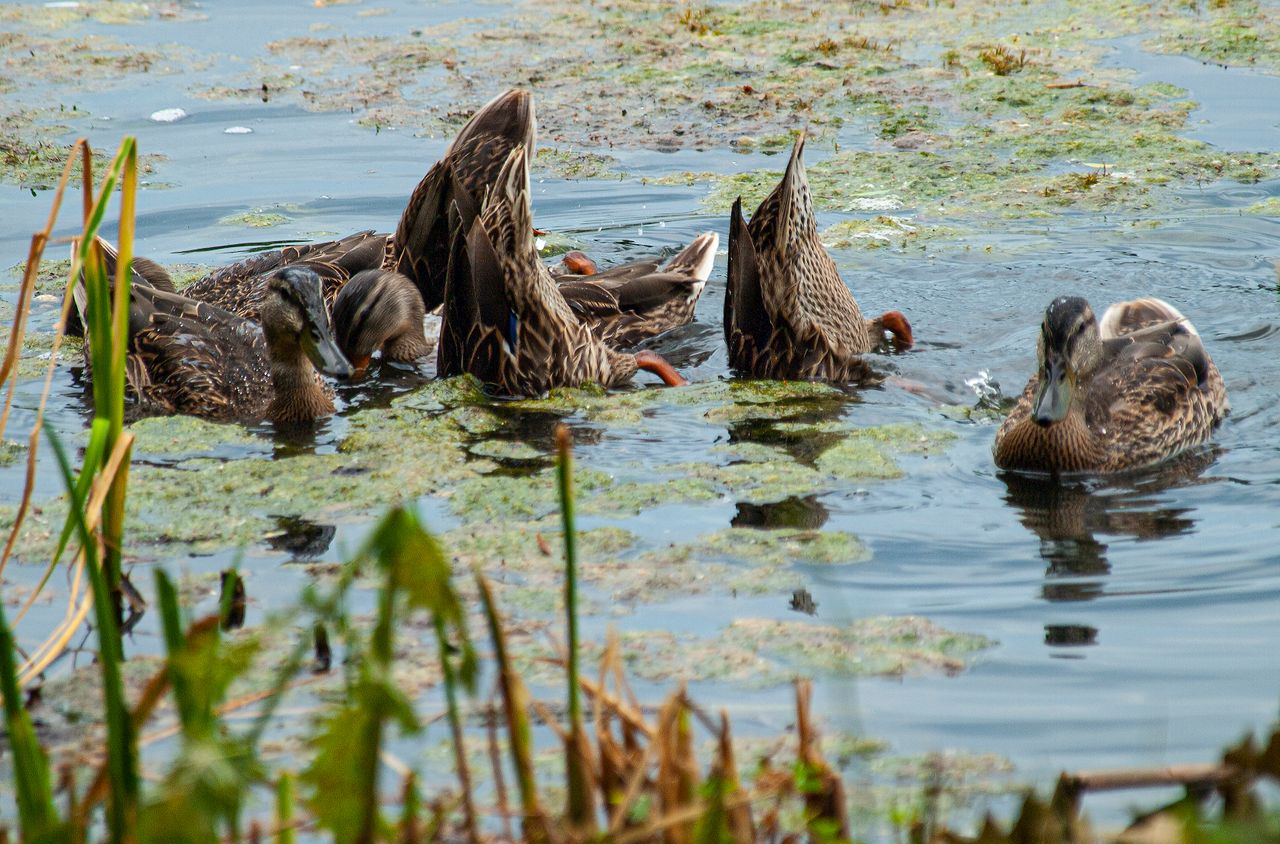 Here is another group of young mallards. These guys aren't quite yet full size. 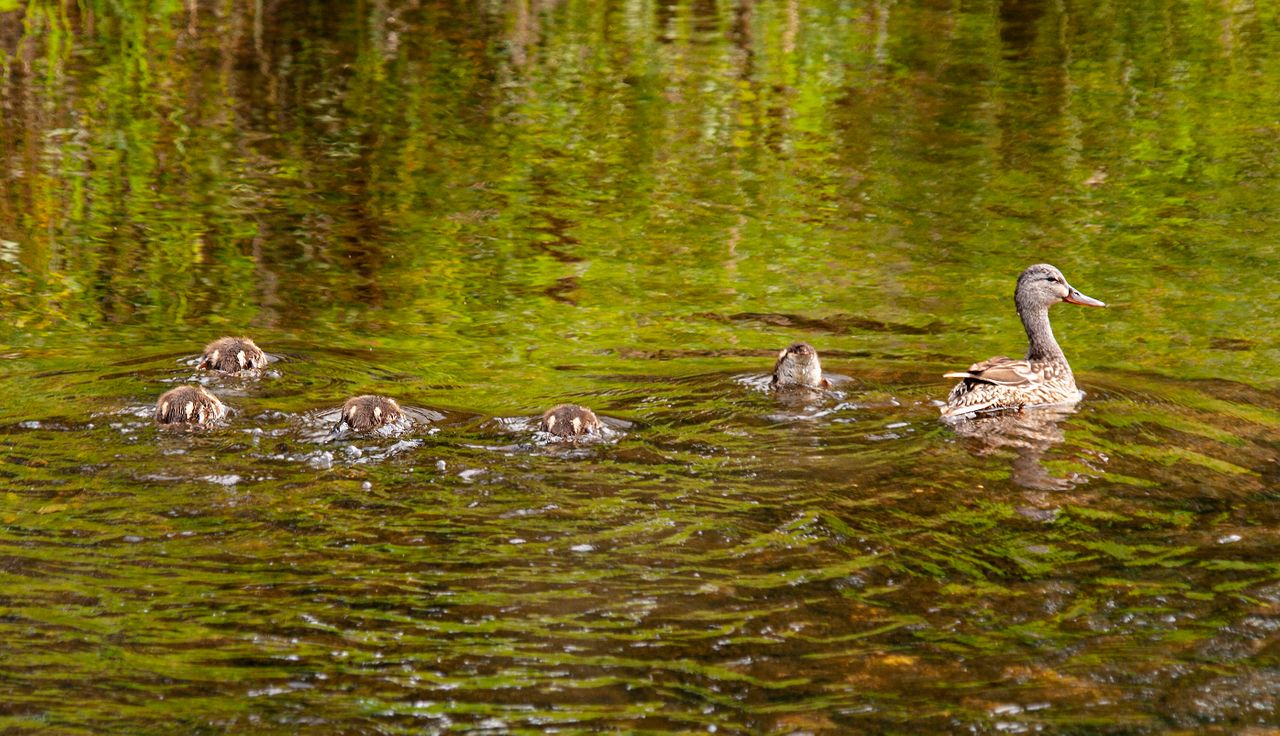 Here is a newly hatched batch feeding off algae in a shallow area of the lake. 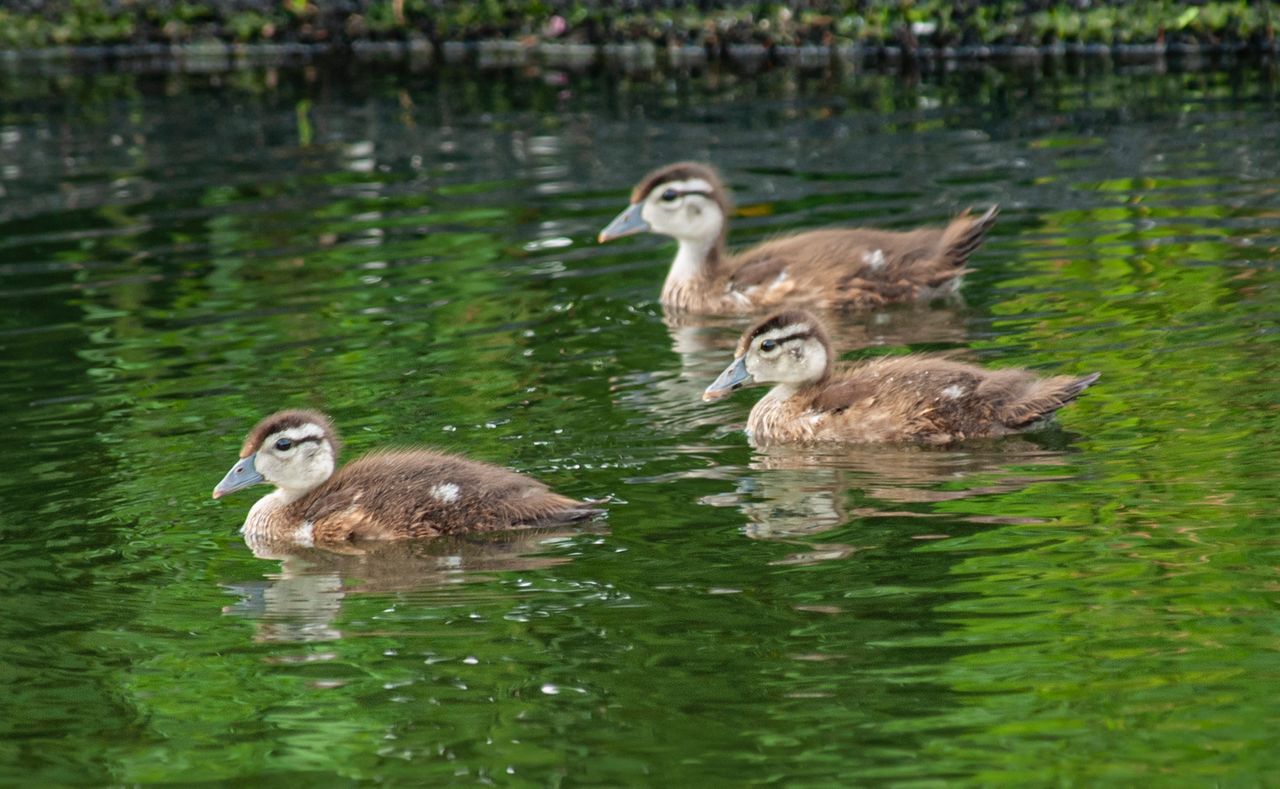 I also noticed some medium sized wood ducklings. I didn't see their mother around but she might have been hiding in the weeds. Note how their eye stripe doesn't connect to their beak. 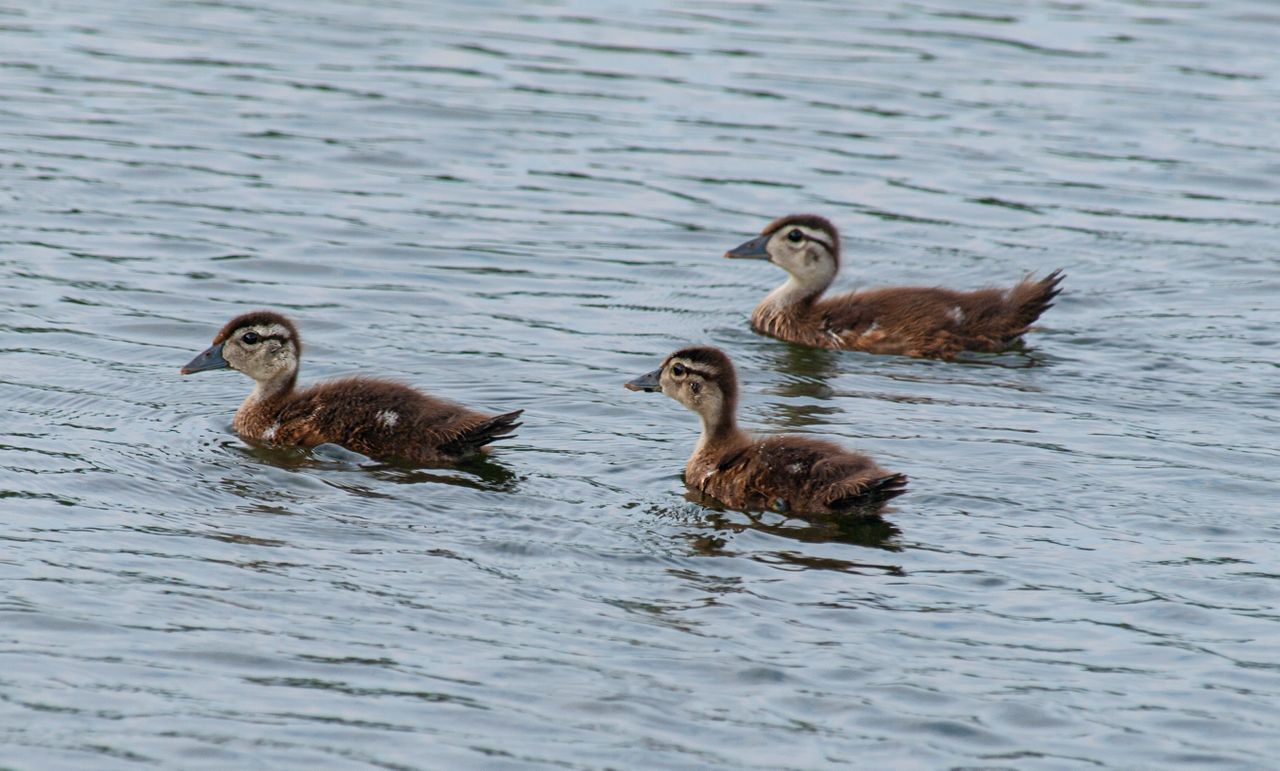 Hopefully these little guys aren't on their own at this age. They are still about halfway to full size. 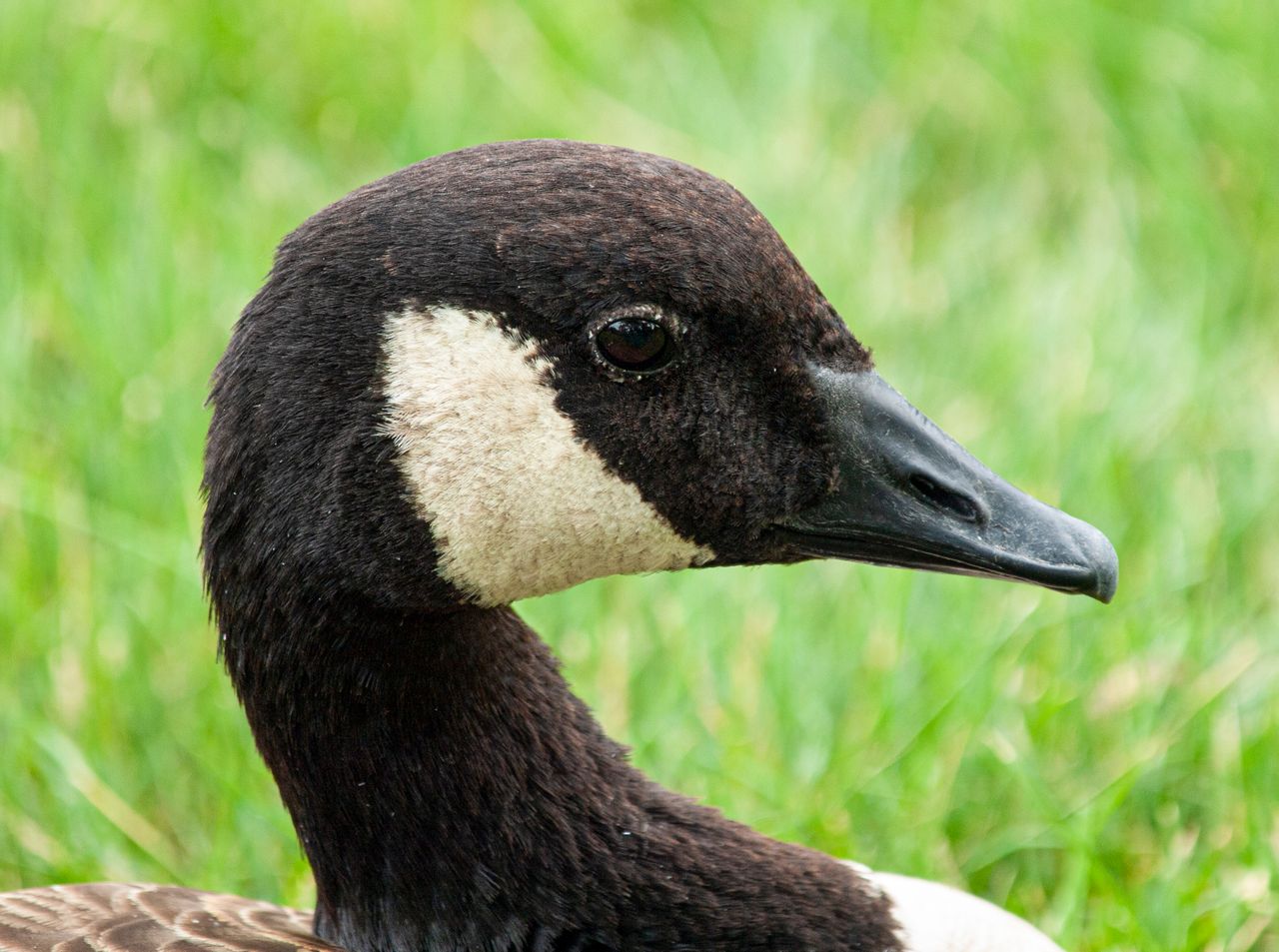 On the bank of the lake I visited some of the almost fully grown Canadian Geese. This one still has about 15% more to grow and all its coloring has filled in. It still made whistling gosling sounds though probably hoping I was there to feed it. Once they become fully grown they start hissing at you instead. 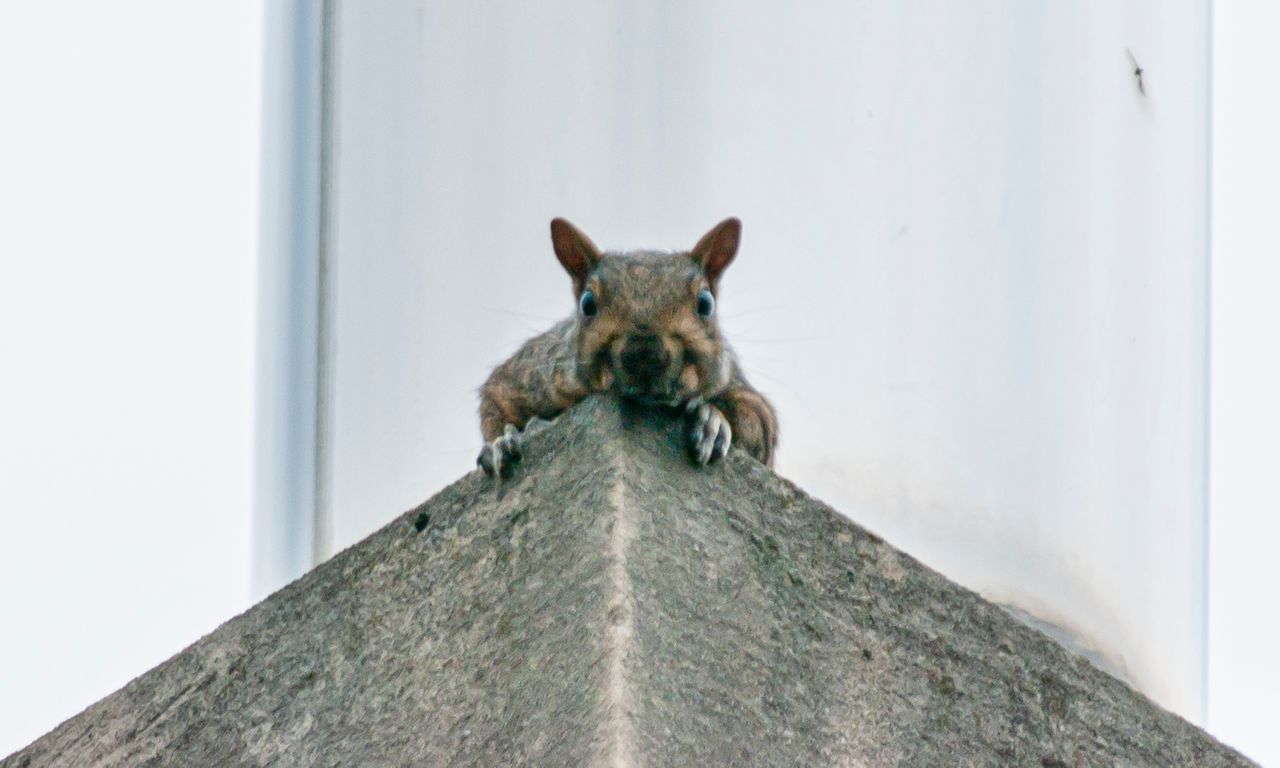 Now I have become the observed. When I got home I felt something watching me and saw a little squirrel head high up on the building looking down at me.