Family of Spoonbills enjoying the first sunrays of the day

Finally I returned from my bird photography trip in Lower Austria and the Burgenland, and I am happy that I was able to take several pictures of birds and some species even for the first time. I still have to take a deeper look to the pictures but one of the most interesting birds there were the spoonbills in the early morning just after sunrise. We got up early to get to a promising place on time and we where lucky to find these beautiful spoonbills enjoying the first sunrays of the day in the shallow water. 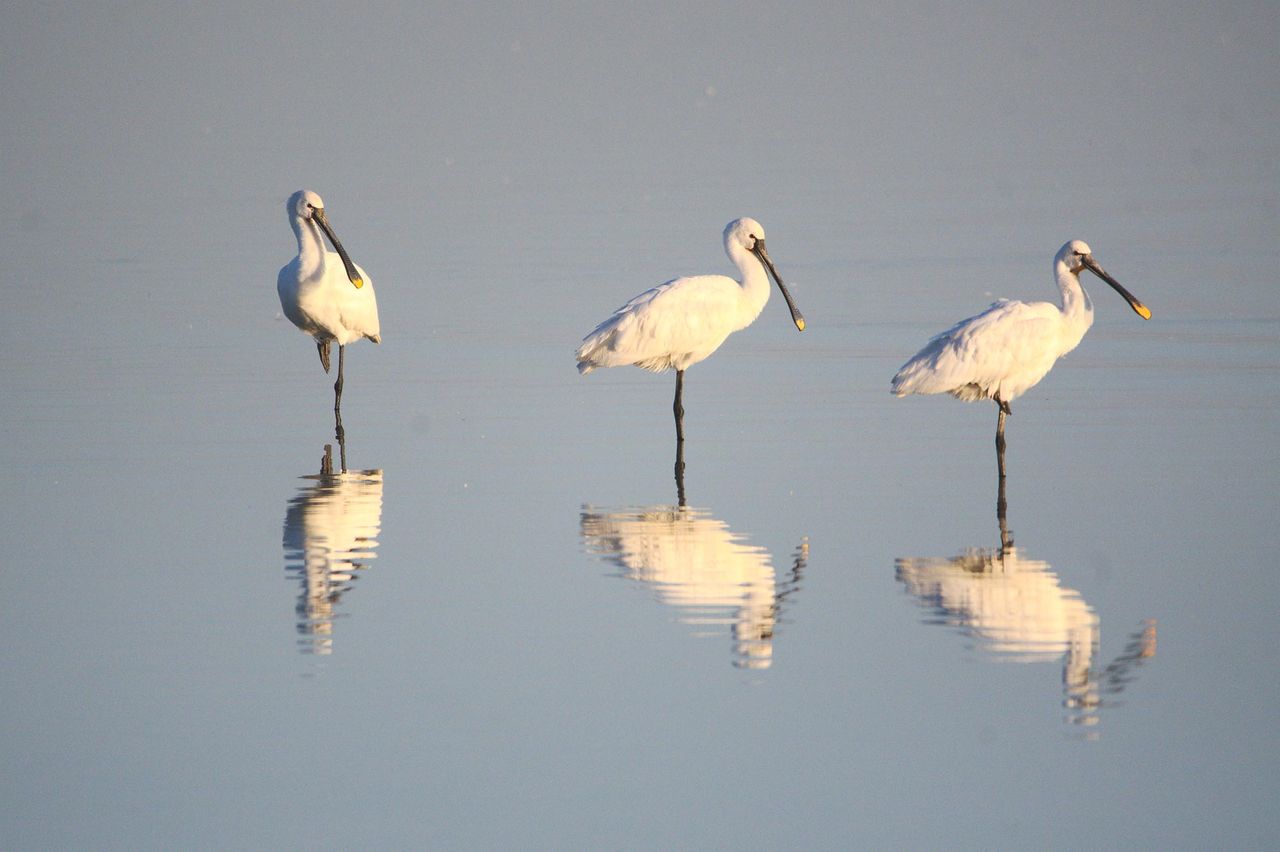 I was very happy to have such great light conditions for taking these pictures. I really like how the first sun rays still have that little of yellow color. And also the overall quality of the pictures is much better when having these good light conditions. No harsh light, still very soft light that is perfect for photography. There were not only spoonbills but also some smaller birds that I also took some pictures of, but I will show you these in a future post here on Hive.

In the group of the Spoonbills there was also a young spoonbill that was constantly begging for food. But the parents refused to give it some food since it was probably old enough to find some food on its own. 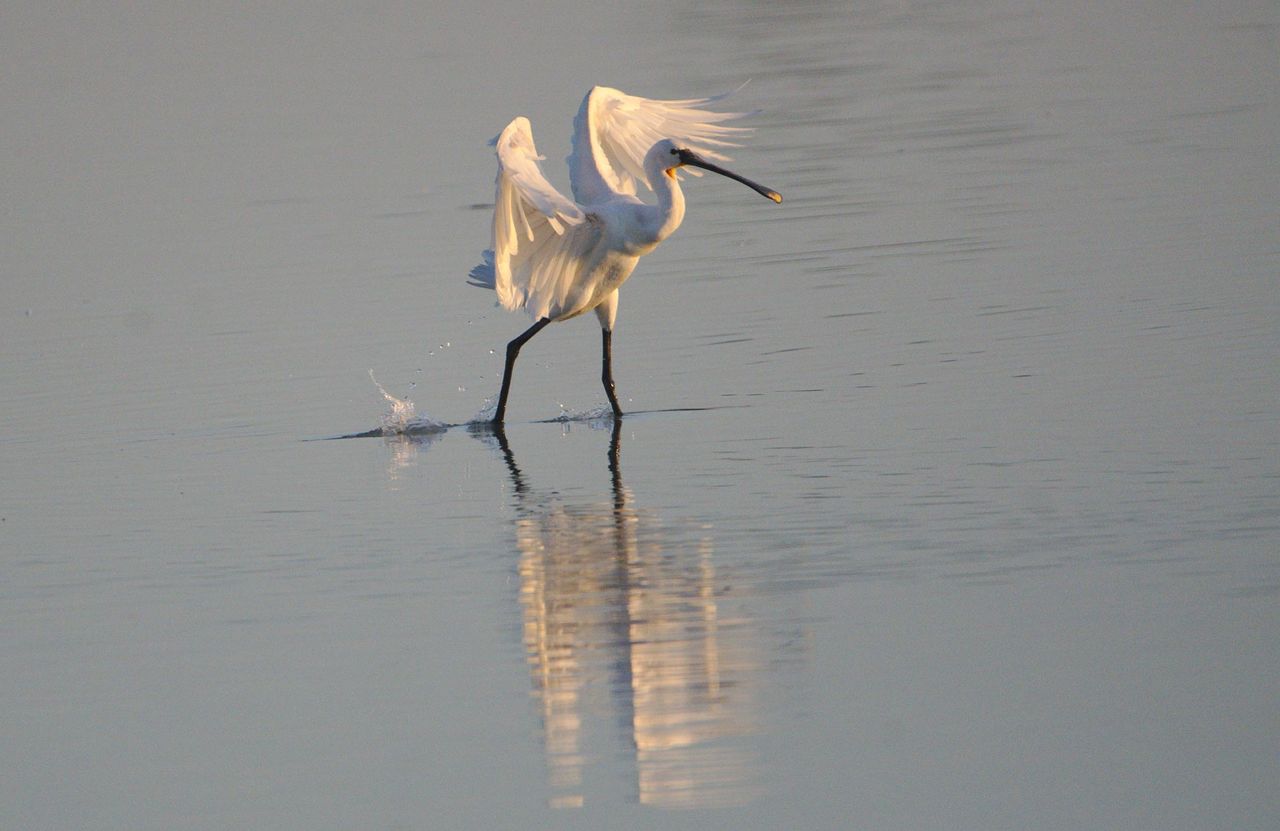 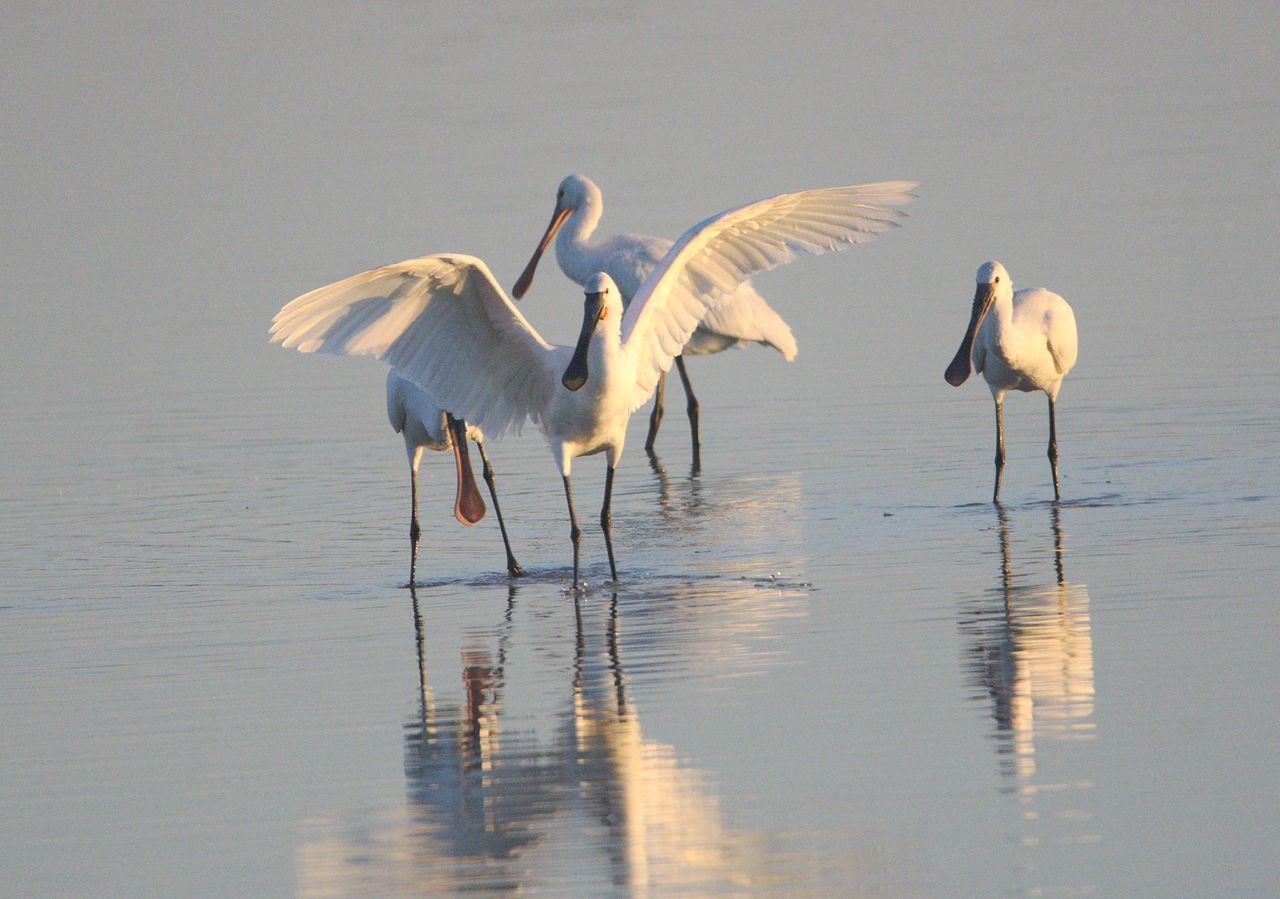 A group of Spoonbills in the shallow water. Picture: Florian Glechner. 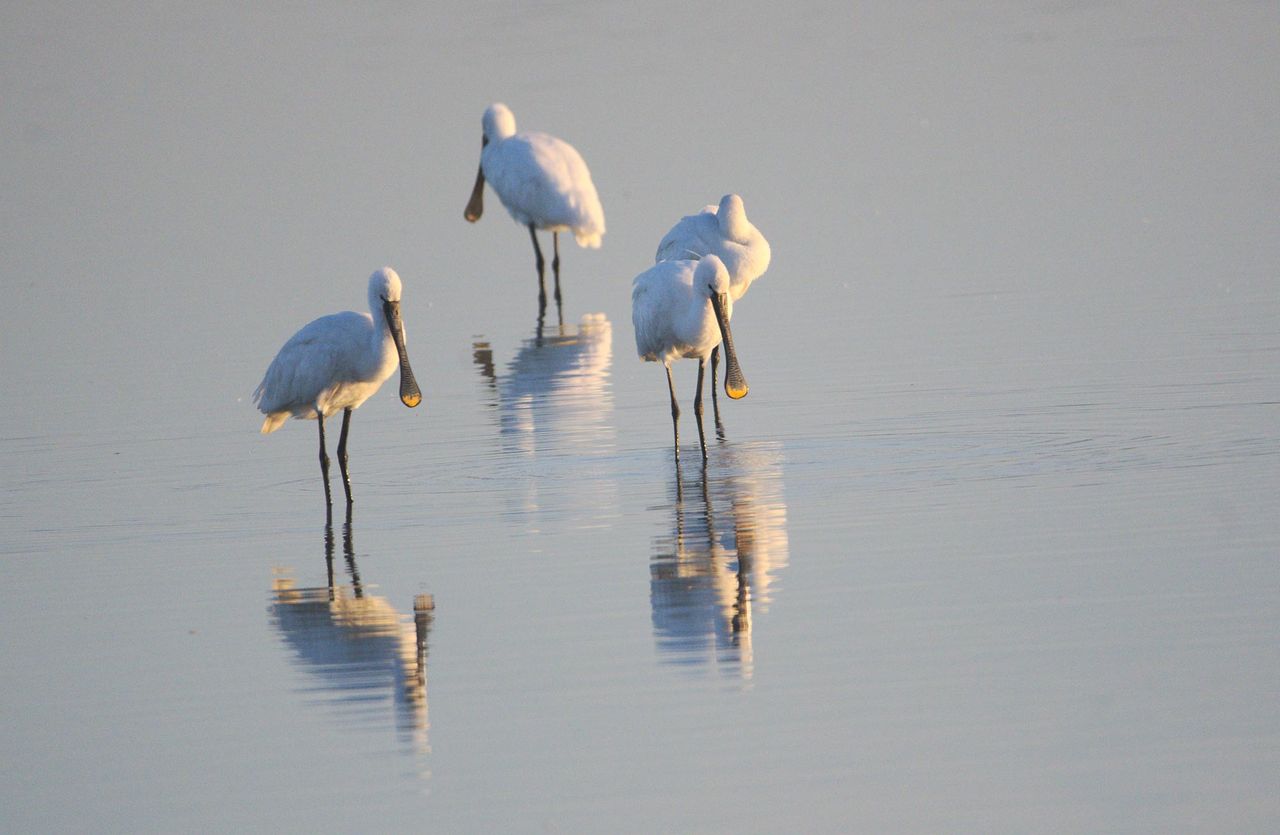 I like their reflections in the water. Picture: Florian Glechner.