Introduction for this new 1up tribe, Written by a washed up druggy and at best a "has-been" in the world of Play2Earn Gaming

Good day young ones! Good day, gather around and listen to me!

Well, I have a story to tell and an introduction to make so i will get right to it and prsent this new banner made for me by the talented @amanda.yrr (She is as i write this currently hosting a giveaway of an avatar) (as well as if you want a banner like the one belove or any graphics work done, from scratch by hand.

I mean it, think of any 2 things.... yeah she can draw those two things f**cking, she´s that good, went too college and all!... oh yeah, i´m a big fan and promoter, since i am her fiancé after all.

I´m pretty proud too, since well, she is quite complementary on my looks, i am much more like a rather old potatoe that´s rolled down a hill, but well. i aint complaining there. But why play too burn you ask.

Well, like i said, this is by n means my introduction to the HIVE community, i started out here in March 2021 and found the blockchain while looking for something obscure on the interwebs one night. I immidietly started "playing" a simulator play2earn game on here and that is the amazing #dcity.

I was going through a rough patch in my like when i came across the amazing DeFi platform that the game really is. I had ZERO money and was living at my then ew girlfriend @amanda.yrr s house, and she deposited some funds, and i DOVE HEAD FIRST IN! we were, and are "dirt poor" on Icelandic standards, it´s not that bad, but food and shelter have been problematic for me the last 10 years.

Anyway o GRINDED thr game, watching the markets, making all small moves compounding cents and building my city, i couldnt compete, and still cant with the "founding fathers", but i got up there. And like my style, i started punching above weight and ran for president.

All in all i have served 3 terms as dCity president, and many thurough MS paint analyzeses proof that during these times the games economy has blossomed, as well as new players flocked in, players that actually stayed....

As you can see, i ran a militarized police state, i advocated burns, you wouldnt remember it but for some laughs and mabe a couple of votes, i f.eks blew up an expirimental lab. :) Burnings now... pff, the current president does them.... reluctantly, knowing otherwise i´d call him out on it.

But more on that subject in a post specifically for #dcity politics.

I also run an abomination of a farm in the #dCrops game, i ended the current season somewhere below rank 30. ... for while tough i was neck in neck with some good duys, both @gamsam from the city and there the @Stickupboys are right ahead of me. so at least fine company in the 20-40 ish region of players, (1. division) (above being premier).

I also play Splinterlands seriusly, and am getting quite fascinated with the game, after having left and sold all my cards during the first price spikes. I am slowly rebuilding my collection, but that also is material for it´s own post.

Have a great day/night gaming. Good earnings and peace be with you my Hive friends! 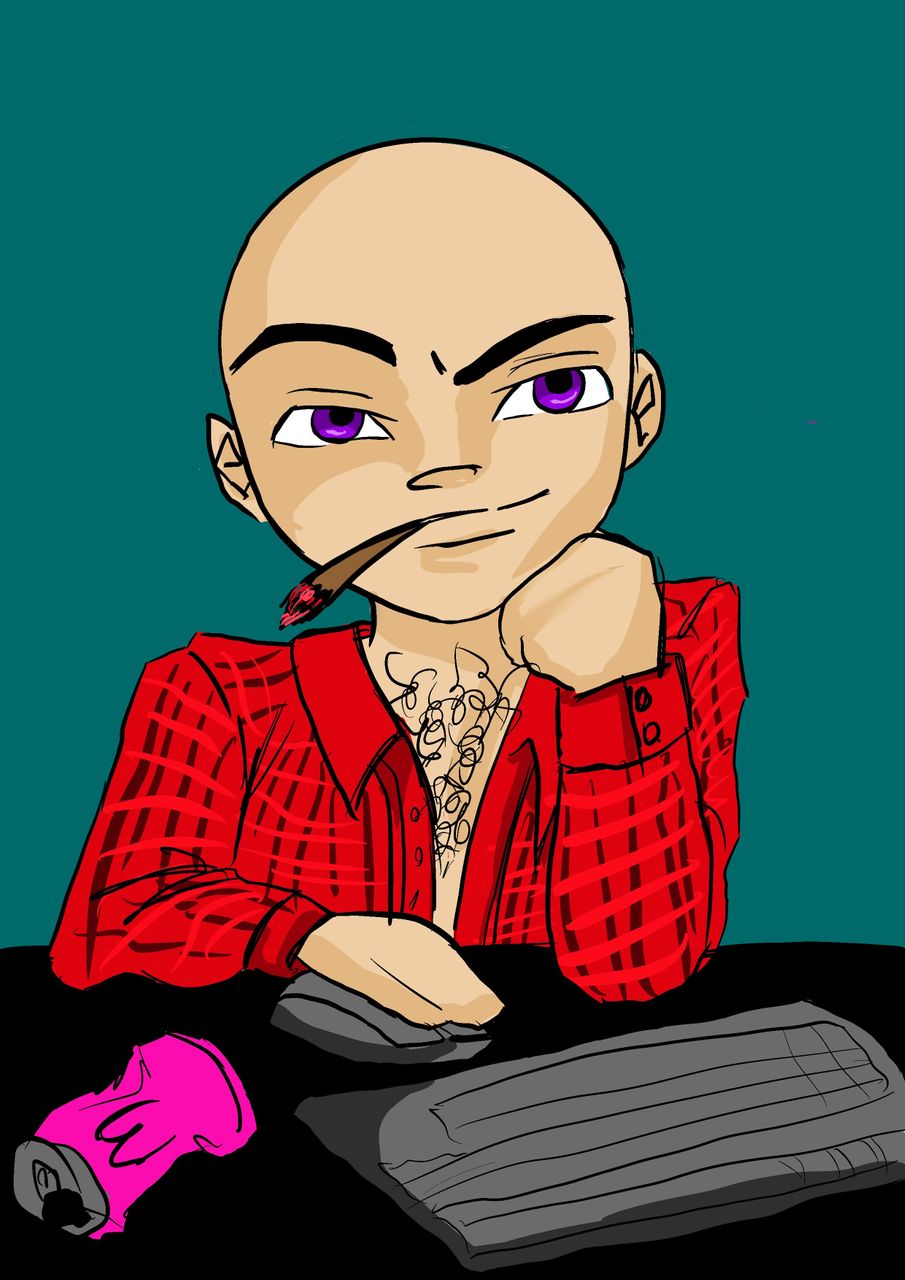 Image at end is also credited to my fiancé (who else would be drawing me)... :)

Best regards again! commenters can expect a rain of tokens and answers from me. please be active and let´s make this community AMAZING!

Written for the 1UP community 27. Oct . 2021
Text: Eythor "Playboy" Photo, (playboy as in playing video games... common, but that should be the name of my blog here)
Drwings. @amanda.yrr