On my Sunday morning walk & photography I was trying to snap some small insects in the grass but there was nothing that really caught my eye until I saw needle like figure floating by.

At first I wondered what it as, then it landed on a stalk of grass then I realized it was a very tiny and thin dragonfly. It looked as thin as a needle 🪡 thread and hence the nickname thread Dragonfly or Ito-Tonbo in Japanese. While they do look like dragonflies, they are a slightly different species known as Damselfly. Damselflies differ from Dragonflies in size and by the way they fold their wings. While dragonflies fold their wings flat and away from the body, damselflies fold them along their bodies to the side. 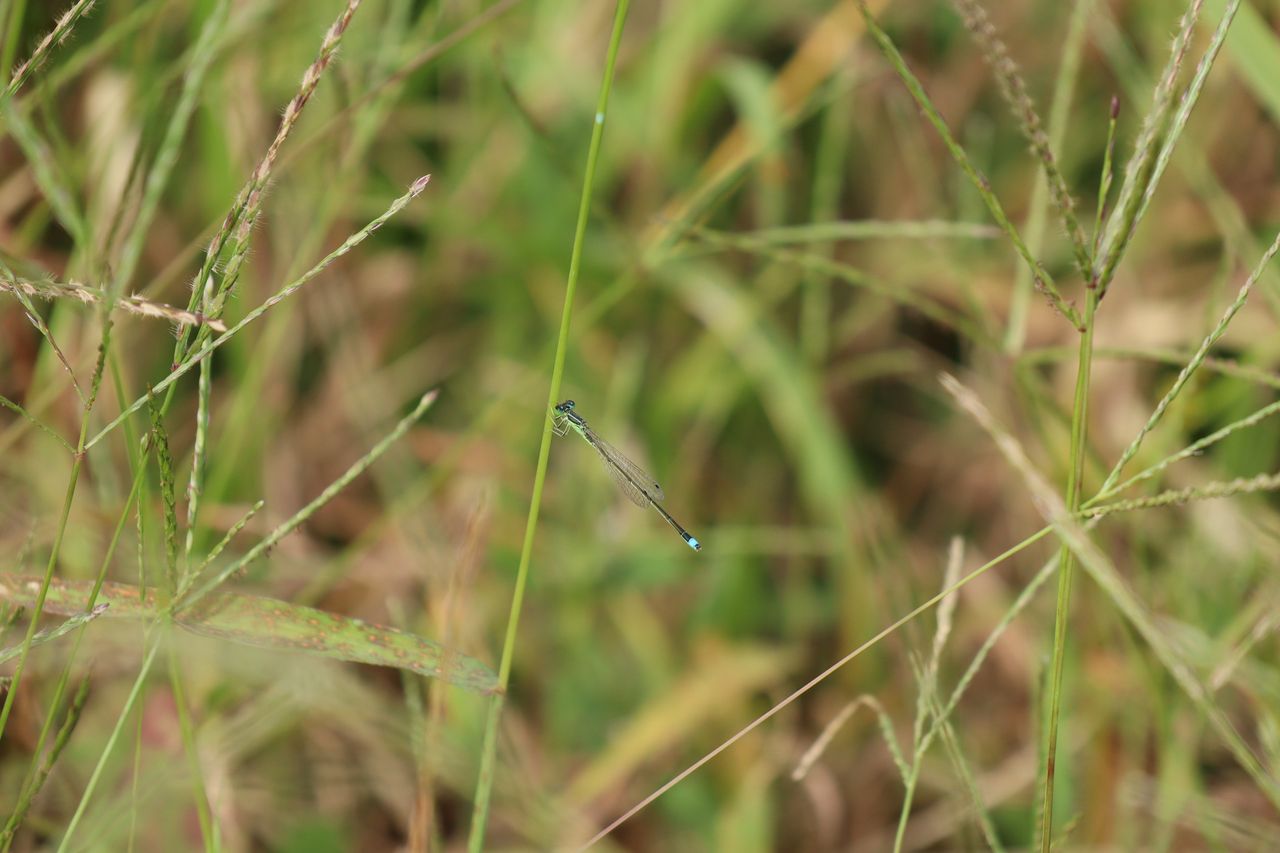 This specific species is called a BlueTail Damselfly, their colors have a neon look to them that makes it stand out even amongst the greenery, if one looks correctly.

Damselflies have elaborate courtship behavior which I was lucky enough to snap. They make a shape like a heart or a wheel with the male clasping the female at the back of the neck, the female then curls her abdomen down while lifting her tail to the base of the male's abdomen towards the secondary genitalia to pick up sperm. It is said that the pair often remain together with the male still clasping the female while she lays eggs in ponds or plants with a good water source. Damselflies are sexually dimorphic with the males having a more elaborate color. 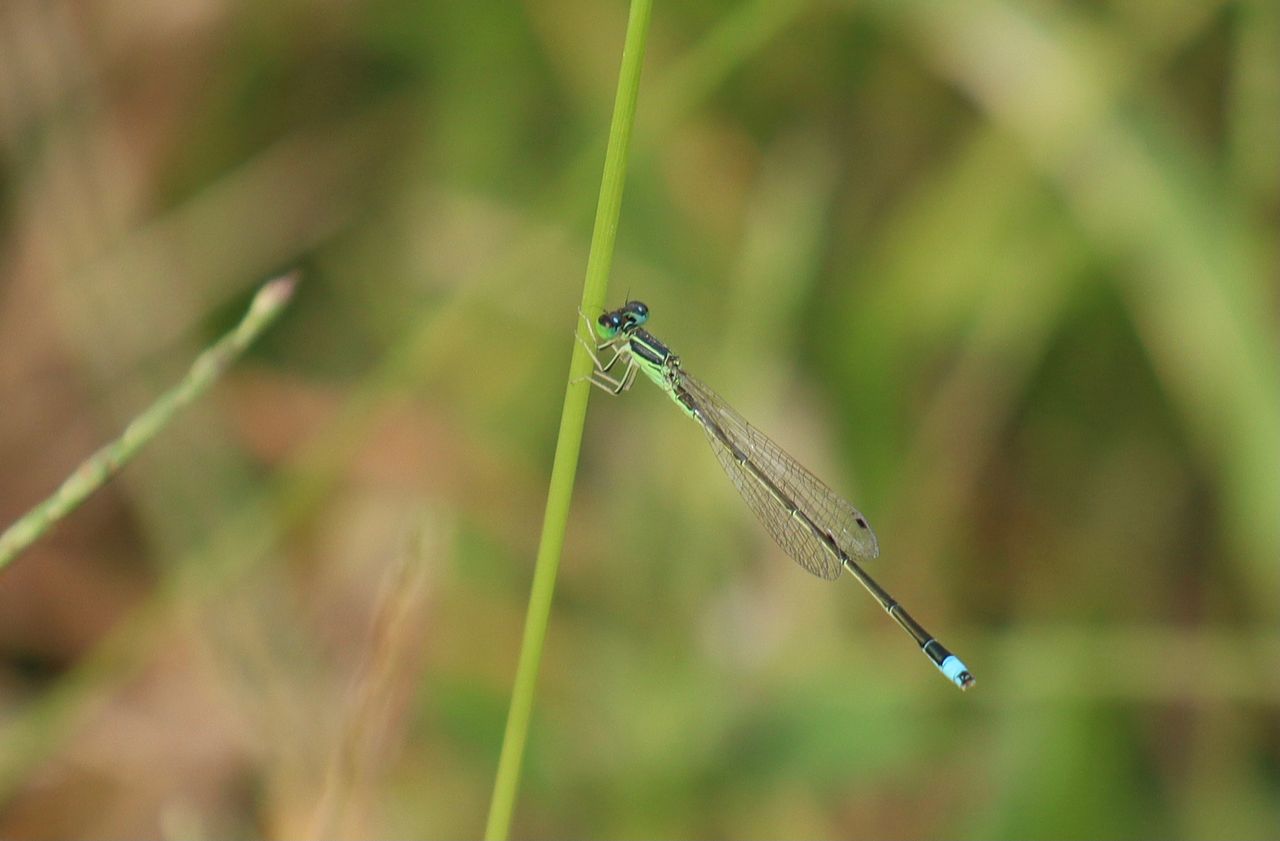 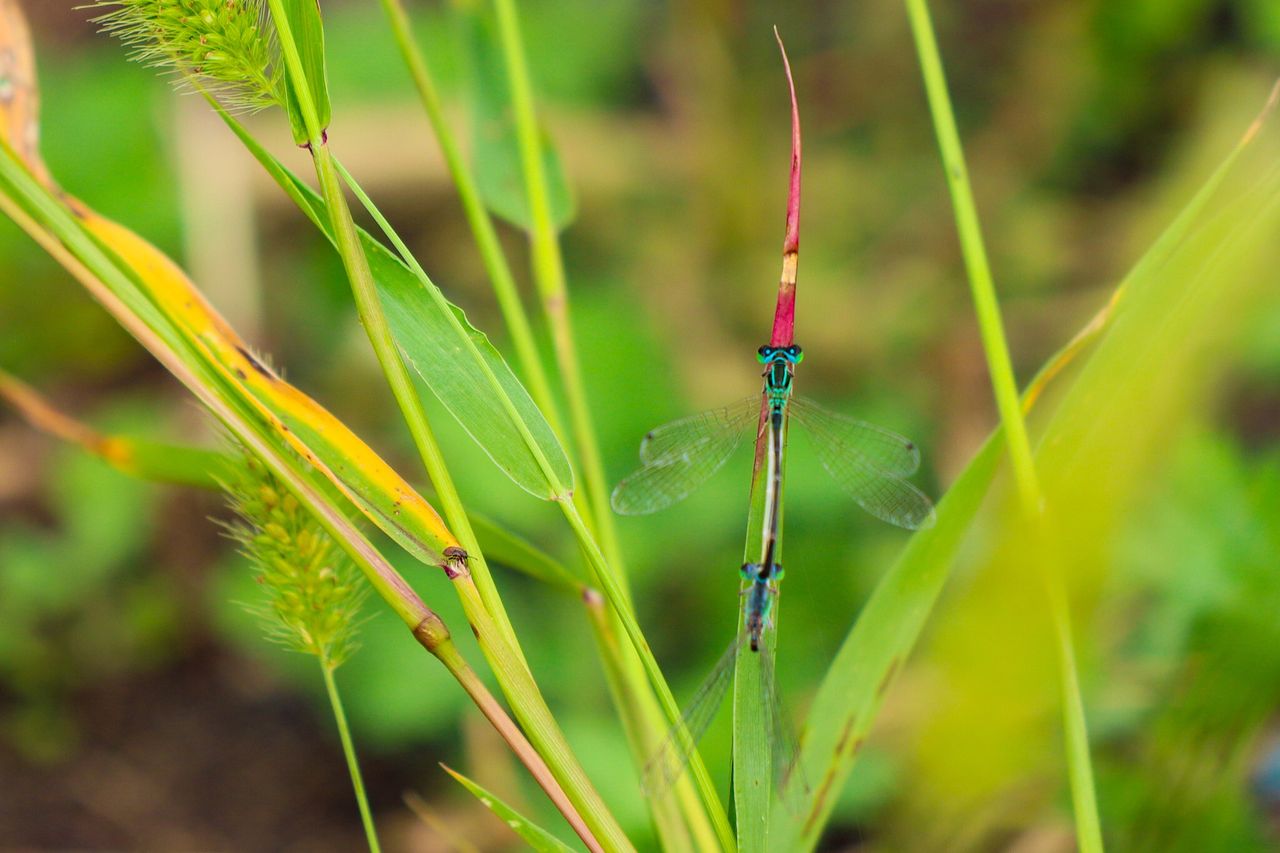 Damselflies are predatory, they eat smaller insects such as flies mosquitos and any smaller creature it fines while hovering over grasslands. The nymphs, which live in water are of the same nature. Surprisingly, damselflies are found on all continents except for Antartica. There are about 2942 extant species of damselflies in 309 regions, so these guys really do get around but not as much as dragonflies as they mainly stick to a smaller area. I really think I got some great shots here from different angles. I did a little editing in Adobe light-room to bring out the color a bit as the canon M50 can take some very pale looking photos at times. The damselfly is a fascinating and sophisticated insect in my opinion, the way they form wheels/hearts when they mate is a beautiful thing. I do hope you enjoyed these photos as much as I enjoyed taking them.