As many of you know I started playing guitar again last year after a 20 year break. At the start of the covid lockdowns I thought guitar playing would be a good hobby to relieve the boredom. For the most part it worked out great, I haven't really been able to put the guitar down since.

Shortly after I purchased my Jasmine guitar off Amazon my cousin had stopped by and was listening to me play. She decided to pick up a guitar also and the next day picked up an Ibanez AEG50N from guitar center. She played it for a couple weeks and lost interest.

So we have a big Sunday dinner each week with the family and she told me at dinner she was thinking about selling all her guitar stuff because she just didn't have time to play.

Immediately I told her I'd buy it. She played the thing for about a month, it's basically a brand new guitar. Then she gave me the "family" discount and I couldn't refuse.... My cousin always hooks me up, she's the best! So I got a new guitar, a really decent gig bag, and a guitar stand for the staggering price of $100! SCORE! YES... She's getting an awesome gift for XMAS this year! 🤣 I feel like xmas came early for me! She's so awesome. I even offered to pay her more and she refused. I did take her out for dinner afterwards though!

So here it is, my new guitar! This is an Ibanez AEG50N Acoustic Electric Classical Guitar. This is the guitar sitting in the Proline stand it came with. If you're interested in specs here's a link to the Ibanez page about the guitar.

It has a black front and the back is natural wood color. It has a very glossy finish with the exception of the neck which is a satiny finish and plays nice and smooth. It has a walnut fretboard and the tuning pegs and guitar strap knobs are gold tone. It looks like a much more expensive guitar than it is. Currently retails around $300 new. It also has a probably faux mother of pearl inlay around the sound hole and for the brand name. The tuning knobs seem a little cheaply made but it stays in tune and they look nice. This is probably my least favorite feature of the guitar, but I do love the look! 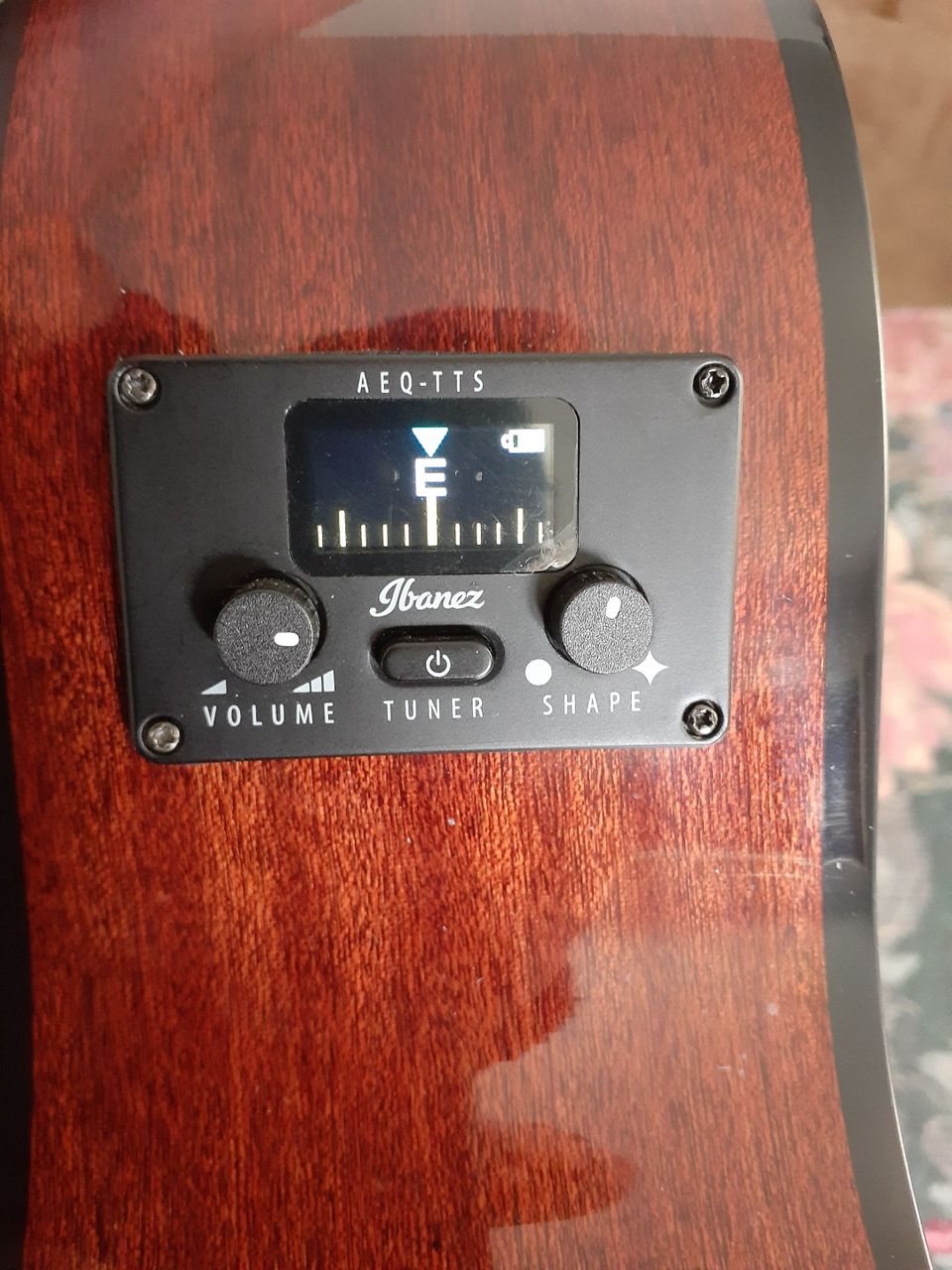 It has a built in tuner that runs on a 9 volt battery. The tuner shuts off automatically after a couple minutes. That's kind of a nice feature. My Fender tuner never shuts off and I go through a lot of batteries because of it!

The volume and shape knobs are for when it's plugged into an amp. I did plug it in and sounds great amplified as well.

This is a huge upgrade from my Jasmine. Here's a picture from the day it arrived. The Jasmine is a $125 guitar I ordered new off Amazon. It's a great guitar and plays better than most guitars in it's price range IMHO. I love playing blues on it, but I wanted a classical guitar for fingerstyle and playing classical. (I suck at both styles but I'm slowly learning.)

I'll probably post a review vlog and play a little on 3Speak in the next week or so. I just want to get used to playing the new guitar a little. I'll try to find a more traditional arrangement to play as well. With the new camera and external mic hopefully I can get some decent sound quality, and maybe I'll start posting more guitar related stuff soon.