Each of these facts comes from official mainstream sources, and a link is provided below with sources and additional info. There are probably 100 reasons I won't take the covid vaccine, but I'm going to give you my top 5. ( Pro-vaxxers won't look at the data or have the debate. On the other hand, I welcome debate, I INSIST on looking at the data, and I don't make health decisions based on politics. Let's look at the facts, and welcome discussion! Truth fears no just inquiry! )

For my latest writeup and links to sources for this information, click here.

I'm already immune to the virus. SarsCov2 swept through this area (Okanagan, British Columbia, Canada) more than a year ago, before we had a name for it. I was just getting over it when the mainstream started talking about it in March. I have continued to live my life, never wearing a mask, even in places where masks are mandatory. I take vitamins C and D, Zinc, and colloidal silver. I get sunshine and fresh air. I haven't had a single cold, let alone Covid, in a full year. If my natural immunity were to someday wear off, my immune system will defeat the virus even easier if I encounter it again.

On top of that, for 5 years I have suffered from an undiagnosed neurological and/or autoimmune condition, similar to Multiple Sclerosis (MS), with constant nerve and joint pain, muscle twitching, blurred vision, unexplained sensations, unwanted movements, balance problems, bladder issues, fatigue, insomnia, and a number of other symptoms involving malfunctioning nerves. It's very hard to distinguish my regular issues from that of a cold, like Covid. I have essentially had "Long Covid" since 2016. More importantly, there's no way to tell how my immune system would react to an experimental mRNA vaccine that involves hijacking the immune system. Many countries have banned the vaccine for people with autoimmune or neurological conditions. I currently have no way to obtain proper diagnosis or treatment, with almost everything closed due to the pandemic. Even before the pandemic, I wasn't able to get a diagnosis, because Canada's health care system is abysmal, and I'm not able to find a local GP to take me on as a patient. Taking an experimental vaccine is risky for a healthy person, and indeed, many have suffered neurological damage, autoimmune reactions, and death. For me, the risk is that much higher.

I believe any one of those reasons is reason enough to opt out of this rushed mass vaccination program.

There are literally only two potential reasons to want the vaccine:

But since I have never carried a smart device, and would never accept digital tracking of my every move, that 2nd reason doesn't appeal to me. And the 1st reason isn't much of a reason at all. I have to ask: What is the point? 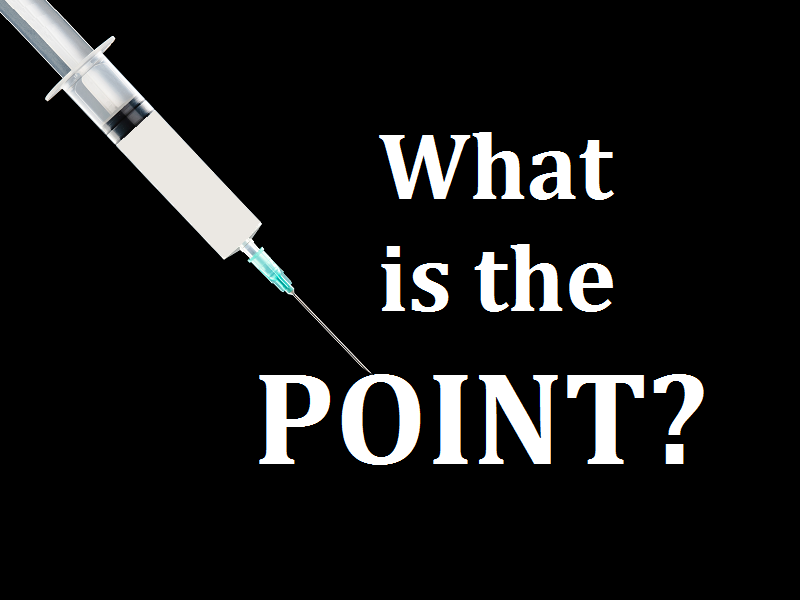 My family and I will not be "vaccinated".

The virus isn't very dangerous, and there are several safe methods known to prevent and treat it. The vaccine has known risks - including death - and doesn't prevent infection. The pandemic is already over. Threats of looming waves and terrible mutant variants are having an ever-decreasing impact.

Facts are increasingly chipping away at the crumbling official narrative.

PS: Another great post on this topic, just uploaded by my friend @JasonLiberty, can be found here.