Syrian President Bashar Assad took the oath of a new 7 years term in office against all odds and most importantly against the combined efforts of some of the world's superpowers, super-rich countries, hundreds of thousands of suicide-bombers vicious terrorists, all of NATO member states, their regional stooges, and even countries you usually won't hear of in the media due to their non-importance on the international level yet they joined the US-led efforts to topple the Syrian President over more than 10 years. After taking the oath, President Assad delivered an hour-length speech in which he outlined his new strategy and plans for the new term emphasizing on liberating the areas which are still under the occupation of either directly by NATO member states the USA, Britain, and Turkey, or their proxy terrorist groups like the Kurdish SDF in northeastern Syria, Al Qaeda and ISIS-affiliated groups in Idlib province, and the Syrian Golan occupied by Israel.

President Bashar Assad gave an important part of his speech to talk about the economic challenges facing the US-led blockade and economic sanctions under the unprecedented regime of sanctions dubbed Caesar Act, and the occupation of oil and gas fields by Biden troops and their Kurdish SDF terrorists depriving the Syrian people of their essential food and fueld supplies. The Syrian president urged the private sector to actively work with the public sector in alternative energy projects like the one initiated a few days earlier, as he noted, which will deliver 100 megawatts of electric power in the Adra Industrial City, the power which will be sufficient for the industrial city current needs which will allow the electricity it currently consumes to be diverted back to the national grid.

----
Your objective comments are always welcome. 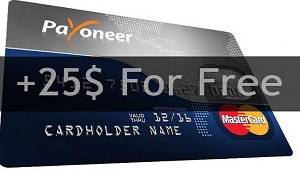 Donations are highly appreciated, just click on the Donate button via PayPal or Credit Card: Donate

You can also donate with Hive or HBD or even delegate some much-needed HP.