Transform the material world by manipulating us psychically. 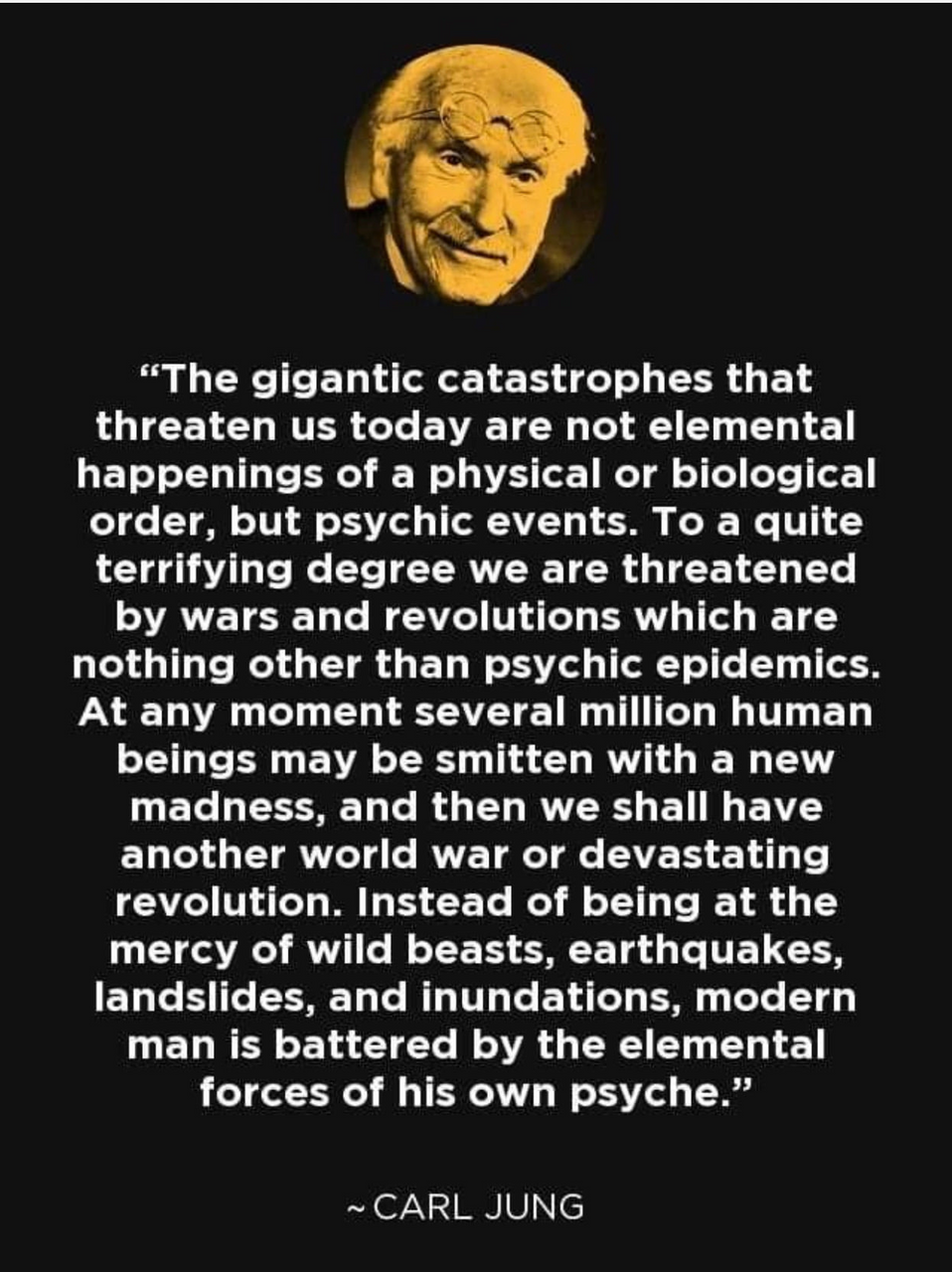 I read this Carl Jung quote quite some time ago and came to some initial conclusions but I have since then, read it several times; as it is so full of surprising twists of thought.

I further was led to consider how long ago it was written, which reminded me of how long ago it was that another wise guy, Rudolf Steiner, expressed similarly complex thoughts on the role of the “numinous" in the face of such similarly profound conflicts as he perceived in his even earlier time, at the turn of the 20th Century.

Perhaps like me, some of you may lately be experiencing new levels of difficulty and frustration at trying to get a workable “handle" on our crazy state of affairs and on our various relationships.

All of last year was a complete cacophony of crazy, but now it feels like that earlier level of “noise” has bifurcated and multiplied several times.

In the face of such thrashing turmoil, what I feel I need to do is figure out how to hit “reset” and get my head out of the sloggy media “quicksand,” which I do not and cannot ever really “own” or even partially control, it being so much a coveted possession and controlled agenda of the “dark” corporatocracy, and their air-tight "propaganda operating system" (POS.)

The alternative idea I've come up with is to try and put my head inside a more psychic frame that I might at least come closer to owning and wherein the “battle” I wage is not against waves of totally crude-ass shit... like television, hatred, fear, brute force, politics, misinformation and tragic genocide - all too familiar territory for the Luciferians, but not for most of us.

So, the idea is to instead position myself alongside more benevolent and subtle frequencies(and beings) as we might come to encounter within the more sacred space of “metaphysical” experience.

Intuitively, it seems to me an important step to take, if I am to engage with "our" world at more engaging, fun and subtle “spiritual” levels - which is something of a requirement for me.