I'm BEYOND Beyond Burgers!

If you replace your car's door, is it the same car? What about if you replaced each piece of the car, one at a time, so that at no point the car was disassembled. Is it still the same car? This is kind of what I'm wondering about Beyond Burgers. I originally got hooked on a version of Beyond Burgers that was high protein, low carb, and with a texture uncanny to ground beef. I remember an original beyond burger that was made out of whole mung beans, in addition to pea and mung bean protein. The recipe has slowly degraded, with the addition of rice, increase in coconut oil, and a swap from mung beans to bean and pea protein.

In 2020, I started purchasing Beyond Burgers in bulk, at a place I won't name, for they made masks mandatory before the province did, to set precedence and social engineer. Nope, it wasn't Walmart. At that time, it was undeniable that the product had changed. What was once a lumpy, hand-formed burger that resembles a ground beef patty, became a squishy, homogeneous paste formed into a perfect puck, that oozed coconut oil. The taste and texture are now horrible, and you're hungry afterwards from a blood sugar spike and instead of satiated. 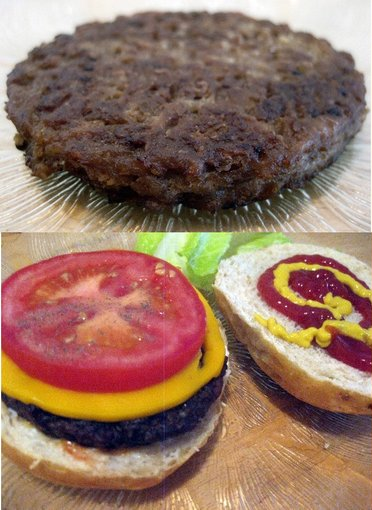 Above: The original Beyond Burger that resembled ground beef

The high price for Beyond Burgers used to seem reasonable: it was a novel product with high-quality ingredients. As the recipe degraded, the cost of the burgers never came down, except for finding them in bulk, so what's the point?!

Talk about a bait and switch!

I was happy for the rise of vegan options, when it was grassroots, but since Gates pulled a pump-and-dump investment with Beyond Burgers, the quality undeniably degraded. This unfortunately makes it difficult to talk about these products and veganism, because people are very angry, suspicious, and polarized. Meat-eaters think that the elite want us to eat soylent green patties instead of meat as a part of some agenda. The vegans think that factory-farming is one of the biggest environmental threats we face. Guess, what?! They're both right! It is unsustainable. Yes, the Elite do want to take away your meat. 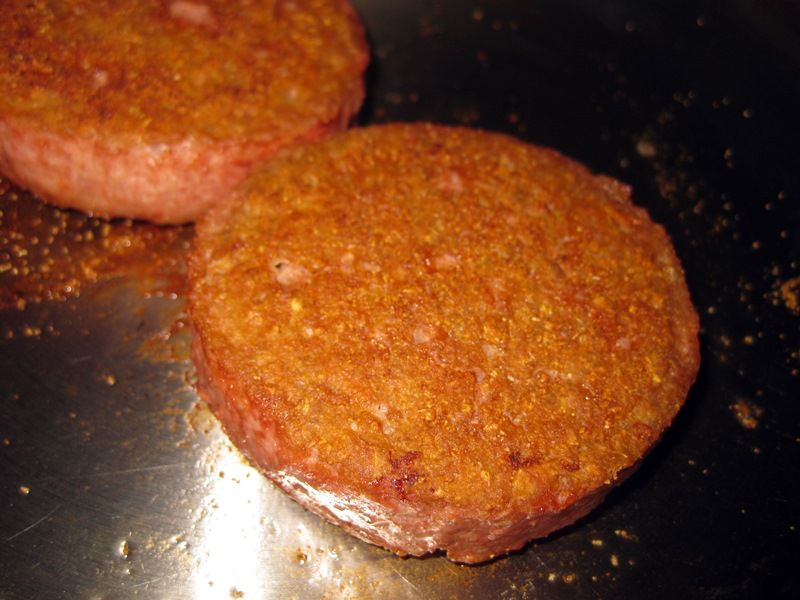 New Beyond Burger. Note the only texture is added garlic powder!

But how can Bill Gates take away your meat? If you hunt, that's not possible. Most meat eaters buy meat from factory farms. So, they use Bill Gates as a proxy to avoid the topic. Veganism = Bill Gates = agenda = I am right to not be vegan.

Animal products are survival food, and instead of hunting for survival (and being thankful like the Natives of this land), we make an industry and egocentric lifestyle out of it which has made us fat! The result of such high demand is factory farming which is unsustainable to the planet. It is also an epic holocaust of animal suffering which generation after generation is born into and dies in. SOUND FAMILIAR?! 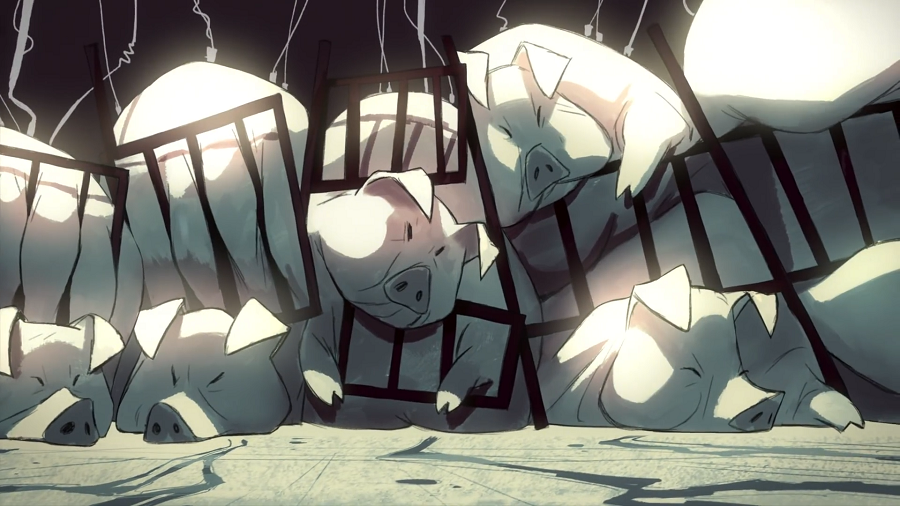 In Shadow, a Modern Odyssey

Being born into a short, torturous existence that you, powerlessly, must leave to your children - sound familiar? And then you have the audacity to cry "conspiracy, elite agenda!" You are simultaneously a victim and an oppressor; free yourself by freeing your victims! It's not going to serve you well to avoid the issue with proxies like Bill Gates. He's buying up all the farmland after all. Are you going to stop eating produce? Grow your own maybe? How many vegans grow their own produce or buy it from a Farmers Market? Hmmm, seems like we have more in common than we thought.